Accessibility links
Can Red Flag Laws Help To Prevent Mass Shootings? : Shots - Health News President Trump wants to expand laws that allow courts to intervene when someone shows signs of pending violence, and lawmakers are getting behind the idea. But are these laws effective? 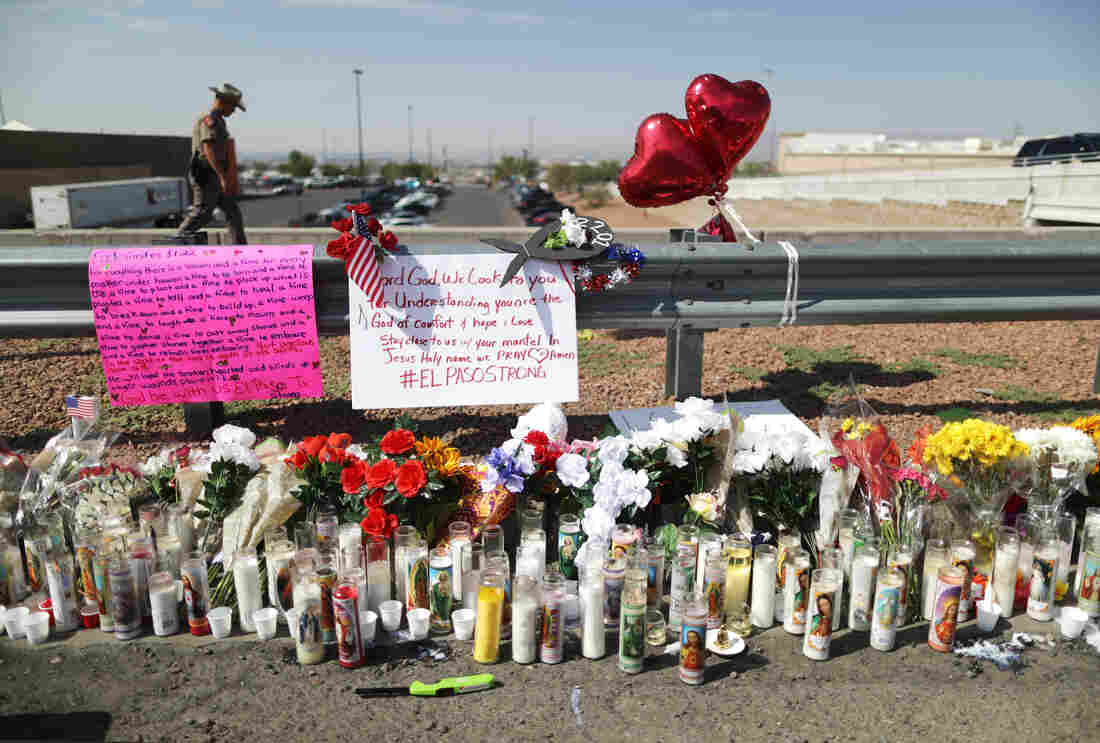 A makeshift memorial is set up outside Walmart, near the scene of Saturday's mass shooting in El Paso, Texas. Lawmakers in some states have passed what are known as "red flag" laws to prevent such shootings. Mario Tama/Getty Images hide caption 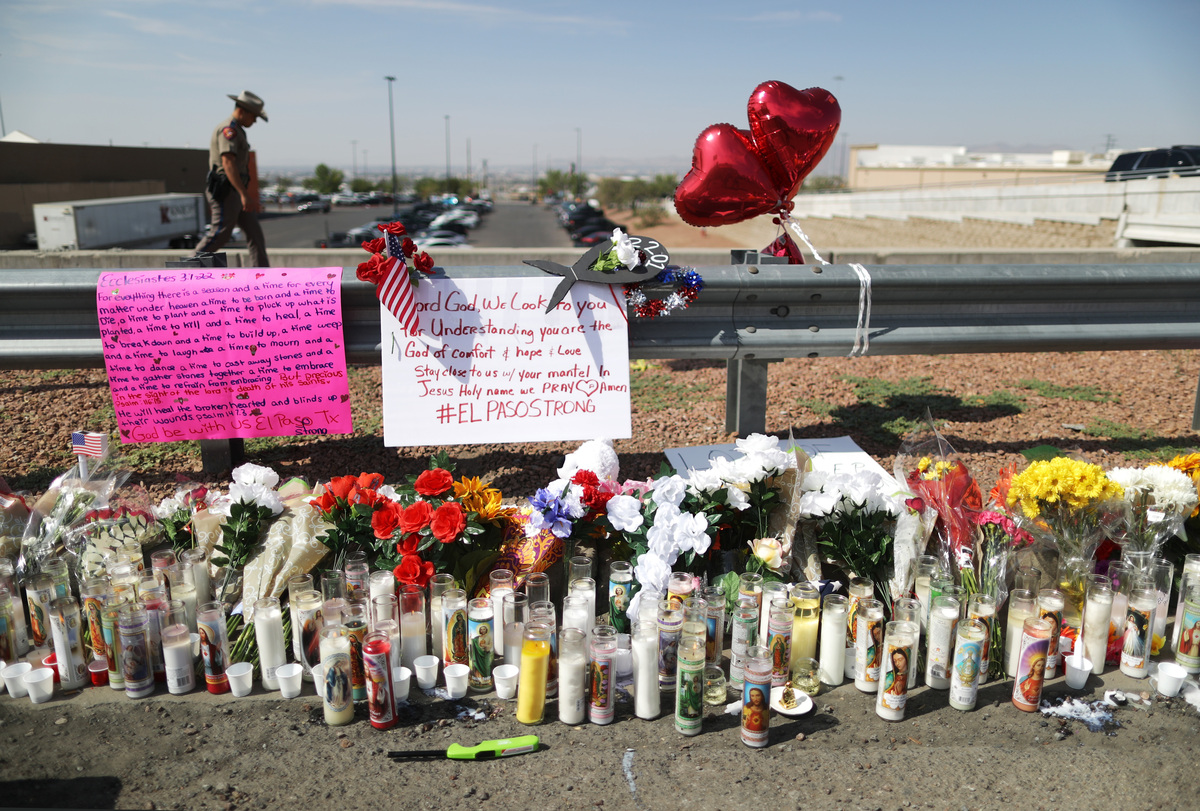 A makeshift memorial is set up outside Walmart, near the scene of Saturday's mass shooting in El Paso, Texas. Lawmakers in some states have passed what are known as "red flag" laws to prevent such shootings.

In his response Monday to mass shootings in El Paso, Texas, and Dayton, Ohio, President Trump called for an expansion of state laws that temporarily prevent someone in crisis from buying or possessing a gun.

A flurry of states have recently passed such laws — known as extreme risk protection orders — that allow a court to intervene when someone shows warning signs of impending violence. Although the laws — also sometimes called "red flag" laws — are widely supported by gun control groups and mental health advocates, others note that the measures alone won't solve the nation's gun violence epidemic.

Trump said the shooter in the Parkland, Fla., massacre last year "had many red flags against him, and yet nobody took decisive action; nobody did anything. ... We must make sure that those judged to pose a grave risk to public safety do not have access to firearms, and that if they do, those firearms can be taken through rapid due process."

About half of those who commit mass shootings show warning signs that they were a threat to themselves or others, according to Everytown for Gun Safety, which advocates for stricter measures to reduce gun violence.

Sen. Dianne Feinstein, D-Calif., has introduced a bill to provide federal funding to states to put such laws into practice. A similar bill has been introduced in the House by Rep. Salud Carbajal, D-Calif. After Trump's Monday speech, Sen. Lindsey Graham, R-S.C., says he and Sen. Richard Blumenthal, D-Conn., have agreed to get the bills passed.

A 2018 poll found 85% of registered voters support such legislation.

Advocates say protection orders address gaps in federal law, which bars people from having guns only if have been convicted of certain crimes, if they are determined to have a mental illness or have been involuntarily committed to a psychiatric hospital, or if they're subject to a final domestic violence restraining order. People who don't meet these criteria are still able to buy and keep guns, according to federal law, even if they display warning signs of impending violence or suicide.

Protection orders "take guns out of the hands of those who should not have them without infringing on the rights of law-abiding gun owners," says Dr. Mark Rosenberg, who oversaw gun violence research at the Centers for Disease Control and Prevention.

Protection orders are a "vital tool" that allows the people who are most likely to notice when a loved one or community member becomes a danger to take concrete steps to disarm them, according to the Giffords Law Center to Prevent Gun Violence, a San Francisco-based advocacy group named for Gabrielle Giffords, a former congresswoman who survived a mass shooting.

The National Rifle Association, which typically opposes efforts to restrict access to guns, has said it supports state protection orders, as long as the laws include certain provisions to ensure gun owners' rights.

Yet the evidence that protection orders reduce gun violence is more "suggestive" than definitive, Rosenberg says. No one has performed a large, long-term study of the state laws, mainly because of a congressional amendment from the 1990s that discouraged federal agencies from studying gun violence, he says.

"It's a horrible shame that we don't have evidence about what works to prevent gun violence," Rosenberg says.

"Four percent of violence in this country is attributable to mental illness," says Ronald Honberg, a senior policy adviser for the National Alliance on Mental Illness. "That means 96% of violence is not. So if somehow we were miraculously able to cure mental illness, which we're far from being able to do at this point, we would not be appreciably reducing violence."