Why Competition Hasn't Brought Down The High Price Of Snakebite Treatment

Why Competition Hasn't Brought Down The High Price Of Snakebite Treatment 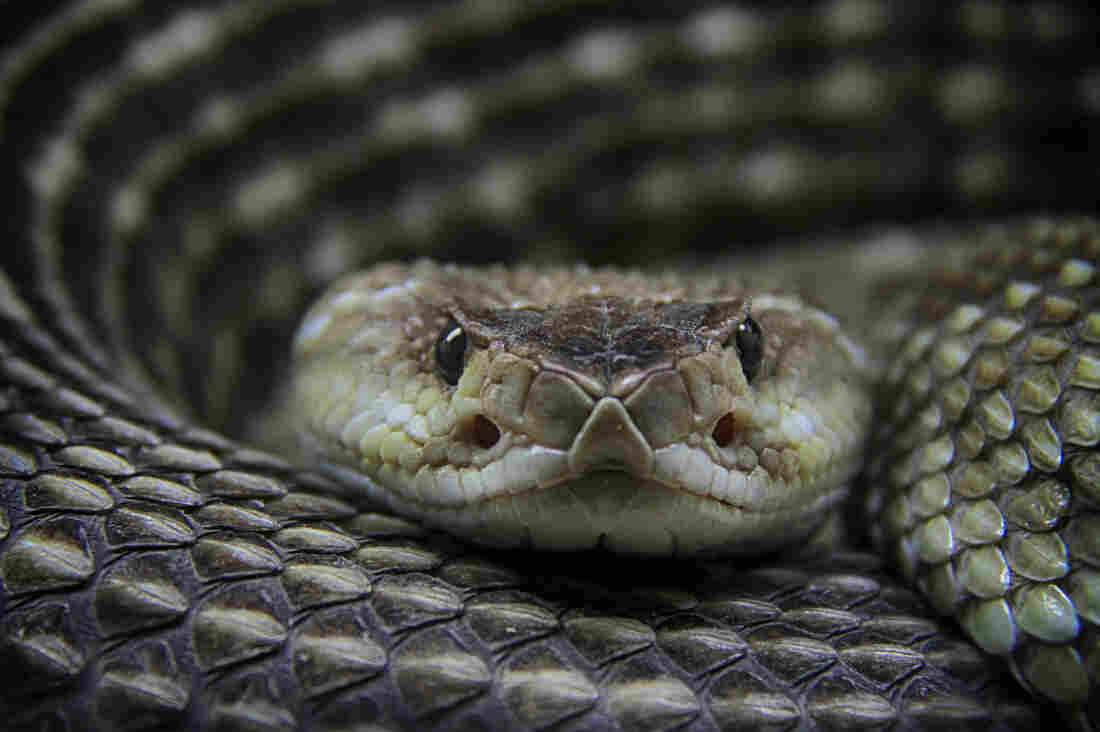 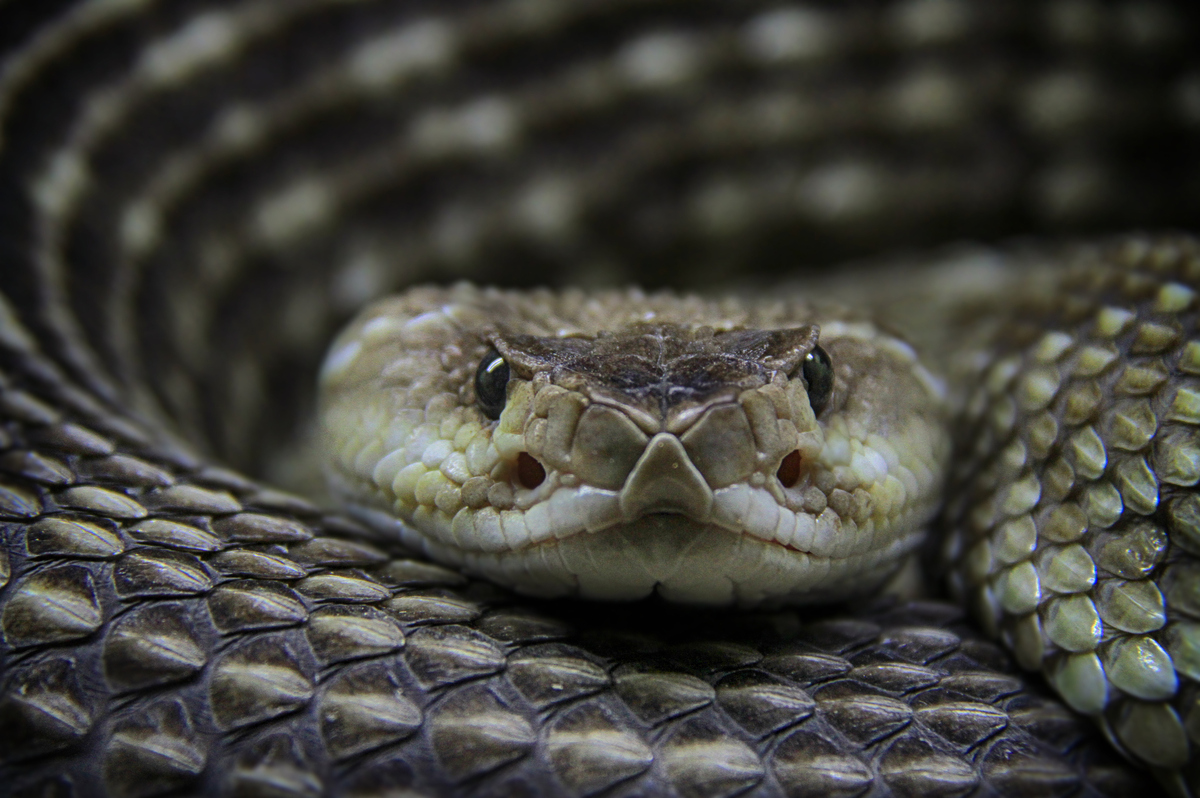 Dr. Steven Curry, a medical toxicologist and professor at the University of Arizona, has treated snakebites since the 1980s — long enough to remember when the treatment represented its own form of misery.

The first medication Curry used sometimes caused an immune reaction called serum sickness — patients broke out in a severe, itchy rash. Then, about 20 years ago, the snake antivenin CroFab entered the market and dramatically reduced the adverse reactions associated with treatment, he says.

But the drug came with a sky-high price tag. In one case reported by NPR and Kaiser Health News, an Indiana hospital last summer charged nearly $68,000 for four vials of CroFab.

Now, CroFab faces competition from a snake antivenin called Anavip. Curry says the health system he works for in Phoenix — Banner Health — is using the new drug as its first line of treatment. It is switching, he says, because Anavip could reduce readmissions by better controlling bleeding associated with a snakebite and lead to "substantial savings" for the hospital.

But few experts who study drug laws and drug prices expect this competition to reduce the cost for patients. Legal wrangling, the advantageous use of the patent system and the regulatory hurdles in creating cheaper alternative drugs stymie any serious price competition.

Indeed, the antivenin can be considered a case study of why drug prices are so high: Head-to-head competition between brand-name medicines may not meaningfully reduce prices.

"When we allow a system of perverse incentives to flourish, this is the result we get," says Robin Feldman, a professor at University of California, Hastings College of the Law in San Francisco, who specializes in pharmacy law.

After being approved by the Food and Drug Administration in 2000, CroFab was the only commercially available snake antivenin in the United States.

That gave the drug's British manufacturer, BTG, "a lot of latitude to determine what price it's going sell its product at," says Aaron Kesselheim, a faculty member at Brigham and Women's Hospital in Boston who studies pharmaceutical policy.

The Centers for Disease Control and Prevention reports that roughly 8,000 people in the U.S. each year are bitten by venomous snakes, which means there's not a huge market for antivenin. But victims desperately need the remedy. Snake venom can cause tissue damage, hemorrhaging and respiratory arrest — in other words, a painful death.

Having had the market all to itself for years, CroFab has quadrupled in price since its launch, according to data from the health technology company Connecture. Today, the list price for wholesalers for the medicine is $3,198 a vial and the recommended starting dose for a patient is between four and six vials.

CroFab generated more than $132 million in revenue for its parent company, according to BTG's 2019 annual report. The antivenin represented 14% of the firm's total revenue.

Anavip, the competitor drug that was launched in October, is priced at $1,220 per vial for wholesalers, and the recommended initial dose is 10 vials.

That's a "sustainable price that keeps us in business," says Jude McNally, president of Rare Disease Therapeutics, a Tennessee-based company that markets Anavip in the U.S. (The drug is made by a Mexican company.) McNally says he has no plans to lower the price.

In practice, the prices for these drugs are closer than they appear.

Doctors need to use a higher starting dose of Anavip than of CroFab. Taking that into account, the difference in wholesale price from Anavip shrinks to about $500.

McNally says RDT "has done what we can to reduce initial and subsequent health care costs" with Anavip. He also noted that the package insert for CroFab recommends that patients receive additional doses on a timed schedule if needed to control the damage from the snakebite, making treatment more expensive.

In general, Kesselheim says, direct competition between two drugs can reduce prices for consumers by 15% to 20%. But "if you're starting at a very high price," he says, "it may not be helpful for patients."

Cheaper alternative versions of brand-name drugs can drive prices down. But an analysis by Kesselheim and his colleagues, described in the New England Journal of Medicine in 2017, found this tends to happen only after three or more generic drug manufacturers enter the market. At that point, the increased competition can offer generic drugs that are priced at 60% (or less) of the brand name's initial price per dose.

That didn't happen with antivenin. Manufacturers face bureaucratic challenges to making a cheaper, copycat drug to compete with CroFab and Anavip. These snake antivenins are biologic drugs — complex medicines made from live cells. Congress created a unique pathway for the FDA to greenlight cheaper equivalents to biologics, called biosimilars, in 2009.

As of July 23, the agency has approved 23 biosimilars. In contrast, European countries enjoy a larger, thriving market of biosimilars that are sold at a fraction of the U.S. cost.

In the U.S., even when the FDA approves another drug, the maker can manipulate the patent process to keep competitors out. A patent allows a drug manufacturer to claim ownership of certain product information and bar others from making, using or selling a drug based on the protected content for 20 years. This gives manufacturers a powerful edge – they can sue potential competitors for patent infringement.

"The most creative activity in the drug company should be in the lab, not in the legal department" says Hastings law professor Feldman, paraphrasing a former FDA commissioner.

Indeed, it was lawyers who helped BTG make even more money. When the makers of Anavip first wanted to enter the snake antivenin market in 2013, BTG sued them; the companies settled the case in 2014. In the agreement, Anavip promised to pay BTG royalties on its sales of antivenin until 2028.

BTG intends to maintain its market dominance, says spokesman Chris Sampson, by using strategies that include improving the CroFab formula. He also says the company doesn't plan to lower the drug's price.

"If your question is 'Are we ready for the competition?' " Louise Makin, CEO of BTG, told investors in a May 2018 earnings call, "we are ready — we are absolutely ready."