Accessibility links
Why An Effective Opioid Addiction Treatment Is Not Stocked In Many Pharmacies : Shots - Health News It can be hard enough finding a doctor who prescribes buprenorphine, a medication used to treat opioid addiction. But patients also report difficulty with pharmacies that refuse to stock the drug. 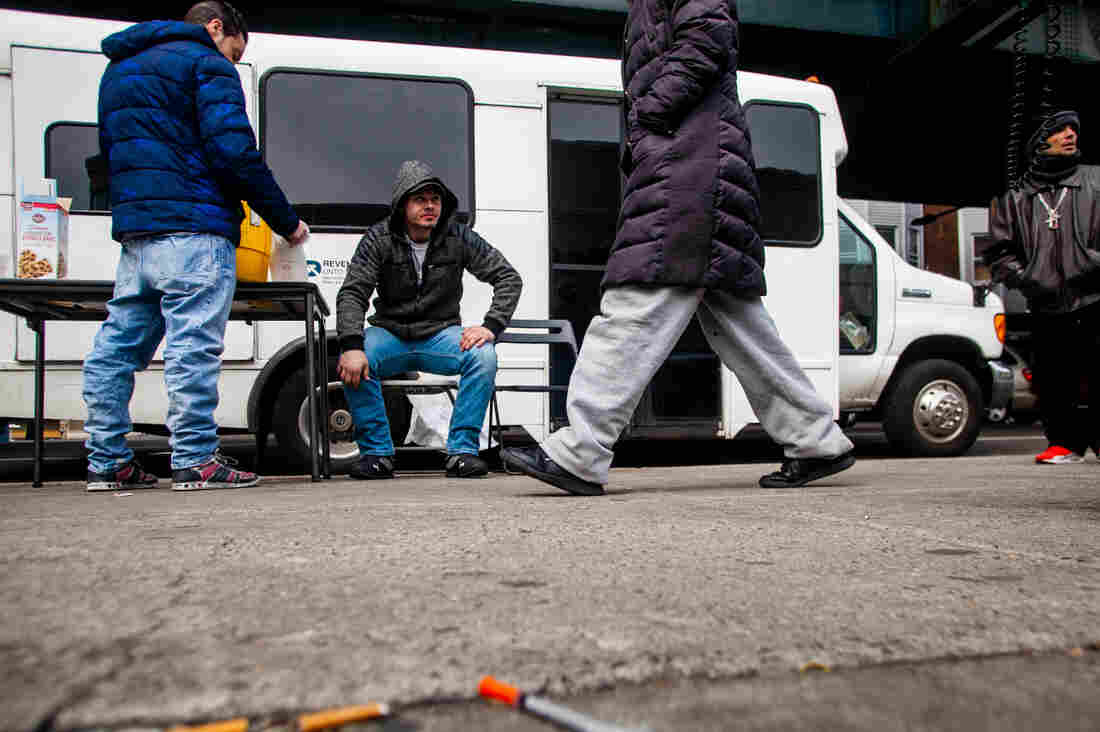 A bus run by the organization Prevention Point parks at Kensington and Allegheny avenues in Philadelphia to offer harm-reduction services to drug users in the area. Louis Morano (center), who was visiting the Prevention Point bus for the second time, sits outside and waits to be seen by Dr. Ben Cocchiaro. Brad Larrison for WHYY hide caption

Louis Morano knows what he needs, and he knows where to get it.

Morano, 29, has done seven stints in rehab for opioid addiction in the past 15 years. So, he has come to a mobile medical clinic parked on a corner of Philadelphia's Kensington neighborhood, in the geographical heart of the city's overdose crisis. People call the mobile clinic the "bupe bus."

Buprenorphine is a drug that curbs cravings and treats the symptoms of withdrawal from opioid addiction. One of the common brand name drugs that contains it, Suboxone, combines the buprenorphine with naloxone.

Combined with cognitive behavioral therapy, buprenorphine is one of the three FDA-approved medicines considered the gold standard for opioid-addiction treatment.

Morano has tried Suboxone before — he used to buy it from a street dealer to help him get through his workday when he couldn't use heroin. It kept the sick feelings of withdrawal at bay. So he has a sense of how it will make him feel, though he has never been prescribed it. He used to think of it as a crutch. But now, he is committed to his recovery, and buprenorphine is key.

"I can't do this anymore," Morano says. He wants the medical support.

The bupe bus is a project of Prevention Point, Philadelphia's only syringe-exchange program, and is part of the city's efforts to expand access to this particular form of medication-assisted treatment for opioid addiction.

Morano is first in line. After a short time, the heavy doors of the bus heave open and Dr. Ben Cocchiaro waves Morano inside, where they squeeze into a tiny exam room. Together, Cocchiaro and Morano discuss how buprenorphine might help Morano's recovery be more successful this time, as well as if he's open to seeing a therapist. Cocchiaro gives Morano instructions on how to take the medication and then calls a pharmacy to authorize a prescription.

To date, much of the research on barriers to buprenorphine access has focused on the fact that there are too few medical providers available to write the prescriptions. 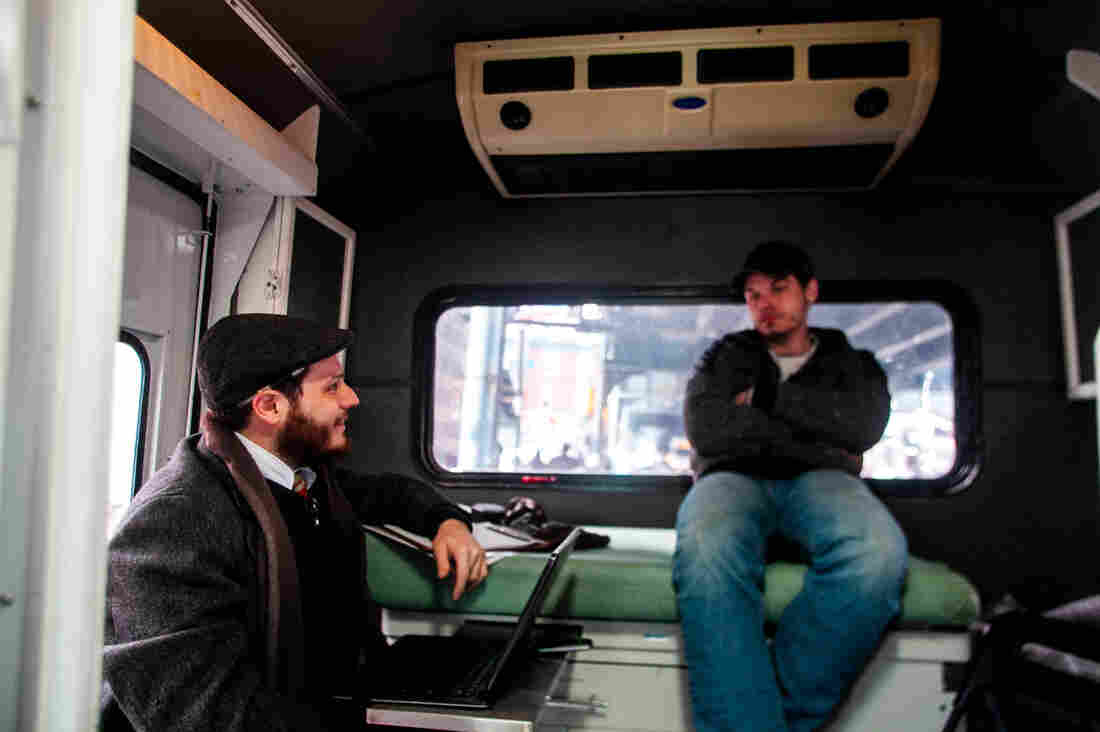 Inside the exam room on the "bupe bus," as the mobile medical clinic is called, Dr. Ben Cocchiaro and Louis Morano talk over Morano's options. Morano says he's committed to his recovery this time and wants the support of buprenorphine to help him quit heroin. Brad Larrison for WHYY hide caption

According to federal law, doctors must apply for a special waiver from the federal Substance Abuse and Mental Health Services Administration to prescribe buprenorphine. To get the waiver, a doctor must undergo eight hours of training — and, initially, can prescribe the drug to only a maximum of 30 patients at any one time. Given these constraints, many doctors don't bother.

But, according to people active in addressing the opioid crisis, some pharmacists also prevent many opioid users who need buprenorphine from getting it.

"We can write a bunch of prescriptions for people," says Dan Ventricelli of the Philadelphia College of Pharmacy. "But if they don't have a pharmacy and a pharmacist that's willing to fill that medication for them, fill it consistently and have an open conversation with that patient throughout that treatment process, then we may end up with a bottleneck at the community pharmacy."

Pharmacists frustrated by remedy's street use

There are a number of reasons some pharmacists say they are hesitant. 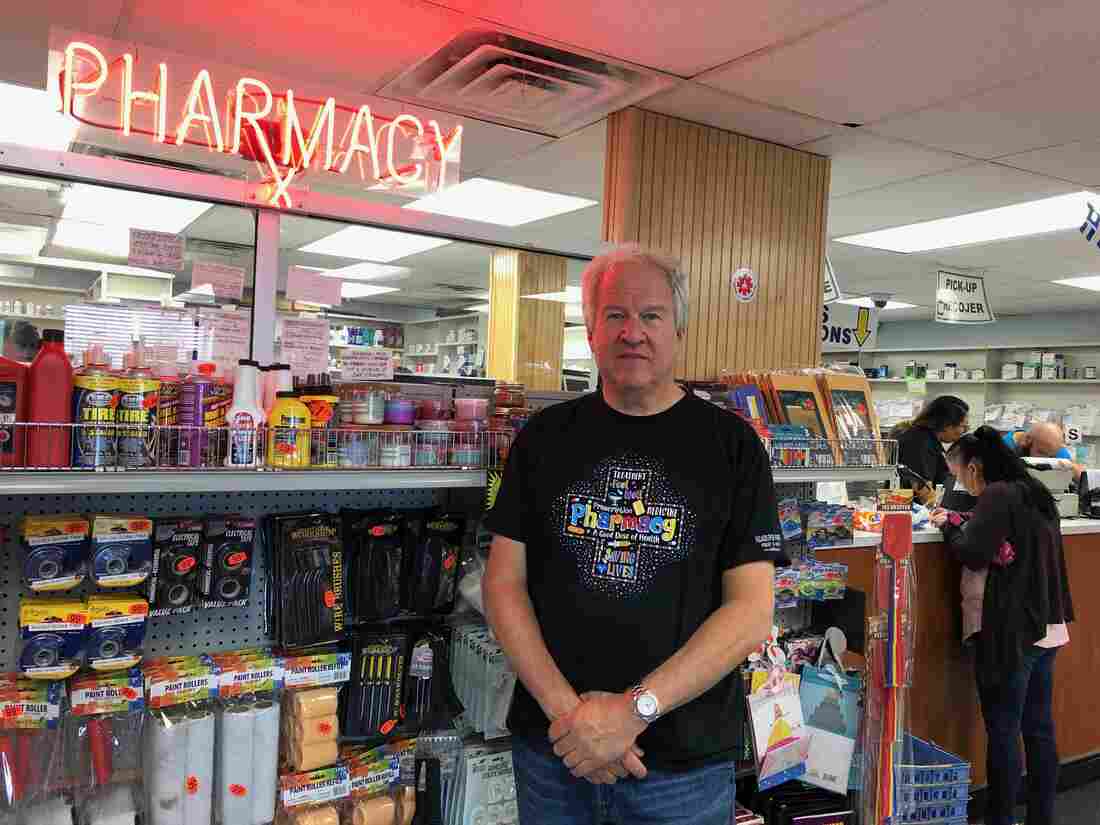 Richard Ost owns Philadelphia Pharmacy, in the city's Kensington neighborhood. He says he has stopped carrying Suboxone, for the most part, because the illegal market for the drug brought unwanted traffic to his store. Nina Feldman/WHYY hide caption 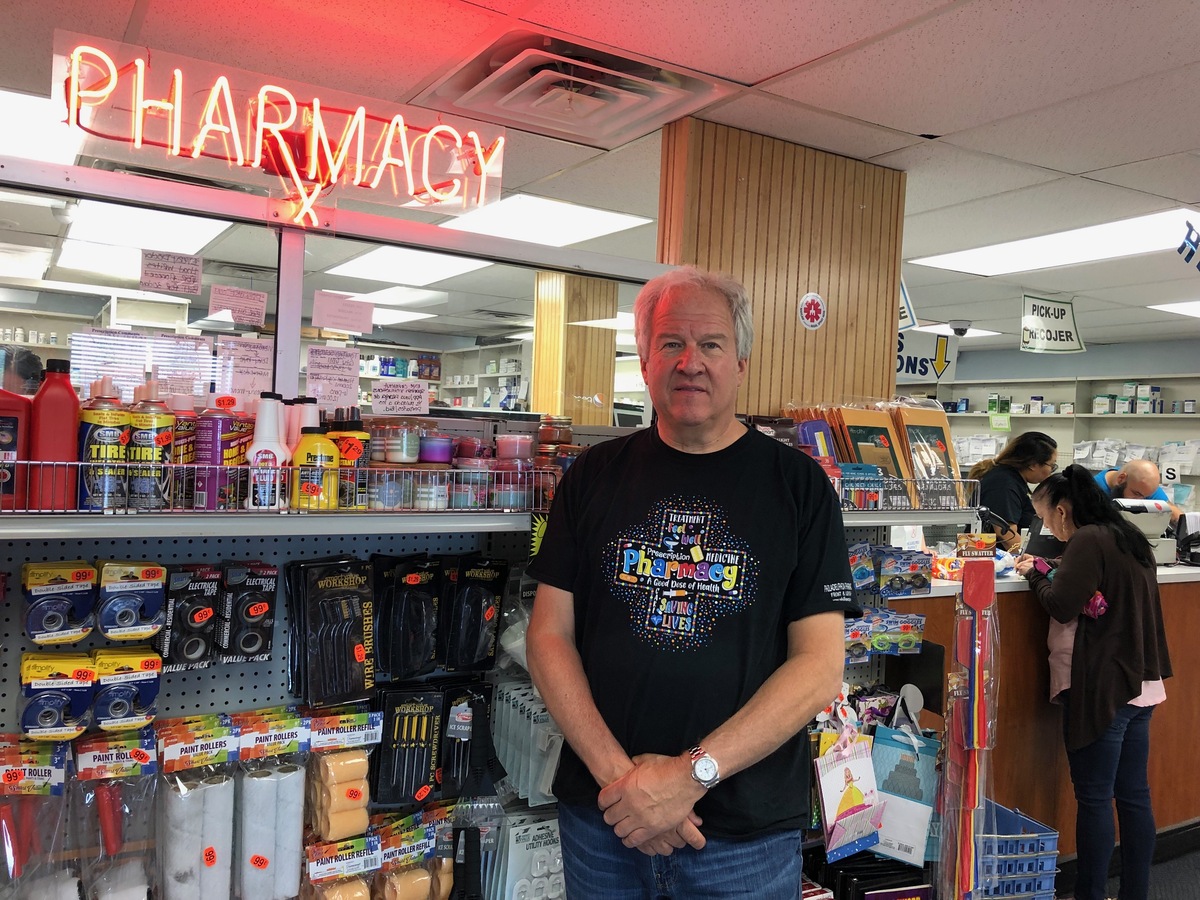 Richard Ost owns Philadelphia Pharmacy, in the city's Kensington neighborhood. He says he has stopped carrying Suboxone, for the most part, because the illegal market for the drug brought unwanted traffic to his store.

Just a few blocks away from the bupe bus in Kensington, for example, Richard Ost owns an independent pharmacy. He says his store was one of the first in the neighborhood to stock buprenorphine. But after a while, Ost started noticing that people were not using the medication as directed — they were selling it instead.

Buprenorphine acts as a partial opioid agonist, which means it's a low-grade opioid, in a sense. When taken in pill or tablet form, bupe is unlikely to cause the same feelings of euphoria as heroin would, but it might if it were dissolved and injected. Many people buy it on the street for the same reason Morano did: to keep from going into withdrawal between injecting heroin or fentanyl. Others buy it to try to quit using opioids on their own.

"We started seeing people [sell the drug] in our store in front of us," says Ost. He says it's unethical to dispense a prescription if a patient turns around and sells the drug illegally, rather than uses it. "Once we saw that with a patient, we terminated them as a patient."

Ost explains that the illegal market for Suboxone also means that customers trying to stay sober are continually targeted and tempted.

"So if we were having a lot of people in recovery coming out of our stores," Ost says, "the people who were dealing illicit drugs knew that, and they would be there to talk to them. And they would say, 'Well, I'll give you this' or 'I'll give you that' or 'I'll buy your Suboxone' or 'I'll trade you for this.' "

Eventually, Ost's staff didn't feel safe, he says, and neither did the customers. He understands the value of bupe but says it just wasn't worth it. He has mostly stopped carrying it.

Even pharmacies that aim to stock buprenorphine can have trouble doing so. Limits set by wholesalers require pharmacies to order the drug in small, frequent batches. Though pharmacies can apply for exemptions to order more at a time or have a higher percentage of their total stock be controlled substances, doing so invites a higher level of scrutiny from the wholesaler and, in turn, from the federal Drug Enforcement Administration.

Doctors and pharmacists also receive different education about how long buprenorphine should be prescribed before tapering a patient off the drug. Medical providers sometimes prescribe it for long-term treatment, based on recent SAMHSA guidelines, while pharmacists may view longer courses of treatment as intensifying the risk of long-term dependency.

If a patient going through withdrawal can't quickly get buprenorphine, the stakes are high, says Silvana Mazzella, associate executive director at Prevention Point — patients may be more likely to turn back to heroin or fentanyl.

"We're in a situation where if you are in withdrawal, you're sick — you need to get well," she says. "You want help today, and you can't get it through medication-assisted treatment. Unfortunately, you will find it a block away — very quickly and very cheaply."

Doctors with Prevention Point have found a pharmacy near the bupe bus — the Pharmacy of America — that will reliably dispense buprenorphine to their Philadelphia patients.

The head pharmacist there, Anthony Shirley, says he's comfortable filling the scripts because he trusts that the doctors at Prevention Point will write prescriptions only to patients who need the medication. He has heard firsthand from patients who say buprenorphine saved their lives.

"That's something you can't really put a price tag on," Shirley says. For him, the calculation is simple: His store is in an area where lots of people need buprenorphine. That means it's his job to get it to them.