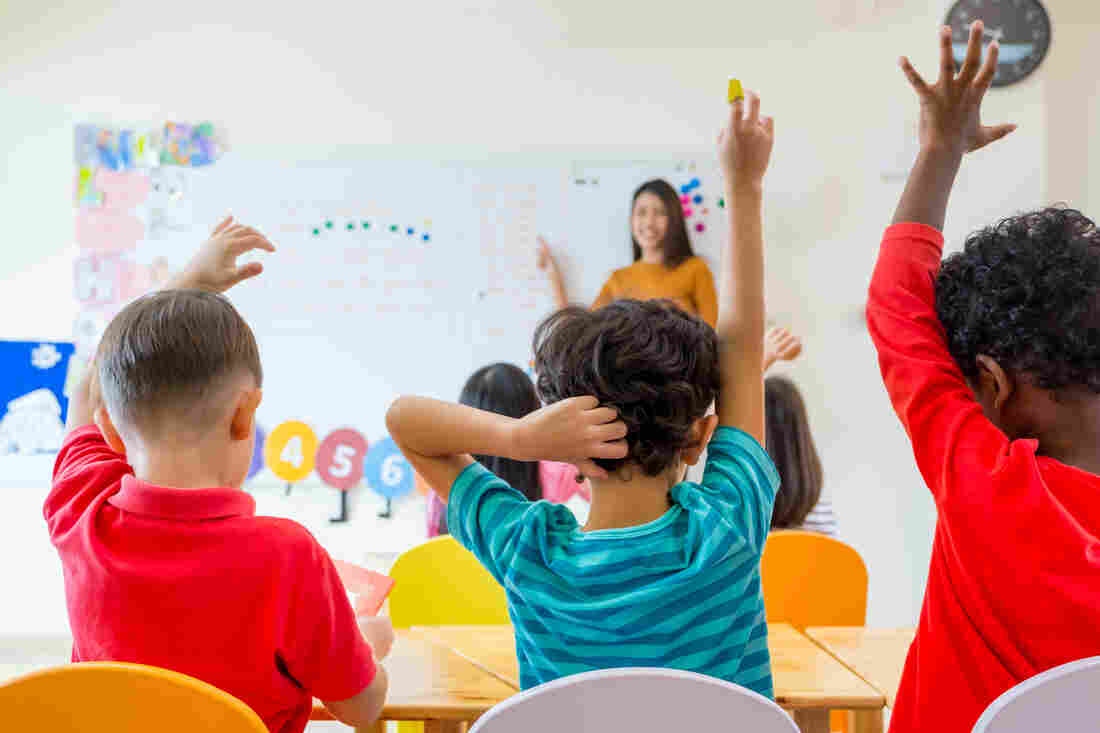 Timely support and treatment for attention deficit hyperactivity disorder can help children focus and thrive, pediatricians say. But it takes close follow-up after diagnosis to tailor that treatment and avoid drug side effects.

Most children enrolled in Medicaid who get a diagnosis of attention deficit hyperactivity disorder don't get timely or appropriate treatment afterward. That's the conclusion of a report published Thursday by a federal watchdog agency, the Department of Health and Human Services' Office of Inspector General.

"Nationwide, there were 500,000 Medicaid-enrolled children newly prescribed an ADHD medication who did not receive any timely follow-up care," says Brian Whitley, a regional inspector general with OIG. The report analyzed Medicaid claims data from 2014 and 2015.

Those kids didn't see a health care provider regarding their ADHD within a month of being prescribed the medication, though pediatric guidelines recommend that, he says. And one in five of those children didn't get the two additional check-ins with a doctor they should get within a year.

"That's a long time to be on powerful medications without a practitioner checking for side effects or to see how well the medication is working," Whitley says. Additionally, according to the OIG report, "Nearly half of Medicaid-enrolled children who were newly prescribed an ADHD medication did not receive behavioral therapy," though that, too, is recommended by pediatricians.

Elizabeth Cavey, who lives with her family in Arlington, Va., knows just how important it is to get a child with ADHD accurately diagnosed and treated. Kindergarten, Cavey says, was a disaster for her daughter.

"She was constantly being reprimanded and forced to sit still," Cavey recalls. "And she's a bright child, but she kept falling further and further behind in learning letters and language, because she could not concentrate."

The pressure and stress took its toll. Her 5-year-old daughter became anxious and depressed. Cavey says school was a constant struggle. Then, on the last day of kindergarten, her daughter was finally diagnosed with ADHD.

She was prescribed medication, talked with doctors and qualified for special help at school ­­— a great relief to the family. And when her daughter (who's now about to start eighth grade) was entering first grade, the teachers were better prepared to help her.

"She would have teachers that could tell when she was just overwhelmed," Cavey says. "And when something was really hard ... they'd say, 'Let's go get a drink of water,' and they'd walk down the hall. They could get her back and focused and on task."

Children on Medicaid are supposed to get that same sort of supervised care and help, Whitley says.

"Our mission is to make sure that beneficiaries have access to quality services," he says.

Tanya E. Froehlich, a developmental and behavioral pediatrician with Cincinnati Children's Hospital, says it's particularly crucial to closely monitor any child who is on medication. It can take months, she says, to determine the exact right dose — one that achieves results without side effects.

"We start at the lowest possible dose, and in many cases that low dose isn't effective," she says, "and we have to titrate upward for them to get benefit." If children don't see a practitioner soon after diagnosis and at least a couple of times more that year, those medication adjustments don't happen, she adds.

Side effects of ADHD medication can include changes in appetite and sleep or headaches, stomachaches and changes in mood, such as irritability or anxiety. In rare cases, the medicines can increase blood pressure or heart rate.

The other unfortunate finding of the report, says Froehlich, is that a significant number of children prescribed ADHD medication did not also receive behavioral therapy. When kids are treated with both medication and therapy, they have "the very best outcomes," she says. They go on to have fewer conflicts with parents, exhibit fewer oppositional behaviors and less aggression, have fewer academic difficulties and display better social skills.

"Maybe they have 15 minutes of special time with their parents as a reward," Froehlich says, or maybe they get to be the one who chooses the TV show that they watch together.

As the children get older, the therapy helps teach them organizational skills, such as using a planner and a timer to help stay on top of homework.

In a written statement that accompanied the formal OIG report, Medicaid officials say they agree with the report's recommendations — that Medicaid develop strategies for more effective treatment for children who have ADHD and that it help states provide better and more timely follow-up care.