Accessibility links
Too Many Medications? It Might Be Time To Ask Your Doctor About Deprescribing : Shots - Health News Drug combinations can cause side effects like confusion and dizziness — and even increase the risk for falls. Here's how to talk to your doctor about reducing or eliminating some prescriptions.

Do You Need All Those Meds? How To Talk To Your Doctor About Cutting Back

Do You Need All Those Meds? How To Talk To Your Doctor About Cutting Back 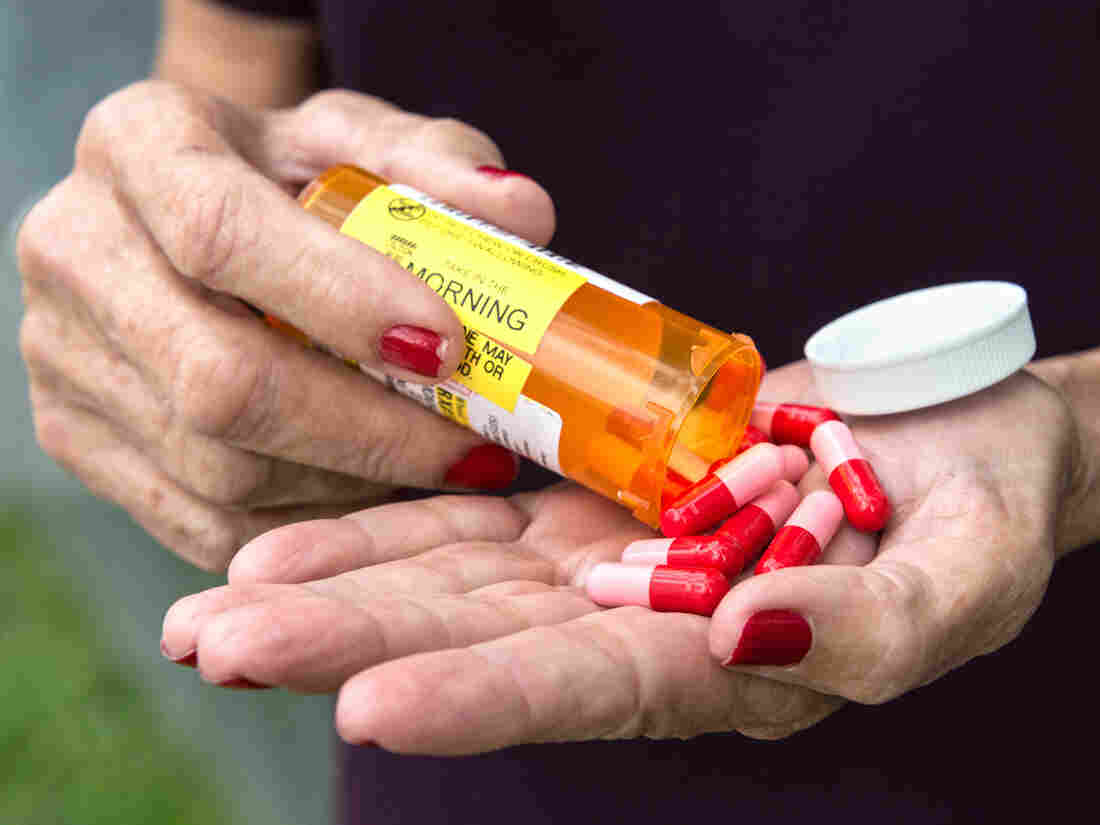 Many seniors take multiple drugs, which can lead to side effects like confusion, lightheadedness and difficulty sleeping. Doctors who specialize in the care of the elderly often recommend carefully reducing the medication load. Juanmonino/Getty Images hide caption 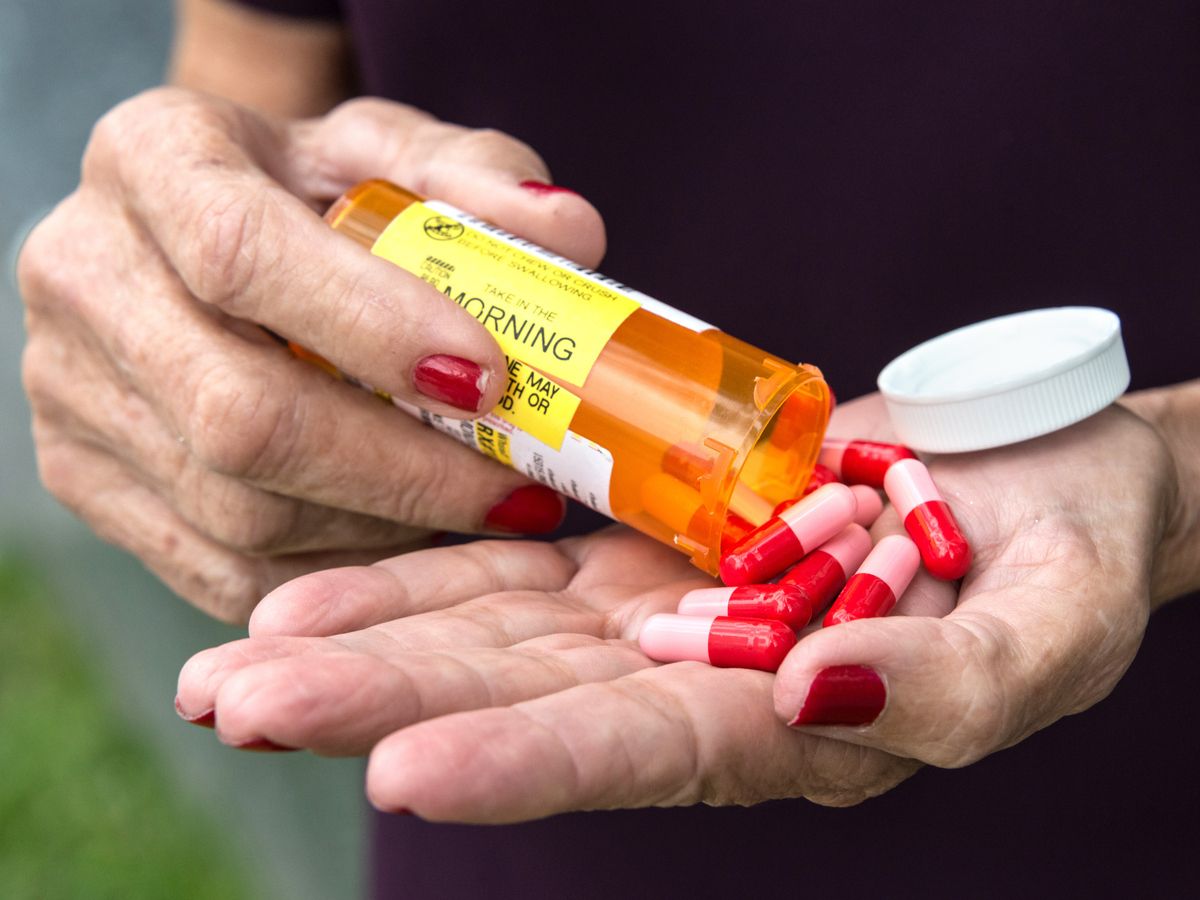 Many seniors take multiple drugs, which can lead to side effects like confusion, lightheadedness and difficulty sleeping. Doctors who specialize in the care of the elderly often recommend carefully reducing the medication load.

It's a common problem for many older adults. You may have more than one doctor and each prescribes a different drug for a different illness. Before you know it, you're taking multiple medications and start feeling tired, dizzy or nauseous. Your doctor interprets that as a new symptom for a new disease and prescribes yet another drug.

Overmedication is a health hazard for older adults that their doctors can often overlook. "It's easier for doctors to simply start another medication than it is for them to evaluate each [current] medication," says Leah Rorvig, a geriatrician and an assistant professor of medicine at the University of California, San Francisco.

The problem is that we become increasingly sensitive to the side effects of drugs as we age, says Rorvig. For instance, older adults are sometimes prescribed a drug class known as proton pump inhibitors to treat heartburn. Rorvig explains that this type of medication can cause weakening of the bones, which puts older people at a higher risk for falls and fractures.

Be A Powerful Patient

6 Ways To Get The Best From Your Doctor

About a third of American adults aged 60-79 used five or more prescription drugs in the past 30 days, according to an August report by the Centers for Disease Control and Prevention.

And the more prescription drugs you take, the higher your risk for adverse reactions, says Michael Steinman, a geriatrician and professor of medicine at the University of California, San Francisco.

These include unexplained symptoms such as diarrhea, constipation, lightheadedness, weight loss, nausea, confusion, difficulty sleeping or sleeping too much, Steinman says.

"This does not guarantee that any of the symptoms are due to [a particular] medication. But if you don't consider it, oftentimes this won't be recognized," he adds.

And some of these symptoms increase the risk of falls, which contribute to a growing number of deaths among the elderly.

Although some older adults really do need to take multiple prescription drugs, this is not always the case. That's why some clinicians who work with the elderly suggest they consider deprescribing — reducing the dose of medications that might be causing harm or stopping them altogether under the guidance of a doctor.

Family members of elderly adults may want to keep an eye on their prescriptions, says Barbara Farrell, a pharmacist and clinical scientist with the Bruyère Research Institute in Ontario, Canada, who co-leads a project that publishes deprescribing guidelines for the elderly. A good time to talk to your loved one's doctor about possibly eliminating some meds is when you notice a significant change in their health. For example, take not if they suddenly become frailer or are diagnosed with a serious illness. If they start skipping medications or hiding pills, that's also a warning sign, Farrell says.

How To Pick A Doctor (Or Break Up With One)

Be A Powerful Patient

Take Control Of Your Care When You're Seriously Sick

But reviewing prescriptions is not only about stopping them, says Steinman. "We're really optimizing medications, stopping those that are causing harm, but also recognizing if there's anything missing that we should think about prescribing that's going to be helpful," he says.

Preliminary research shows that deprescribing might reduce cognitive decline as well as referrals to acute care facilities and mortality. Anecdotally, Farrell says, she sees her patients' quality of life improve when she stops certain medications.

Here are some simple ways you can assess and manage your prescription drug use— or help a loved one do so — including talking to your doctor to find out if deprescribing is the right move.

"One of the reasons why people let these problems linger is that when people go to their doctor, the visits often revolve around a medical problem," says Steinman. Schedule a doctor visit to specifically go over your medications. Ask questions about what each prescribed drug is for and whether there are any that are not necessary. You should also talk about any new symptoms and ask whether drugs could be causing them.

For people over 80, it's a good idea to review all medications once a year, says Farrell.

Know which meds you are taking and why

"This helps doctors see the big picture for each condition very quickly," she says.

You also want to make sure you know how long you're supposed to be taking medications. Some are just meant to solve short-term problems.

Deprescribing requires some commitment from the patient to follow a plan, says Rorvig. In her practice, she usually stops one medication at a time to see how the patient responds. If the response is positive, this might indicate the patient did not need the drug. All of this requires ongoing doctor appointments every two to three months.

Discuss your treatment goals and preferences

"Sometimes I think people assume that their doctor knows their preferences. Don't assume that," Farrell says. For example, she had a 93-year old patient who wanted to be able to walk across the soccer field so that he could watch his grandkids play soccer, but he couldn't because his cholesterol-lowering drug made his legs sore. "We stopped his cholesterol-lowering drug — we helped him with some strength exercises, and his pain went away. He was able to walk and he was thrilled," Farrell says.

Treatments other than drugs are a good alternative for some conditions. For example, Farrell says to consider switching to decaf coffee instead of taking sleeping pills, which might cause drowsiness and increase the risk of falls. Cognitive behavioral therapy might be more effective and safe for treating insomnia than taking a drug. Farrell also recommends using walkers to minimize knee and hip pain and reduce dependence on pain medications.

Keep your doctor in the loop

Make sure your doctor knows when you start a new drug, who prescribed it and why, says Farrell. This is important if you're receiving prescriptions from a doctor other than the family physician, such as a specialist or an emergency care doctor. "Often it's up to the patient to keep track of that information and communicate it to the different prescribers," she says. Speak up if you're not seeing the benefits of a new medication.

Be smart about adding to your prescriptions

If a doctor suggests a new medication, Rorvig recommends checking the Beers list, a publication of the American Geriatrics Society that lists the medications that are potentially inappropriate for most older adults.

Farrell recommends turning to your pharmacist for advice about the potential for drug interactions and adverse symptoms. They can also help you prepare questions for your doctor and inform decisions about which drugs might be good to eliminate. "I think something that's a bit unique to pharmacists is that we're trained to identify the side effects of drugs," she says.

Rorvig suggests older patients see a geriatrician rather than a primary care doctor. "Geriatricians will be just more equipped to help with the specific medical problems of an older adult," she says. She recommends this especially for older patients who have multiple health conditions. "A geriatrician will automatically review all of your meds and start taking away things that they don't think will be of benefit," she says.