Accessibility links
Scientists Develop A Sweat Patch To Test For Hydration : Shots - Health News Scientists are getting closer to developing a wearable patch that can measure hydration and other health markers — in sweat. The hope is it could give athletes more data to boost their performance. 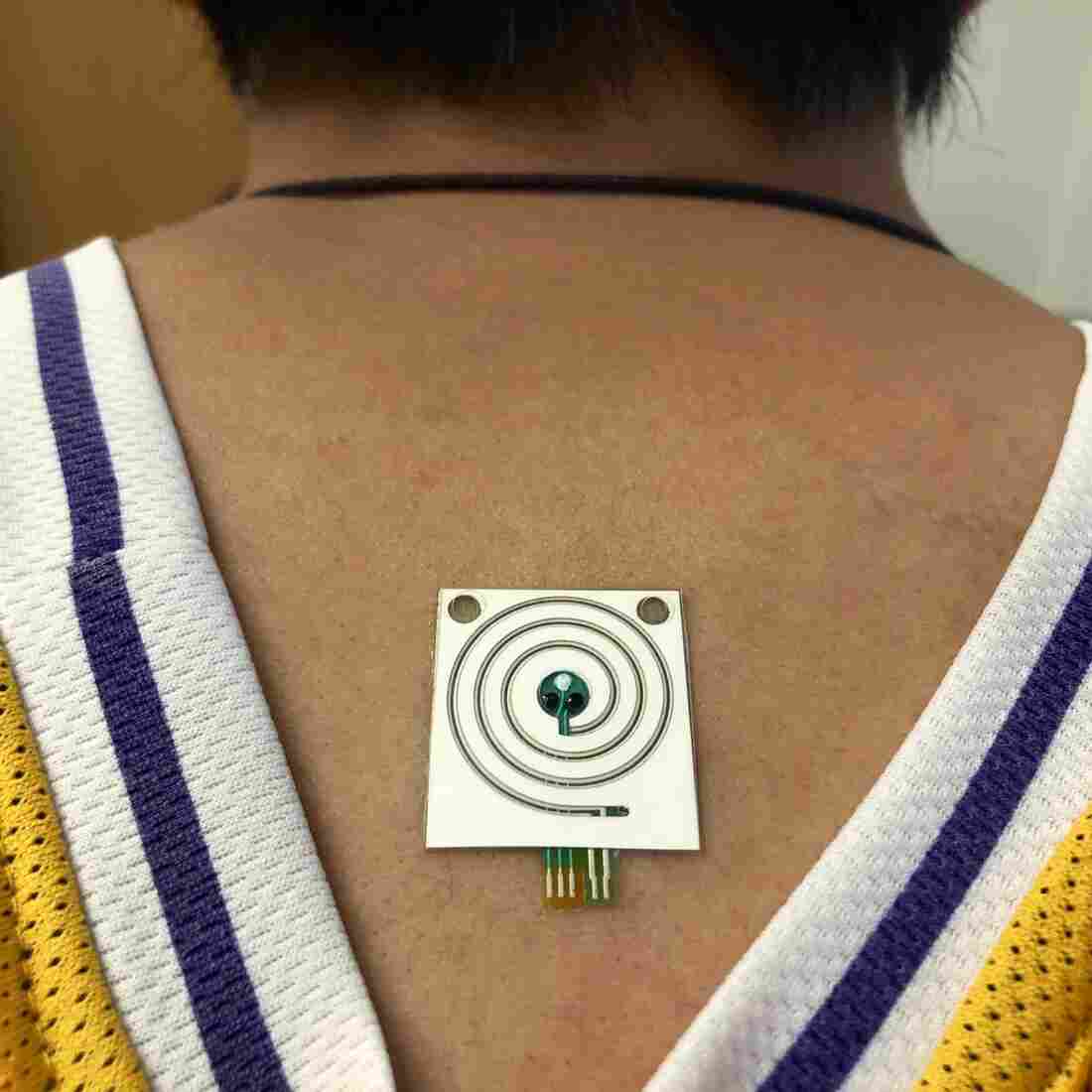 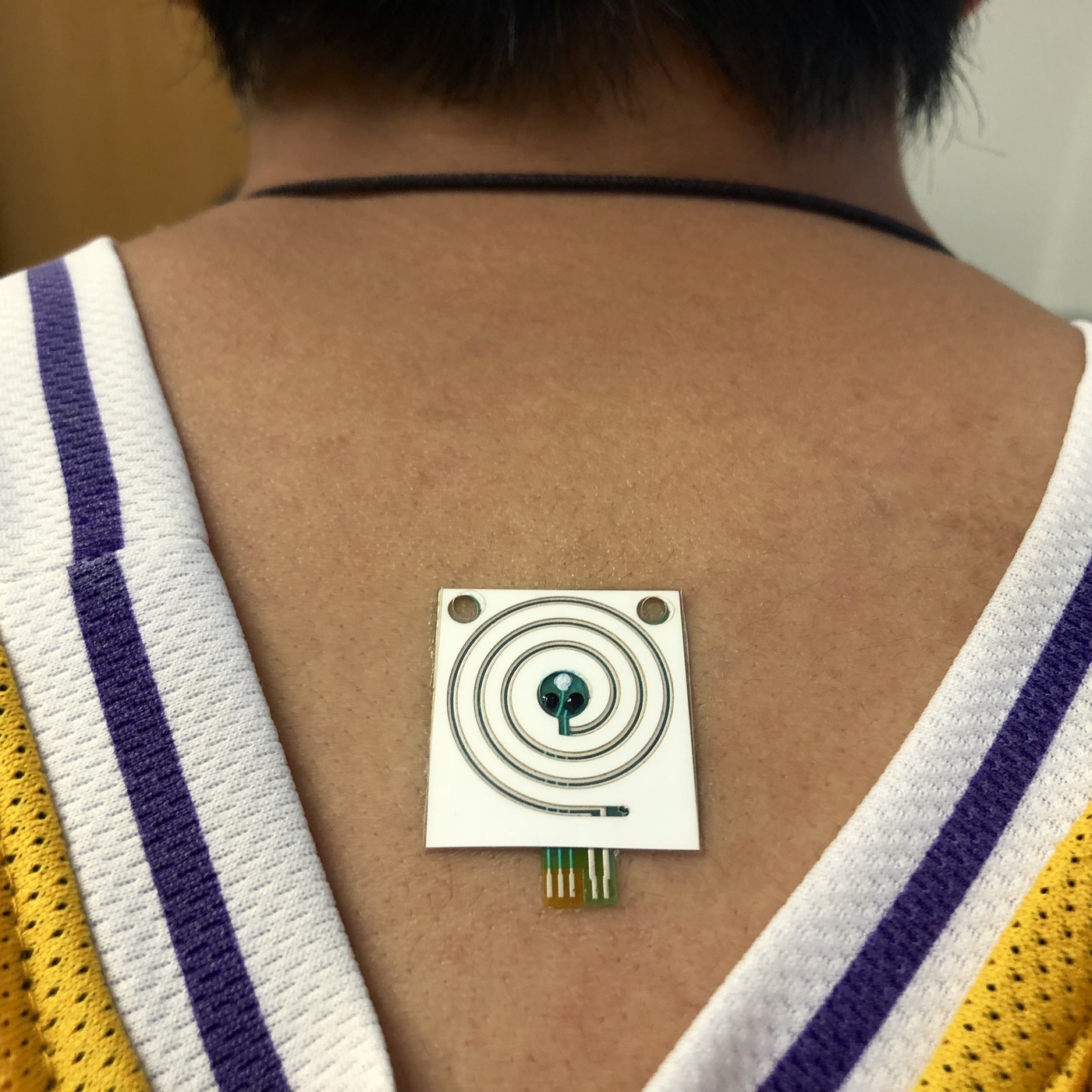 A sensor developed by scientists at U.C. Berkeley can provide real-time measurements of sweat rate and electrolytes in sweat.

If you wanted to measure your heart rate or step count during exercise, you would use a fitness tracker. But what if you wanted a device to tell you when when you need to drink more water or should reach for a sports drink?

Scientists from the University of California, Berkeley, designed a patch that can measure sodium in sweat and determine sweat rate directly from the skin. Their findings about the effectiveness of their invention were published Friday in the journal Science Advances.

Sweat is easy to stimulate and has a rich chemical composition, which makes it an ideal body fluid to measure health and athletic performance, explains Mallika Bariya, an engineer at the University of California at Berkeley and one of the authors of the study.

Their findings suggest that knowing your sweat rate and sweat composition could help you customize your post-workout beverage or help you decide how much of it you need to drink to rehydrate and replenish your body. "That's a clear application in the very near term," says John Rogers, professor of materials science and engineering at Northwestern University, who is developing his own sweat patch with the sports drink company Gatorade. Rogers wasn't involved in the study.

The patch the Berkeley scientists designed collects sweat at the surface of the skin and analyzes it in real-time using a custom printed circuit board that transmits the collected data wirelessly to a mobile phone.

Sweat enters the device through a well that contains sensors that can measure sodium, potassium, and glucose. That well leads into two spiraling tubules that measure sweat rate.

"[The patch] is flexible. It conforms to your skin and it prevents sweat loss through leakage or evaporation, and that's how we can retain sweat for analysis," says Bariya. 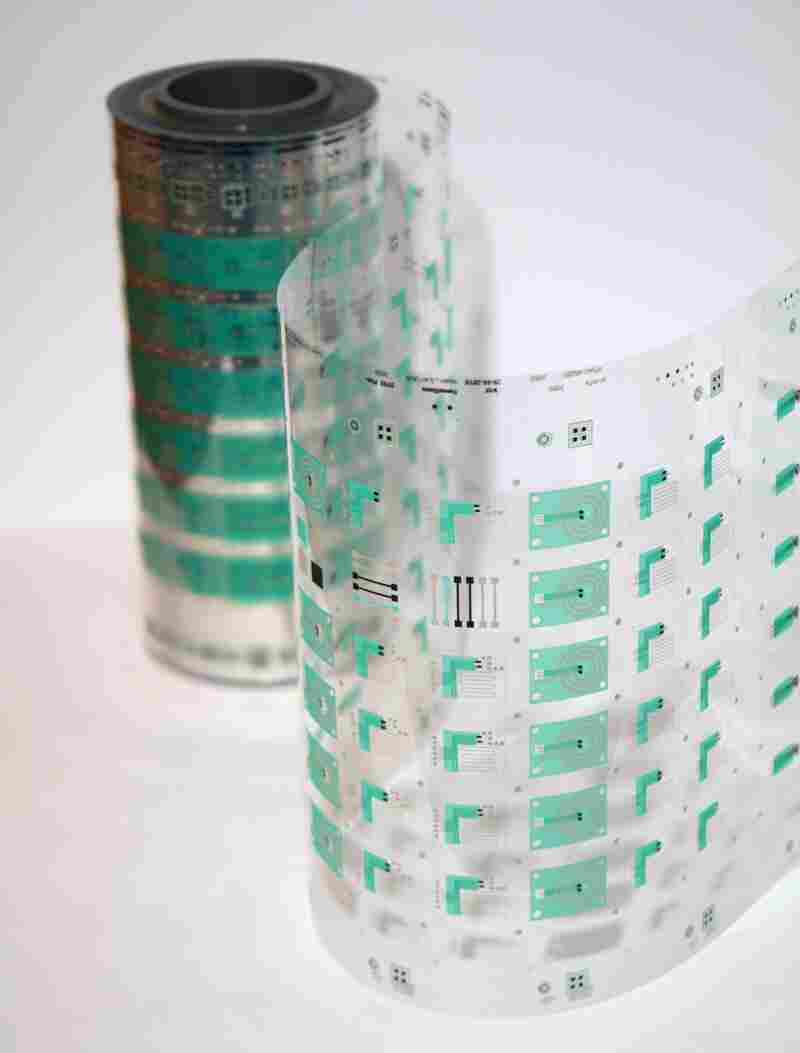 The patches developed by scientists at U.C. Berkeley can be produced by printing them on a sheet of plastic. Courtesy of Antti Veijola/VTT Technical Research Center of Finland hide caption 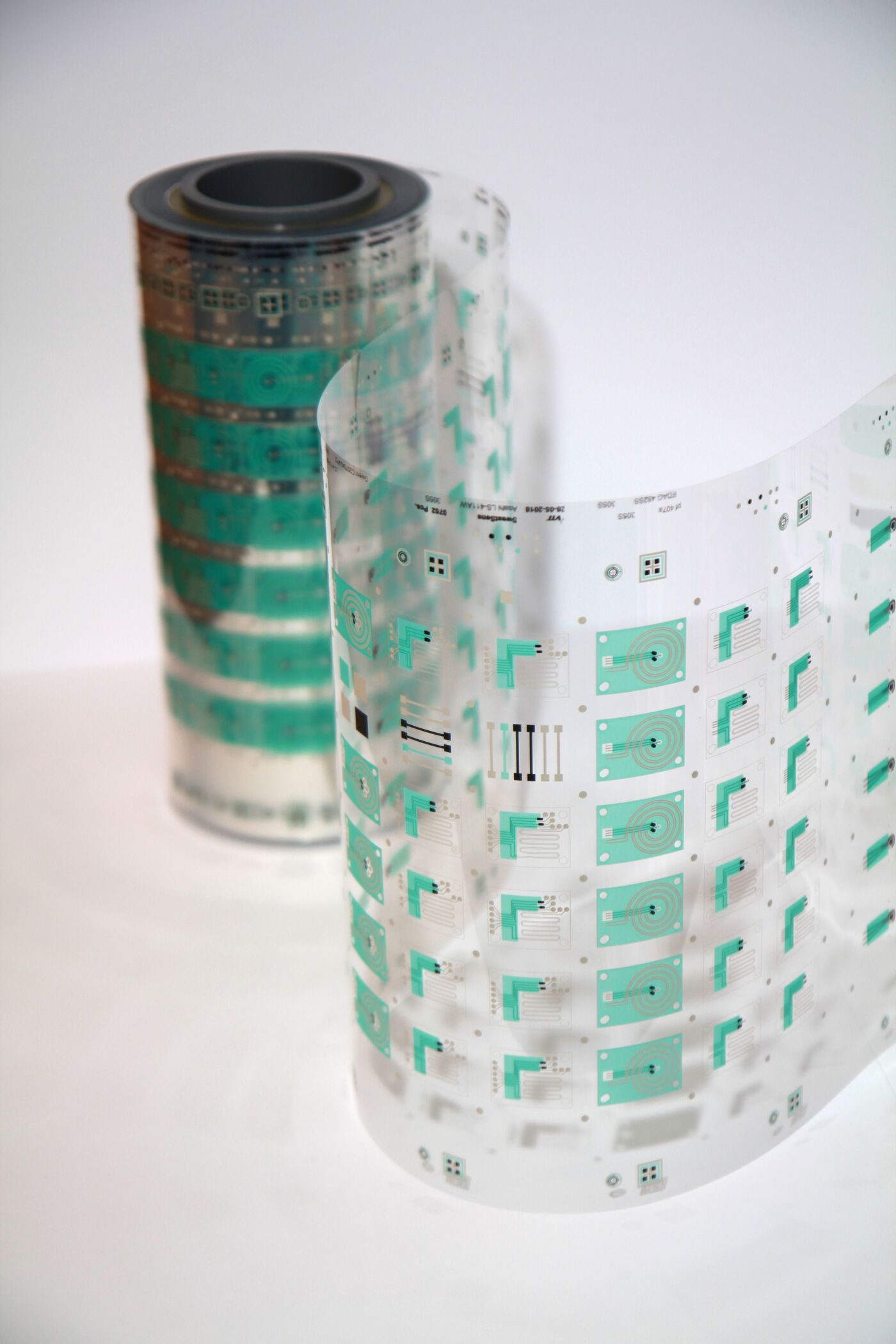 The patches developed by scientists at U.C. Berkeley can be produced by printing them on a sheet of plastic.

The scientists measured the sodium concentration in sweat and the sweat rate of three subjects exercising on a stationary bike for up to 30 minutes.

The volunteers had patches on their forehead, forearm, underarm, and back. The scientists were able to monitor their sodium sweat concentrations and sweat rate simultaneously. They sweated fastest in their forehead, which means that a headband containing the patch could be a good way to measure fluid loss and monitor hydration status in the future.

There could be real advantages of such a patch for athletes, Rogers says.

A patch of this type could also measure glucose, although it's not clear whether sweat glucose is as informative as blood glucose.

"There's a very small amount of glucose naturally present in sweat," says Rogers. He explains that the concentration of glucose in sweat is about 100 times lower than the glucose concentration in blood. Rogers says that someday scientists might be able to engineer a patch like this one that could be used in place of needles to measure glucose in diabetic patients, but it's going to require more sophisticated technology.

Diabetic patients are not the only ones who would benefit from needle-free tests.

"Many of the tests for high performance athletics are being done by blood," says Juan Hinestroza, associate professor of fiber science and director of the textiles nanotechnology laboratory at Cornell University, who wasn't involved in the study. This might include testing of lactate levels to measure the flow of blood and oxygen in the body.

Bariya says they want to adapt the device to measure other molecules in sweat that are important to health, such as other electrolytes including calcium and chloride. Rogers thinks the patch could also measure heavy metals such as lead, as well as drugs like stimulants or depressants.

One of the major challenges, says Bariya, is "understanding what sweat can tell us. And based on that, where sweat analysis is useful." Once they decode how sweat can help monitor health, she says, they would be ready to make the device commercially available. "We can produce this [patch] very quickly and very easily and uniformly, and we want to get to a point where we can just hand it out," she says.

Bariya says that for medical uses, the patch can be incorporated into clothing to be more discreet. Hinestroza agrees. "I see a lot of potential if these same sensors can be eventually produced in textiles that will be more conformable to the body," he says. "For example Lycra or yoga pants would be perfect because they will be permanently in contact with your skin for longer periods of time."

He explains that if the patch is incorporated clothing, you might be able to get a more accurate measurement of lactate and other molecules without pricking your finger.