Accessibility links
Oklahoma Judge To Rule In Johnson & Johnson Opioid Trial : Shots - Health News Oklahoma has argued that the drugmaker's marketing of painkillers contributed to thousands of overdose deaths and other harms in the state and is asking for a multibillion-dollar award. 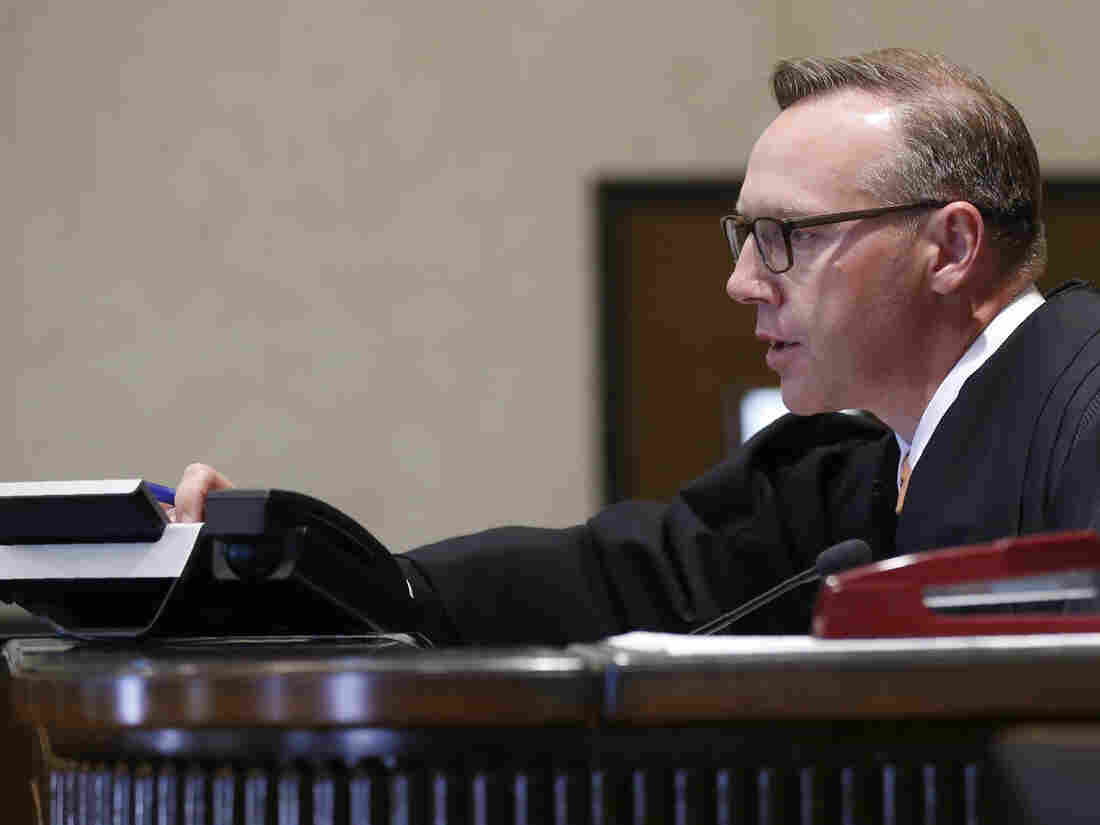 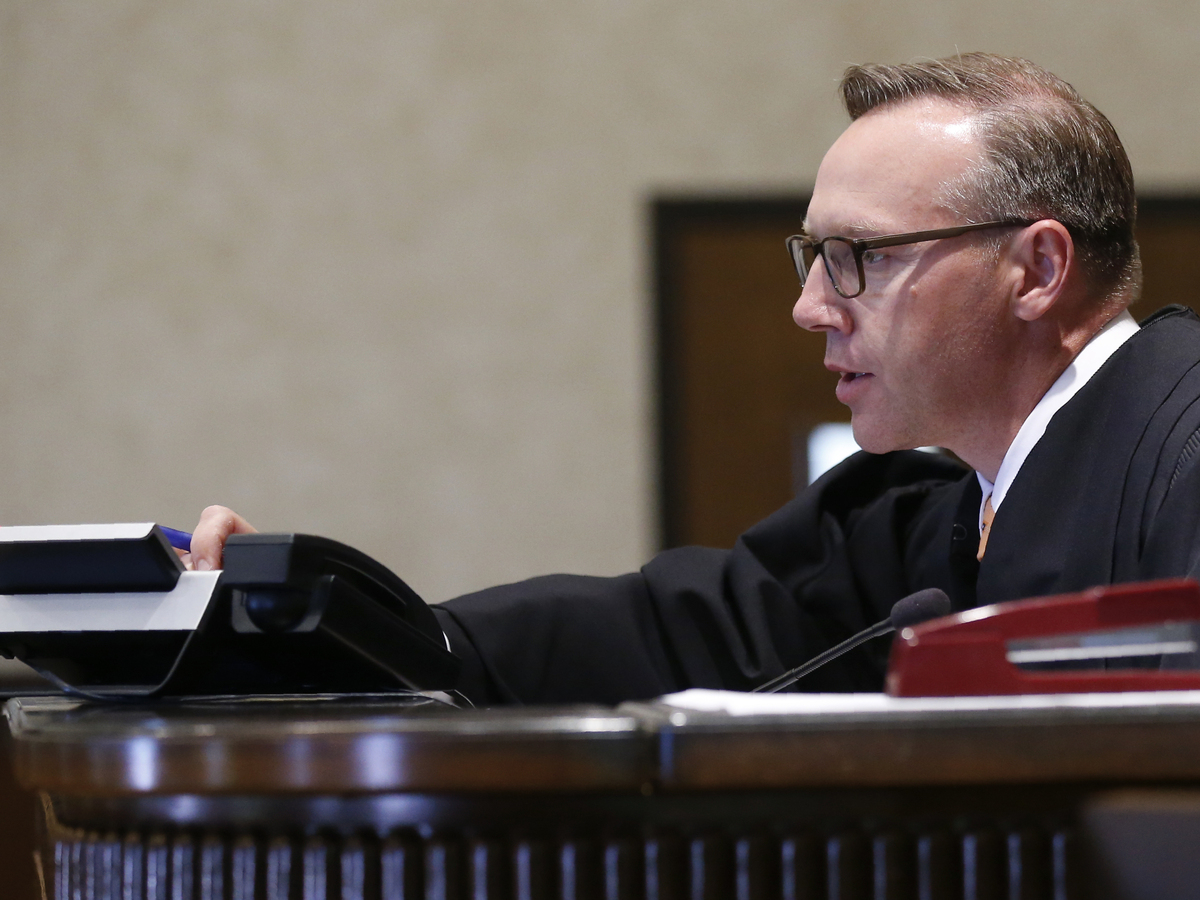 An Oklahoma judge will announce a ruling Monday in the state's multibillion-dollar case against drugmaker Johnson & Johnson. The case is being closely watched to see if a court is prepared to hold a pharmaceutical company responsible for contributing to the opioid crisis that took more than 47,000 American lives in 2017 alone.

Oklahoma Attorney General Mike Hunter's suit alleges that Johnson & Johnson, through its pharmaceuticals subsidiary Janssen, created a public nuisance by spreading misinformation to doctors and the public, using deceptive and aggressive marketing of the potent painkillers.

The lawsuit also alleges that the manufacturers' campaign to health care professionals understated the dangers of addiction, leading to opioids being overprescribed for pain in Oklahoma and leading to thousands of overdoses, deaths and related harms from addiction, such as child welfare cases and crime.

The company denies any wrongdoing.

Judge Thad Balkman will deliver his decision from the bench, after presiding over a seven-week civil trial that ended in July in Norman, Okla.

If the state's claim prevails, Johnson & Johnson could ultimately have to spend billions of dollars in Oklahoma helping to ease the epidemic. State attorneys are asking that the company pay $17.5 billion over 30 years to provide funds for addiction treatment and prevention programs in the state, officials say.

Balkman could choose to award the full amount, or just some portion of it, if he agrees with the state's claim.

In the case of a loss, Johnson & Johnson is widely expected to appeal the verdict. If Oklahoma loses, Hunter has said the state will appeal.

Oklahoma's legal team based its entire case on a claim of public nuisance, which refers to actions that harm members of the public, including injury to public health.

During closing arguments in July, Hunter called the company the "kingpin" of the opioid crisis, as NPR reported.

"What is truly unprecedented here is the conduct of these defendants on embarking on a cunning, cynical and deceitful scheme to create the need for opioids," Hunter said.

But Johnson & Johnson's attorney, Larry Ottaway, rejected that idea in his closing argument in July, saying the company's products, which had included the fentanyl patch Duragesic and the opioid-based pill Nucynta, were minimally used in Oklahoma.

He scoffed at the idea that physicians in the state were convinced to unnecessarily prescribe opioids due to the company's marketing tactics.

"The FDA label clearly set forth the risk of addiction, abuse and misuse that could lead to overdose and death. Don't tell me that doctors weren't aware of the risks," Ottaway said.

Johnson & Johnson is the sole defendant in the case after two other companies — Teva Pharmaceuticals and Purdue Pharma — both settled with the state for millions of dollars before the trial began.

In April, a poll released by NPR and Ipsos found that a third of Americans have been directly affected by the opioid epidemic. The survey found that 57% of Americans felt pharmaceutical companies should be held responsible for making the crisis worse.

This story was part of a reporting partnership with NPR, State Impact Oklahoma and Kaiser Health News.