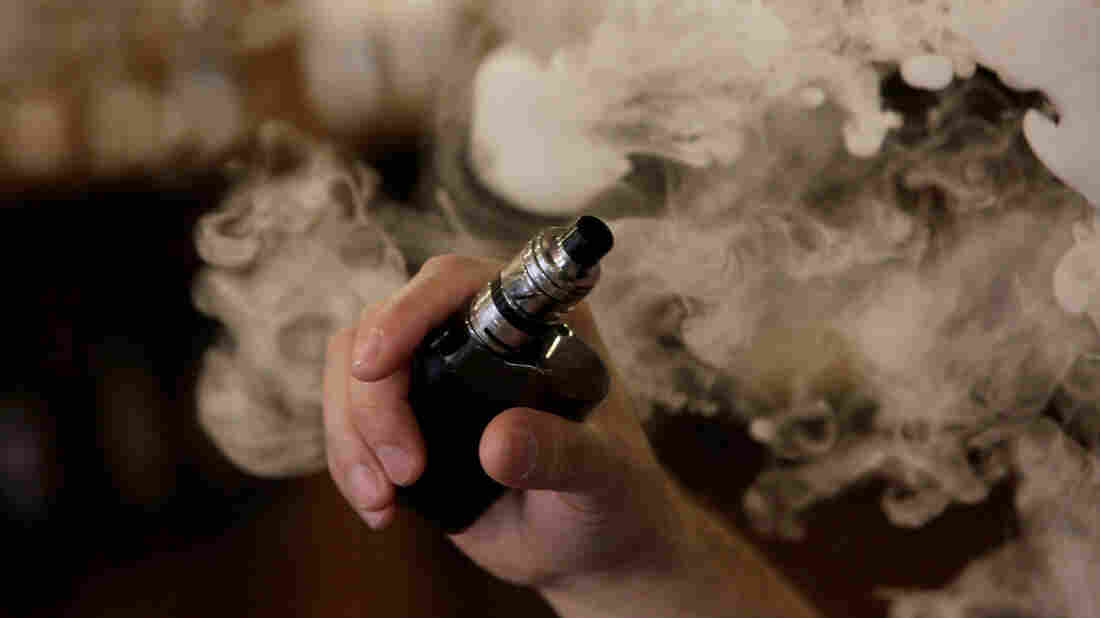 The New York State Department of Health said Thursday that it is looking at vitamin E acetate as a potential cause of severe pulmonary illness cases in the state that have been associated with vaping. Daniel Becerril/Reuters hide caption 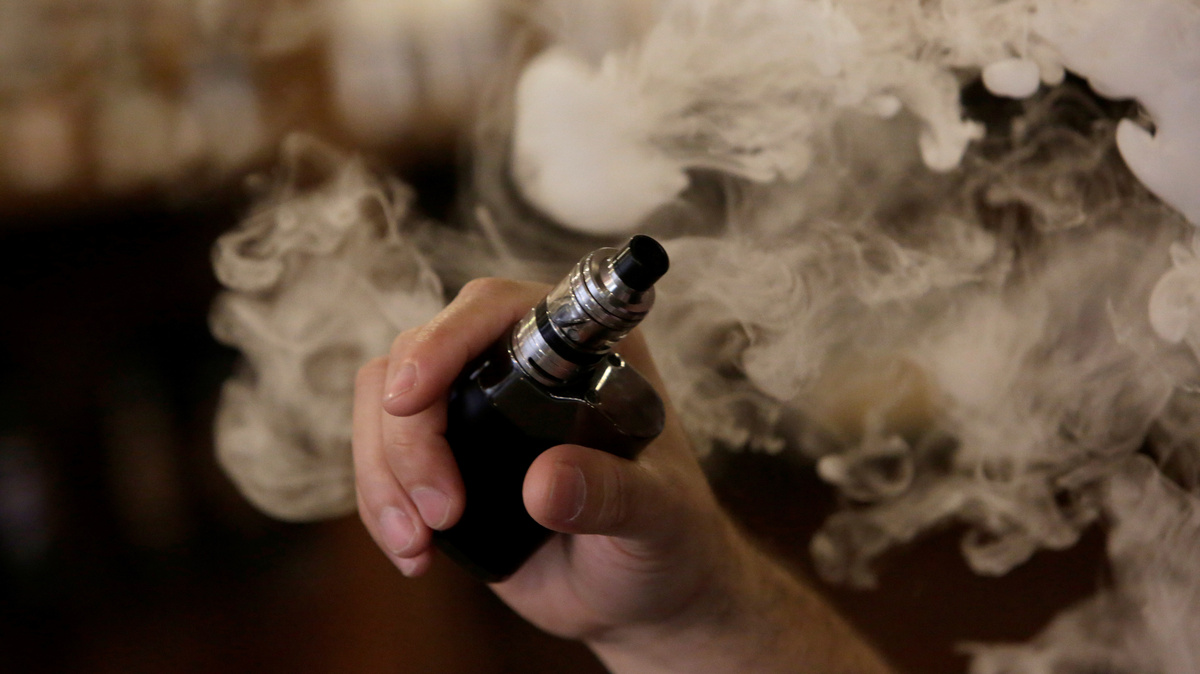 The New York State Department of Health said Thursday that it is looking at vitamin E acetate as a potential cause of severe pulmonary illness cases in the state that have been associated with vaping.

It's still a mystery — what's causing the cluster of severe respiratory illnesses among people who've used e-cigarettes? The FDA says there have been at least 215 reported cases in 25 states.

Nearly three dozen of those cases are in New York state, and investigators there say they are now zeroing in on vitamin E as a possible culprit. Health officials say state lab tests detected high levels of vitamin E in cartridges of cannabis vaping products used by people who vaped and suffered serious lung damage.

"At least one vitamin E acetate containing vape product has been linked to each patient who submitted a product for testing," according to a statement from the New York State Department of Health.

Vitamin E is usually safe as a dietary supplement or cream, but vaping it could be harmful, according to state health Commissioner Howard Zucker.

Irritating Compounds Can Show Up In 'Vape Juice'

When it is "inhaled deep in the lung, [it] can cause problems," Zucker tells NPR. He says the lab has found very high amounts of vitamin E in 13 of the patient-submitted cartridges they've analyzed. "As high as even 50 percent of the liquid that is in the vaping [cartridge]."

It was not found in cartridges from patients that contained only nicotine. It's not clear whether some patients vaped both cannabis and nicotine products.

Zucker also notes that they haven't ruled out other substances, and the Food and Drug Administration says it isn't convinced that vitamin E is to blame.

"More information is needed to better understand whether there's a relationship between any specific products or substances and the reported illnesses," FDA senior adviser Michael Felberbaum says in an emailed statement Thursday.

"The number of samples we have received continues to increase and we now have over 100 samples for testing," Felberbaum says. "The FDA is analyzing samples submitted by the states for the presence of a broad range of chemicals, including nicotine, THC and other cannabinoids along with cutting agents/diluents and other additives, pesticides, opioids, poisons and toxins. No one substance, including Vitamin E acetate, has been identified in all of the samples."

Vitamin E is not an approved additive for vape products approved by New York's medical marijuana program, and Zucker says the cartridges they tested appear to be "black-market" products purchased off the street — not in medical dispensaries.

"This is a situation of people buying products that have been laced with markedly elevated amounts of vitamin E," Zucker says.

"We urge the public to be vigilant about any vaping products that they or any family members may be using and to immediately contact their health care provider if they develop any unusual symptoms" he says in the health department statement. "In general, vaping of unknown substances is dangerous, and we continue to explore all options to combat this public health issue."

Zucker says the number of cases of vaping-associated pulmonary illnesses has been rising, and that people who vape should be warned not to buy unregulated products purchased off the street. "These unregulated products are not tested and may contain harmful substances," the department warns.

On Wednesday, Oregon officials reported that a middle-aged adult who died of a severe pulmonary illness in late July had used a cannabis product purchased from one of Oregon's state-regulated marijuana stores. That case is under investigation. The death of a second person was reported in Illinois in late August.