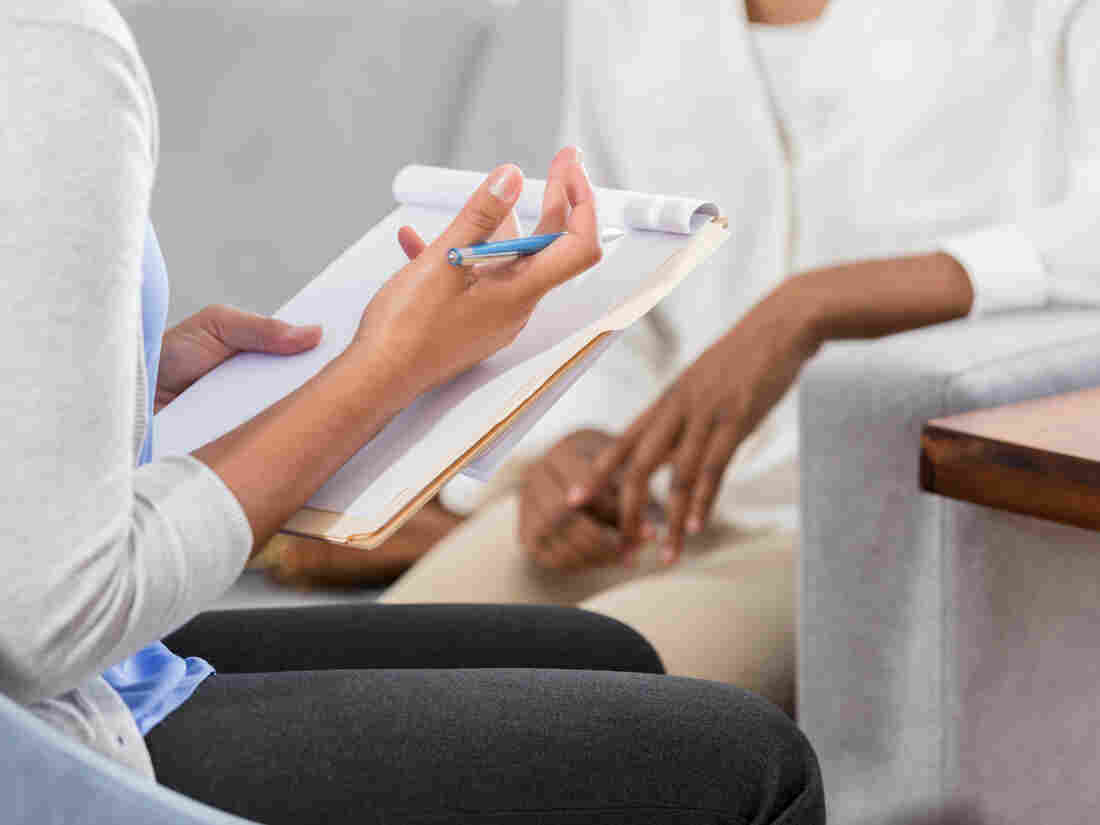 Unlike Planned Parenthood which pulled out of Title X family planning funding, many clinics still take the funding and must comply with new rules on discussing abortion. Doctors worry it will affect their relationships with patients. SDI Productions/Getty Images hide caption 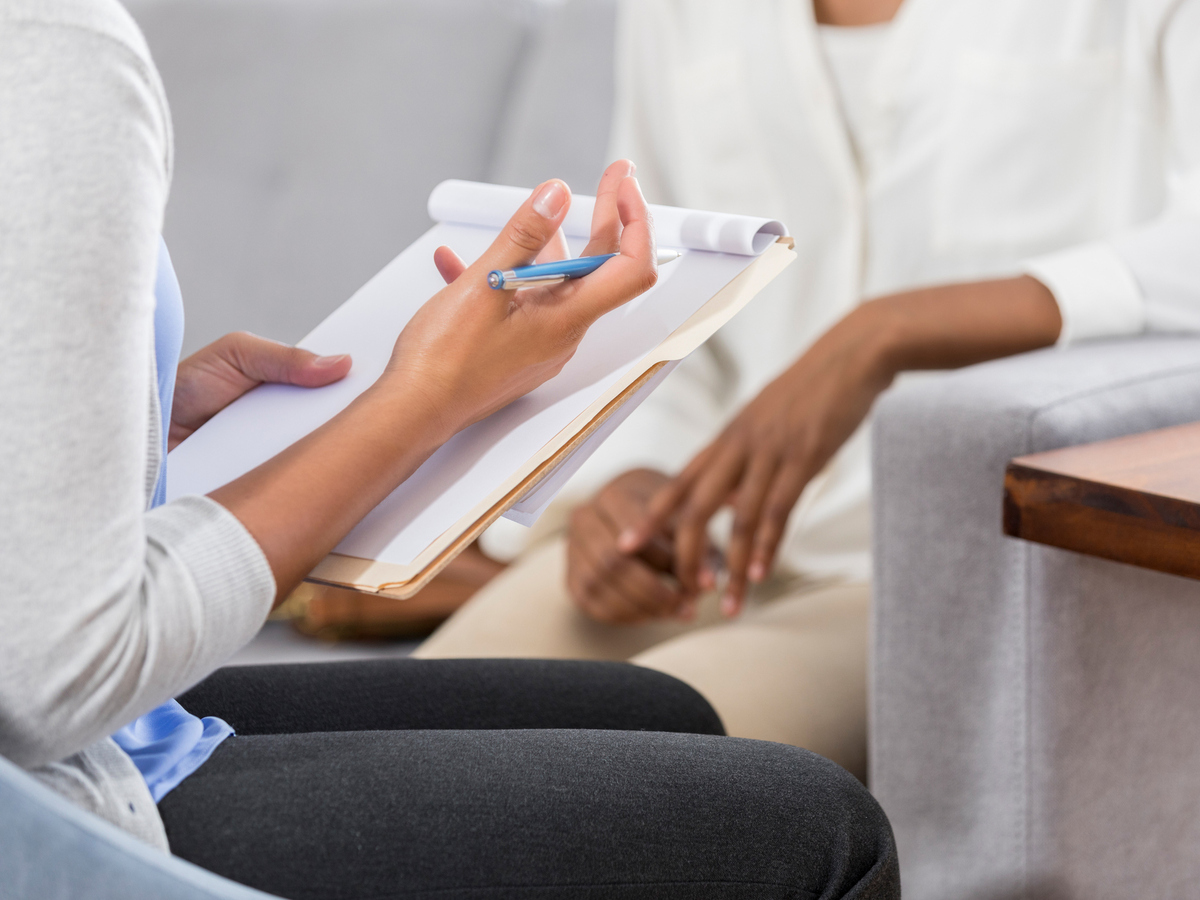 Unlike Planned Parenthood which pulled out of Title X family planning funding, many clinics still take the funding and must comply with new rules on discussing abortion. Doctors worry it will affect their relationships with patients.

Clinics that take federal Title X family planning funding are adjusting to a new set of rules that limit what health care providers can say to their patients about abortion.

Though Planned Parenthood pulled out of the program in August rather than comply with the rules, thousands of other clinics continue to use grants from the federal program for family planning and sexual health services. These clinics are now under pressure to make sure their staff comply.

Though the Department of Health and Human Services issued guidance that the regulations are not a "gag rule" and that doctors are still allowed to provide information about abortion, organizations that represent physicians are concerned that the ambiguity of the language in the rules will leave some doctors forgoing conversations about abortion entirely.

"By restricting providers from delivering accurate information to their patients, including abortion referrals, the new Title X rule represents an inappropriate intrusion in the patient-physician relationship," American College of Obstetricians and Gynecologists president Ted Anderson said in a statement.

His job, he says, is to help them sort through their care choices and provide them with accurate medical information. Now Goodenough worries that he won't be able to speak as freely.

"The role of the doctor is under question here," Goodenough says. "Medical professionals are generally esteemed providers of information. That's our main job."

The provision about referrals is particularly perplexing to some physicians working in Title X-funded clinics, since referral from a primary care doctor is not typically required for abortion. Women can usually walk in to a clinic that provides abortions without seeing another physician first.

When patients come in with an unexpectedly positive pregnancy test, Goodenough says he tries to listen to their concerns and help them sort through their options. This can include giving them information about what to expect during an abortion and information about local clinics that provide abortions, he says.

While that's not a referral in his mind, he says, he worries some of the counseling he used to provide would no longer be legal.

"I think I'll have to figure it out as conversations come up," Goodenough says.

According to David Cohen, a law professor at Drexel University who studies abortion, a government restriction on what doctors are allowed to discuss with their patients is a departure from the way medicine has typically been regulated in the U.S.

"Generally the law requires some basic things of physicians, in terms of compliance with regulation and informed consent, and then lets them practice medicine," he says.

The American Medical Association joined Planned Parenthood and other organizations in a lawsuit challenging the rules in March, arguing in part that they "would force doctors to violate their obligation to give honest and informed advice." That case is still making its way through the courts.

There have been a few other examples of American laws that attempt to restrict doctors' speech, according to sociologist Carole Joffe, but most have been struck down by the courts for violating the First Amendment.

Joffe, a professor at University of California, San Francisco who studies abortion, points to a 2011 Florida law that attempted to prevent doctors from asking their patients about whether they own guns.

The 11th U.S. Circuit Court of Appeals struck down that law because of concerns about freedom of speech, stating in its majority opinion, "Florida does not have carte blanche to restrict the speech of doctors and medical professionals."

The Title X restrictions are likely to be treated differently in court, Joffe says. Many states require abortion providers to counsel their patients about topics like adoption resources or a contentious procedure known as abortion pill "reversal," even if some of the talking points aren't backed by medical research. This type of mandated counseling unique to abortion has largely stood up in court, she adds.

Still, Joffe says she's troubled by the reach of the Title X rules, beyond clinics that provide abortions and into general primary care.

"The idea that we're going to regulate what a doctor can say to a patient is abhorrent," Joffe says. "This relationship ... should be, in some ways, so sacred. The patient is entrusting the doctor with the most important issues in his or her life."

For some physicians who are opposed to abortion, however, the rules are a welcome opportunity to ensure that doctors' counseling about pregnancy includes multiple options.

The rules don't prevent doctors from talking about abortion when patients ask about it, notes Ingrid Skop, an obstetrician-gynecologist in Texas and the president elect of the American Association of Pro-Life Obstetricians and Gynecologists. She sees the rule as preventing doctors from pushing their patients towards abortions they may not want.

"It's not gagging you," Skop says. "It's just saying, 'Don't make it a one-sided conversation, the way that informed consent should be.' ... This allows women to know what their options are but not to be directed in a particular direction."

Before the Trump Administration change to Title X, clinicians working in Title X-funded clinics were required to provide "non-directive" counseling to pregnant patients, meaning that doctors were previously obligated to tell their patients about prenatal care, abortion services, and adoption. Under the new rules, doctors are allowed to withhold information about abortion services.

But for many clinics choosing to no longer participate in the Title X program, doctors' concerns were significant enough that clinic leaders were willing to forgo millions of dollars in federal grants.

"We just felt like we couldn't abide by these rules in good faith [and also] abide by our responsibilities to our patients," says Ken Gordon, the CEO of Coos County Family Health Services, a network of community health centers in northern New Hampshire.

His clinics have never provided abortions, but his organization recently withdrew from using Title X funding due to concerns about how the new regulations would affect the doctor-patient relationship.

Coos County Family Health services is one of hundreds of clinics around the country — including many that provide abortions and many that do not — that announced it would no longer use Title X money. A Kaiser Family Foundation report found that over 900 clinics plan to withdraw from the Title X program, just under a quarter of all Title X-subsidized clinics.

"Physicians were concerned about the ethical and moral implications of withholding information from someone who was their patient," Gordon adds.

Meanwhile, Joffe, the sociologist at UCSF, says she wonders if the move signals a decline in how much society trusts doctors to regulate their own profession.

"Are we seeing the declining authority of medicine?" she says. Historically, she says, "only doctors can regulate other doctors, only they understand the medical issues ... I don't really have a good handle on if [regulation like this] could spread to other areas of medicine. I could see arguments that it could."