Accessibility links
3-Digit Suicide Hotline Could Make It Easier To Call For Help : Shots - Health News The current suicide hotline — 1-800-273-TALK or 1-800-273-8255 — has helped many people. But it's long and tough to remember in a crisis. The FCC is proposing a new national, three-digit number. 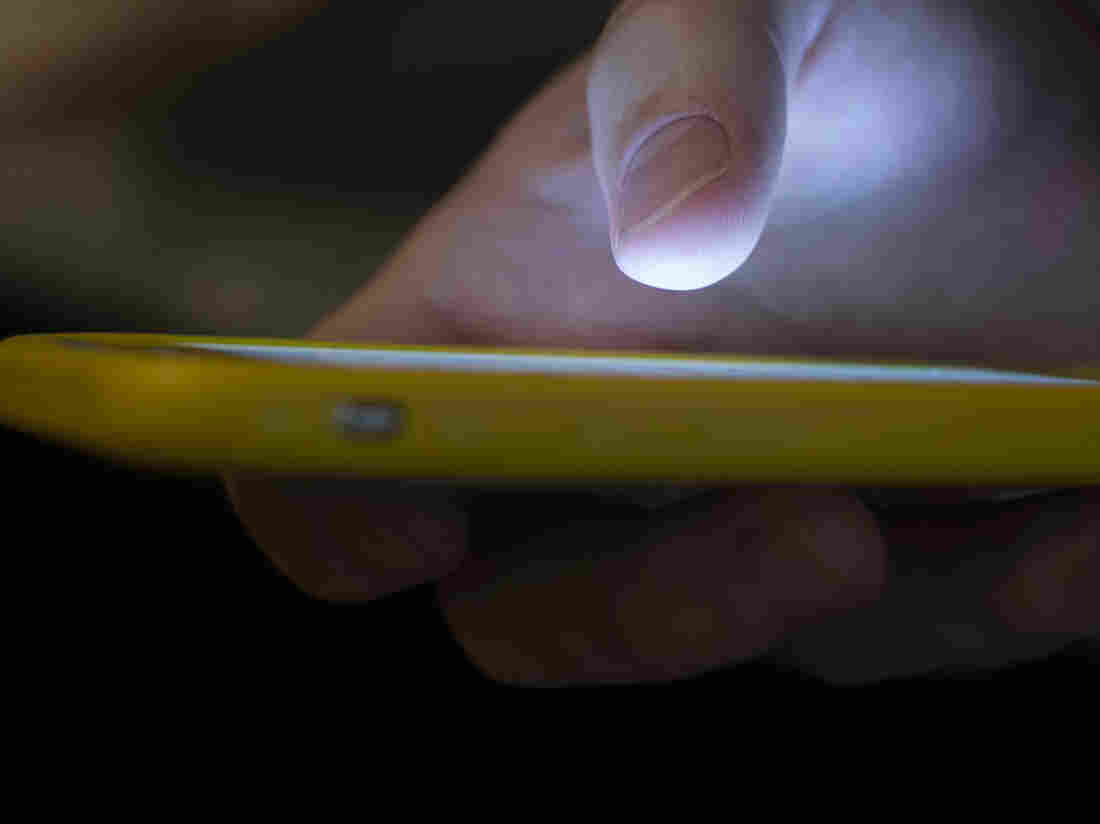 With suicides on the rise, the government wants to make the national crisis hotline easier to use. A proposed three-digit number — 988 — could replace the National Suicide Prevention Lifeline, 1-800-273-TALK (8255). Jenny Kane/AP hide caption 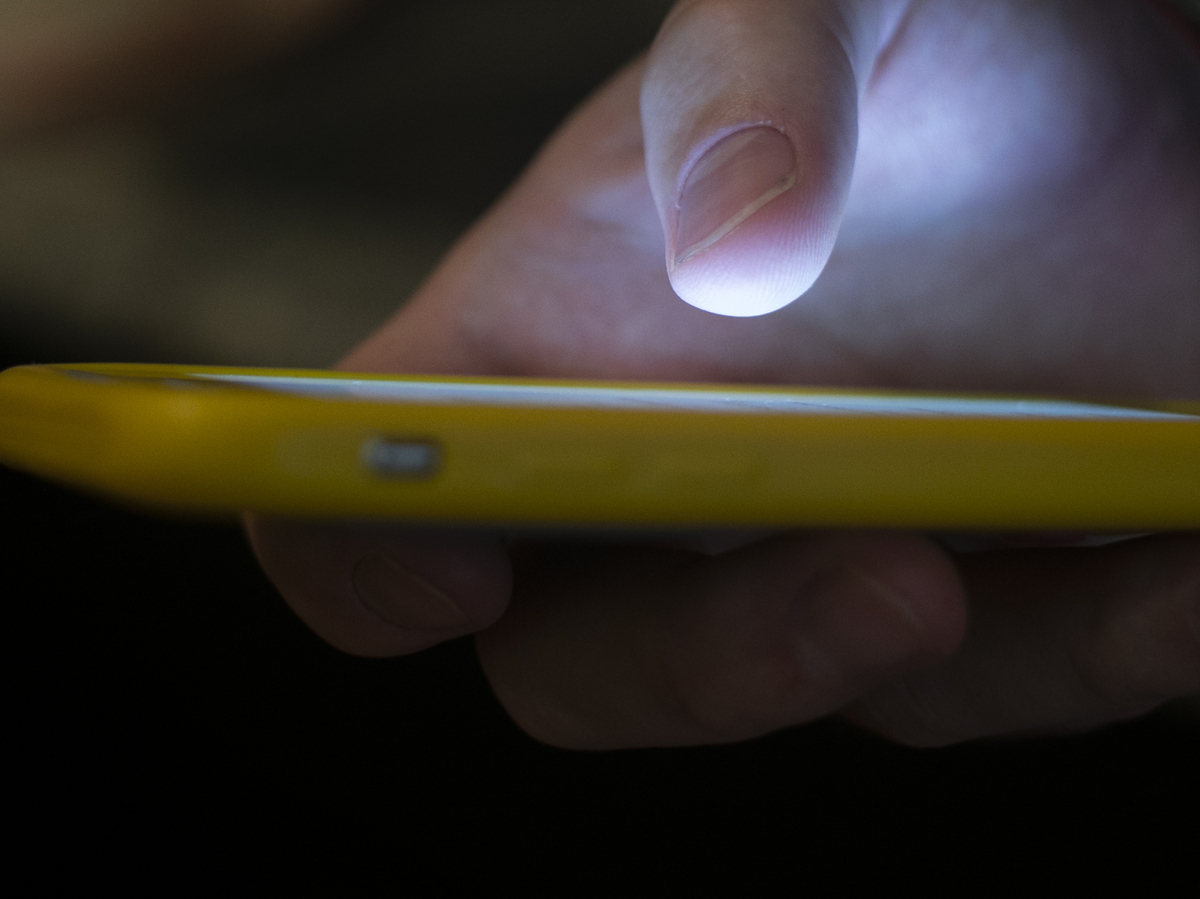 With suicides on the rise, the government wants to make the national crisis hotline easier to use. A proposed three-digit number — 988 — could replace the National Suicide Prevention Lifeline, 1-800-273-TALK (8255).

The Federal Communications Commission is proposing to launch a new three-digit hotline for people who are feeling suicidal or are going through any other mental health crisis. It recommends making 988 the new national number to call for help, replacing the current 10-digit number.

The agency presented the idea to Congress in a report earlier this month and is expected to release more information and seek public comment about the proposal in the coming months.

Mental health advocates are excited about the proposal. They say it will make it easier for people in crisis to seek help, but caution that effective implementation could be costly, as the move could increase the need for staff to answer calls.

"This is a great idea," says Madelyn Gould, a psychiatrist at Columbia University and an expert on suicide prevention.

Reach Out: Ways To Help A Loved One At Risk Of Suicide

"People can have a cognitive shutdown or blank, as any of us do, when we can't remember things during times of extreme stress," she says.

Having a three-digit hotline, she says, will "facilitate people's access to care at times when they are in dire need."

Her research shows that the current suicide prevention lifeline can save lives — that when people who are feeling suicidal call and talk to someone, they do tend to feel better.

And the existing number is being used by a large number of people. In 2018, the lifeline answered more than 2 million calls, up from about 46,000 in 2005, according to the report submitted by the FCC. Gould thinks a three-digit hotline will make it easier for more people to call.

The FCC proposal stems from a congressional mandate in the National Suicide Hotline Improvement Act of 2018, which required the agency to work with the Substance Abuse and Mental Health Services Administration (SAMHSA) and the Department of Veterans Affairs to evaluate the effectiveness of the suicide prevention lifelines and consider the feasibility of having a three-digit dialing code for mental health emergencies.

Americans know to call 911 for all other kinds of emergencies, says David Covington, the CEO of RI International, a nonprofit that provides behavioral health care around the country.

"When my father was having chest pains we immediately called 911," says Covington. "It's very straightforward what you do in our society in case of fire, or medical or other emergencies."

And the stigma around mental illness makes people hesitate to seek help during a mental health crisis, says Covington. Those who do, either call the suicide prevention lifeline, or end up in a hospital emergency department after calling 911, he says.

"The most common experience for individuals who make it through to some kind of hospital emergency department is to wait for hours and days in order to get a referral," says Covington.

He says he hopes the new hotline will reduce stigma and make it easier for people to seek help.

"Having a three-digit national hotline would go a long way in beginning to normalize that it's OK to seek help," he says.

"It's reinforcing the idea that seeking help is good," agrees Gould.

Gould hopes that the new hotline will encourage more people to call before they start feeling suicidal. "If we can have people recognize that there's help in times of extreme depression or anxiety," she says, then the crisis is less likely to "escalate to the point where they're so overwhelmed that they may think that suicide is the only solution."

Challenges of keeping up with call volume

"The only way this is going to work is if additional services are funded," she says.

Calls to the current Suicide Prevention Lifeline are handled by a patchwork of more than 160 crisis centers around the country. Each center has its own — often local, or regional — source of funding, and some centers are better resourced than others. Calls are usually taken by trained volunteers at these crisis centers, although some centers also employ clinicians.

Allie Franklin, the executive director of Crisis Connections, one of the National Suicide Prevention Lifeline centers in Washington, says she expects a surge in calls when the national 988 number becomes available — and that's a good thing.

If individual crisis centers don't receive additional funding to increase their staff and volunteers, callers might be left waiting, and feeling discouraged and helpless, she adds.

The FCC reports that the current system is challenged by "rising call volume and uneven coverage in many states." This results in many calls getting routed to backup centers where wait times are longer.

"We know that it's really important for people to get live answers very quickly when they call one of these numbers or one of these centers," says Franklin. "At Crisis Connections, we strive to answer the line within 30 seconds, 95% of the time or more. And so someone doesn't have to wait for for very long at all before they get a live answer."

But in 2018, there was a surge in calls to the Suicide Prevention lifeline for a couple of reasons, says Franklin — and call wait times went up. The rapper Logic performed his song about suicidal thoughts at the Grammys, a song titled, "1-800-273-TALK," the number to the suicide prevention hotline. Then, a couple of celebrities died by suicide last year.

"It was really difficult in Washington when we had a 45% increase in calls statewide," she says. She said she had to find additional funds to respond to the higher call volume.