Accessibility links
Reducing C-Sections Is The Goal Of This New Way Of Paying For Maternity Care : Shots - Health News Instead of paying doctors piecemeal for prenatal appointments and delivery of the baby, some insurers now offer medical practices one lump sum to cover it all. 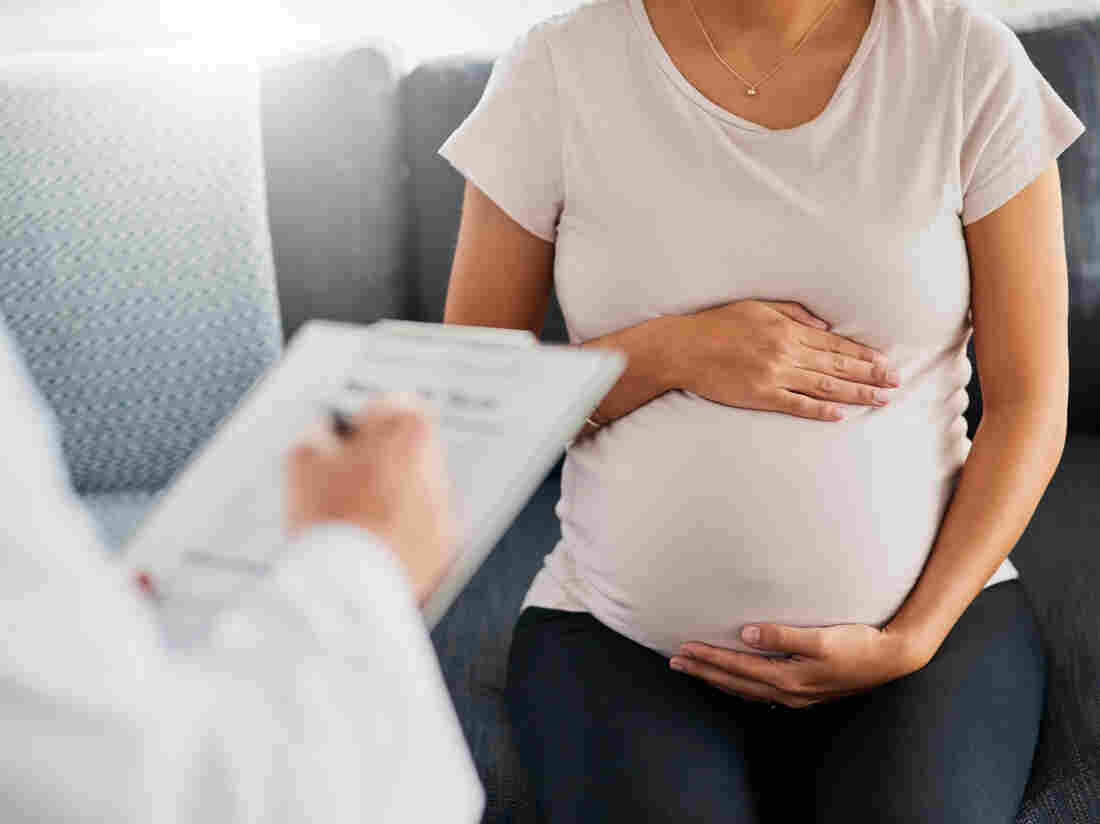 Some insurers using this new payment model offer a single fee to one OB-GYN or medical practice, which then uses part of that money to cover the hospital care involved in labor and delivery. Other insurers opt to cut a separate contract with the hospital. Adene Sanchez/Getty Images hide caption 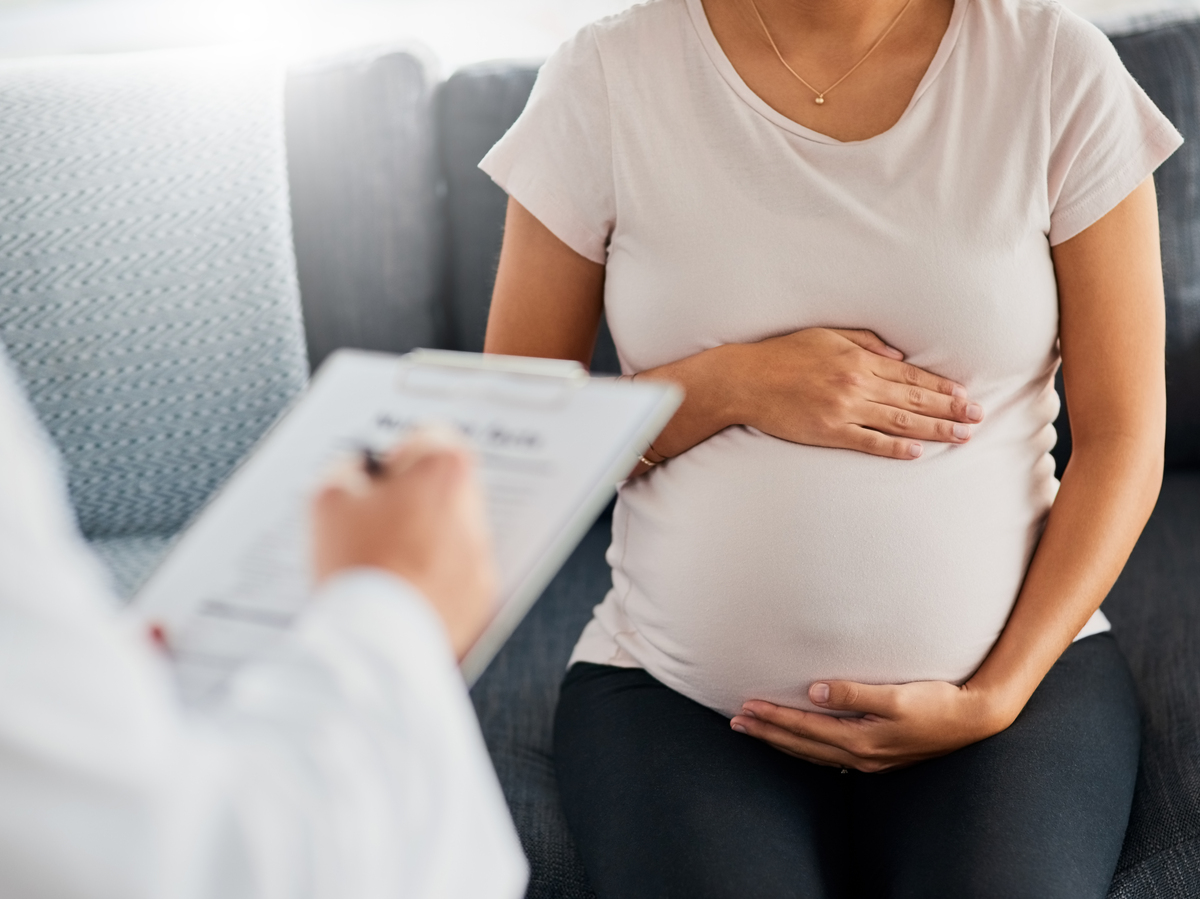 Some insurers using this new payment model offer a single fee to one OB-GYN or medical practice, which then uses part of that money to cover the hospital care involved in labor and delivery. Other insurers opt to cut a separate contract with the hospital.

The thrill of delivering newborns helped pull Dr. Jack Feltz into the field of obstetrics and gynecology.

More than 30 years later, he still enjoys treating patients, he says. But now Feltz is also working to change the way doctors are paid for maternity care.

Feltz's New Jersey-based practice, Lifeline Medical Associates, recently partnered with the insurer UnitedHealthcare to test a new payment model. The insurer sets a budget with the practice to pay doctors one lump sum for prenatal services, delivery and 60 days of care afterward. If the costs come in below that amount, the medical practice gets to keep some of the savings. (Hospitals aren't a part of this contract; the insurer pays them separately for their services.)

How Hospitals Can Tackle The Maternal Mortality Crisis

This new program, announced in May, is a first step by the insurer to bundle physician payments for maternity care into a single flat fee that covers all care and procedures. A handful of insurers and state Medicaid programs are experimenting with similar models, sometimes incorporating hospitals and other health providers as well.

By moving from paying for maternity care in a piecemeal way to relying on bundled payments, insurers and doctors say they hope to cut costs and improve the quality of care for pregnant women.

But even fans of such a model acknowledge there are still significant obstacles to be worked out before this sort of flat-fee system could be implemented broadly.

The payment model is relatively new and still rare in maternity care; its structure can differ by insurer. Some insurers could pay a single amount to one doctor, who then uses part of it to cover hospital care. Other plans opt to cut a separate contract with the hospital. Insurers also vary in whether they make the lump sum payment before or after patients receive services. And the length of care, eligibility and services included in the bundle also vary.

In addition to, perhaps, reducing the overall cost of maternity care, the lump sums are seen by doctors and insurers as a possible way to improve health outcomes, including driving down the number of unnecessary cesarean sections in the United States.

About one-third of all deliveries in the U.S. occur via C-section, even though the World Health Organization estimates they are medically required in only 10% to 15% of births. The ratio of C-sections to live births varies dramatically among individual hospitals.

These surgeries can increase the risk of infections or other medical problems for the mother and baby. And they are more expensive than a vaginal delivery.

"The way we've been doing things is just not justifiable," says David Lansky, a senior adviser at the Pacific Business Group on Health, a San Francisco-based coalition of private and public organizations that collectively purchase health care for 10 million Americans.

"The shift we're talking about," Lansky says, "is to say, 'Someone is accountable for all the care that needs to be provided to support a family through this experience.' "

Already, in traditional coverage, insurance payments for some women are delivered as bundled payments for some portions of their prenatal care, says Suzanne Delbanco, executive director of Catalyst for Payment Reform, a nonprofit organization that advises employers and other organizations that buy health coverage. However, she says, the new bundled payment models are different because insurers are adding quality measures that increase accountability to the bundle, as well as additional services such as labor and delivery.

Patients generally are not even aware their care is being handled under a bundled payment.

UnitedHealthcare, which announced its program in May, began testing the option with Feltz's practice and another in Texas. The insurer says it hopes to expand to as many as 20 practices by the end of the year. Cigna and Humana are also piloting bundled maternity care programs. A few Medicaid programs, including those in Arkansas, Ohio and Tennessee, have experimented with it, too, in recent years.

Expanding the rarely used model to include maternity care could represent a major shift in health care finance. Births were the most common reason for hospitalizations among U.S. patients discharged in 2016, according to government data.

The change in payments is being made as the quality of maternity care in the United States comes under renewed scrutiny. An estimated 700 women in the U.S. die each year because of pregnancy-related complications, the federal Centers for Disease Control and Prevention reports. The rate of deaths in the U.S. is worse than in many other affluent countries, NPR and ProPublica reported in 2017.

Some Firms Save Money By Offering Employees Free Surgery

Lansky's group provided funding, data and oversight in 2014 for a project to test bundled payments for births in a variety of Southern California hospitals. According to their report, the rate of C-sections in first-time, low-risk pregnancies dropped by nearly 20% in less than one year among the first three participating hospitals.

However, some of the bundled-payment models have fallen short of aspirations. Tennessee saved money in 2017 after adopting the payment model for Medicaid beneficiaries. But the rate of C-sections remained unchanged, according to a report by the Medicaid and CHIP Payment and Access Commission, a nonpartisan advisory group for Congress.

In Ohio, where the Medicaid program covered complicated pregnancies as well as those that were low-risk, bundling payments into a lump sum for OB-GYNs cost the state more than expected, the advisory group found.

Bundling raises other concerns, too. Because some bundled-payment programs assign the total cost of care to a single physician, the financial burden falls on that physician. Dr. Lisa Hollier, the immediate past president of the American College of Obstetricians and Gynecologists, is concerned that these models may discourage team-based care.

If the physician providing prenatal care overlooks a problem that a different doctor must treat during delivery, for example, it wouldn't be fair for the OB-GYN delivering the baby to bear the financial burden, Hollier says.

How payers define a low-risk pregnancy is also unclear, she says. If the target price for the suite of services in the model is not risk-adjusted for the cost of treating conditions like gestational diabetes, she says, doctors could be penalized for treating these patients.

Gestational diabetes occurs in up to 10% of pregnancies in the U.S. annually, according to the CDC, and patients with the condition need additional tests, checkups and insulin.

Julianne Pantaleone, national director of bundled payments and strategy at UnitedHealthcare, says that as the insurer works through its pilot program, it will cover the cost of physician care beyond the initial budget.

Insurers and doctors need real-time data to ensure they are meeting the model's quality measures, she says. However, these information banks are expensive to build, and many of the existing ones aren't designed to handle this payment structure.

Feltz agrees that getting such data will be imperative to a successful bundled payment program. Without the information, he says, "it's like launching a ship and not knowing where it's going to go."