Accessibility links
Palforzia, If Approved For Peanut Allergy, May Widen Access To A Known Treatment : Shots - Health News Some question the need for a costly pill that's basically made of peanut flour. But with standardized capsules, more peanut allergy sufferers could gain access to a treatment now available to few. 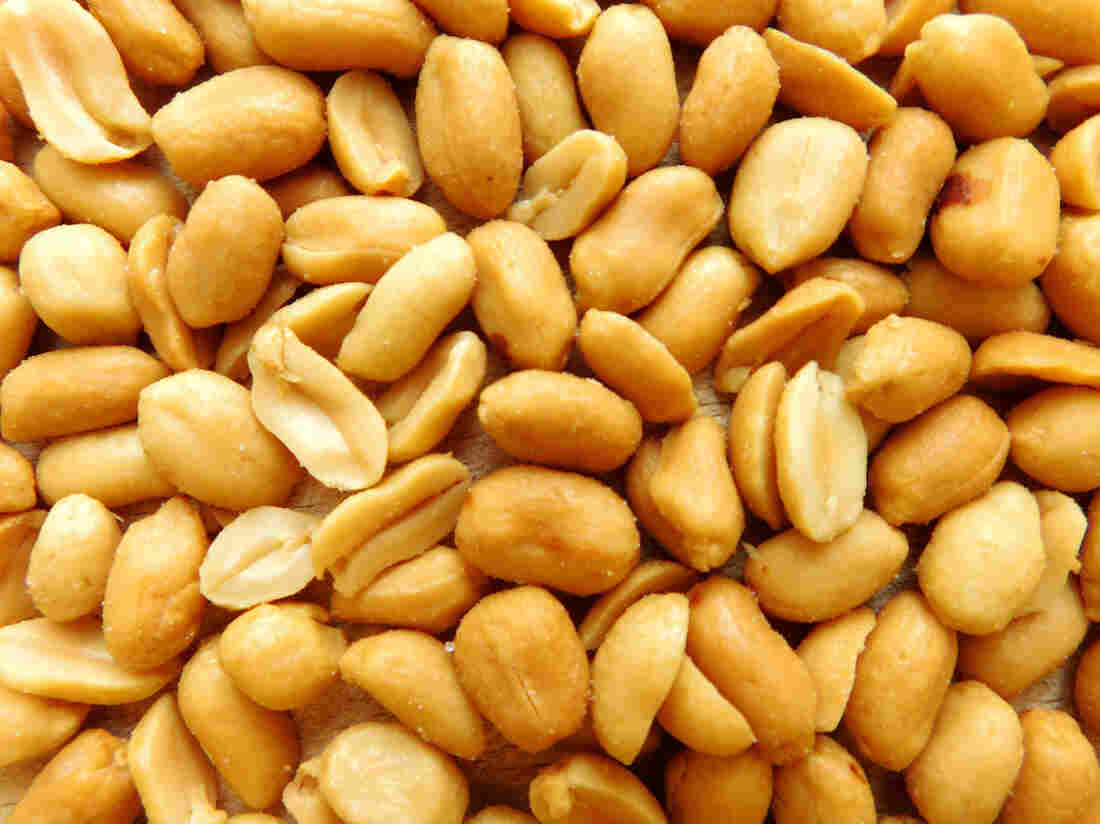 Palforzia, a new drug to treat peanut allergies, is expected to get FDA approval. The main ingredient of the drug is peanut flour. Marco Livolsi/EyeEm/Getty Images hide caption 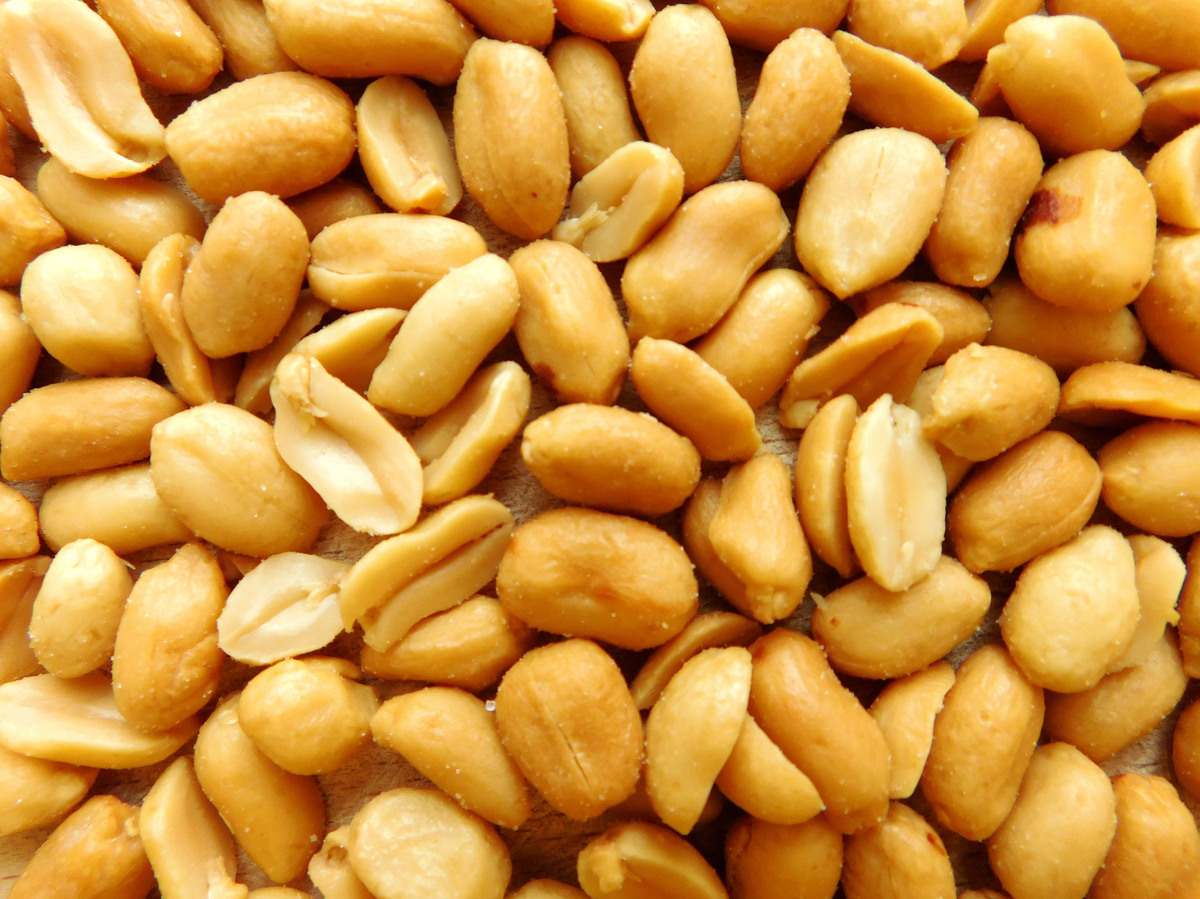 Palforzia, a new drug to treat peanut allergies, is expected to get FDA approval. The main ingredient of the drug is peanut flour.

A panel of experts earlier this month recommended that the U.S. Food and Drug Administration approve a new drug for children and teens with peanut allergies.

The drug, called Palforzia, was developed by California startup Aimmune Therapeutics to be taken daily in a regimen known as oral immunotherapy. The therapy involves ingesting small doses of peanut protein, gradually increased over months, to blunt the immune system's overreaction to peanuts. When it's effective, patients can become biteproof — that is, able to withstand small amounts of peanut that would have previously caused possibly dangerous allergic reactions.

With the FDA's go-ahead, expected by January, Palforzia would become the nation's first approved treatment for food allergies, which now afflict 1 in 13 children.

Many families and physicians are celebrating. But some are also wondering how "new" Aimmune's treatment really is. Some 200 of 5,000 board-certified U.S. allergists already offer oral immunotherapy to treat allergies to peanuts and other foods, using peanut flour or other products from retail vendors.

The treatment is not a cure, has side effects and doesn't work for everyone. Yet over the past decade, more than 7,800 people have received it — and for those who do benefit, the therapy can be life-changing.

"The stress and anxiety as a result of food allergies is comparable to that of other chronic illnesses," psychologist Linda Herbert of Children's National Health System in Washington, D.C., said at last week's FDA meeting. Approval of Palforzia would allow doctors "to provide additional options for our families so we can empower them to make choices, to not feel so out of control when they go about their day-to-day lives."

Some peanut allergy sufferers are already doing oral immunotherapy. It involves consuming prescribed doses of peanut flour — the main ingredient pre-measured and packaged into Aimmune's colored capsules. So, some allergists are asking, what makes this pharmaceutical product any better?

"They are just packaging up what we already do, in a gold-plated capsule," says Hugh Windom, an allergist in Sarasota, Fla. Since 2012, Windom's clinic has administered oral immunotherapy to more than 400 people with allergies to peanuts, cashews, walnuts, milk, eggs and other foods. A 1-pound bag of peanut flour costs $6 and provides for more than 100 patients. "It lasts us all year," Windom says.

Analysts estimate that one year's supply of Palforzia — pull-apart capsules containing unmodified peanut flour plus several inactive ingredients — would run $4,200 per patient, though Aimmune CEO Jayson Dallas says the company will not set a price until after a potential FDA approval.

No matter the cost, some allergists say a standardized product is critical to ensure a predictable and hopefully safer experience for patients. "What I choose might be double or triple what the guy down the street chooses. There's a lot of people doing their own protocols," says David Anmuth, an allergist at the Pediatric Lung and Allergy Center in Fairfax, Va.

"The problem with store-bought peanut substances — whether it's peanut butter or peanut flour or Reese's Pieces — is you have absolutely no idea how much you're giving," Daniel Adelman, Aimmune's chief medical officer, says.

Commercial peanut products can differ quite a bit in their amounts of allergy-causing proteins, or allergens. Aimmune's product, on the other hand, "is characterized for its allergen content," Adelman says. "We have specifications to ensure consistency from lot to lot and from capsule to capsule. So there is certainty that you are giving the right dose to the right patient at the right time."

But some researchers argue that this degree of precision is unnecessary. For more than a century, allergists have safely and effectively delivered shots for pollen, trees and other environmental triggers, and the allergen content in those can vary considerably, writes allergist and researcher Richard Wasserman of Dallas in a letter to the editor published in the Journal of Allergy and Clinical Immunology. Wasserman has published several papers on oral immunotherapy using commercially available peanut products.

For clinicians who currently offer peanut allergy oral immunotherapy, dosing procedures vary. On the Facebook group Food Allergy Treatment Talk, parents shared that some clinics hire a compounding pharmacy to create pre-measured peanut flour capsules. Others mix Jif or PB2 powdered peanut butter into Kool-Aid and have patients measure daily servings with a syringe. For larger doses, families may weigh their own peanuts at home on a scale.

Still, an FDA-approved product of standardized capsules could assuage academic institutions wary of risk to pediatric patients. "We have a lot of internal institutional regulatory issues when it comes to offering treatments for children that have potential for risk," says Jaclyn Bjelac, an allergist at the Cleveland Clinic in Ohio. With an FDA-approved product, regulatory bodies "will likely be much more amenable to allowing us to move forward."

If Palforzia's approval can convince the Cleveland Clinic's regulatory bodies that oral immunotherapy is becoming an important part of clinical practice, Bjelac expects "it would expand our offerings rather than limit us only to this product." The clinic would very likely include such therapy for other foods besides peanuts and consider additional therapies — such as liquid mouth drops that seemed to work comparably to OIT with fewer side effects in a recent small study.

Similarly, if the FDA does approve Palforzia, it may encourage more allergists to begin providing it to patients. For example, Virginia private allergist Anmuth says he may rethink offering the treatment.

Currently he doesn't provide oral immunotherapy, in part because of liability. If you offer a nonapproved treatment and the patient has a bad outcome, he says, "you don't really have any legal way to back you up." His clinic is unlikely to add OIT for foods besides peanuts until additional standardized therapies become available. "Maybe I'm just too much of a rule follower, but I think the safest way to do these things are to let the studies declare themselves and use the products that are released," he says.

Another way an FDA-approved product would help legitimize food allergy treatments is by prompting the development of insurance codes. Because oral immunotherapy-specific codes do not currently exist, some allergists will bill the treatment as oral food challenges, related desensitization protocols or prolonged office visits. Though the supplies — such as peanut flour or peanut butter — are simple to obtain, the protocol requires lengthy doctor visits to monitor for allergic reactions, which can include life-threatening anaphylaxis, as patients ramp up to higher doses every one to two weeks. Often patients must pay out of pocket for these supplies, as well as the office visits their insurance won't cover.

Some warn that expanding access also carries risk — it can put a complex therapy into possibly untrained hands. Just as you wouldn't want your heart surgery done by someone with minimal expertise following a standardized protocol, "why would we want a complicated procedure like immunotherapy made available in that way?" says allergist Nikhila Schroeder of Allergenuity Health, a food allergy clinic in Charlotte, N.C. "Maybe there's a standardized product, but it still has to be managed in an expert way."

But widespread adoption could help researchers collect larger volumes of data to learn more about OIT's long-term safety and effectiveness. "When patients are treated very differently — with different products and protocols — that critically important scientific opportunity is lost, along with potential key learnings to improve treatment for patients," Brian Vickery, an allergist at Emory University in Atlanta who formerly worked at Aimmune, wrote in an email.

The move toward FDA approval could also unite disparate camps all seeking the same goal: finding solutions to children's debilitating food allergies. In the years leading up to the anticipated approval of Palforzia, funding for oral immunotherapy research has gone to academic institutions, but many of the therapy's biggest proponents have been allergists in private practice. These practitioners have gathered at meetings to share experiences and publish best practices. Some will contribute their learnings to the wider allergy community in a November OIT summit organized by Food Allergy Research and Education, the advocacy organization that helped fund Aimmune's launch.

"Collaboration is incredibly important in this field right now," says Kimberley Yates, CEO of Latitude Food Allergy Care in Redwood City, Calif. "The more that people can come together to try and solve this problem, the better we can provide for the patients within the allergy community."

A previous version of this story misspelled the name of Jif peanut butter as Jiff.