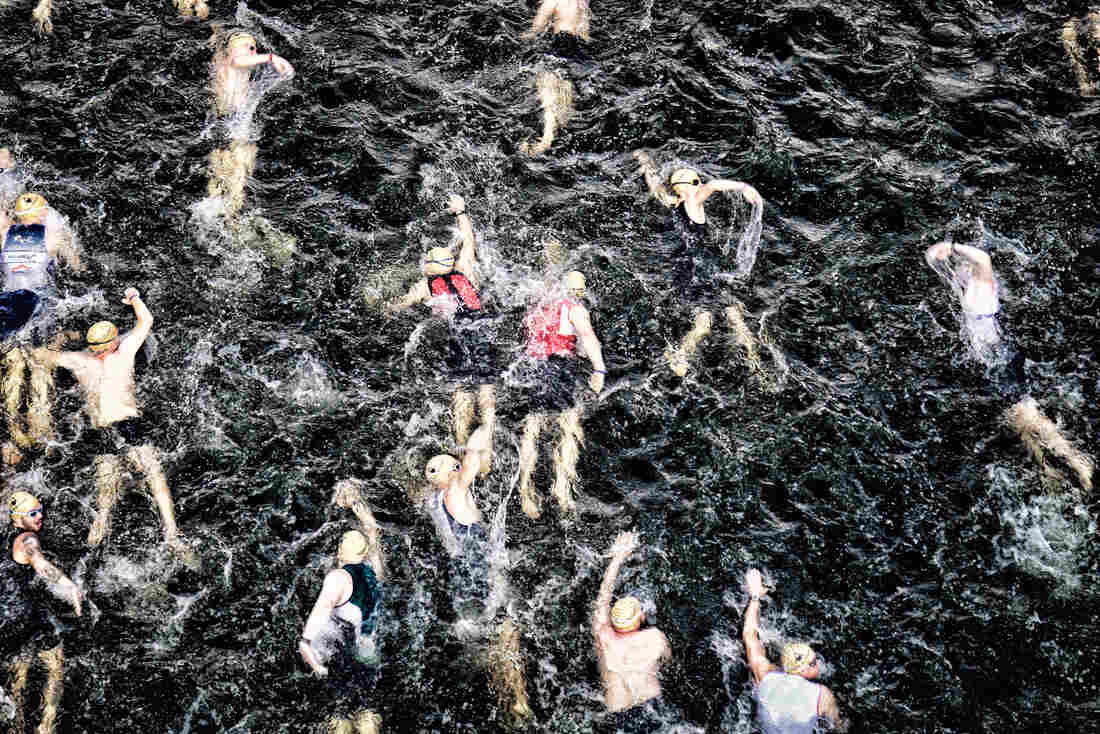 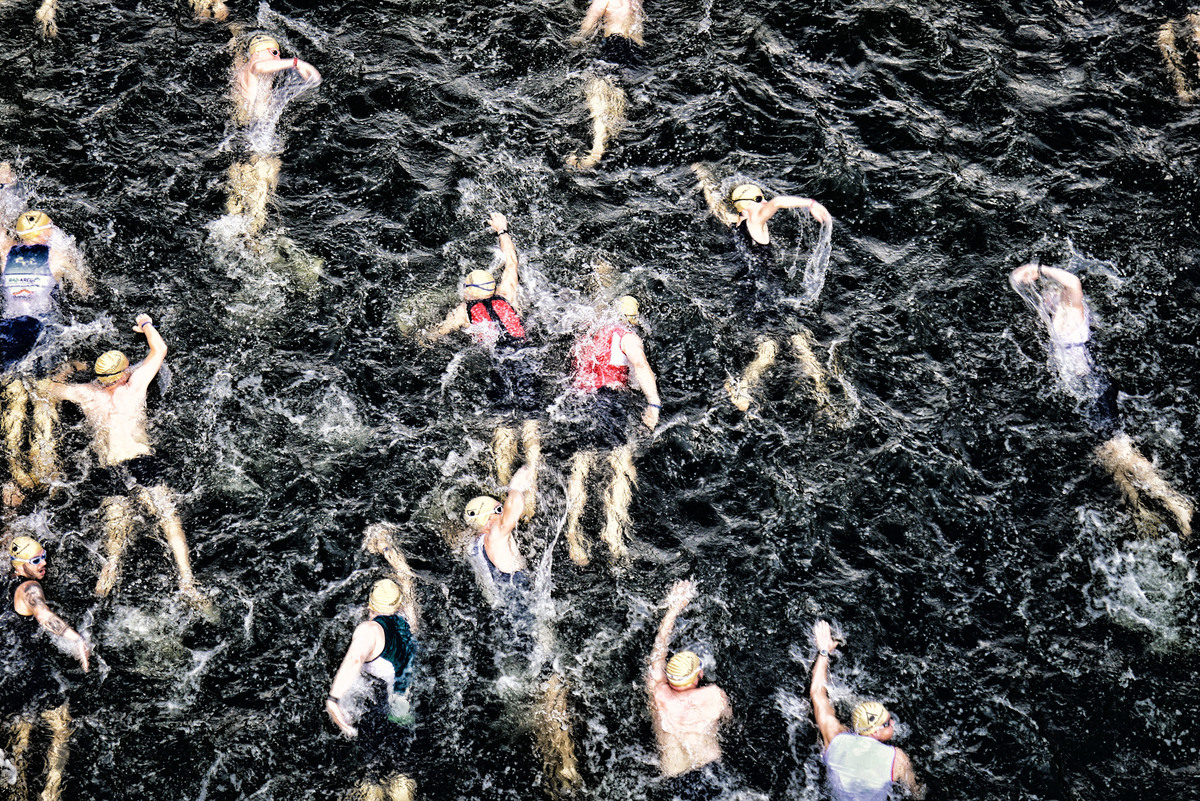 Triathletes who trained too much chose immediate gratification over long-term rewards, researchers found.

Too much physical exertion appears to make the brain tired.

That's the conclusion of a study of triathletes published Thursday in the journal Current Biology.

Researchers found that after several weeks of overtraining, athletes became more likely to choose immediate gratification over long-term rewards. At the same time, brain scans showed the athletes had decreased activity in an area of the brain involved in decision-making.

The finding could explain why some elite athletes see their performance decline when they work out too much — a phenomenon known as overtraining syndrome.

The distance runner Alberto Salazar, for example, experienced a mysterious decline after winning the New York Marathon three times and the Boston Marathon once in the early 1980s. Salazar's times fell off even though he was still in his mid-20s and training more than ever.

"Probably [it was] something linked to his brain and his cognitive capacities," says Bastien Blain, an author of the study and a postdoctoral fellow at University College London. (Salazar didn't respond to an interview request for this story.)

Blain was part of a team that studied 37 male triathletes who volunteered to take part in a special training program. "They were strongly motivated to be part of this program, at least at the beginning," Blain says.

Half of the triathletes were instructed to continue their usual workouts. The rest were told to increase their weekly training by 40%.

The result was a training program so intense that these athletes began to perform worse on tests of maximal output.

After three weeks, all the participants were put in a brain scanner and asked a series of questions designed to reveal whether a person is more inclined to choose immediate gratification or a long-term reward. "For example, we ask, 'Do you prefer $10 now or $60 in six months,' " Blain says.

The answers showed a clear difference in the overtrained athletes. "Those people were, in fact, choosing more immediate gratification than the other group of athletes," Blain says.

The scanner also revealed a difference. There was less activity in "a very little brain area, a little spot of the left prefrontal cortex that's impacted during decision-making," Blain says.

When there's lots of activity in that area, athletes are able to ignore signals from screaming muscles and focus on winning, Blain says. But when an athlete trains too hard, a sort of brain fatigue sets in and the activity level remains low and the person has less ability to push their body, he says.

Other research teams also have found evidence that physical exertion can affect both decision-making and brain activity.

"We find that people as they have repeatedly exerted effort over time, they tend to be less willing to continue exerting effort for rewards," says Tanja Mueller, a graduate student at the University of Oxford who wasn't involved in the study of triathletes.

But the brain may not be simply choosing between long-term goals vs. immediate gratification, Mueller says. The calculus may be more about cost and benefit.

Research by Mueller and Matthew Apps suggests that when the body becomes physically depleted, the brain begins to experience "motivational fatigue," which affects decision-making. When that happens, the brain "may not consider it worth it anymore to wait for higher rewards."

The brain appears to be constantly reassessing the value of a goal, says Todd Braver, a professor of psychological and brain sciences at Washington University in St. Louis.

And the answer to that question may change as the body's level of fatigue increases. "The brain might have this kind of built-in mechanism to say, 'Hey, it's time to shift from this goal to another one,' " he says.

For an athlete, Braver says, that could mean abandoning the goal of winning a race and embracing a goal that will let them recover.