Accessibility links
Lawsuit Seeks Medicare Advantage Overcharges Audit Results : Shots - Health News A lawsuit filed by Kaiser Health News under the Freedom of Information Act could spur the Centers for Medicare & Medicaid Services to release audits that document up to $650 million in overcharges. 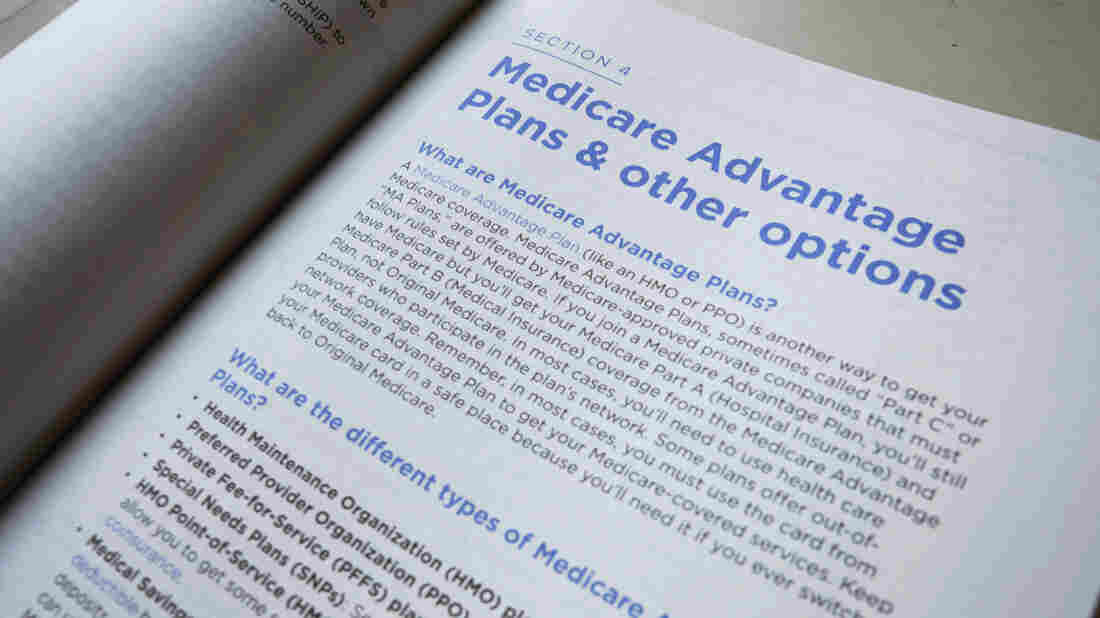 Medicare Advantage health plans, mostly run by private insurance companies, have enrolled more than 22 million seniors and people with disabilities — more than 1 in 3 people who are on some sort of Medicare plan. Pablo Martinez Monsivais/AP hide caption 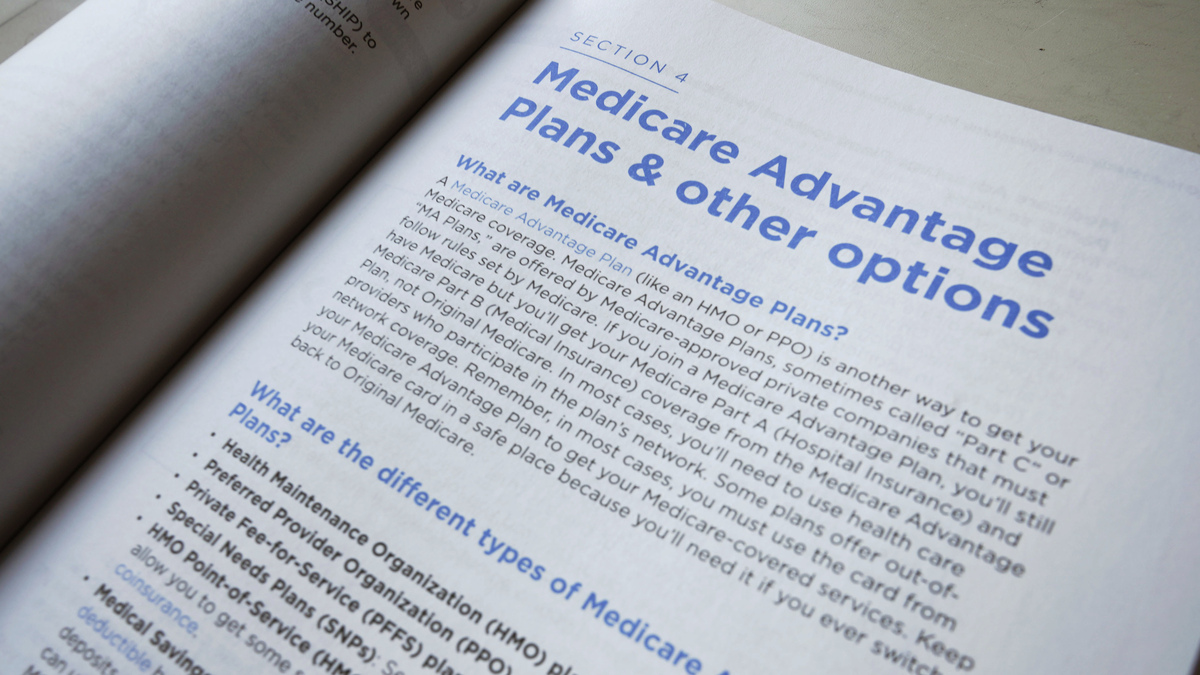 Medicare Advantage health plans, mostly run by private insurance companies, have enrolled more than 22 million seniors and people with disabilities — more than 1 in 3 people who are on some sort of Medicare plan.

Kaiser Health News is suing the U.S. Centers for Medicare & Medicaid Services to release dozens of audits that the agency says reveal hundreds of millions of dollars in overcharges by Medicare Advantage health plans.

The lawsuit filed late Thursday in U.S. District Court in San Francisco under the Freedom of Information Act, seeks copies of 90 government audits of Medicare Advantage health plans that were conducted for 2011, 2012 and 2013 but never made public. CMS officials have said they expect to collect $650 million in overpayments from the audits. Although the agency has disclosed the names of the several dozen health plans under scrutiny, it has not released any other details.

"This action is about accountability for hundreds of millions of public dollars misspent," says Elisabeth Rosenthal, KHN's editor-in-chief. "The public deserves details about the overpayments, since many of these private companies are presumably still providing services to patients and we need to make sure it can't happen again."

Medicare Advantage, mostly run by private insurance companies, has enrolled more than 22 million seniors and people with disabilities — more than 1 in 3 people on Medicare.

On July 3, KHN reporters filed a FOIA request that seeks copies of the CMS audits, which are known as Risk Adjustment Data Validation, or RADV, and include the audit spreadsheets, payment error calculations and other records. CMS has yet to respond to that request, according to the lawsuit.

"By this FOIA action, KHN seeks to shine a public light on CMS's activities on behalf of millions of Americans and their families," the legal suit states. The suit asks the court to find that CMS violated the FOIA law and order the agency to "immediately disclose the requested records."

While Medicare publicly discloses audits of other medical businesses, Medicare Advantage insurers "are being treated differently," according to the suit. "These audits are improperly being withheld by CMS, even though CMS estimates that these audits have identified some $650 million in improper charges," the lawsuit alleges.

While proving popular with seniors, the Medicare Advantage industry has long faced criticism that it overcharges the government by billions of dollars every year.

Medicare pays the health plans higher rates for sicker patients and less for those in good health. However, the RADV audits have shown that health plans often cannot document whether many patients actually had the medical conditions the government paid them to treat, generating overpayments. The secretive RADV audits are the primary means for CMS to hold the industry accountable and claw back overcharges for the U.S. Treasury.

In July, Kaiser Health News and NPR reported that Medicare Advantage plans have overcharged the government by nearly $30 billion in the past three years alone — money federal officials have struggled to recoup.

"In many cases, CMS has known for years about the tendency for some MA plans to overbill the government yet, despite this, CMS has taken little to no action to course correct. It is critical that CMS act immediately to recoup these overpayments and prevent future overbilling by MA plans," Brown wrote.

The insurance industry is fighting a proposal by CMS that would expand the impact of RADV by extrapolating error rates found in a random sample of patients to the plan's full membership — a technique expected to trigger many multimillion-dollar penalties.

The FOIA lawsuit is the second by a media organization to compel CMS to disclose RADV audit findings. In 2014, the Center for Public Integrity sued CMS and won a court order forcing release of RADV audits for the first time. The audits showed that 35 of 37 plans had been overpaid, in some cases by as much as $10,000 per patient in a year.