Accessibility links
Access To Transgender-Related Health Coverage Is The Focus Of A Georgia Lawsuit : Shots - Health News Attorneys say a win in the case filed in central Georgia on Wednesday could ultimately set a precedent that influences the law in Alabama, Florida and Georgia. 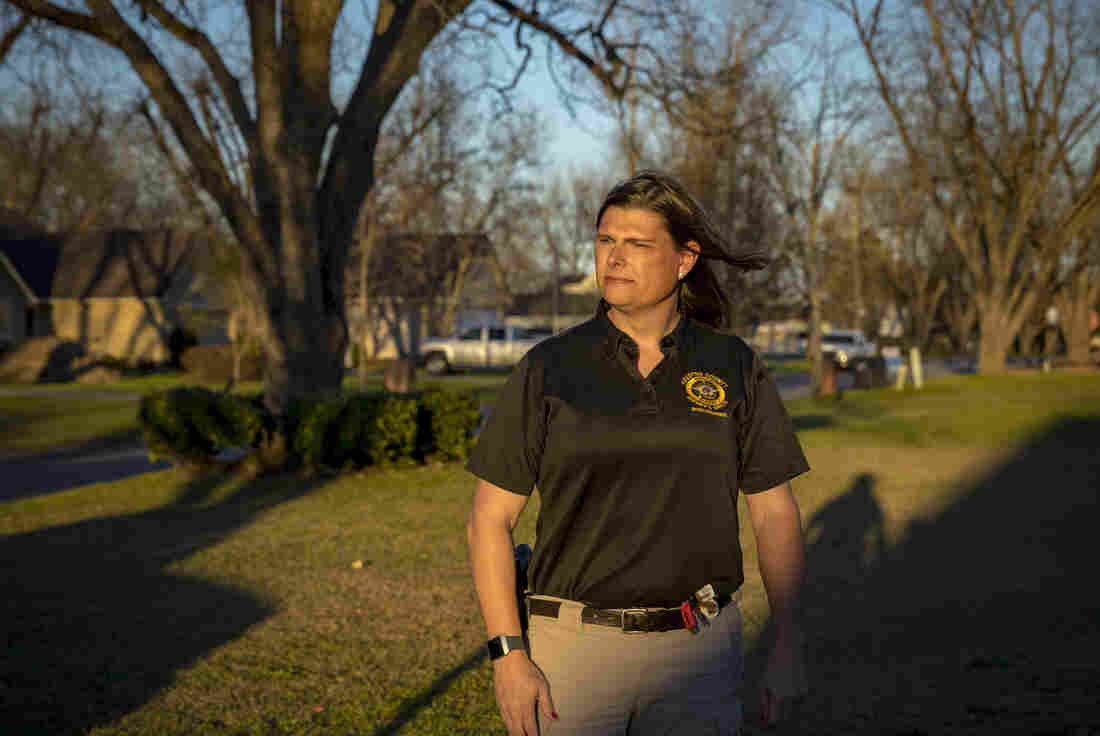 Sgt. Anna Lange filed a lawsuit against the county where she works in Georgia for refusing to allow her health insurance plan to cover gender-affirmation surgery. Audra Melton for NPR hide caption 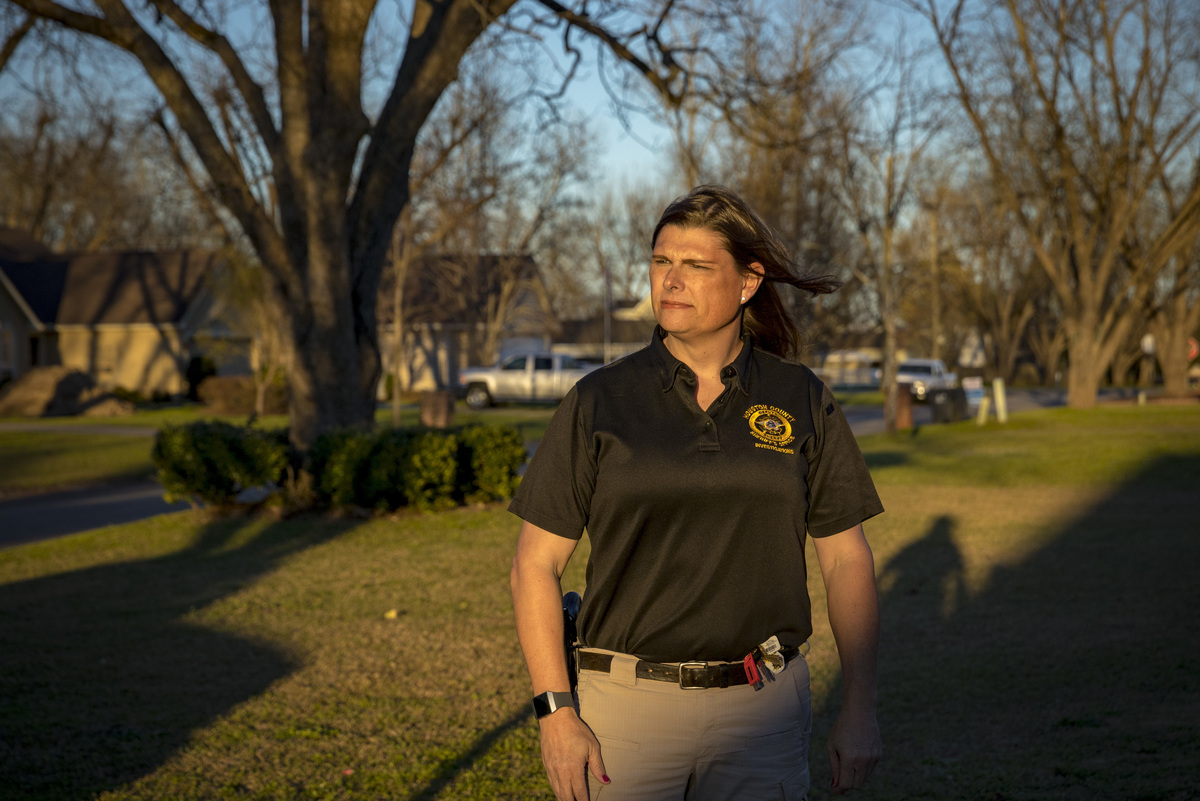 Sgt. Anna Lange filed a lawsuit against the county where she works in Georgia for refusing to allow her health insurance plan to cover gender-affirmation surgery.

A sheriff's deputy in Perry, Ga., filed a lawsuit in federal court Wednesday against the county where she works for refusing to allow her health insurance plan to cover her gender-affirmation surgery.

Sgt. Anna Lange came out as transgender in 2017, after working in the Houston County Sheriff's Office since 2006. She has taken hormone therapy and outwardly changed her appearance over the past three years to treat gender dysphoria, the distress resulting from the mismatch between her sex assigned at birth and her gender identity.

Her next step was going to be gender-affirmation surgery, but that plan came to a halt when, as NPR previously reported, her insurance provider denied coverage for the procedure, based on an exclusion specified by her employer.

Now, Lange is suing the Houston County Board of Commissioners to remove that exclusion. Early on Wednesday, she and her lawyer, Noah Lewis of the Transgender Legal Defense and Education Fund, filed suit in U.S. District Court in Macon, Ga., alleging unlawful discrimination under federal and state equal protection clauses, Title VII of the Civil Rights Act and the Americans with Disabilities Act.

Lange's case is the latest in the U.S. to challenge the exclusion of transgender care from state and municipal employee insurance plans — and could create legal precedents for cases across the South.

Earlier this year, Jesse Vroegh, a transgender employee of the Iowa Department of Corrections, won a lawsuit he'd filed after being denied coverage by his employer's health insurance plan.

And in Georgia, the state's university system recently settled an insurance exclusion claim for gender-affirmation surgery filed by Skyler Jay, known for his appearance on the Netflix series Queer Eye. In addition to changing its employee health plan to be inclusive of transgender care, the university system paid Jay $100,000 in damages.

"The university clearly agreed that it was discrimination," says Lange's attorney, Lewis, who also represented Jay. "That's why they wanted to do the right thing and remove the exclusion."

In 2011, another Georgia case, Glenn v. Brumby, set the legal precedent protecting transgender people from employment discrimination. However, that case did not address discrimination in employee benefits and, like Jay's case, many that deal with benefits have been settled out of court, according to Lewis.

The Affordable Care Act, which took effect in 2014, specifically prohibits discrimination by health insurance issuers on the basis of gender identity, and Title VII of the Civil Rights Act also has been interpreted to prohibit such discrimination.

Despite broad legal consensus that transgender insurance exclusions are unlawful, state and local governments continue to pursue expensive legal fights to preserve them. The issue remains contentious for many social conservatives.

"Ultimately, what's happening is that, politically, I presume they think it's unpopular or they think they have to defend" the law or regulation, says John Knight, an attorney with the American Civil Liberties Union.

Resisting paying for such care can be more expensive than providing it. Not including the costs of state attorneys' salaries or appeals, Wisconsin's litigation against the employees of its university system cost the state more than $845,000, while Iowa's cost about $125,000.

Furthermore, the cost of managing untreated gender dysphoria can outweigh the costs of providing transgender-inclusive health care, according to a 2015 study.

"Given the small number of people who actually need this kind of care and the large pool of people, it will have absolutely no impact on the total cost of insurance for any state," Knight says.

While settlements such as Jay's may be good for individuals, they do not require institutions to admit wrongdoing and do not result in a legal precedent that other, lower courts must follow.

"The court doesn't have to look at that settlement and say, 'Oh, this was discrimination,' " Lewis says. "Transgender workers in the South are being left behind, which is why we're seeking a court ruling to clearly establish that this conduct is unlawful throughout the South."

Lange's suit argues that the county's exclusion of transgender health care from coverage was deliberate: In documents Lewis obtained under the Freedom of Information Act, Kenneth Carter, the county's personnel director, opted out of compliance with Section 1557 of the Affordable Care Act, which prohibits discrimination by health programs on the basis of gender identity.

"Houston County will be responsible for any penalties that result if the plan is determined to be noncompliant," he wrote in a letter to a representative of Anthem Blue Cross and Blue Shield, which administers the plan.

Lange's case could end up before the 11th U.S. Circuit Court of Appeals, yielding a decision that could influence other courts in Alabama, Florida and Georgia. And, if the ruling is in Lange's favor, Lewis says, that would signal that transgender exclusions should be removed nationwide. 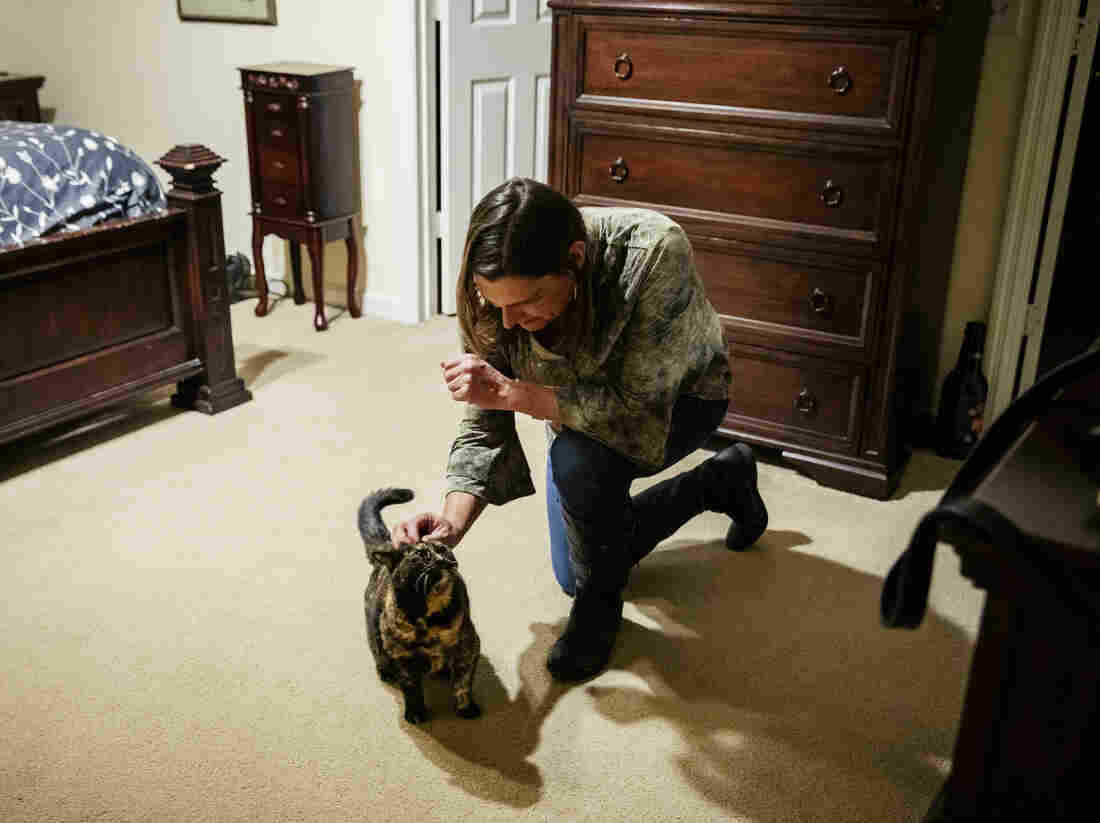 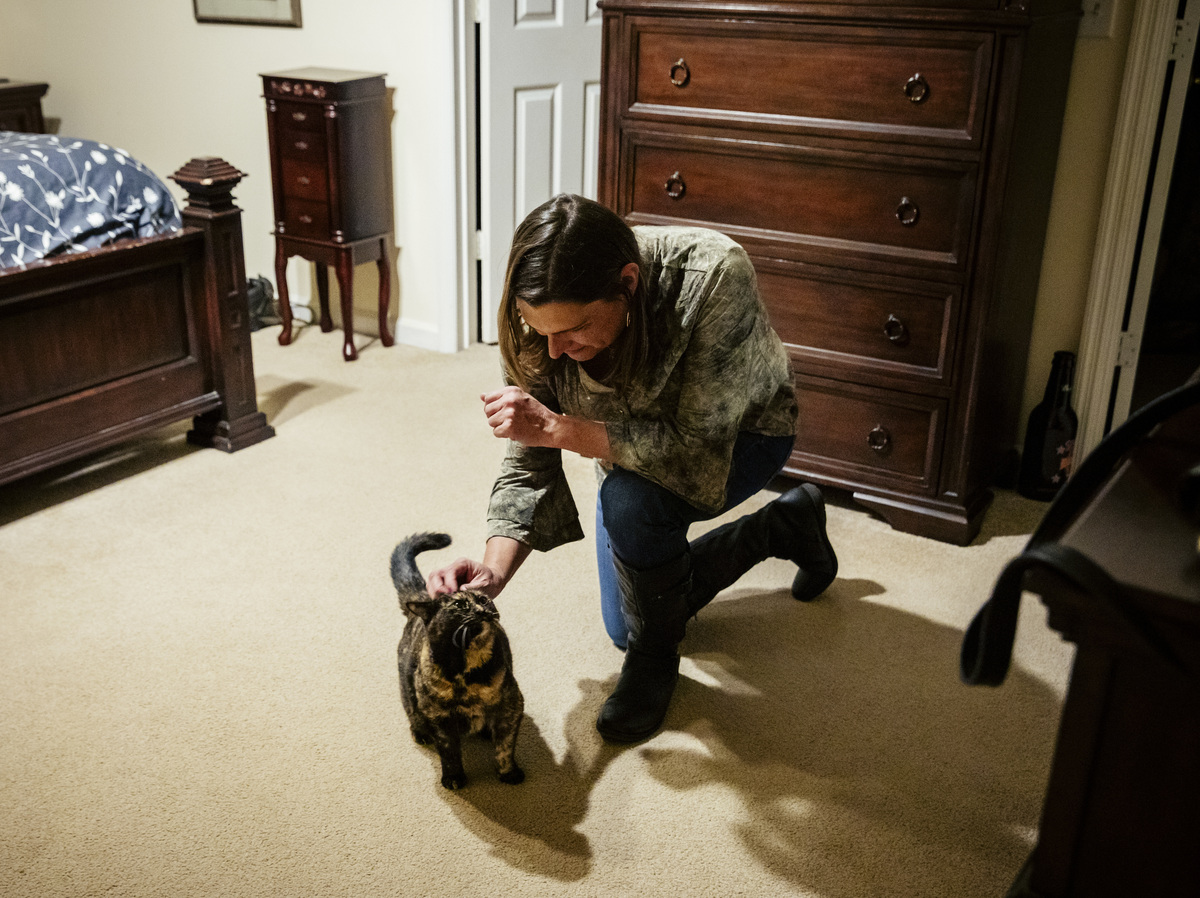 Lange's suit argues that the county's exclusion of transgender health care from coverage was deliberate.

In its next term, the U.S. Supreme Court will hear three cases that will determine workplace protections of LGBTQ individuals, including one case involving a transgender woman.

Keren Landman, a practicing physician and writer based in Atlanta, covers topics in medicine and public health. Kaiser Health News is a nonprofit, editorially independent program of the Kaiser Family Foundation. KHN is not affiliated with Kaiser Permanente.