Accessibility links
Worried Your Teen Is Vaping? How To Have A Tough Conversation : Shots - Health News Vaping has attracted a new generation to nicotine, and is fueling a dangerous outbreak of lung disease. If you're a parent of a teen you're probably worried. But what should you say to your kids? 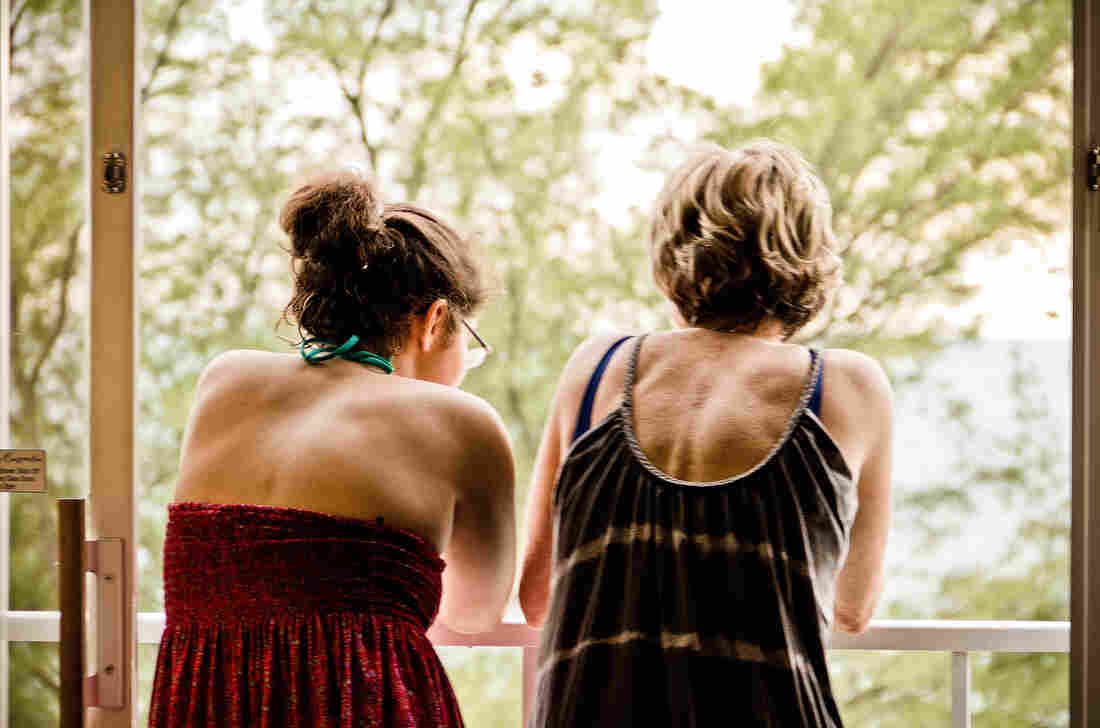 Vaping has become ever-present among teens, but the health risks are real. How do you talk to your kids about vaping? Meaghan Browning/Getty Images hide caption 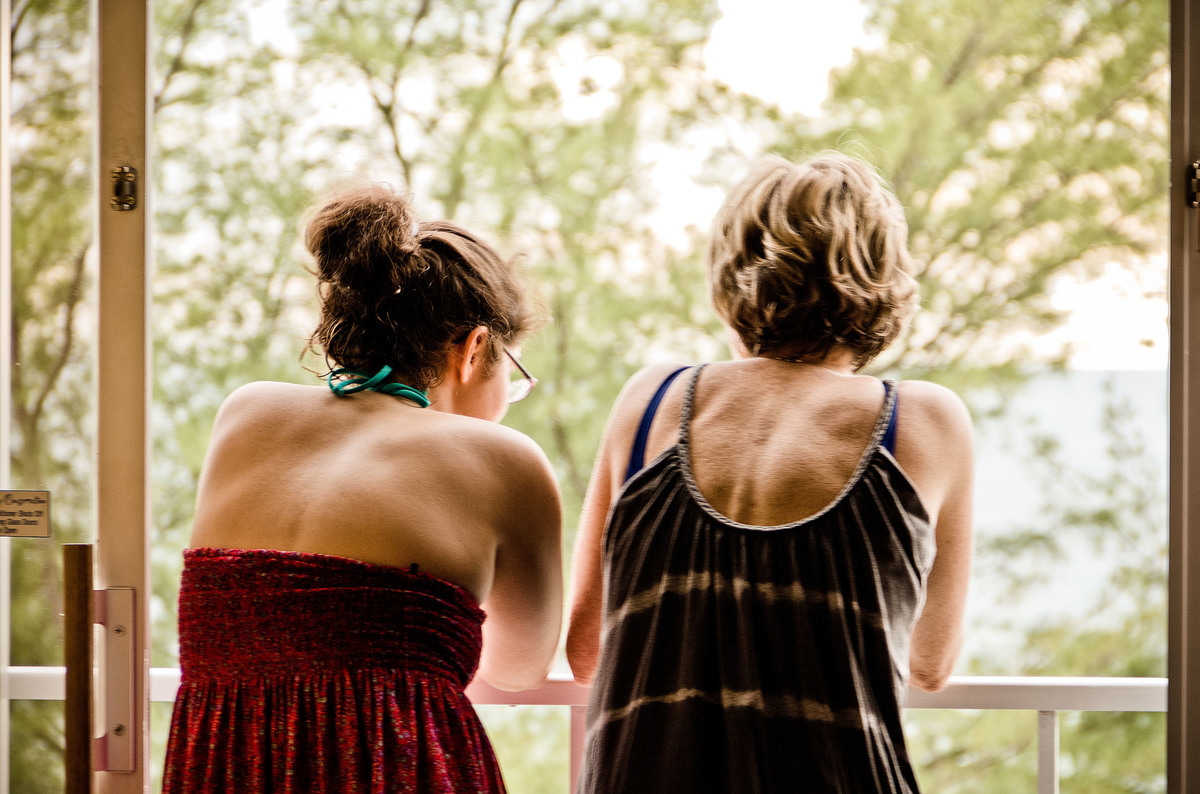 Vaping has become ever-present among teens, but the health risks are real. How do you talk to your kids about vaping?

Vape pens are easy to conceal, they're easy to confuse with other electronic gadgets like USB flash drives, and they generally don't leave lingering smells on clothes. All these things make them appealing to underage users, and confounding to parents. Gone are the days when sniffing a teenager's jacket or gym bag counted as passive drug screening. Now if parents want to know if their teens are vaping nicotine or cannabis, their best bet is a good old fashioned conversation.

And with news of an outbreak of life-threatening vaping illness sweeping the country, and vape use at an all-time high among teens, the issue feels more urgent than ever. Here's what to say — and not to say — to help your child deal with peer pressure and misinformation, and stay safe.

For more stories about your life and health, explore Life Kit, NPR's family of podcasts for making life better — everything from exercise to raising kids to making friends. For more, sign up for the newsletter and follow @NPRLifeKit on Twitter.

Explain the health risks, because some kids really don't know

Surprisingly, there's a widespread the misconception among teens that vaping is safe. "Two thirds of kids didn't realize Juul always has nicotine," says Robin Koval, CEO of Truth Initiative, a public health organization focused on ending tobacco use. "Many of them started vaping thinking it was just great flavors and water vapor. They certainly didn't sign up to become addicted."

If E-Cigs Were Romaine Lettuce, They'd Be Off The Shelf, Vaper's Mom Tells Congress

Dr. Suchitra Krishnan-Sarin, a psychiatrist at Yale University, who specializes in teenage substance abuse, says when it comes to some ingredients, "we don't really know the long term effect on your health." She says the advice she gives her own son is: "Don't put something in your body if you don't know what's in it."

It may seem obvious, but make sure your kid understands that vaping comes with health risks. There's even more risk for vape products purchased informally, which could have been adulterated, and for THC-containing products — which the CDC warns people to stay away from altogether until it has a handle on the vaping lung disease outbreak.

Elsa Pearson, a policy analyst at Boston University, says that among this generation, smoking is "a complete faux pas" but vaping is seen as benign — and cool. "Kids don't see [vaping] as harmful — they see it as very different from smoking cigarettes," Pearson says.

She suggests parents flip the script, to portray vaping as a conformist behavior instead of a rebellious one, and explain to kids that vaping companies are "in cahoots with the cigarette industry. We need to show [kids] that by being 'rebellious' and vaping, they're doing exactly what the industry wants them to do."

Instead of wagging the finger, invite your kids to ask questions — and ask them questions of your own, to find what what kind of pressure they're experiencing. Koval says this can be a jumping off point for a good conversation. "Ask,don't tell. 'Is Juuling really popular in your school? How are you feeling about it?' Parents need to understand how much bullying is going on, how much peer pressure is going on."

Help your kid practice saying, "No"

The failures of the D.A.R.E. program are well documented, but if you help your kid "just say no" in their own words, that's actually a great prevention tactic, according to Jacobs. This means helping kids develop their own script for how they will deal with peer pressure when they inevitably encounter vaping in their peer group. "You definitely need specific tools, and you need to practice specifically what you will say, if someone offers you a Juul and you don't want to do it," she says.

If you do find out that your kid has tried vaping, resist the temptation to read them the riot act. "You're not going to punish, yell, or shame your kid out of vaping," Koval says. Megan Jacobs, managing director of product innovation at Truth Initiative, agrees. "It is impacting them in physiological ways," she says. "Yelling or saying 'Just stop' isn't a productive way of dealing with an addiction."

Pearson agrees. "Immediately going to the condescending side of 'How could you be doing this? This is so bad for you,' what that does is it automatically puts up a wall between the parent and the kid. Then kids are going to see vaping as even more rebellious, because Mom and Dad don't want me to do it."

Instead, arm teens with information and let them make their own decisions, says Krishnan-Sarin. She says education is a prevention strategy. "Our approach is, 'Here is the information, and you decide if you want to be using these products.' " Pearson says that among public health experts, there's a growing understanding that "when you become very preachy, you automatically lose a big chunk of your audience."

Go easy on yourself: You're not a bad parent if your kid vapes

Jacobs has had many conversations with parents of teen vapers in the course of building Truth Initiative's programs, and they tell her: "I really thought I had nicotine-proofed my kids, because I hammered home over and over again, 'Don't smoke, don't smoke, don't smoke.' And they're not smoking — but they're vaping."

She says she always emphasizes the same message at the end: "You are not a bad parent if your kid is vaping. You haven't failed them, or yourself. There are ways out of this. People can quit vaping, and there are ways to help your child through it."

Get smart, and get help

Because vaping is relatively new, there are fewer cessation resources out there than for quitting other types of tobacco, but they do exist. Become An Ex is a Truth Initiative resource for parents looking to help their child quit vaping. The program sends customized text messages to help parents understand what their teen is going through emotionally and physiologically, and how they can be supportive. To join, text "QUIT" to 202-899-7550.

If your teen vapes, Krishnan-Sarin says to take it as seriously as any other addiction, and be aware of how hard it is to quit. "Some kids may experience the physiological and psychological symptoms of withdrawal, and might need pharmacological support like nicotine replacement therapy." For teen-specific social support, Truth Initiative developed This Is Quitting — a vaping cessation program for young people. To join, text "DITCHJUUL" to 88709.