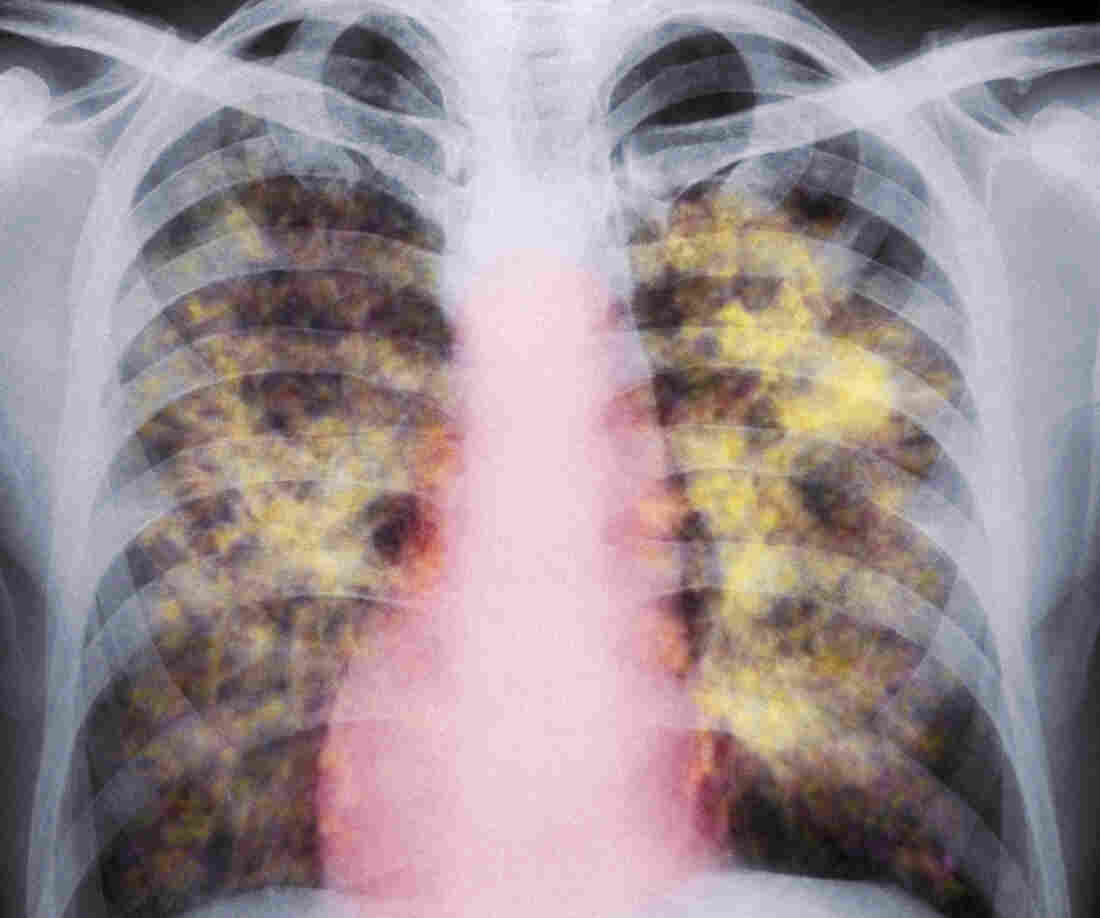 A colored X-ray of the lungs of a patient with silicosis, a type of pneumoconiosis. The yellow grainy masses in the lungs are areas of scarred tissue and inflammation. CNRI/Science Photo Library/Getty Images hide caption 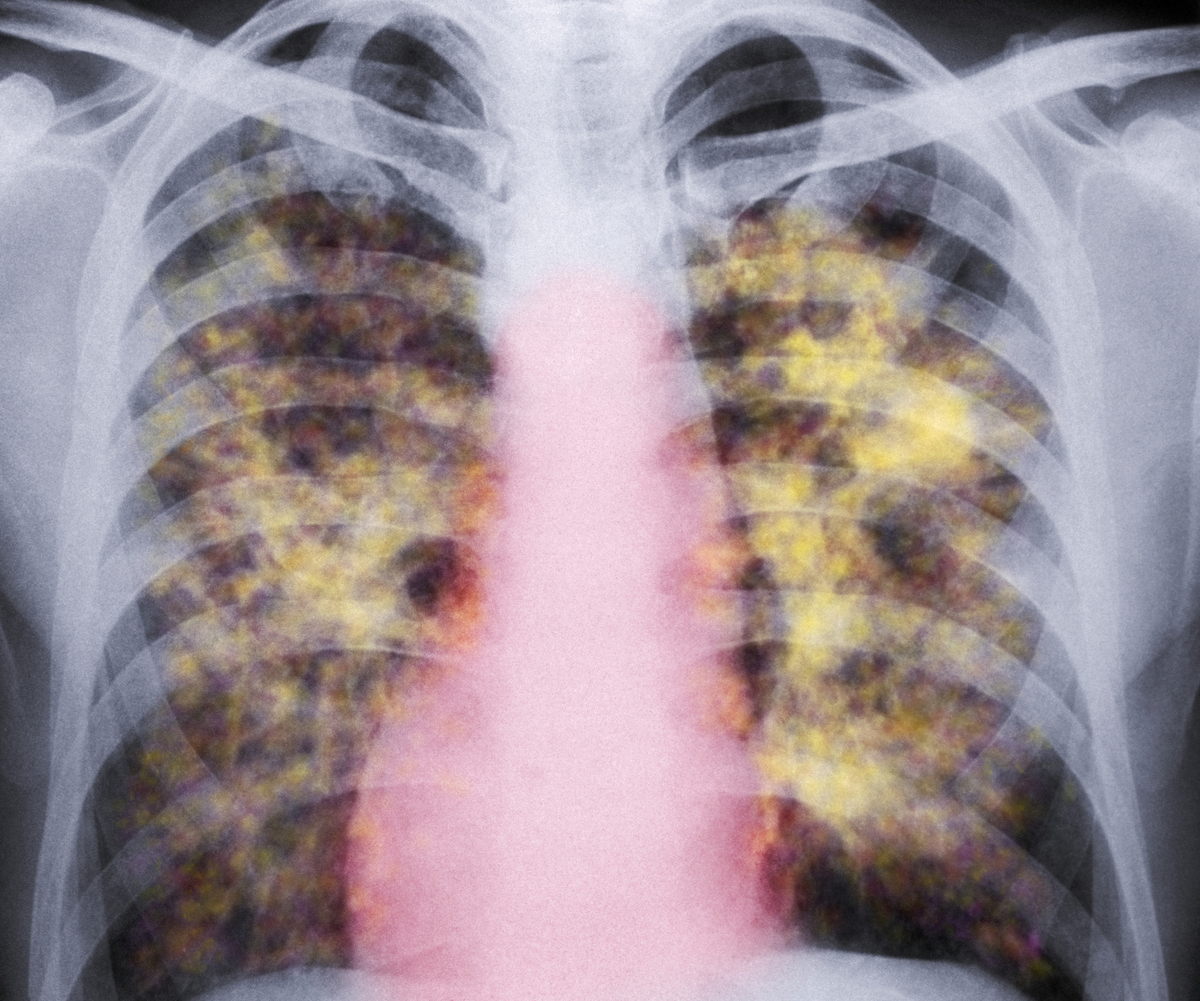 A colored X-ray of the lungs of a patient with silicosis, a type of pneumoconiosis. The yellow grainy masses in the lungs are areas of scarred tissue and inflammation.

Lawmakers in Congress are calling on the Department of Labor to do more to protect workers who may be unsafely cutting "engineered stone" used for countertops.

The material contains high levels of the mineral silica, and breathing in silica dust is dangerous. While silica is found in natural stones, like granite, engineered stone made of quartz can be more than 90% silica.

This type of artificial stone has become increasingly popular among Americans for kitchen and bathroom countertops in recent years.

Even though adequate dust control can completely eliminate the risk of silica-related disease, at least 18 workers in California, Colorado, Texas and Washington who cut slabs of this material to order have recently suffered severe lung damage, according to physicians and public health officials.

Two of the workers died of their silicosis, a lung disease that can be progressive and has no treatment except for lung transplant. That has occupational safety experts worried about the nearly 100,000 people who work in this industry.

And it's gotten the attention of the House Committee on Education and Labor. Its chairman, Bobby Scott, and Alma Adams, who chairs a subcommittee on workforce protections, have now written to Labor Department Secretary Eugene Scalia.

The lawmakers say the department's Occupational Safety and Health Administration needs to create a new National Emphasis Program that will make it easier to for the agency to inspect workplaces that cut engineered stone, to make sure levels of silica dust are within allowable limits.

"We are calling on OSHA to issue, without delay, a new NEP that focuses on engineered stone fabrication establishments," the lawmakers write. "Absent timely action, OSHA will be failing these stone finishing workers and failing in its mission."

Without this new program, they say, "it is difficult for OSHA to enter a workplace without a worker complaint, injury, or referral."

The two lawmakers also call on OSHA to work with the CDC and state health departments to improve surveillance for silica-related diseases. They say they want an update on the plans to protect workers in the engineered stone fabrication industry by Oct. 21.

The group said engineered stone surfaces "are totally safe in their fabrication and installation if it is performed according to the recommended practices," and that manufacturers have been working to educate fabricators about these practices.