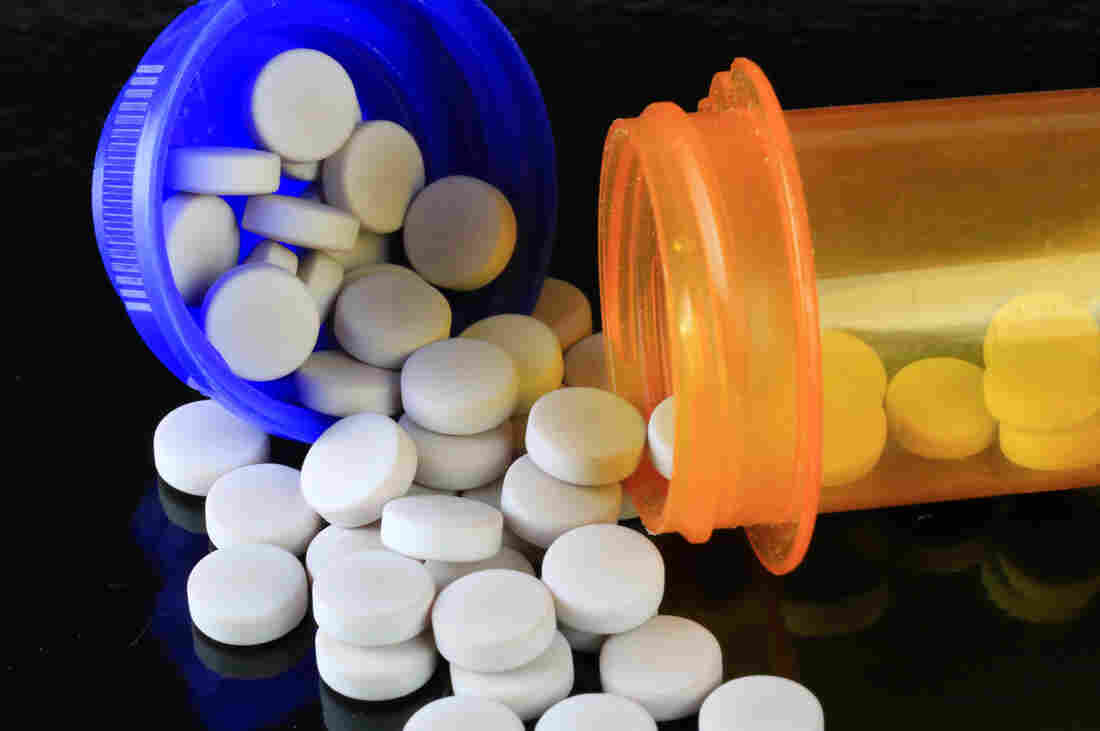 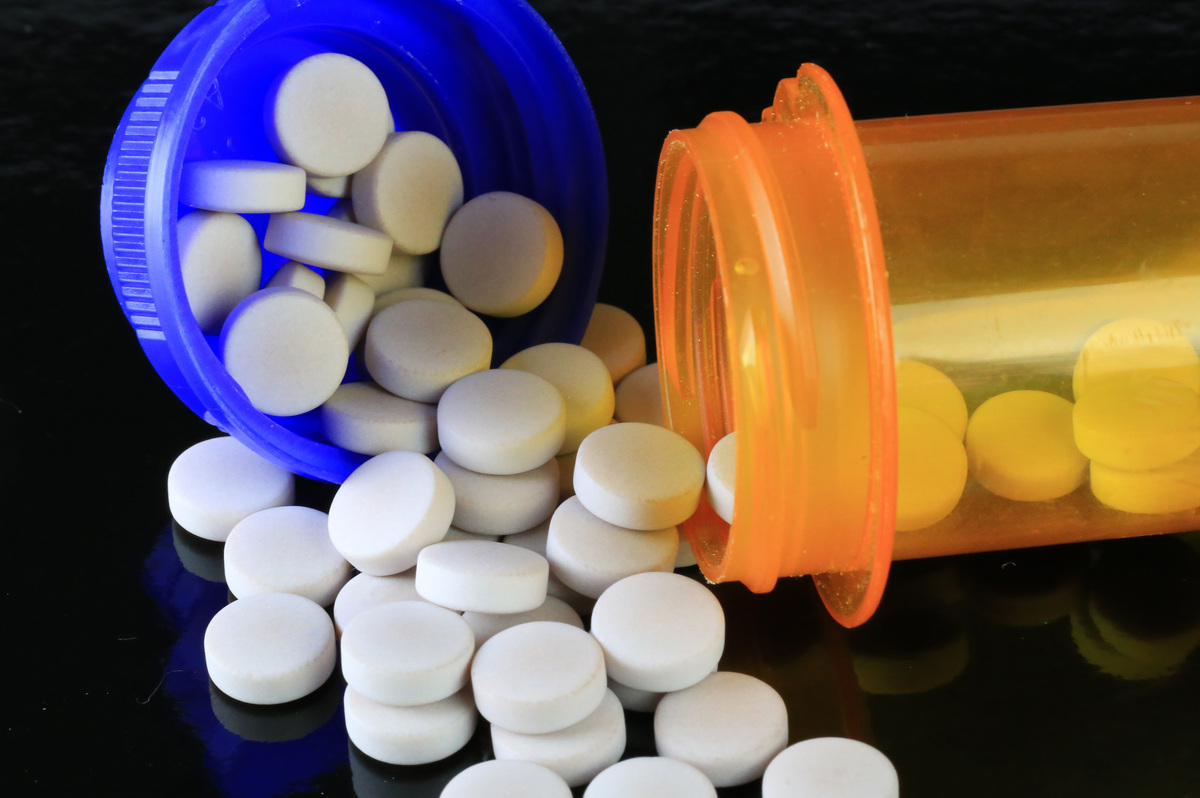 There's no doubt that opioids have been massively overprescribed in U.S. In the haste to address the epidemic, there's been pressure on doctors to reduce prescriptions of these drugs — and in fact prescriptions are declining. But along the way, some chronic pain patients have been forced to rapidly taper or discontinue the drugs altogether.

Now, the U.S. Department of Health and Human Services has a new message for doctors: Abrupt changes to a patient's opioid prescription could harm them.

On Thursday, the agency issued new guidelines for physicians on how best to manage opioid prescriptions. They recommend a deliberate approach to lowering doses for chronic pain patients who have been on long-term opioid therapy.

"It must be done slowly and carefully," says Adm. Brett P. Giroir, MD, assistant secretary for health for HHS. "If opioids are going to be reduced in a chronic patient it really needs to be done in a patient-centered, compassionate, guided way."

This is a course correction of sorts. In 2016, the Centers for Disease Control and Prevention issued prescribing guidelines. Those highlighted the risks of addiction and overdose and encouraged providers to lower doses when possible. In response, many doctors began to limit their pain pill prescriptions, and in some cases cut patients off.

Is There A Way To Keep Using Opioid Painkillers And Reduce Risk?

These guidelines led to rigid rules in some cases. Giroir says it's concerning that some clinicians, policymakers, and health systems are "interpreting guidelines as mandates."

"A guideline is a guideline it's not a mandate or a rule that works for every single patient," he says.

The new HHS guidance cautions that a hasty removal of the medication can lead to acute withdrawal symptoms, provoke thoughts of suicide and lead patients to seek out illicit opioids "as a way to treat their pain or withdrawal symptoms."

Entirely discontinuing opioids for a chronic pain patient is not always appropriate, according to the guidelines: "Unless there are indications of a life-threatening issue, such as warning signs of impending overdose, HHS does not recommend abrupt opioid dose reduction or discontinuation."

Giroir says the agency's move to issue these guidelines is a reflection of the current data.

"There is a very large body of data across the scientific and medical literature that would say that abrupt discontinuation or abrupt reduction in dosage can be harmful to patients," says Giroir.

Still, he says the evidence shows that "a majority of patients can have a reduction in opioids and improve pain control at the same time."

A growing concern about prescribing rules

The new tapering guidance follows earlier efforts to signal that too much emphasis on reducing opioids for chronic pain patients may backfire.

Earlier this year, both the CDC and the U.S. Food & Drug Administration put out statements about the dangers of suddenly discontinuing the medication or rapidly decreasing the dose.

In March, more than 300 doctors and health professionals, including three former White House Drug Czars, warned the CDC in a letter of the "widespread misapplication" of its 2016 opioid prescribing guidelines for chronic pain.

Even though the guidelines were voluntary and geared toward primary care doctors, the recommendations became a template for states and others seeking to minimize the risk of opioids.

Dr. Stefan Kertesz, a professor of medicine at the University of Alabama at Birmingham School of Medicine, was a lead author on that letter to the CDC.

He says the new guidance from HHS does well to highlight the risks of tapering, but there are still many obstacles to making it "useful and protective of patients."

"We have to be concerned that the governmental and nongovernmental agencies continue to incentivize dose reductions that violate the precepts of this document and hold no one accountable for harm to patients when doses are forced down across the board," says Kertesz.

Clinicians across the country remain under immense pressures to curb prescribing. Kertesz notes that Medicaid, as well as states and private payers, still have policies that lead to forced dose reductions.

"Until those laws, regulations, quality metrics and criteria are revisited, we will have to live with a heart-breaking conflict between what well-intentioned experts think is good practice and what our health system and laws incentivize," he says.

In the current environment, doctors worry prescribing opioids could endanger their ability to practice, especially if state medical boards or law enforcement agencies identify them as high prescribers in the electronic databases maintained by states.

Kertesz says a growing body of research is undermining the "foolish assumption that because pills have gone down, safety has been created."

"Taper might help some patients if you do it 100% correctly," he says, "And in reality, we are mostly doing it wrong."

Increasingly, patients with chronic pain are echoing these concerns as their doses are being lowered or discontinued.

Lessons learned from a Seattle clinic

The new policy at Harborview Medical Center aimed for a more cautious approach to prescribing the pills – measures like urine drug tests, dosing recommendations and guidance to taper patients on higher doses.

"We felt there was enough data to show high doses of opioids for chronic pain could be unsafe," says Merrill, a professor at the University of Washington School of Medicine.

After the rules took effect, Merrill began to notice certain patients weren't faring well. Some were missing appointments. Others appeared to be using illicit drugs or misusing their prescriptions.

"We had the sense that we were losing some patients," he says.

Over the next five years, the clinic used an in-house registry to track 572 of its patients who were on chronic opioid therapy for pain. More than half had their opioids discontinued.

Merrill says the results were a "wake-up call"

About 20% of the patients died during the study period of all causes. Close to 4% died of a definite or possible overdose and most of those were people whose prescriptions were stopped.

"The most concerning finding was that the group of patients whose opioid prescriptions were discontinued had a higher rate of overdose death than the group who stayed on their opioid medications," Merrill says.

In a retrospective study published in the Journal of General Internal Medicine, Merrill and his co-authors speculate that those findings "could relate to interruption of other medical care, loss of tolerance, and/or destabilization of an underlying opioid use disorder."

The study doesn't make a direct link between discontinuing opioids and someone dying from an overdose. But Merrill sees it as a warning about the risk of cutting off certain patients who have been prescribed opioids regularly for months or years.

"We did not prevent the death rate from going down by our practices," he says.

There remains "a huge gap" in research about how the policy shift away from opioids is affecting patient outcomes, says Tami Mark who's senior director of behavioral health financing and quality measurement at RTI International, a research institute based in North Carolina.

Mark coauthored a study published in The Journal of Substance Abuse Treatment earlier this year which examined what happened to patients in Vermont's Medicaid program when they were tapered off high doses of opioids.

About half of the patients who were discontinued later experienced an opioid-related hospitalization or emergency department visit.

"The typical rate of discontinuation was one day, which essentially means people were not tapered at all – they were just stopped," Mark says.

She says the University of Washington study is more evidence that doctors don't feel well-equipped to help patients who are potentially misusing opioids, "other than by having them discontinue opioids which resulted in as high or higher opioid death rates."

At the Seattle clinic, Dr. Merrill says their findings on the risks of discontinuing certain patients did prompt new protocols.

For example, patients who fit the criteria for opioid use disorder can now easily be switched to buprenorphine, an evidence-based form of medication-assisted treatment that suppresses cravings and stabilizes patients.

In fact, the newly released HHS guidelines tell doctors to consider switching patients who are struggling with a taper to buprenorphine, even if they don't qualify as having a substance use disorder.

In the big picture, Merrill says, the seesaw in opioid prescribing – from liberal dispensation to the current climate of restriction – needs to stop.

"I think neither of those extremes is appropriate," he says.