Accessibility links
An Educational Refuge For Gifted Teens On The Autism Spectrum : Shots - Health News A center at the University of Iowa is making sure that its programs for gifted teens include those with autism spectrum disorders. 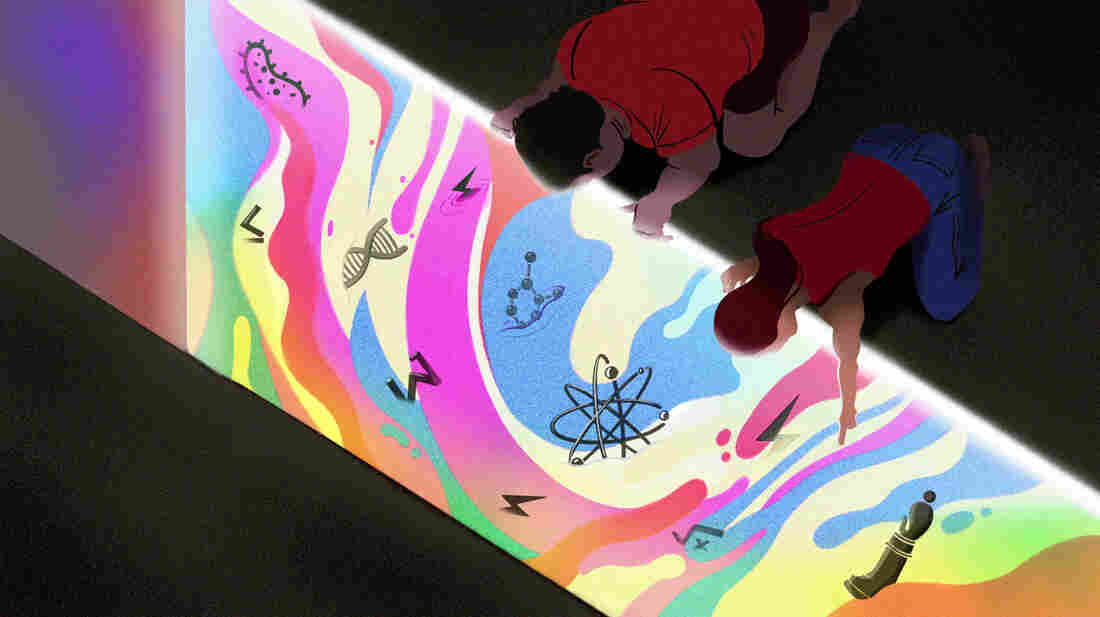 The University of Iowa is working to include teens on the autism spectrum in its programs for gifted students. Jeremy Leung for NPR hide caption 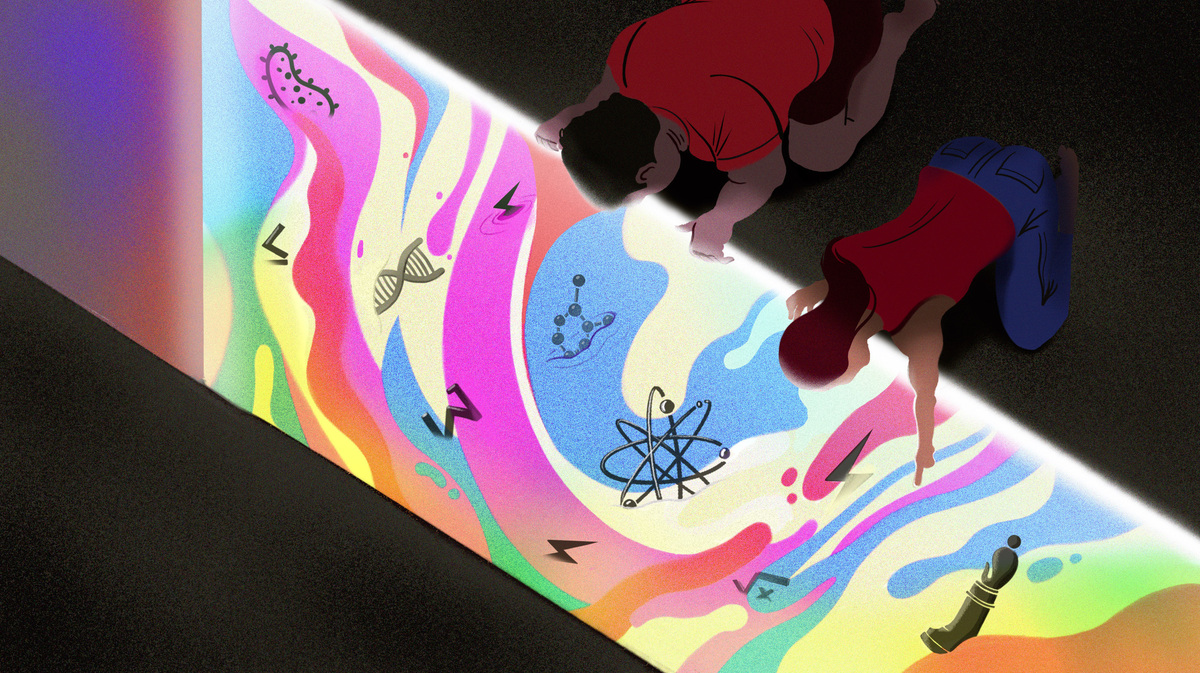 The University of Iowa is working to include teens on the autism spectrum in its programs for gifted students.

Educators refer to teens like Alex as "twice exceptional."

"I have a large degree of skill in almost every subject of learning," says Alex, who is 16. "But I also have autistic spectrum disorder."

For Alex, this dual identity has meant both opportunity and frustration.

He has skipped two grades so far, and began taking college math courses last year, when he was still 15. But when he was younger, Alex's underdeveloped social skills caused him a lot of grief.

"I was constantly getting into fights and normally losing them," he says.

At the end of each school year, Alex didn't know what to do. "I was always that one kid who was unhappy whenever summer vacation came around," he says.

That changed when Alex's parents learned about the the Belin-Blank Center at the University of Iowa's College of Education.

Belin-Blank's mission is to identify and nurture young people who excel at math and science and the arts. And they have made a point of reaching out to, and accommodating, twice-exceptional kids.

The result, Alex says, are programs – many of which take place over the summer — where he has felt both challenged and comfortable.

Kids And Adults With Autism Flying Easier In Pittsburgh, With Airport's Help

"Kids that go to the summer programs here tend to be more interested in sitting down and playing a game of chess or talking about the intricacies of a certain fantasy series," he says.

The term twice exceptional, or "2e," applies to any student who is gifted and has some form of disability. Many, including the teens in this story, have autism. In order to protect their privacy, we're using only their first names.

Clark, who is 13, likes to write stories and computer code when he's not playing Minecraft or Fortnite.

But having autism makes talking to people a bit awkward, he says. It also affects how his mind works.

"My thoughts are kind of like a disorganized bookshelf and maybe like books or thoughts that are scattered around the floor," he says.

But he can focus when he's writing or coding, which is what he did in a Belin-Blank class called robot theater. Clark spent a week writing a play and then programming robots to perform it.

"It was about a young robot who wanted to be a gamer but couldn't because he didn't have any hands," Clark says.

Autism is just one of the challenges Clark has faced in life. He's also a cancer survivor.

But he doesn't mention either of those when I ask him to name a big obstacle he's overcome. Instead, he describes his difficulties programming the robot in his play to "lift its arm and move at the same time."

Clark eventually figured that out. And his time at the university had an unexpected benefit.

"My roommate, who stayed in the same room with me, he kind of became my friend a little," he says.

One reason the Belin-Blank sessions work for kids like Clark and Alex is professionals like Dr. Hanna Stevens, a child psychiatrist and developmental neuroscientist at the University of Iowa's Carver College of Medicine.

During the summer, Stevens mentors 10th and 11th graders selected by Belin-Blank in her lab, which studies the links between early brain development and disorders such as autism.

On the day I visit Stevens' lab, she's helping a 13-year-old student use a microscope to look for brain cell differences associated with autism.

Stevens is gentle but all business. "Now fix your optimization of the histogram," she says. "That'll get you closer."

This student is on the autism spectrum, though many others who've gone through the lab are not. And either way, Stevens say, the teens she works with spend six weeks doing hard-core science.

"They've gathered some of the key pieces of data that we've used in some of our publications," she says. "They've been authors on publications."

As a psychiatrist who sees children on the spectrum, Stevens is acutely aware of the challenges they face.

"I see how disorders like autism spectrum disorder really can influence a person who has so many strengths," she says. "But they also have a disability that keeps them from being able to tap into those strengths."

The programs run by Belin-Blank are designed to keep a disability from being a deal breaker.

Before a session, instructors and other staff get a packet filled with detailed advice on how to handle everything from bullying to personal space, to hygiene. Belin-Blank also offers counselors who can give advice or talk to a particular student.

But twice-exceptional students are never publicly identified, unless they do it themselves.

Even though the Belin-Blank center remains focused on the "international gifted community" as a whole, it has become something of a haven for people with autism spectrum disorder.

One reason for this is the center's director, Susan Assouline. She's a professor of school psychology at the university who has published a series of academic papers on giftedness and autism.

And people with autism who interact with Belin-Blank say Assouline works hard to ensure that they feel included and understood.

One of those people is Martika Theis. She's a double major in creative writing and computer science at the university who also works as a research assistant at the center's assessment and counseling clinic.

Theis was diagnosed with autism in high school, and spent years battling anxiety and depression related to the disorder.

She came to Iowa for its famed creative writing program. But a desire to do research on autism led her to Assouline, who eventually helped her get her research assistant job.

Soon after starting that job, Theis began reading the information packet given to staff and instructors who work with twice-exceptional students.

"I felt as though I was going to cry," she says. "It was just so insightful. All the things that I was sort of unconsciously desiring as a person on the spectrum, written out in front of me and promised to be provided to people like me."

Theis wishes she'd known about the center and its programs when she was in high school. Now, she says, "I just want to help kids like me not have to go through the difficulties that I had."