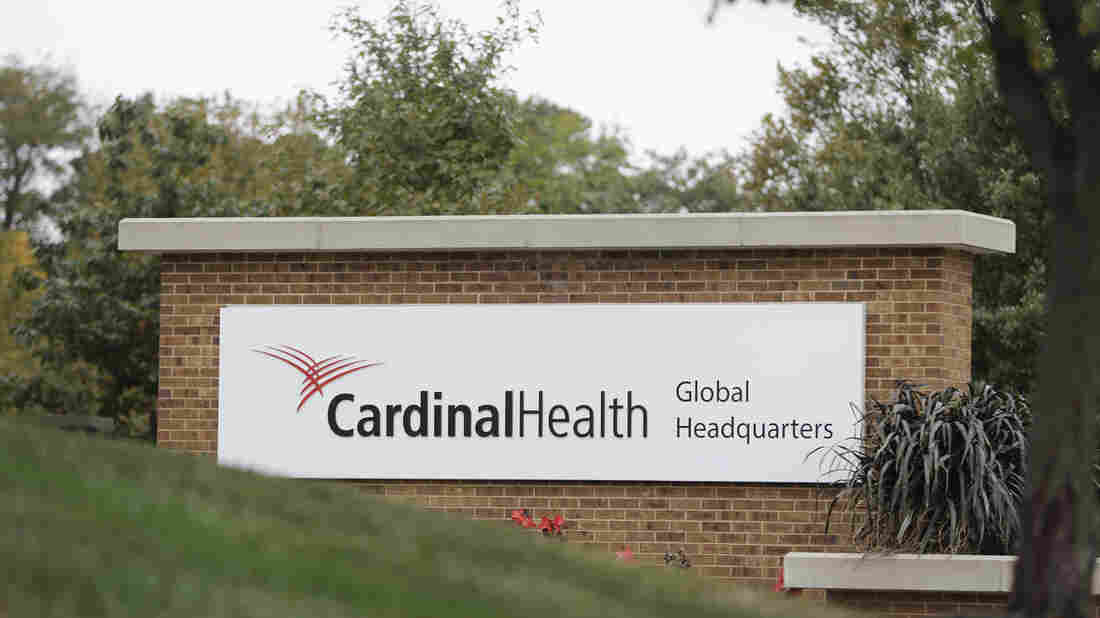 Cardinal Health was one of a handful of corporations to strike a last-minute settlement with two Ohio counties, to avoid the first major trial in the landmark federal litigation effort concerning the opioid health crisis. Darron Cummings/AP hide caption 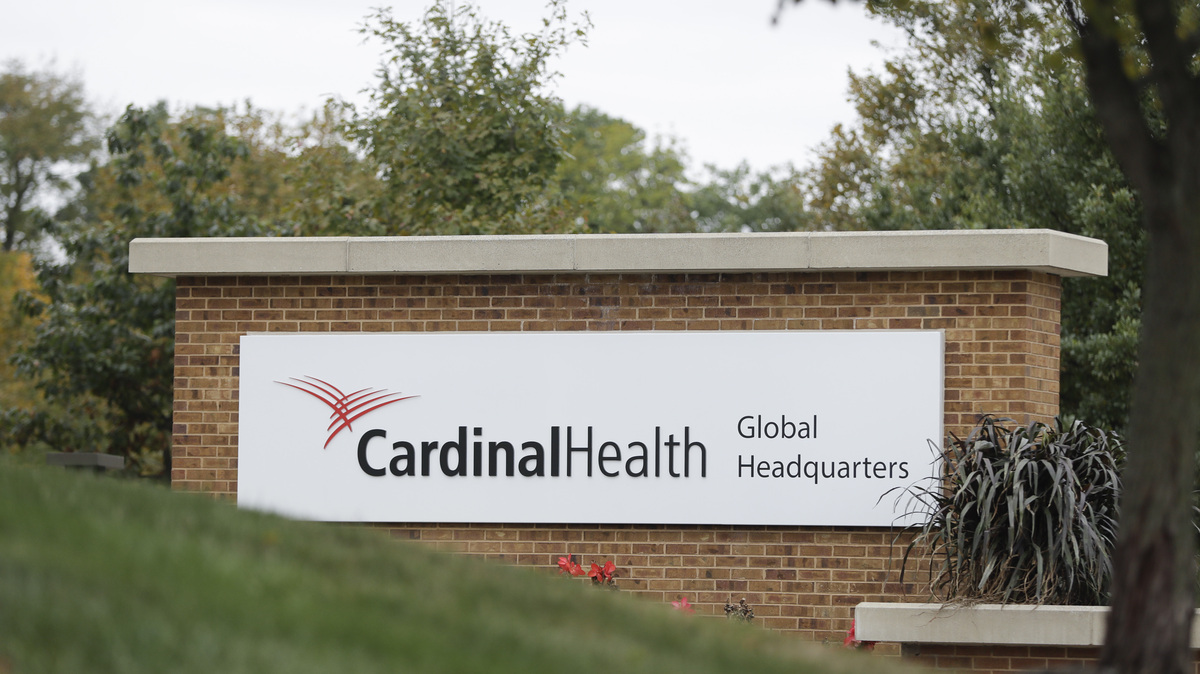 Cardinal Health was one of a handful of corporations to strike a last-minute settlement with two Ohio counties, to avoid the first major trial in the landmark federal litigation effort concerning the opioid health crisis.

Three of the biggest U.S. drug distributors and a drug manufacturer have reached a last-minute deal with two Ohio counties to avoid what would have been the first trial in a landmark federal case on the opioid crisis.

Distributors AmerisourceBergen, Cardinal Health and McKesson pledged to pay $215 million, while manufacturer Teva Pharmaceuticals will pay $20 million in cash and an additional $25 million in addiction and overdose treatment drugs, according to Paul Farrell Jr., a co-lead attorney for the two counties. Under the deal, there is no admission of wrongdoing on the companies' part.

Government officials describe the agreement as a lifesaving deal that will funnel cash to social service programs and first responders on the front lines of the opioid crisis.

"If this was a war, today was supposed to be D-Day, where we engage the enemy and storm the beach," Farrell told NPR on Monday. "So, last night at 11:50 p.m., the defendants retired from the field and decided to settle this particular skirmish rather than fight."

However, the agreement unveiled Monday does not end the broader legal "war" between local governments and the companies they have sued in federal court — it pertains only to Summit and Cuyahoga counties. As the first to go to trial, their lawsuits had been expected to serve as a bellwether for the nearly 3,000 lawsuits that have been folded into one massive federal case known as the National Prescription Opiate Litigation.

Those thousands of lawsuits — filed by city, county and tribal representatives against companies in virtually every link of opioid drug production — remain on track for eventual trials if they do not reach settlements of their own.

"While this morning's trial will not begin as scheduled, the federal opioid MDL continues to move forward, as thousands of American communities still have claims against opioid industry defendants," the Plaintiffs' Executive Committee, the group of attorneys overseeing the consolidated federal case, said in a statement released Monday.

The plaintiffs claim that by aggressively marketing and selling highly addictive medications while downplaying the risk, these drug companies helped fuel an addiction crisis that has led to nearly a quarter-million prescription opioid overdose deaths in the past two decades. Some 130 people in the U.S. are still dying every day because of opioids, according to the Centers for Disease Control and Prevention.

By last weekend, most of the defendants scheduled to go to trial in the bellwether trial in the Northern District of Ohio — including opioid manufacturers Johnson & Johnson and Mallinckrodt, among others — had already reached settlements with the two counties.

Monday's settlement announcement means that only Walgreens remains on the list of original defendants for the Ohio trial. But since Walgreens has been sued for its role as both a distributor and a pharmacy, Farrell expects the company to be bumped to another trial date that includes only the two Ohio counties' lawsuits against pharmacies.

And Farrell expects to proceed with a similarly aggressive stance in the run-up to that trial date and any others that arise from the consolidated federal case.

"We were not going to accept an amount of money that didn't make a difference," he said. "And so we stuck to our guns and demanded that if there was going to be a settlement with Cuyahoga and Summit, it was going to be substantial enough to make a meaningful difference."