Accessibility links
Citing Billions In Charity Care For Addiction, Some Hospitals Sue Drug Makers : Shots - Health News A few hundred hospitals have banded together to sue drugmakers in state courts, but far more are staying on the sidelines to avoid 'unflattering attention' about their role in the opioid crisis.

4:25
Some Hospitals Sue Opioid Makers For Costs Of Treating Uninsured For Addiction 4:25 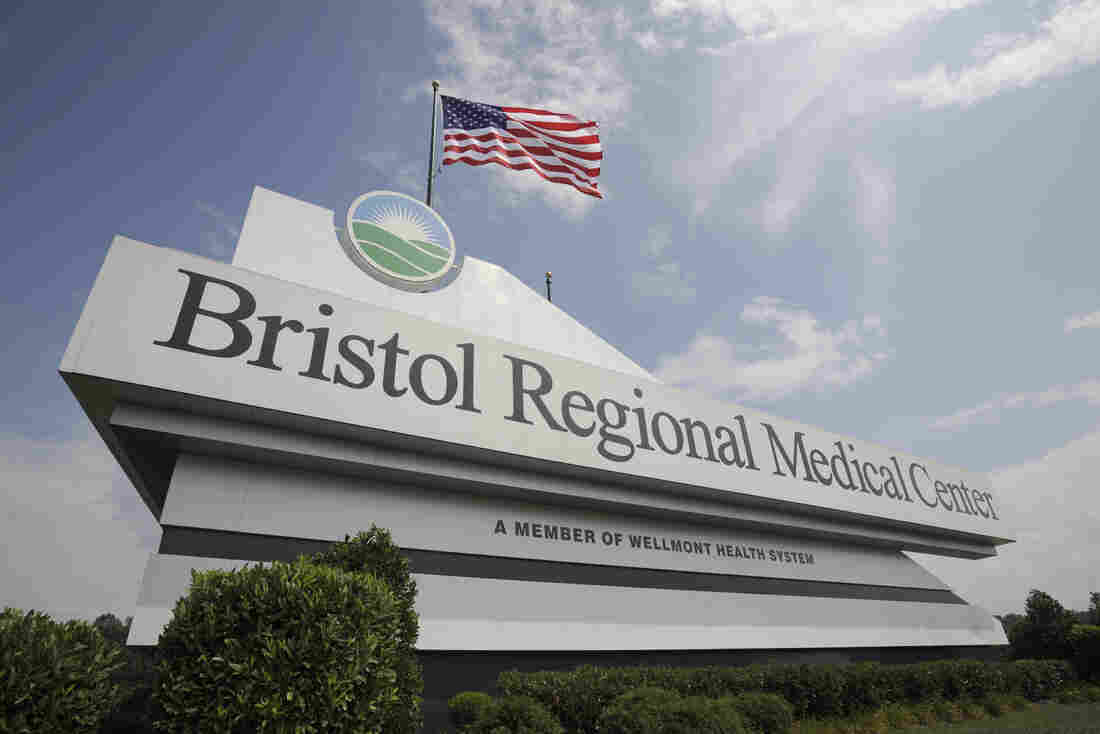 The Bristol Regional Medical Center, now part of Ballad Health, was among hundreds of hospitals that have joined lawsuits against opioid makers. Earl Neikirk hide caption 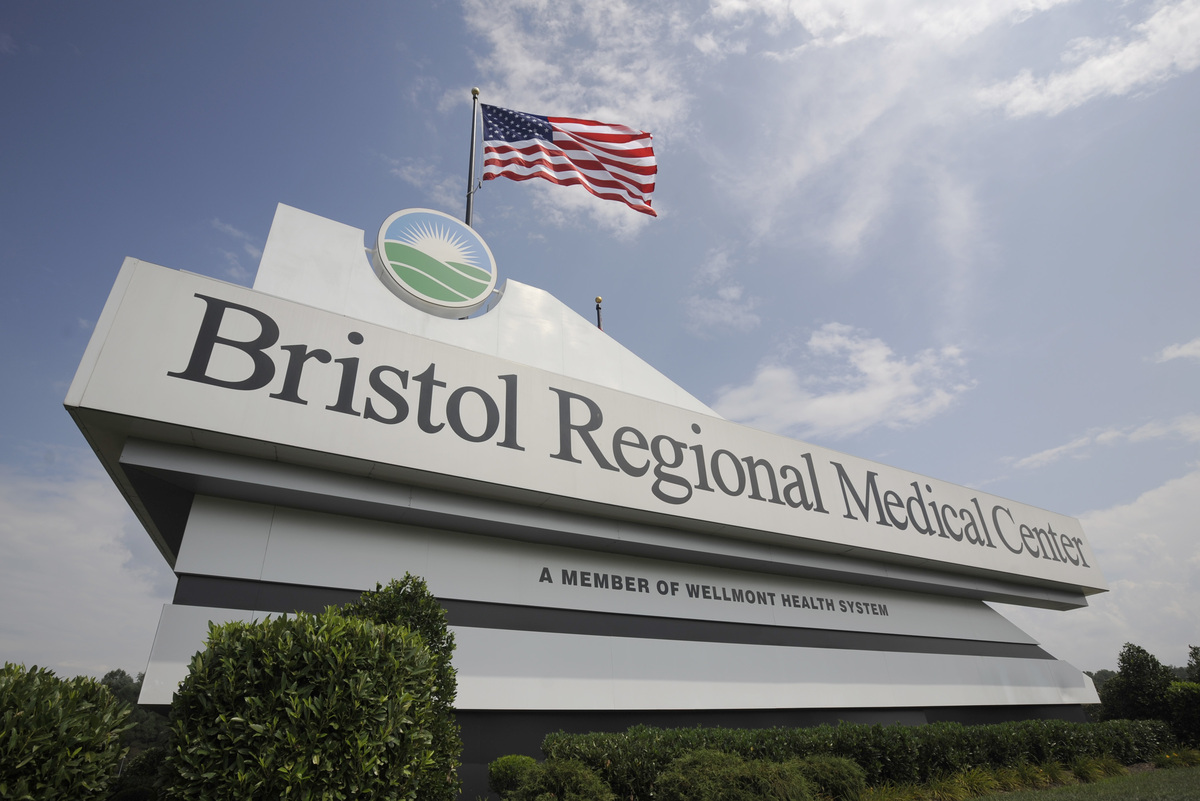 The Bristol Regional Medical Center, now part of Ballad Health, was among hundreds of hospitals that have joined lawsuits against opioid makers.

While thousands of cities and counties have banded together to sue opioid makers and distributors in a federal court, another group of plaintiffs has started to sue on their own: hospitals.

Hundreds of hospitals have joined up in a handful of lawsuits in state courts, seeing the state-based suits as their best hope for winning meaningful settlement money.

"The expense of treating overdose and opioid-addicted patients has skyrocketed, straining the resources of hospitals throughout our state," said Lee Bond, chief executive officer of Singing River Health System in Mississippi in a statement. His hospital is part of a lawsuit in Mississippi.

Hospitals may find there are downsides to getting involved in litigation, says Paul Keckley, an independent health analyst.

"The drug manufacturers are a soft target," he says. But the invasive nature of litigation may generate "some unflattering attention" for hospitals, he adds. They'd likely have to turn over confidential details about how they set their prices, as well as their relationships with drug companies.

So despite representing the front lines of the opioid epidemic, most hospitals have been hesitant to pile on.

Just about every emergency room has handled opioid overdoses, which cost hospitals billions of dollars a year, since so many of the patients have no insurance. But that's just the start. There are also uninsured patients, like Traci Grimes of Nashville, who end up spending weeks being treated for serious infections related to their IV drug use.

"As soon as I got to the hospital, I had to be put on an ice bath," Grimes says of her bout with endocarditis over the summer, when bacteria found its way to her heart. "I thought I was going to die, literally. And they said I wasn't very far away from death." 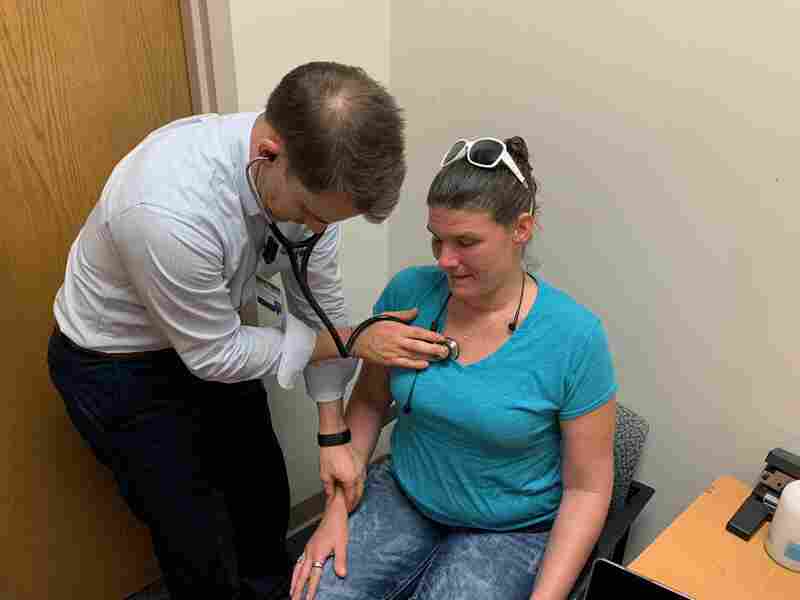 Dr. Billy Sullivan at Vanderbilt University Medical Center listens to the weakened heart of Traci Grimes, 37, who is now in recovery but has been battling endocarditis and other infections related to her drug use. Blake Farmer hide caption 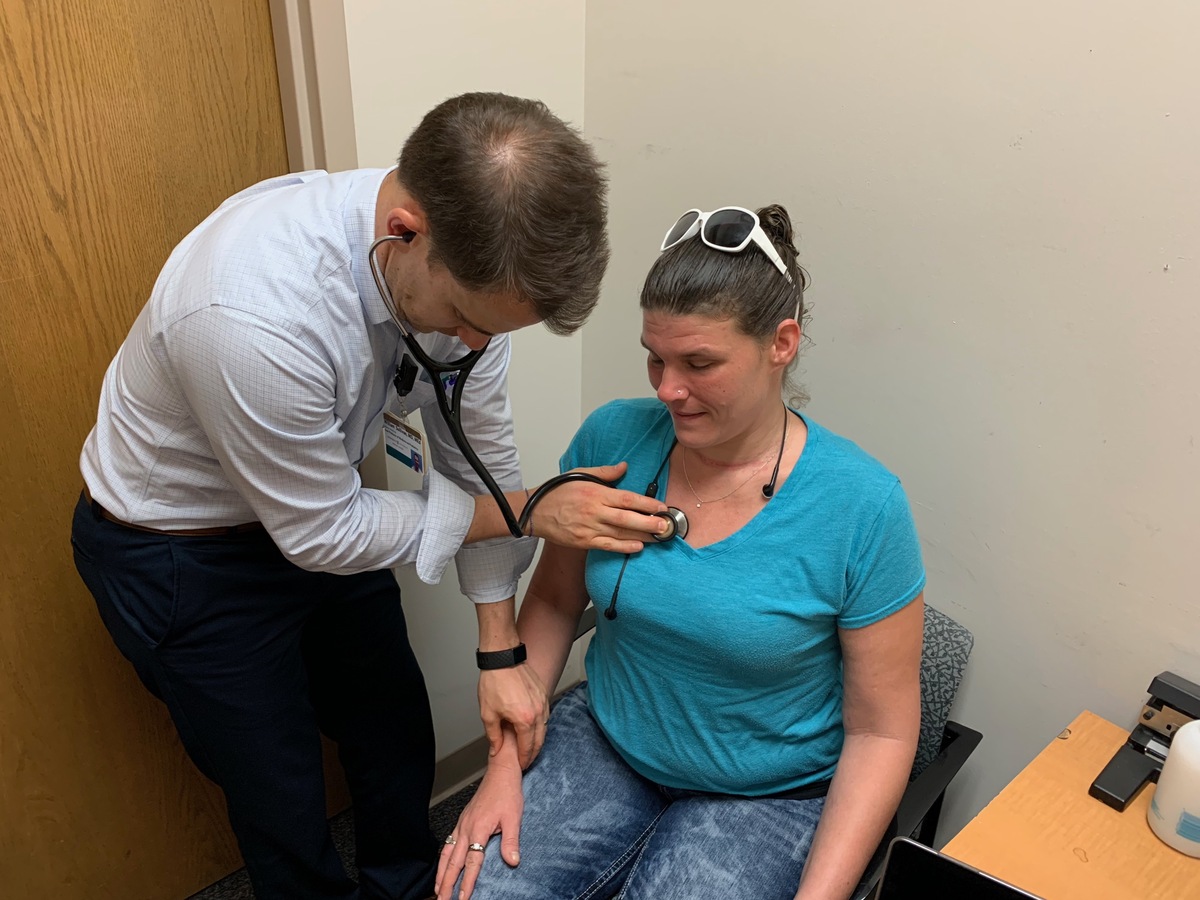 Dr. Billy Sullivan at Vanderbilt University Medical Center listens to the weakened heart of Traci Grimes, 37, who is now in recovery but has been battling endocarditis and other infections related to her drug use.

Grimes is in recovery from her opioid addiction but still getting her energy back after spending a month being treated through a special intravenous line to her heart at Vanderbilt University Medical Center. Most patients could be sent home with a PICC line, but not someone with a history of illicit IV drug use who could misuse it to inject other substances. Vanderbilt and other academic medical centers have recognized this problem and established special clinics to manage these complex patients.

Grimes, 37, says she's grateful for the care she received, which also included multiple procedures and treatment for pneumonia, hepatitis A and hepatitis C. But like most patients in her situation, she's uninsured and strapped for cash.

Hospitals estimate treating complicated patients like Grimes costs an average of $107,000 per person, according to court documents. The total costs to U.S. hospitals in one year, 2012, exceeded $15 billion, according to a report cited in the suits. And most patients either couldn't pay or were covered by government insurance programs.

The expense is a leading reason cited by the hospitals who've banded together in a handful of lawsuits in Tennessee, Texas, Arizona, Florida, Kentucky, Mississippi and West Virginia. These suits are all separate from the big consolidated federal case in Ohio that includes cities and counties around the country. But the most prominent hospitals in those states, like Vanderbilt, have opted not to join the litigation.

West Virginia University President Gordon Gee, who oversees the state's largest hospital system, has been urging others to join the suits. He and former Ohio Governor John Kasich established an organization meant to highlight the harm done to hospitals by the opioid crisis.

"I think the more hospitals we have that want to be involved in this in some way, the better off we are," he says. "You know, there's always safety in mass."

By "safety," Gee acknowledges a central concern for hospitals weighing the risk versus reward of going to court. They may have the tables turned on them by the pharmaceutical companies, since until recently, patients in the hospital were often prescribed large quantities of opioids, contributing to the epidemic.

"I suspect there are some hospitals ... who are afraid that if they get into it, those who on the defense side will point out, well, maybe hospitals were really the problem," he says.

The lead defendant in the suits, Purdue Pharma, did not respond to requests for comment.

Gee says hospitals can claim they were victims of dubious opioid marketing.

Still many high-profile hospitals are sitting out the lawsuits, even though they're typically the ones that treat the most complicated and expensive patients.

Paul Keckley says if hospitals join the litigation, they may be forced to cough up actual totals for their opioid-related financial damages. That could force hospitals to reveal how much more they charge for some services, compared to the actual costs of providing the care.

"Hospitals basically have charged based on their own calculations and the underlying cost of delivering that care has been virtually non-transparent," Keckley says. "Then you open a whole new can of worms."

Keckley says especially big academic medical centers have relationships with drugmakers that they may not want publicly highlighted.

Still, hospitals might benefit without having to put their names on lawsuits and exposing themselves to risk. In Oklahoma, the state won an early opioid lawsuit in August. The payout does not direct money to hospitals, per se. However, Patti Davis, president of the Oklahoma Hospital Association, says they're happy to see some of the money was earmarked for treatment.

"When we see treatment, we get very excited because it's our hospitals providing a lot of the treatment," she says.

Two decades ago, when the target of litigation was Big Tobacco, Barrett was working for states. He says hospitals didn't join in, to his surprise. And when the states won those suits and started getting paid damages, hospitals missed out. Only about a third of the money was even spent on health or tobacco control, according to one watchdog's estimate.

Some states did set up trust funds that might help patients in the hospital stop smoking. But many are using the money to fill potholes, pay teachers and otherwise close gaps in state budgets.

Though not detailed in the lawsuits, many of the participating hospitals are in varying levels of financial distress, and not always primarily because of the opioid epidemic. Facilities owned by Community Health Systems make up a large share of the hospitals suing in Alabama, Florida, Mississippi, Tennessee and Texas. The investor-owned hospital chain, based in Franklin, Tenn., has been struggling mostly because of an outsized debt load taken on during a rapid period of expansion.

But Barrett says he expects more hospitals to join the cause rather than relying on states to determine how settlement money is spent.

This story is part of NPR's reporting partnership with Nashville Public Radio and Kaiser Health News.