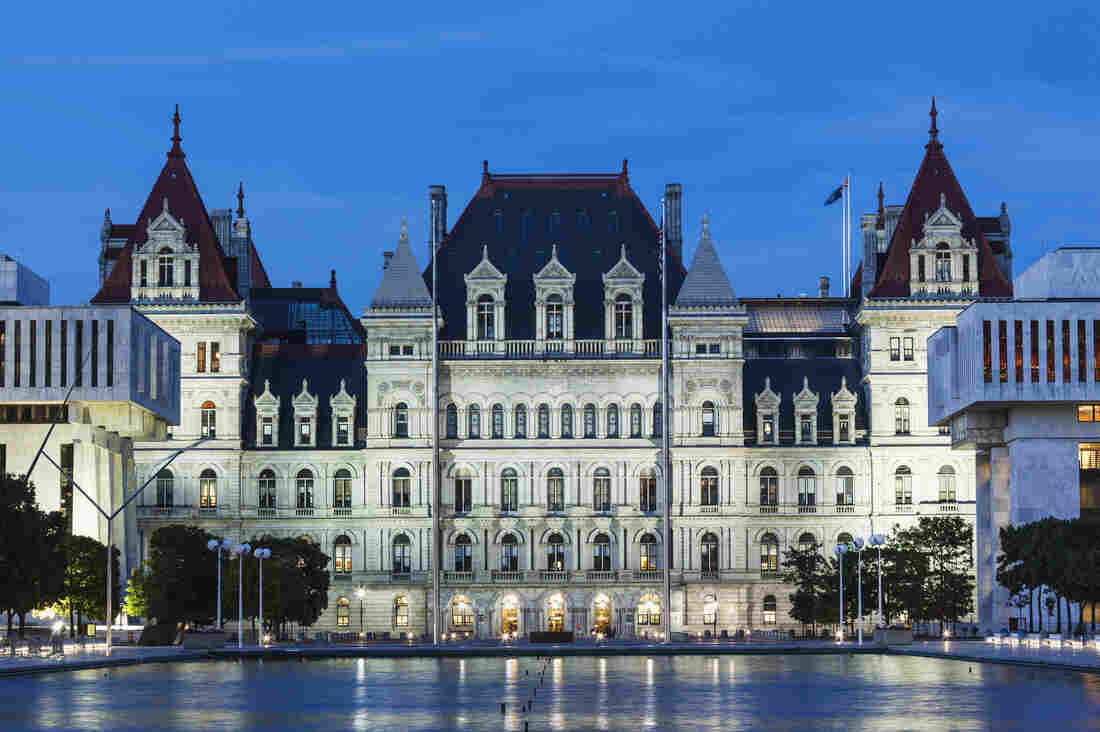 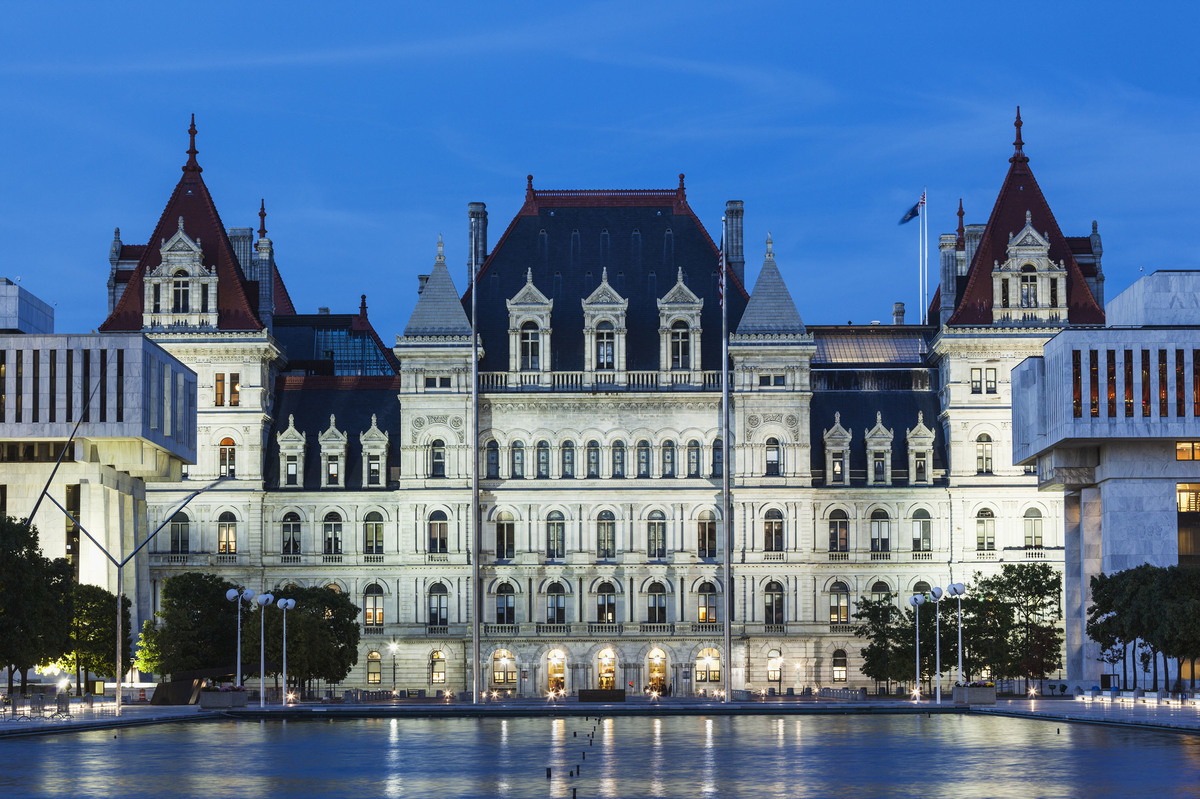 In 2015, the New York legislature in Albany passed a law to end the practice of surprise medical billing. Research suggests overall health care costs have risen as a result.

Lobbying campaigns and legislative battles have been underway for months as Congress tries to solve the problem of surprise billing, when patients face often exorbitant costs after they unknowingly receive care from an out-of-network doctor or hospital.

As Congress considers various plans and negotiates behind the scenes, data is trickling in from states that have been test-driving proposed solutions.

New York was among the first to tackle the issue. In 2015, it passed a surprise billing law that uses "baseball-style" arbitration as a way to settle payment disputes between insurance companies and doctors. Under this approach, which is used in Major League Baseball to negotiate salaries (hence the name), each party submits a proposed dollar amount to the arbiter, who then chooses one as the final monetary award.

According to an analysis of newly released data from New York's Department of Financial Services, the New York model is making health care substantially more expensive in the state. In fact, arbiters are typically deciding on dollar amounts above the 80th percentile of typical costs.

"This is an extremely high and extremely inflationary rule of thumb," says Loren Adler, author of the analysis and associate director of the USC-Brookings Schaeffer Initiative for Health Policy.

Arbitration — or, as New York calls it, "independent dispute resolution" — works like this: A patient gets into an accident and goes to a hospital in her insurance network. While there, she sees a physician — perhaps an emergency room doctor or anesthesiologist — who isn't covered by her insurance company.

The insurance company pays a small part of the bill, and the doctor sends the patient a bill for the rest (often called a balance bill). Under New York's law, the patient is held harmless, meaning she only has to pay as much of her deductible, copay or coinsurance as she would if the doctor were in-network. If the insurance company and the physician can't agree on how much of the rest of the bill to pay, they can take the issue to arbitration.

They each bring their "fair-price" final bid to the arbiter, who then decides between the two. There are three arbiters that have been certified by New York so far; they are all "reviewers with training and experience in health care billing." The problem, according to Adler, comes in the guidance the New York law gives arbiters. It says they should consider the 80th percentile of "billed charges," i.e. the prices set by the hospital or doctor.

So, bill charges are already much higher than what Medicare pays, and on top of that, arbiters are told to focus on the 80th percentile of those rates, an amount higher than what 80% of doctors charge for that procedure.

It wasn't clear at first how strictly arbiters would follow this guidance, but the data suggest they're using it most of the time. On average, arbitration decisions have been 8% higher than that 80th percentile mark.

"People think there's something magical about arbitration, that these brilliant geniuses sit down and look at all the facts to make a decision," Adler says. "They're normal people who don't have much more expertise than insurers or providers, and this strongly suggests they're just coming up with a rule of thumb."

According to the analysis, the number of bills undergoing arbitration went from 115 in 2015 to 1,014 in 2018. Many advocates of arbitration predict the number of claims will drop over time as insurers and providers work out claims themselves. Based on these numbers, though, this hasn't happened yet.

Insurance plans and doctors "won" about the same number of cases, and in 2018 more cases seemed to go in the providers' favor. Yet, Adler points out, consumers appeared to lose either way.

That's because even when the insurance plan won, it was on average only 11% less than the 80th percentile, which Adler says is still about three times as much as a patient would pay if the doctor were in-network. Those extra costs, he says, get passed on in the form of higher premiums.

One of the bills in Congress seeking to address surprise billing also relies on arbitration as the solution. But the bill's authors, Sen. Bill Cassidy, R-La., and Sen. Maggie Hassan, D-N.H., were both quick to draw the distinction between their arbitration bill and New York's model at an event about surprise billing at the Bipartisan Policy Center on Oct. 30.

"The New York system uses as its payment standard [bill] charges, which we think is wrong and misguided," Hassan said. "Which is why our bill doesn't."

Hassan and Cassidy's bill, called the STOP Surprise Medical Bills Act of 2019, avoids tying payment rates to the "bill charges" with which Adler and other experts take issue.

Instead, arbiters are supposed to consider "commercially reasonable rates" based on what other in-network doctors charge in that geographic area, as well as factors such as the level of training the provider had and the complexity of the dispute.

Adler calls Cassidy and Hassan's bill "leagues better" than the New York approach, but he's still skeptical of how vague the guidance is.

Cassidy dismissed many of the criticisms in the Brookings' analysis, including the increase in cases going to arbitration because, he says, it represents such a small portion of the overall claims in New York.

He says they were still learning a lot from New York's experience.

"I think it's been incredibly useful," Cassidy says.

As for the main Senate bill, backed by Health, Education, Labor and Pensions Committee Chairman Lamar Alexander, R-Tenn., it would use a different method to settle payment disputes. Under this approach, known as benchmarking, out-of-network providers must accept a set payment for their services, which would be based on a median of what other providers in the area charge.

Alexander's bill, which gained committee approval (20-3) in June, is still awaiting consideration by the full Senate.

It will have to navigate the pro-arbitration factions in the House.