Accessibility links
CRISPR To Fight Cancer Looks 'Promising' In 1st Safety Test : Shots - Health News Attempts to use the gene-editing tool CRISPR to develop a treatment for cancer seem safe and feasible in the earliest findings from the first three patients. "So far, so good," scientists say. 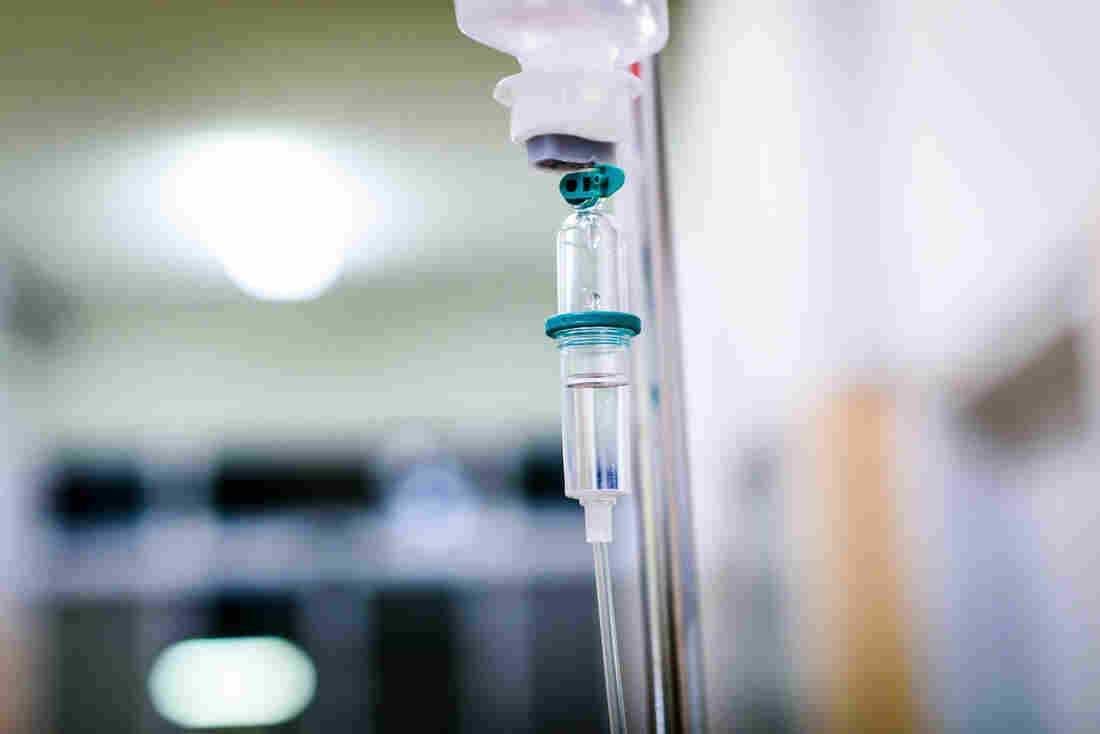 The preliminary results described Wednesday come from two patients with multiple myeloma and one with sarcoma. This was just a first safety test, the scientists say, and was not designed to measure whether such a treatment would work. Jure Gasparic/EyeEm/Getty Images hide caption 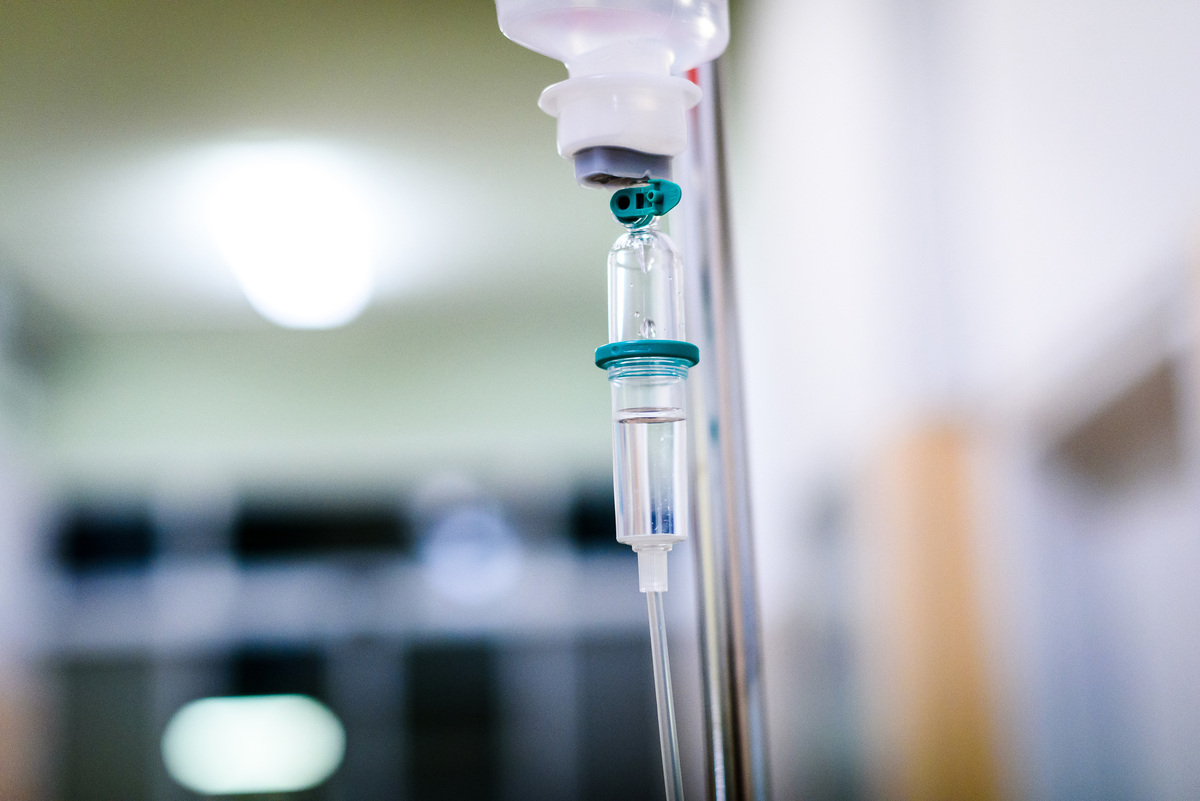 The preliminary results described Wednesday come from two patients with multiple myeloma and one with sarcoma. This was just a first safety test, the scientists say, and was not designed to measure whether such a treatment would work.

The powerful gene-editing technique known as CRISPR has raised a lot of hope in recent years for its potential to offer new ways to treat many diseases, including cancer. But until now, scientists have released very little information about results of tests in patients.

The highly anticipated results, while quite preliminary, seem to be encouraging, scientists say.

"This is a very important first step," says Dr. Edward Stadtmauer, a professor in oncology at the University of Pennsylvania and the study's principal investigator. "We hope this is the beginning of the next generation of engineering cells to help many different diseases and many different tumors."

Stadtmauer stresses that the trial was not designed to determine whether the approach actually works — only whether it is safe and feasible.

"This treatment is not ready for prime time," he says. "But it is definitely very promising."

"I'm just so excited about this," says Jennifer Doudna of the University of California, Berkeley, who contributed to the discovery and development of CRISPR techniques.

"It's an important step on the path toward using CRISPR-Cas genome editing in patients and shows the potential of this technology to be a safe and effective therapy," Doudna says.

Dr. Michel Sadelain, who is doing related research at Memorial Sloan Kettering Cancer Center in New York, says he's glad to see the editing of genes move into the clinic this way, though he stresses that patients will have to be followed much longer to gain confidence that the approach is truly safe.

"I don't think there's much to conclude yet," Sadelain says. "We'll want more patients and a longer follow-up to really make a call that the use of CRISPR is safe. But the data are certainly encouraging. So far, so good — but still early."

Scientists in China have been trying to use CRISPR to treat cancer patients for years but have released very little information about their work. Another U.S. study involving CRISPR for cancer recently started recruiting patients.

The studies are all part of the first wave of research moving CRISPR out of the lab and into patients. Doctors have just begun testing CRISPR for the blood disorders sickle cell disease and beta thalassemia. And scientists plan to soon try using CRISPR to edit cells inside the human body as a way of treating a genetic form of blindness.

The cancer study, which will be presented next month at a meeting of the American Society of Hematology in Orlando, Fla., involved just three patients — two with multiple myeloma and one with sarcoma.

The patients received infusions of about 100 million of their own immune system cells that had been removed from their bodies and were genetically modified in a lab.

Stadtmauer says the approach aims to combine CRISPR, a technique that enables scientists to make very precise changes in DNA much more easily than ever before, with another of the most exciting advances in medical research in recent years — harnessing the immune system to fight cancer.

"The last decade has really been a revolution in the immunotherapy for cancer," Stadtmauer says. "We've really learned how to harness the immune system to treat cancer — to create these miraculous cells that are infused into patients as living drugs to treat cancer."

While that approach has produced new treatments for some leukemia and lymphoma patients, those genetically engineered living drugs either don't work for many cancer patients or eventually stop working.

That prompted the scientists to turn to CRISPR.

"We want to see if we can even further improve these results by giving these cells sort of superpowers to proliferate even better, to stay in the patients better as living drugs and to potentially attack even more directly the tumor," Stadtmauer says.

The scientists used CRISPR to knock out three genes in the cells to enable the cells to attack cancer cells more aggressively. They also used a more traditional form of genetic manipulation to insert into the cells a gene that would more specifically target the patients' cancer cells.

The patients were treated in January, April and August, with the first patient being followed for at least six months. The cells appear to be doing what scientists hoped they would do without producing any significant adverse effects, the researchers say.

The next step, they say, is to treat additional patients as part of a trial that will eventually involve 18 participants who have sarcoma, melanoma or myeloma.

Bioethicist Laurie Zoloth of the University of Chicago applauded the research team for its cautious approach.

"Doing it slowly, doing it with a small group of patients — and making no grandiose claims — is exactly what you'd like to see in a trial like this," says Zoloth, who helped review the study for the National Institutes of Health.

Zoloth notes that the University of Pennsylvania was the site of a different medical experiment that ended in tragedy in 1999, when a teenage volunteer, Jesse Gelsinger, died from complications of the procedure he'd undergone. That set back the field of gene therapy for years.

"It is my assumption that the University of Pennsylvania goes very carefully and slowly given that background," Zoloth says.