Accessibility links
Mass Shootings And Lack Of Health Care Access Lead To High Stress In Latinos : Shots - Health News A national survey by psychologists shows a significant rise in U.S. stress in 2019. Mass shootings, the election campaign and concerns about health care costs and access top the list of stressors. 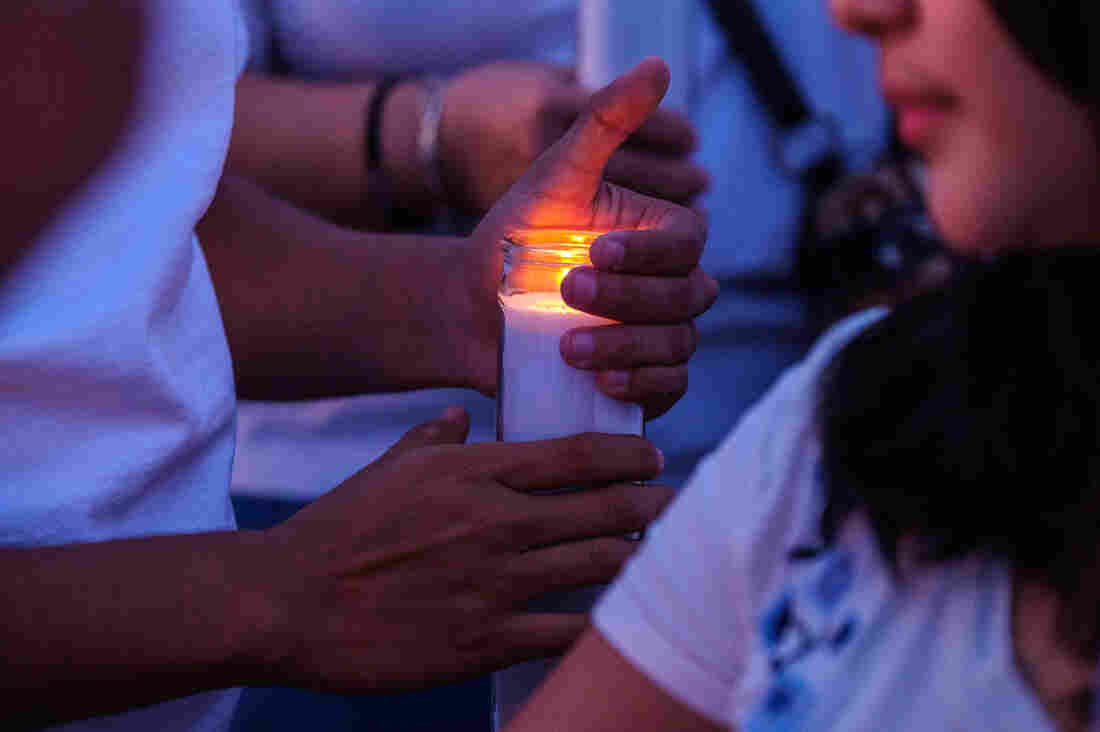 Mourners hold candles as they gather for a vigil at a memorial outside Cielo Vista Walmart in El Paso, Texas, U.S., on Wednesday, Aug. 7, 2019. Luke E. Montavon/Bloomberg/Getty Images hide caption 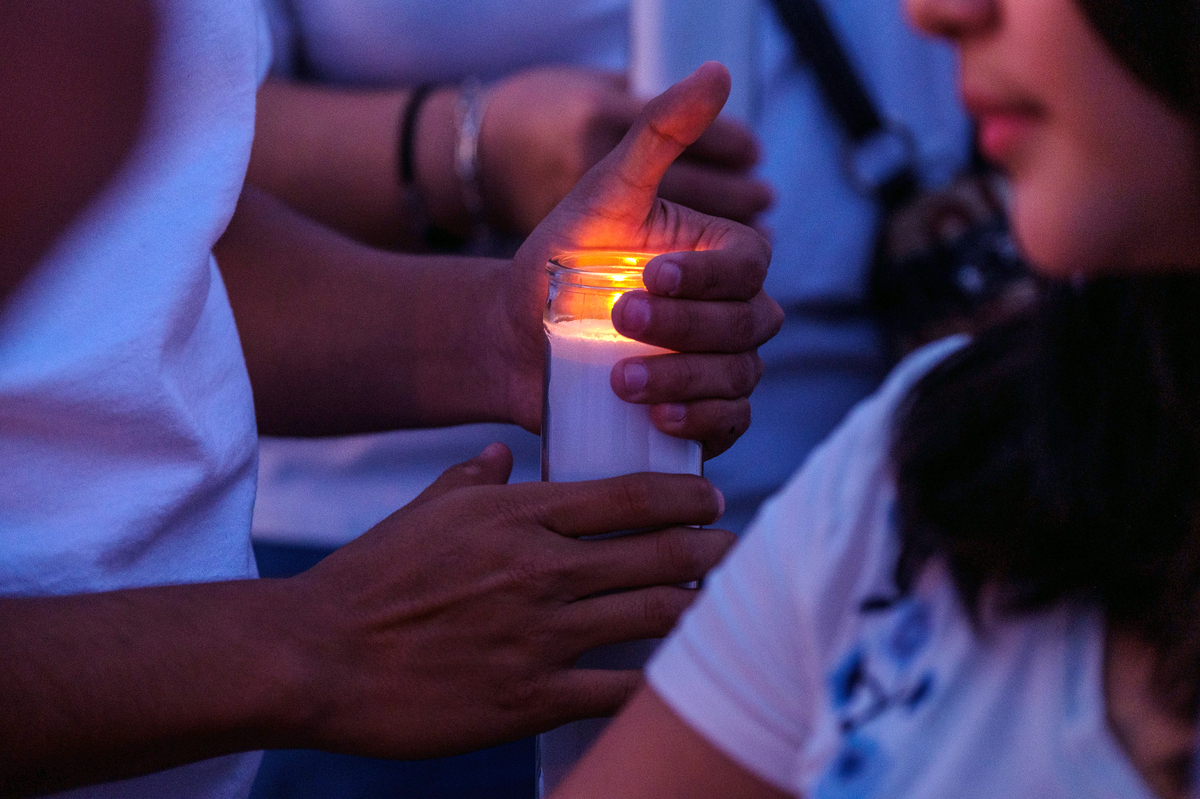 Mourners hold candles as they gather for a vigil at a memorial outside Cielo Vista Walmart in El Paso, Texas, U.S., on Wednesday, Aug. 7, 2019.

Mass shootings, health care concerns and the upcoming 2020 presidential election top the list of Americans' worries these days. That's according to a new survey out this week from the American Psychological Association.

Overall, 71% said mass shootings were a significant source of stress in their lives, up from 62% last year. Hispanic adults were most likely to report stress over mass shootings (84%).

That's not surprising, says psychologist Jamie Diaz-Granados, deputy CEO of the APA. In part, the finding of higher stress could have to do with the timing of the survey, which was done in August around the same time as mass shootings in El Paso, Texas and Dayton, Ohio.

"In both of those shootings, people of color were targeted," he says. "People are feeling very threatened, singled out and described in terms that are dehumanizing."

It's been known for quite some time that one of the greatest sources of stress is uncertainty. And, clearly, he says, mass shootings "contribute to a high degree of uncertainty."

Diaz-Granados says people are uncertain what will happen to them in everyday situations — when they go to work, when their children go to school or when they walk into a theater, or synagogue or shopping mall — all places where mass shootings have occurred.

"This is really an elevation of feelings of uncertainty, which is clearly one of the greatest stressors we know of," he says.

Overall, the survey also identified health care as a significant source of stress, with 7 in 10 adults reporting stress over the cost of care.

Here, Latinos also had high levels of stress — with 65% worrying they will not be able to access the health care services they may need.

"I suspect Hispanics in the U.S. are feeling a heightened sense of anxiety because of the toxic level of rhetoric that seems to be against them," says Dr. Albert Wu, an internist and professor of health policy and management at the Johns Hopkins Bloomberg School of Public Health. "Toxic words can present an insurmountable barrier to some and prevent them from seeking the care they actually need."

And just because people have legal access to care doesn't mean they will go and get it, says Wu.

The survey also found that 56% of adults overall view the current election campaign as a significant source of stress, an increase over results an earlier survey found prior to the 2016 election (52%).

In addition to election stress, the survey found that people of color were more likely to say they feel stressed about immigration and discrimination. A majority (63%) said discrimination has hindered them from having a full and productive life, with a similar proportion of LGBTQ adults (64%) expressing that sentiment.

This year's results represent a significant increase in stress from 2015, researchers say, when less than half (49%) of people of color said that discrimination prevented them from having a full and productive life. That's the most recent time this set of questions was used in the survey.

"While these are important societal issues that need to be addressed, the results also reinforce the need to have more open conversations about the impact of stress and stress management, especially with groups that are experiencing high levels of stress," writes Arthur C. Evans, Jr., chief executive officer of the APA.

The impact of stress goes well beyond mental health. Repeated and chronic stress, says Diaz-Granados, has serious physical implications and can increase blood pressure which "has deleterious effects on your cardiovascular system, on arteries, blockages" as well as digestion. The effects of "cortisol coursing through your body can also be toxic to neurons in the brain," and affect the part of the brain involved in decision making.

And, particularly as the holidays approach, Diaz-Granados notes that the organization of psychologists has resources to help all families and communities of friends deal with the sorts of difficult conversations that often come up over the Thanksgiving table and during other holidays.