Accessibility links
Protein Waves In Blood Linked To Aging Process : Shots - Health News They've identified hundreds of proteins in human blood that wax and wane in surprising ways as we age. The findings could provide important clues about which substances in the blood can slow aging. 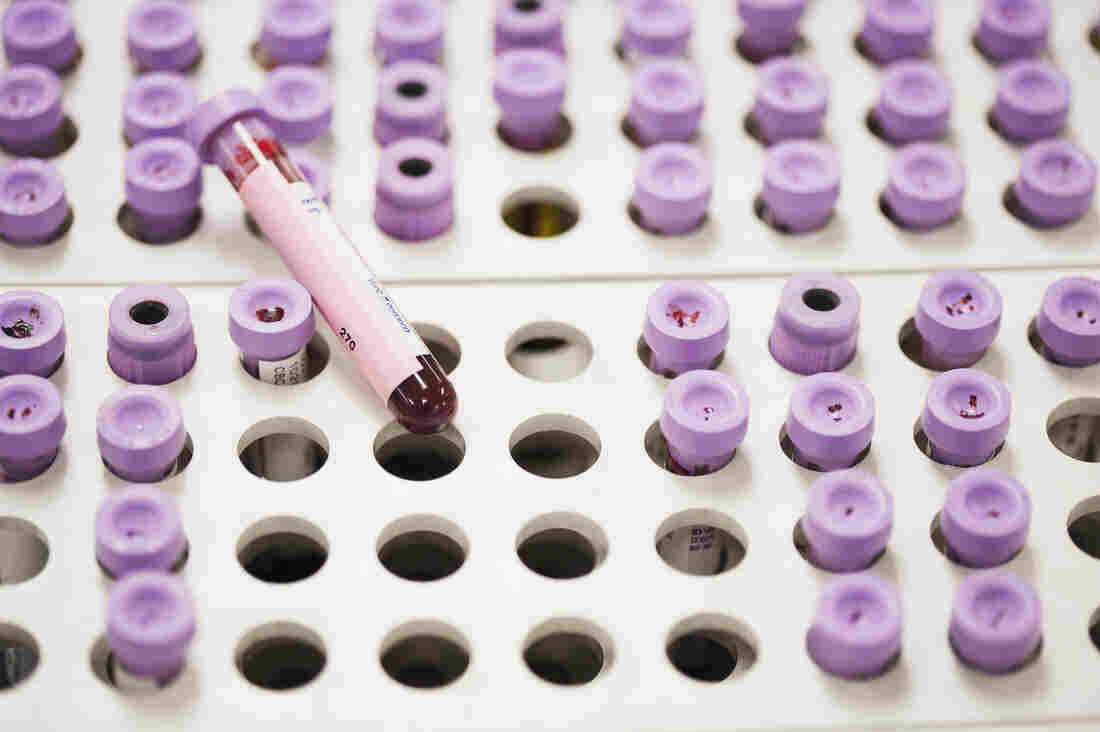 Researchers have identified waves of proteins in blood that peak at three distinct stages of life. What do the findings mean for aging? ER Productions Limited/Getty Images hide caption 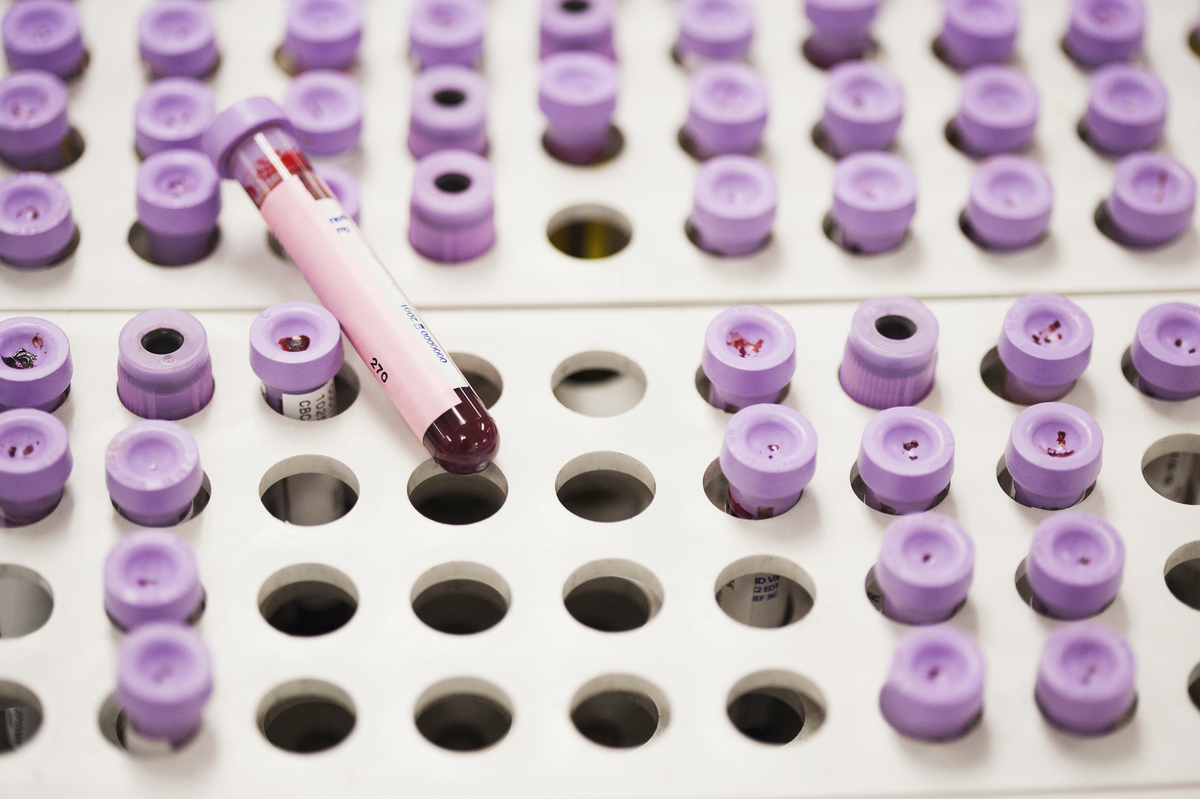 Researchers have identified waves of proteins in blood that peak at three distinct stages of life. What do the findings mean for aging?

Scientists know that if they transfuse blood from a young mouse to an old one, then they can stave off or even reverse some signs of aging. But they don't know what in the blood is responsible for this remarkable effect.

Researchers now report that they've identified hundreds of proteins in human blood that wax and wane in surprising ways as we age. The findings could provide important clues about which substances in the blood can slow aging.

The scientists studied nearly 3,000 proteins in blood plasma that was drawn from more than 4,000 people with a span of ages from 18 to 95. The project focused on proteins that change in both men and women.

"When we went into this, we assumed you aged gradually, so we would see these changes taking place relatively steadily as individuals get older," said Tony Wyss-Coray, a professor of neurology at Stanford University.

Instead, Wyss-Coray and his colleagues report in Nature Medicine on Thursday that these proteins change in three distinct waves, the first of which happens "very surprisingly" during our 30s, peaking around age 34.

"Then we found a second wave around 60, and then we found a third one, the most prominent one, really around 80 years of age," Wyss-Coray said. (An earlier version of their paper is freely available on the bioRxiv preprint server.)

This observation raises a host of questions about the biology of aging. What age-related transition is occurring in our 30s? And what do the changes in the blood actually mean?

"Most of the proteins in the blood are actually from other tissue sources," he said. "So we can start to ask where ... these proteins come from and if they change with age," he said. For example, in proteins traced back to the liver, "that would tell us that the liver is aging."

Eventually, Wyss-Coray said, he would like to compare a patient's blood protein pattern with the pattern that's normally seen, to produce a personalized aging clock "where I can tell you, based on the composition of your blood, your kidney seems to be aging faster than it should."

Thinking back to those age-reversing experiments in mice, it might also be possible to isolate proteins in the blood that contribute to that effect.

Transfusing blood plasma carries some risks — in fact, this year the Food and Drug Administration slapped down companies for trying to sell plasma from young people as an anti-aging elixir. It would be better to isolate components in the blood that are responsible for beneficial effects.

Research groups are already studying proteins one by one to find those that might actually influence health. For example, Irina Conboy's lab at the University of California, Berkeley has been studying a protein called TGF-beta, which contributes to aging. Her mouse experiments suggest that aging effects can be slowed when this protein is blocked.

Wyss-Coray founded a company, Alkahest, that's running research in people with mild to moderate Alzheimer's disease, based on the concept of infusing blood plasma to stave off disease.

With this flood of new data about blood proteins, it's a daunting task to figure out whether each one causes aging, slows it down or is merely a result of the aging process. Sorting out that question about causality is important. After all, graying hair is a biomarker of aging, but hair dye won't reverse the underlying biology.

This research "is really the first step in categorizing and cataloging the age-related biomarkers," says Toshiko Tanaka, a research scientist at the National Institute on Aging. She was the lead author on a study last year that used similar techniques and also identified many proteins related to aging. She did not look for the surprising age-related wave pattern that Wyss-Coray is now describing.

"One of the great things about these advancements in technology is it's becoming a lot cheaper to measure a lot of these molecules," she says, "so bigger studies and more studies can assess the same proteins."

That means discoveries in one lab can be validated elsewhere. But it's also the case that there is a vast sea of blood proteins and other constituents yet to explore, any of which may be involved in health and disease.

"For a long time we have focused, in the field of healthy aging, on genetics," says Paola Sebastiani, a biostatistics professor at Boston University who has also researched the link between aging and proteins in the blood.

But your genes are set from birth, and they can't be modified to improve your health. What's intriguing about blood proteins and similar molecules is that you can block them or find other ways to modify them with drugs, at least in theory, "until eventually you're going to help people age healthily," she says.

Tanaka isn't expecting quick answers from this line of research, but "I hope by the time my kids are old, this is something that can help improve their health's trajectory."