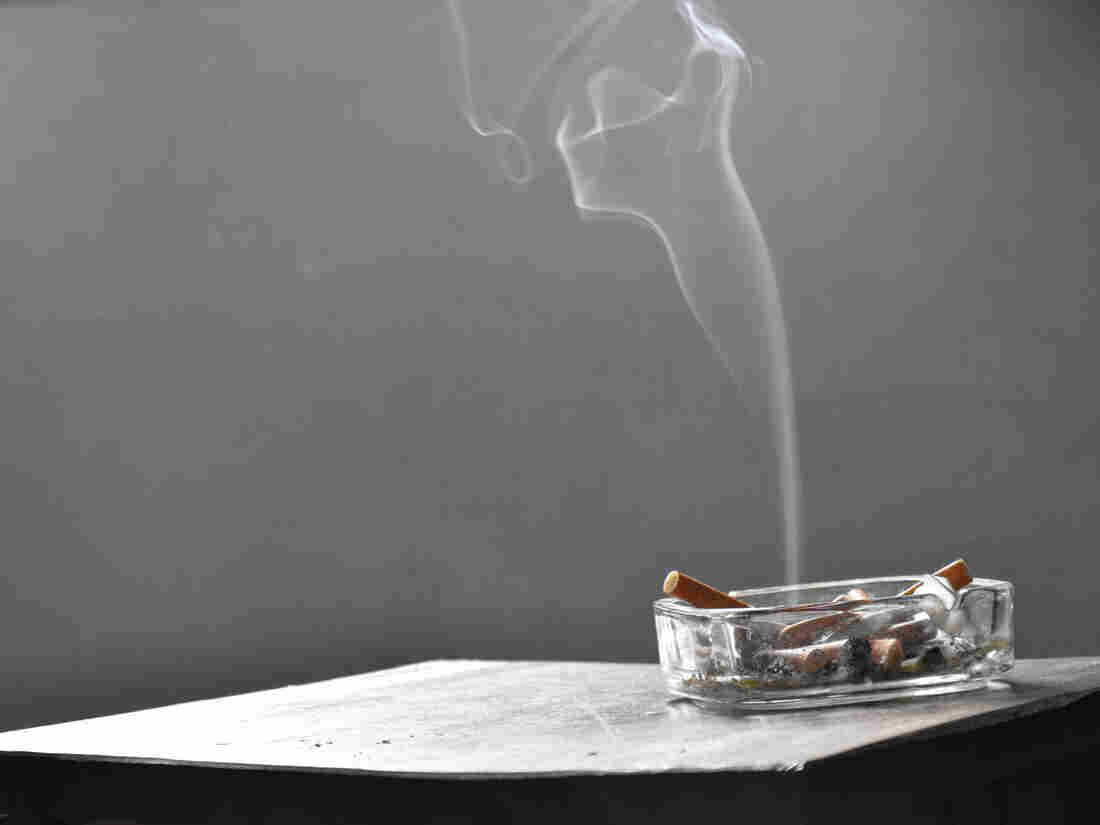 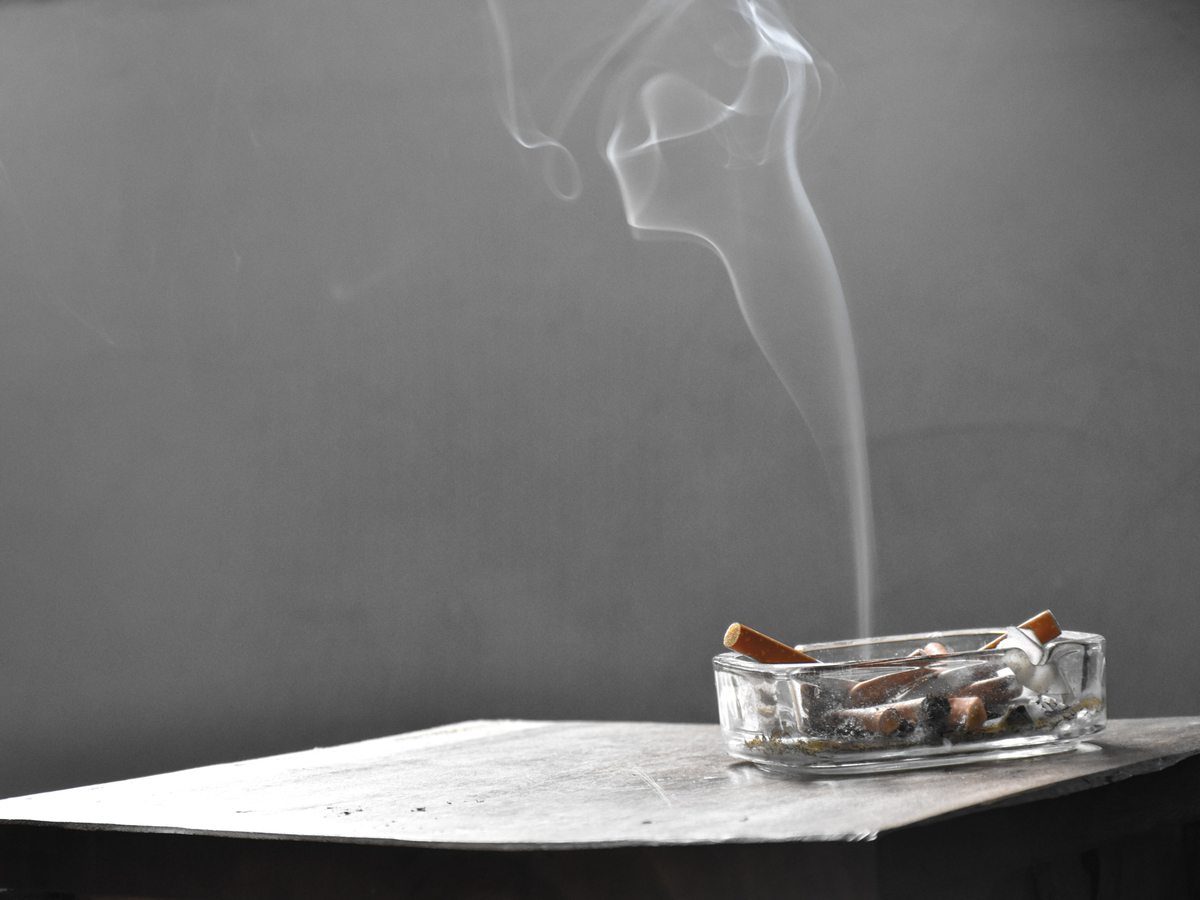 An old problem has a potential new solution: Using psilocybin has helped patients quit smoking in a clinical trial.

For many Americans, hallucinogens still evoke the psychedelic '60s, bringing to mind the sex-and-drugs lifestyle of the hippie counterculture.

But that stereotype lags behind reality, by several decades. Today, psychedelic experimentation is more likely to refer to dozens of clinical trials taking place at universities and research facilities. The psychedelics under study range from psilocybin, the active ingredient in psychedelic mushrooms, to MDMA (also known as Ecstasy or Molly), to LSD, among others. Researchers are studying them for their therapeutic potential in treating hard-to-treat conditions such as PTSD, addiction, depression and anxiety.

The promise of freedom from cigarettes was what compelled Carine Chen-McLaughlin, 65, to enroll in an experimental study of psilocybin therapy for smokers. She was desperate to break free from her decades-long physical addiction to nicotine. Quitting smoking had felt impossible for so long.

"It's basically saying good-bye to a very old friend, and worrying about: Am I going to be OK without this good friend?'" the Baltimore resident says.

Like many of the 49 million tobacco users in the U.S., Chen-McLaughlin wanted to quit and had tried various methods: nicotine gum, the nicotine patch and even stopping cold turkey. But nothing worked for more than a couple days.

The clinical trial she joined took place in her hometown of Baltimore, at Johns Hopkins School of Medicine. While she was a bit anxious about the experiment, Chen-McLaughlin says she was nevertheless hopeful about trying something totally different.

"I think I was more excited that...maybe, maybe this is it!" she says with a laugh.

Therapeutic research on psilocybin, LSD and other psychedelic drugs isn't new. Beginning in the 1950s, researchers investigated them as potential treatments for alcohol addiction, cancer-related anxiety, depression and other common psychological ills.

But then came the "psychedelic '60s," a time when American counterculture embraced these then-legal drugs. The resulting widespread use — and abuse — of psychedelics ultimately triggered a backlash that led the federal government to criminalize these substances. By the early 1970s, many ongoing studies into the potential medical benefits of psychedelics had halted.

"Unfortunately, all of that legitimate research was really sacrificed because of the association between psychedelics and the counterculture," says Matthew Johnson, an associate professor of psychiatry at Johns Hopkins School of Medicine and the lead investigator in the psilocybin study for smoking cessation.

Today, however, a new wave of psychedelic research has taken hold, with dozens of clinical studies happening at U.S. academic institutions. In fact, some of the experimental therapies involving psilocbyin have recently received "breakthrough therapy" designations from the FDA, which can help speed their progress towards eventual market approval.

Although the studies are legal, the federal government does not provide any financial support for psychedelic research, so the researchers must rely on private organizations for funding. The Johns Hopkins study, for instance, is supported by the non-profit Heffter Research Institute in New Mexico.

"We're ever hopeful and we're continuing to put in [funding] applications," Johnson says. "But so far, the National Institutes of Health has not funded any therapeutic research with psilocybin."

Dr. Charles Grob, a psychiatrist at UCLA's David Geffen School of Medicine, has studied the therapeutic potential of psychedelics since the 1980s. His four-year-long pilot study of psilocybin-assisted therapy on patients with anxiety and advanced-stage cancer was among the first studies to launch this modern-day era of psychedelic research. It was published in the Archives of General Psychiatry in 2011.

Grob attributes the resurgence of research interest in psychedelics to several factors: a dire need for new mental health treatments, a more sophisticated understanding of the underlying hallucinogenic compounds and a growing body of research literature showing promising results from around the world.

All those trends are helping to destigmatize the use of psychedelics for psychological healing, Grob says.

"Slowly but surely, our colleagues throughout the health fields have started to recognize that these treatment models may have something very positive and very unique to offer," he says.

Studies show psychedelics aren't physically addictive. And research has shown them to be safe when administered properly to healthy patients. But Johnson cautions that psychedelics can be abused.

"We are not encouraging people to [take psilocybin] on their own," Johnson says. "There are definitely risks, we know what those are ... and we have a way to address them in these research studies."

In particular, a study by Johnson and his team, published in 2018, shows psilocybin can cause harm to those with a predisposition to psychosis. So potential study participants undergo "a couple of very long days" of screening before they can be admitted into the clinical trial, he says.

For those deemed healthy and able to undergo this therapy, there are no long-term or ongoing prescriptions, as is the case with other therapies for quitting smoking, like Chantix.

In Johnson's current study, the patient ingests only one dose of psilocybin during a special session that takes place about halfway through a series of 10 cognitive behavioral therapy sessions.

So far, about 40 out of 80 participants have completed the 13-week protocol for the Johns Hopkins study. It begins with four hours of preparatory counseling before the patient takes the lab-produced psilocybin in pill form.

The psilocybin session lasts about six hours and is supervised by two therapeutic "guides" who provide comfort and assurance as needed. As the hallucinogen kicks in, patients are counseled to close their eyes, go inward and experience whatever shows up.

So far, half of the 40 participants who've completed the current Johns Hopkins smoking cessation program have quit smoking, as confirmed by urine and breath samples, Johnson says.

That compares to a 10% to 35% success rate for conventional therapies such as nicotine-replacement medications or cognitive behavioral therapy alone, says Johnson.

Johnson says the evidence collected so far suggests a couple more doses of psilocybin might prove even more successful.

In his pilot study published in 2014, 15 participants received a similar amount of counseling as those in Chen-McLaughlin's group. But instead of one dose of psilocybin, they got three. Six months later, 80% were smoke-free, Johnson says.

Still, Johnson cautions against too much enthusiasm just yet, because the studies at this point are small.

He says if his current study maintains a favorable success rate, the U.S. Food and Drug Administration would then require him to replicate that success in larger, Phase 3 clinical trials before the agency could consider approving psilocybin-assisted therapy as a treatment for addicted smokers.

"The caveat to all this is that we have so much more to learn and to explore, to really understand what's going on," he says.

A shift in perspective

How psilocybin might help with addiction is not yet clear.

"Our best guess at this point is that while the drug is active, the brain is operating in a dramatically, qualitatively different fashion," Johnson says.

Most notably, areas of the brain that normally don't communicate begin to do so, while well-worn neural pathways go quiet. What's more, because psychedelics don't numb the mind in the way alcohol and some other drugs do, patients report leaving the session with their newfound insights intact.

"People often report a remarkable clarity," Johnson says."They know what's going on [during the experience and] they can observe their life and themselves from a much different vantage point – a much broader vantage point."

This perspective shift is part of the "mystical experience" that recreational psilocybin users report, and that spiritual users, such as shamans, have described for centuries. One theory of how these drugs may help is that experiencing feelings of unity, sacredness and transcendence can help change thought patterns that fuel addiction.

That doesn't mean the experience is necessarily easy, or even enjoyable. Chen-McLaughlin reported that as she lay for hours on the couch,the psilocybin unleashed a host of fears, which took the form of swirling dark clouds that she believed were trying to suffocate her.

"And that was really super, super scary," she says. "And I cried, I think at least four out of five, six hours."

Yet, she says, through the entire experience, she had a vision of her recently-deceased mother, who seemed to stand by as a sort of spiritual sentry, helping her to face those dark, cloud-like fears. At that very point, as she became determined to confront them, Chen-McLaughlin says, the dark clouds dissipated — and so did her desire to smoke.

Since her psilocybin experience, Chen-McLaughlin has not only quit smoking, she reports feeling physically repulsed by cigarettes. One day when she was feeling stressed, she asked her cigarette-smoking husband for a puff of his. But when she reached for it, she says, she couldn't even make herself touch it.

"You could pay me $5,000 and I couldn't do it," she says. "I know it sounds really weird, but that's what happened: Something in my brain sort of got switched."

Still, she attributes her success in quitting smoking not just to psilocybin, but to a combination of the drug and all the hours of cognitive behavioral therapy she received along with it.

"If I just walked in and took a psilocybin pill," she says, " I don't think it would have worked."

Stephanie O'Neill is a health and science writer in California.