Trump Administration Cracks Down On Some Flavored Vaping Products

Trump Administration Cracks Down On Some Flavored Vaping Products 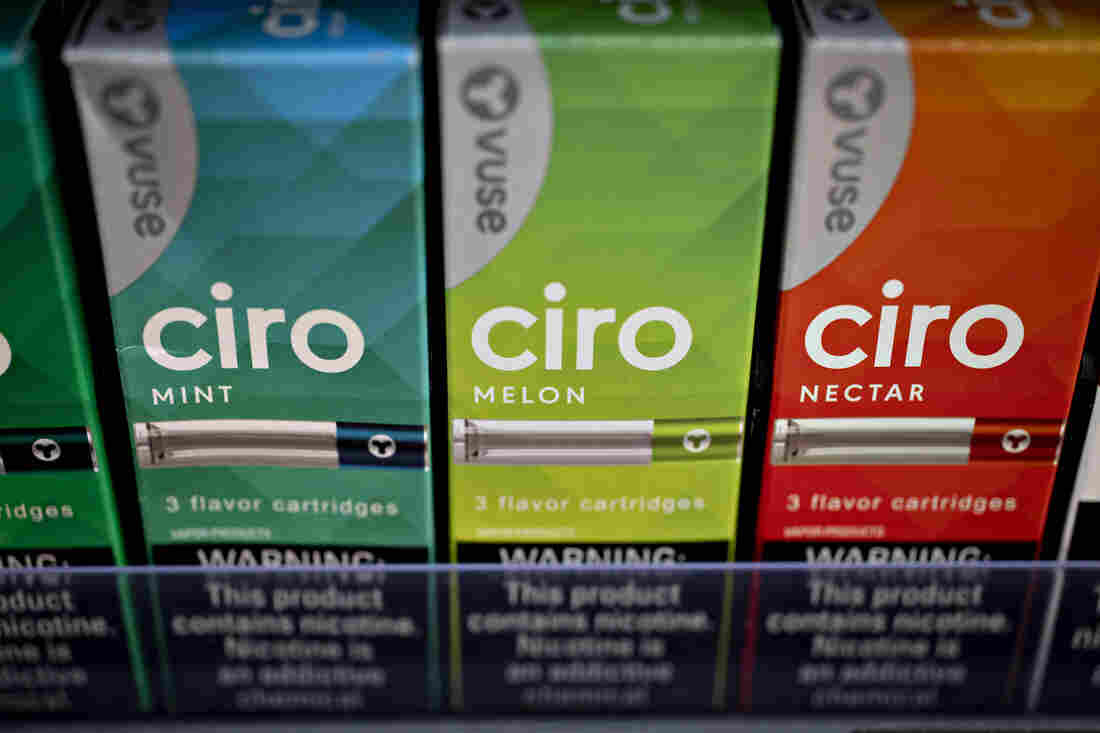 Most flavored e-cigarette cartridges will have to be pulled from the market in a move the government is stressing is not a ban. Daniel Acker/Bloomberg via Getty Images hide caption 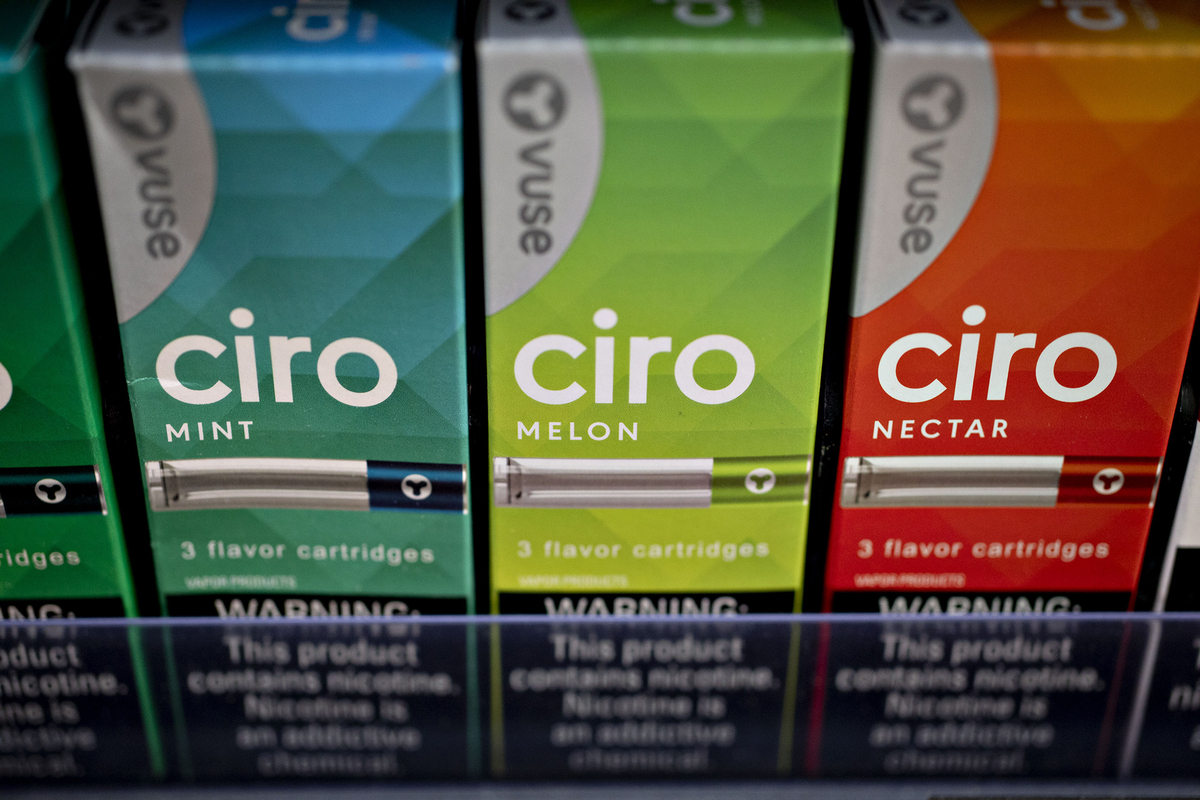 Most flavored e-cigarette cartridges will have to be pulled from the market in a move the government is stressing is not a ban.

The Trump administration announced it will crack down on certain vaping products containing fruit, mint and other e-cigarette flavors to keep them away from kids. Manufacturers will have 30 days to take these products off the market before the Food and Drug Administration can take enforcement action.

The enforcement applies to many flavors of cartridge-based e-cigarettes. Menthol- and tobacco-flavored cartridges are exempt from the restriction, as are tank-based systems sold in vape shops, because data show these aren't popular among kids and teens.

"We're striking a balance," Health and Human Services Secretary Alex Azar said during a news conference, explaining that e-cigarettes need to remain an "off-ramp" for adults to transition away from combustible cigarettes, but they can't become an "on-ramp" for children to become addicted to nicotine.

Azar stressed that all vape products are currently "illegal" because they are on the market despite not being cleared by the FDA. They are only allowed to be sold because the FDA is using its enforcement discretion. A judge ruled last summer that e-cigarette manufacturers would need to submit premarketing applications to the agency by May 12. They will then be allowed to remain on the market for one year while under FDA review.

The administration stressed this is not a ban.

"We are temporarily taking certain illegal products off the market if they are the types of products and flavors most widely used by kids," Azar said. Manufacturers can seek approval from the FDA to market even flavored products, as long as they're in compliance with the Tobacco Control Act.

More than 5 million kids and teens used e-cigarettes in 2019, up from 3.6 million the year before, according to the latest National Youth Tobacco Survey. Nearly 60% of respondents said their go-to e-cigarette brand was Juul. Nearly 1 million said they used an e-cigarette daily.

Rep. Frank Pallone Jr., D-N.J., said in a statement that the move "falls far short" of what the Trump administration promised last year. In September, Trump endorsed an FDA plan to remove all flavors "including mint and menthol" from e-cigarette products — not just cartridges like Juul. The plan stalled in November, reportedly because of industry pushback and other politics.

"A so-called flavor ban that exempts menthol and vape shops is no ban at all," Pallone said. "Unfortunately, the Trump administration caved to industry lobbying pressure and decided to prioritize politics over people's health."

Public health organizations, including the American Cancer Society and the American Academy of Pediatrics, also expressed "outrage," especially with menthol's exclusion from enforcement.

"Big Tobacco's shameful record includes targeting youth and adults in minority and underserved populations with menthol products," Nancy Brown, CEO of the American Heart Association, said in a statement. "Keeping menthol e-cigarettes on the market would enable the tobacco industry to extend a dangerous legacy that began with menthol cigarettes."

Matthew Myers, president of Tobacco-Free Kids, said he and several public health leaders met with the president in November to discuss the e-cigarette crisis. The public health advocates were united in their views:

"We face a true public health crisis," he said. "This is a totally preventable crisis because we have solutions and first and foremost the solution is to sweep the market entirely of all flavored e-cigarettes."

Sally Goza, president of the American Academy of Pediatrics, said doctors flavor prescription drugs like amoxicillin because kids will take medicine that taste better. To her, "leaving any [e-cigarette] flavor on the market is dangerous for children's health."

For Gary LeRoy, president of the American Academy of Family Physicians, what's happening with e-cigarettes feels like déjà vu.

"We've been here as a society," he said. "When the tobacco industry introduced us to tobacco products, it promised that they were safe, that they were of no harm. We know what fell out of those promises."

The FDA policy follows the December passage of a federal law that raises the legal age to buy tobacco products to 21.

A previous version of this story misspelled Matthew Myers' last name as Meyers.