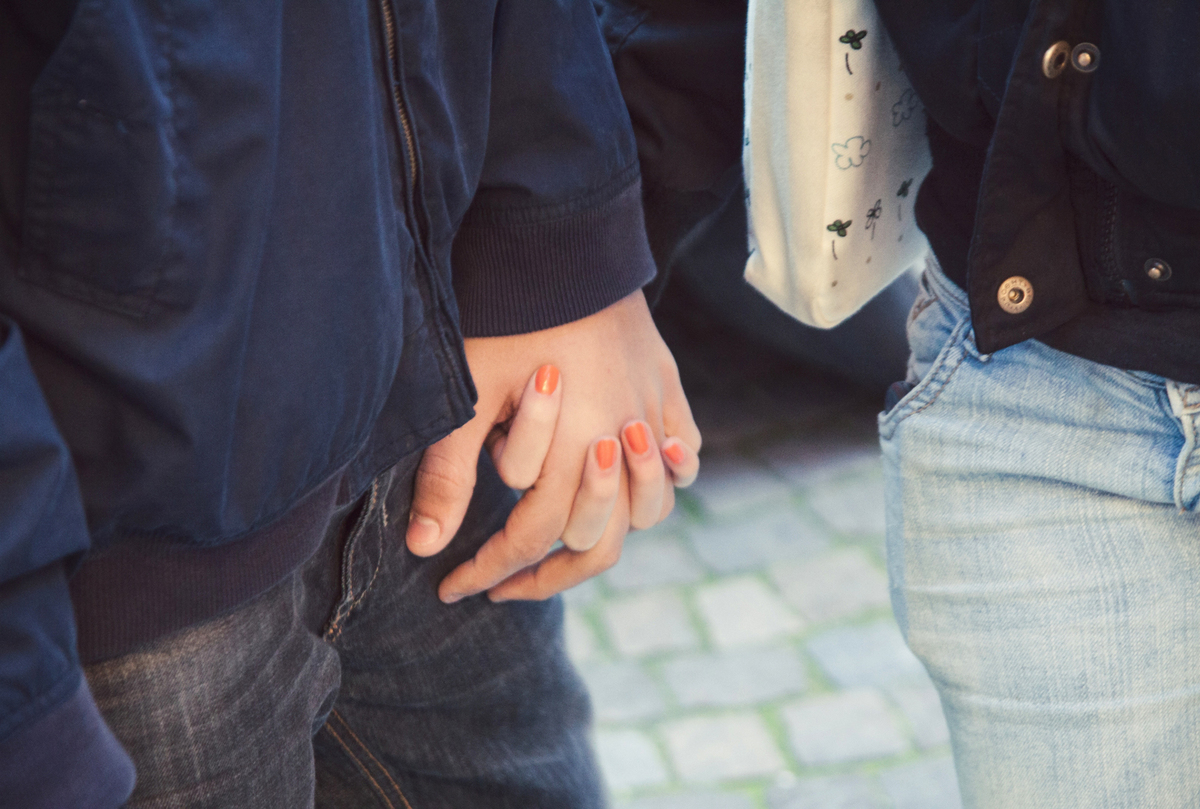 Author Peggy Orenstein's new book, Boys & Sex, is based on extensive interviews with more than 100 college and college-bound boys and young men across the U.S. between the ages of 16 and 22 on intimacy, consent and navigating masculinity. They spanned a broad range of races, religions, classes and sexual orientations.

But we don't have "the luxury" to continue avoiding this conversation, she says. "If we don't talk to our kids, the media is going to educate them for us, and we are not going to love the result."

Orenstein spent 25 years chronicling the lives of adolescent and teen girls and never really expected to focus on boys. But then came the #MeToo movement, and Orenstein, whose previous books include Girls & Sex and Cinderella Ate My Daughter, decided it was time to engage young men in conversations about gender and intimacy.

Her new book, Boys & Sex, is based on extensive interviews with more than 100 college and college-bound boys and young men of diverse backgrounds between the ages of 16 and 22.

Orenstein notes that society doesn't often give boys "permission or space" to discuss their interior lives. Maybe that's why the young men she spoke to were so eager to open up: "When they had the chance [to talk], when somebody really gave it to them and wasn't going to be judgmental about what they had to say, they went for it."

Orenstein says the boys she spoke with felt constrained by traditional notions of masculinity. One interviewee confided that he preferred to partner with girls for school projects because, "It was OK to say you didn't know what you were doing with a girl, and you couldn't do that with a guy."

"That idea of emotional vulnerability was so profound for boys," Orenstein says. "Vulnerability is basically essential to human relationships, so when you cut boys off from the ability to be vulnerable, you're doing them a huge disservice."

On how boys described an "ideal" man to her

They saw girls as equals and deserving of their place on the playing field and in class and in leadership, and they had female friends. So that had really changed. But I would ask them all the time to just give me a kind of lightning round of the ideal guy. And when we would do that, it was like they were channeling 1955. It was still all about stoicism, sexual conquest, dominance, aggression — or this weird combination of being both aggressive and chill — athleticism, wealth. It was really narrow. And they would talk a lot, particularly about ... suppressing feelings. And a lot of guys would say to me that they had figured out ... how to build a wall inside to block off any feelings except, maybe, happiness and anger. They would talk about training themselves not to feel or training themselves not to cry.

On boys' use of homophobic epithets, such as f**

Boys used that word, that epithet for a gay person, a lot with each other. But what they would say to me — this is straight boys talking — is that they would never say that to a gay person. That they had gay friends, that they weren't homophobic, but they use that word all the time. And it had become basically a slur on masculinity, not so much a statement of sexual orientation. But I think that word — that slur for gay — is what kind of draws the lines of the "man" box for boys.

And it is basically the fear of being called [that] that shuts down any objection to stepping up and standing out. So it polices boys, basically. And I also was really interested in "#nohomo." C.J. Pascoe, who is a sociologist in Oregon, had done a survey of the way boys use that hashtag on Twitter. And it wasn't just a homophobic slur. It was also a protective shield that allowed them to express just really basic human ideas about affection and joy. So they would say, like, "I miss you, man. #nohomo," or even something as innocuous as, "I like chocolate ice cream. #nohomo." It was just a way that allowed them to be fully human.

One thing that research shows is that [porn] actually reduces their satisfaction in their partnered relationships. So they feel less satisfied with their partners' bodies, with their own bodies, with their own performance. So right there, something to talk to boys about is, "It's not going to be doing any favors once you get into the actual bedroom." But it affects their ideas about what women should look like. It affects their ideas about how women should behave. It affects their ideas of what acts should be performed and the way that those acts should be performed. One of the boys [told] me that his girlfriend was a curvy African American girl, and he said that having spent hours and hours and hours looking at and reacting to what he called "all those skinny white women," that he had a hard time being aroused by her body. And that was really disturbing him.

On the ambiguity of the term "hookup"

"Hookup" is an intentionally ambiguous term. It can mean anything. It might mean kissing. It might mean oral sex. It might mean intercourse. And, in truth, when you look into the research, about a third of college hookups fall into each of those categories. But that ambiguity allows young people to vastly overestimate what their peers are doing. And then that can actually trigger a kind of anxiety and fear of missing out, or expectation of what you are supposed to be doing, that can make you engage in sex that maybe you don't want to have, or push harder than you might otherwise push.

That was something that was a big surprise and a big takeaway for me — that gay boys were so much more willing and able and capable [of negotiating] the terms of their sexual experiences with their partners. And that's partly because they sort of have to, because what's going to happen is not necessarily obvious. But they were always so befuddled by the resistance among straight guys to doing that — if we're talking about it, it means we're going to have sex. And that's great. Why would you think that was a bad thing? ...

If we don't talk to our kids [about sex], the media is going to educate them for us, and we are not going to love the result.

What Dan Savage, who is a columnist who writes about sex talk, says is, there are four magic words that gay guys use in a sexual encounter: "What are you into?" And the beauty of that phrase is that it's a truly open-ended question. It's not a yes or a no to a set of possibilities that is predetermined or decided by the other person, but it's a conversation. And that's ultimately what one is aiming for in this whole discussion of consent — to make sex a conversation that people can have not just for the legality of it, but so that it will be a more mutually gratifying experience for everybody involved.