Accessibility links
Is It Fair To Refuse To Hire People Who Use Nicotine? : Shots - Health News U-Haul is the latest company to say it won't hire nicotine users, in the 21 states where that's legal. It's one way to avoid the costs of smoking-related illness, but critics call it discrimination. 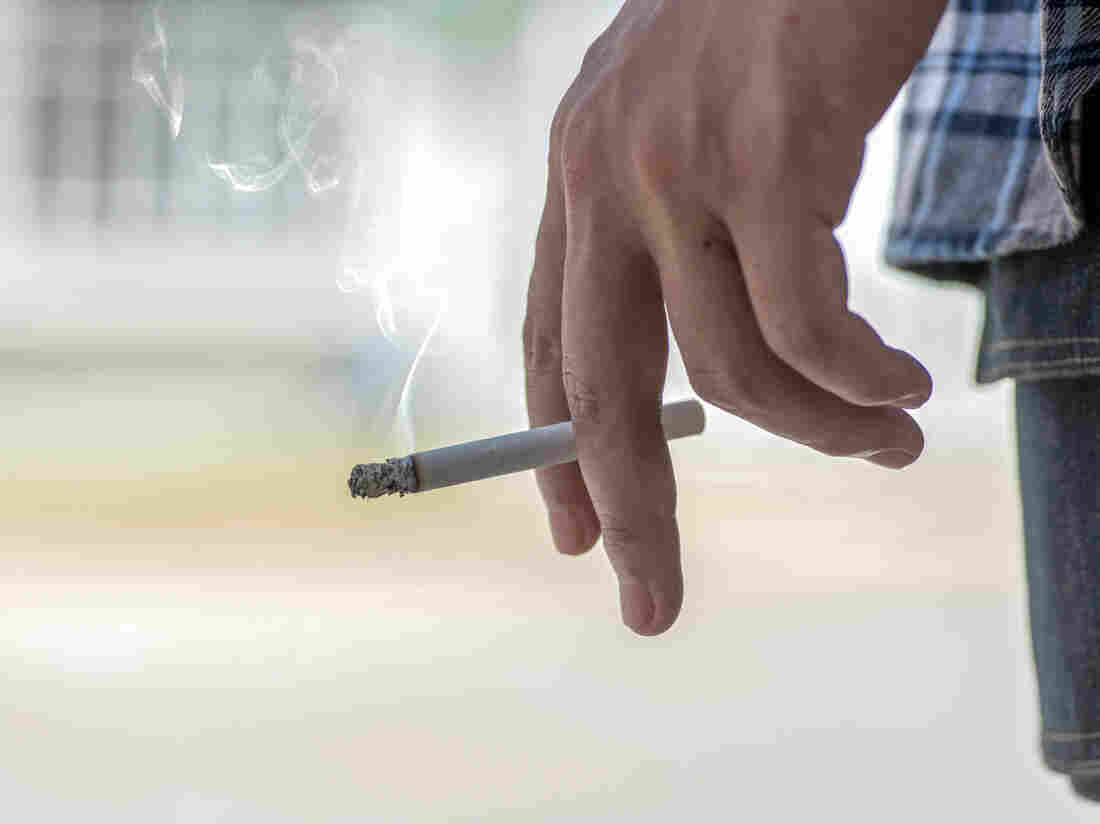 People who smoke, vape or use nicotine in any form will not be hired by U-Haul in the 21 states where such hiring policies are legal. boonchai wedmakawand/Getty Images hide caption 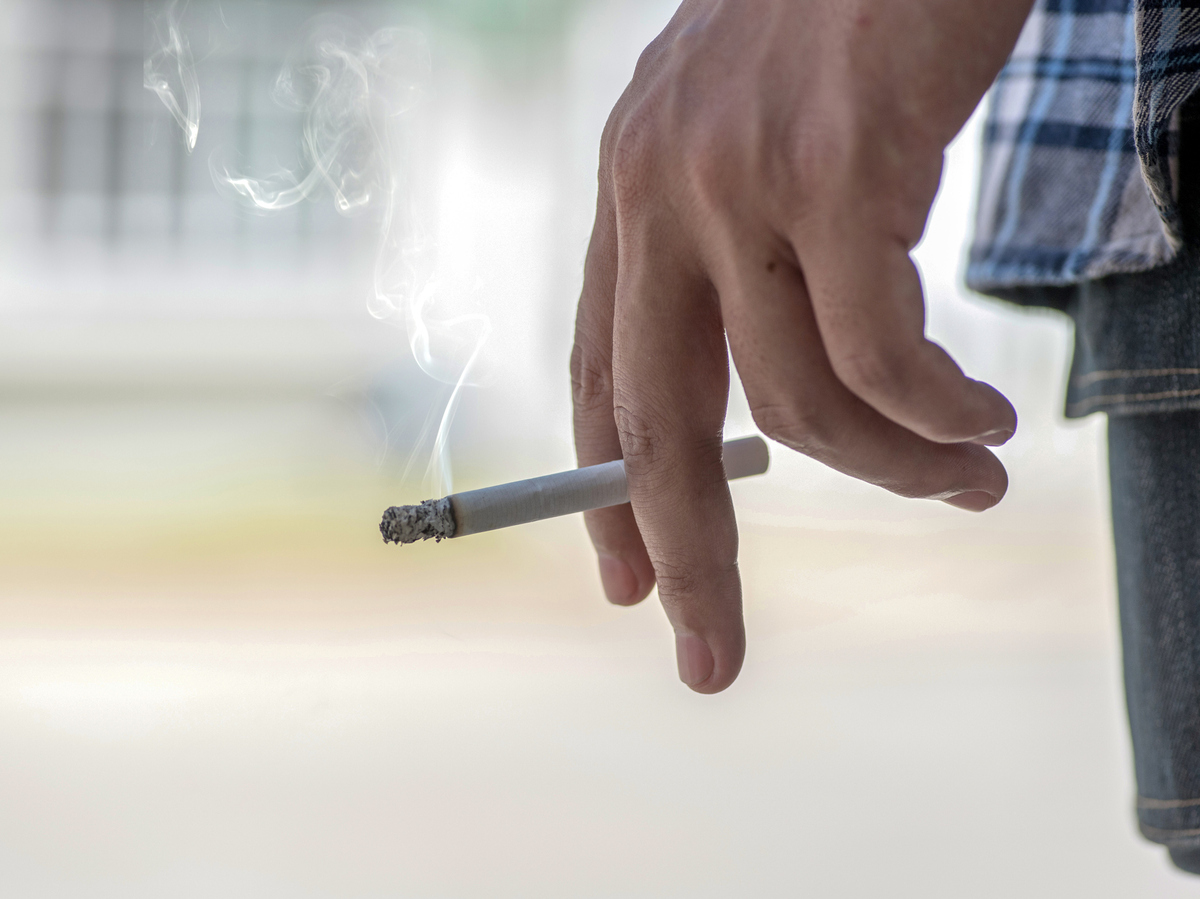 People who smoke, vape or use nicotine in any form will not be hired by U-Haul in the 21 states where such hiring policies are legal.

When U-Haul recently announced it will no longer hire people who use nicotine in any form in the 21 states where such hiring policies are legal, the Phoenix-based moving company joined a cadre of companies with nicotine-free hiring policies.

U-Haul's announcement is receiving outsize attention because nicotine-free hiring policies are more common at high-profile hospitals such as Cleveland Clinic that are especially protective of their healthy image.

Alaska Airlines has one of the oldest nicotine-free hiring policies, going back to 1985. But at the time, a big part of the stated reasoning was that the industry isn't conducive to taking smoke breaks.

Now, some employers are making the policy change simply citing health concerns or health care costs — even the city of Dayton, Ohio, has joined the movement.

But the policies are raising concern around labor and medical ethics. Harald Schmidt, a medical ethicist at the University of Pennsylvania, says targeting smokers disproportionately harms poor people.

"To me, this is more about fair equality of opportunity," he says.

Smoking is a behavior, so Schmidt doesn't equate it with discriminating on the basis of race, gender or sexual orientation. But he notes that nearly half of unemployed people smoke. And quitting is hard, because many are addicted.

"You're basically posing a double whammy on them," he says. "It's very hard for them to get work, and it's even harder for people who are already in a vulnerable situation."

Karen Buesing of the law firm Akerman represents employers and works with them on smoking policies. She says employers are looking out for the health of their employees.

Employers do have some concern about productivity and absenteeism, she says. But it's more about the risks of cancer and heart and lung disease.

"Obviously, there are higher health care costs associated with smokers. And so many companies would much prefer to have a nonsmoking workforce," she says.

The corporate cost per smoker is estimated to be in the thousands of dollars per year, though some experts have questioned the accuracy of the figures.

Buesing says discrimination of any kind is so taboo that employers in many states don't realize they can reject applicants for being smokers. And it's not allowed everywhere: 29 states and the District of Columbia have various laws that safeguard "off-duty" activity. Many of these laws were passed in recent decades specifically to shield smokers.

"In that context, you now have protections for smokers," Buesing says of the 29 states. "Certainly under federal law, smokers are not a protected class."

A 2017 Gallup Poll found that more than half of American smokers feel they're discriminated against for their nicotine habit.

"Even when I was doing temporary work, people would be like, 'You're going on break? Are you going to smoke?' " says Carl Carter of Nashville, Tenn., who is currently on disability benefits and not working. "I should have the right to do what I want to do."

It's not that he doesn't want to quit. He has tried eight times, most recently on New Year's Day. But the habit is hard to beat.

"Someone who uses tobacco could potentially have some form of disability," he says, adding that addiction could be protected under the Americans with Disabilities Act. "I would argue that these types of bans have to be reasoned."

Ndjatou and other critics ask, what's next? Will nicotine-free hiring lead to more policing of worker health?

IT administrator and vaper Scott Bales thinks so.

"I think that it's interesting that they are demonizing one over the other, and I'll specifically use alcohol," he says on a vaping break outside his office in Nashville. "How can you ban one substance without banning the other one?"

The American Civil Liberties Union has come out against nicotine-free hiring, calling it "discrimination." The organization is critical of other forms of what it calls "lifestyle discrimination."

"Should an employer be able to forbid an employee from going skiing? or riding a bicycle? or sunbathing on a Saturday afternoon?" an ACLU legislative briefing asks. "All of these activities entail a health risk."

But companies rejecting smokers point out that tobacco is the most preventable cause of cancer and lung disease. And the employers are the ones who will likely have to pay much of the bills.

Still, attorney Buesing doesn't expect the U-Haul announcement to unleash a flood of similar policies. She says rewarding healthy behavior is still seen as the most palatable approach by many employers.

U-Haul says its policy will not apply to existing workers. The company employs 30,000 people around the country with 4,000 at its headquarters. Going forward, U-Haul will screen new hires and require them to consent to future drug testing for nicotine, though it's unclear how that would affect workers who use nicotine gum or patches.

"This policy is a responsible step in fostering a culture of wellness at U-Haul, with the goal of helping our Team Members on their health journey," chief of staff Jessica Lopez said in a press release.