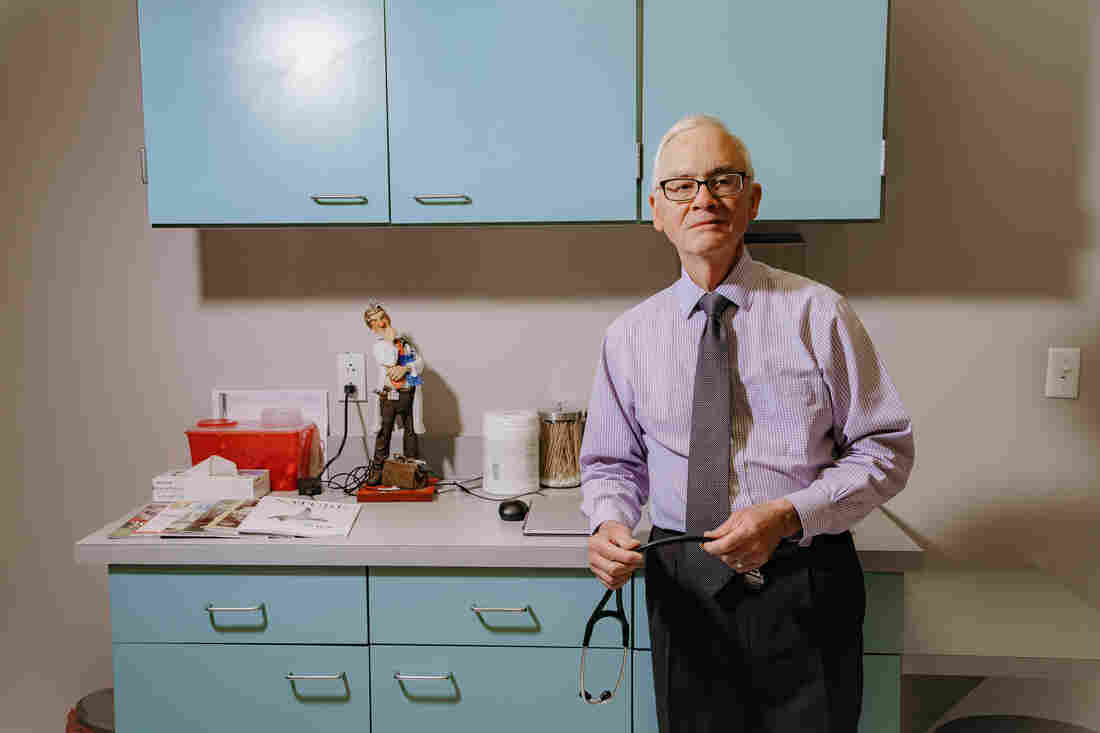 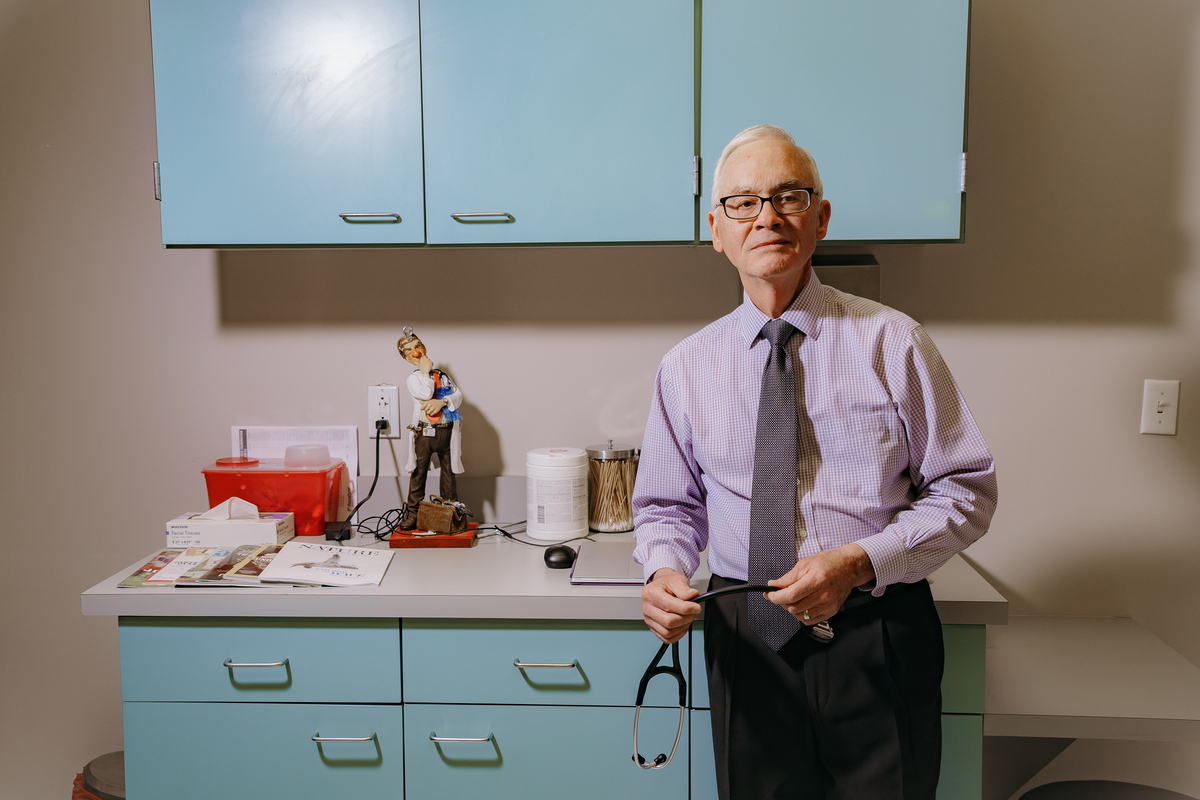 Some people spend $200 a month on the golf course or on a fancy cable TV package, says David Westbrook, a hospital executive in Kansas City, Mo. His splurge? He pays Dr. John Dunlap $133 a month for what he considers exceptional primary care.

"I have the resources to spend a little extra money on my health care to my primary care physician relationship," Westbrook says. "Because I have that access — and am very proactive in managing my personal health — I think I'm going to be healthier."

That $133 is in addition to Westbrook's monthly insurance premium, which he still needs to cover whatever Dunlap can't handle in his primary care practice, such as specialist visits, hospital care and more.

For that fee, he has access to "concierge medicine" perks: a long, thorough annual physical exam — lab work included, no waiting room time, same-day appointments. Any other visits during the year cost him $20. His doctor knows him and understands his medical history. If he needs an answer to a question, he can call his doctor's cellphone.

More than 1 in 5 wealthy people pay an extra fee for direct access to their doctor, according to a new poll from NPR, the Robert Wood Johnson Foundation and the Harvard T.H. Chan School of Public Health. For low and middle income people, the rates are less than half that.

Is There Hope For The American Dream? What Americans Think About Income Inequality

As an executive who previously owned his own communications business, Westbrook's income puts him in the top 1%, which is defined in our poll as making more than $500,000 in income a year.

"I'm not surprised that people who enjoy prosperity are likely to choose this kind of medical service," Westbrook says. "I think we're likely to choose it for two reasons: One, it's just sensible — you're going to stay in better health — and second, if you are a person in a successful career, you're likely really busy, and so your time is very valuable." 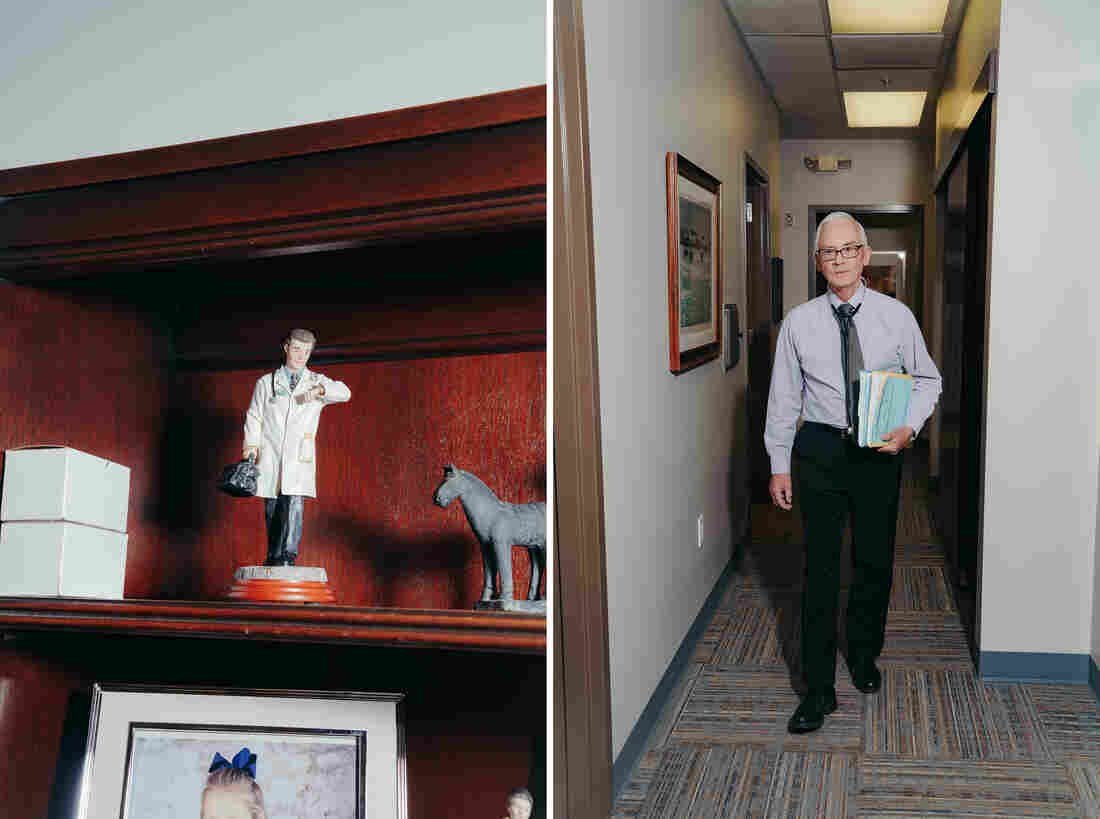 For years, Dunlap took insurance and ran a traditional practice. Now he has about 800 patients who pay him monthly fees directly. Barrett Emke for NPR hide caption

This kind of arrangement isn't new. It actually goes back several decades. The idea behind concierge medicine — and its newer, lower-cost sibling, direct primary care — is that patients could have a closer, more personal relationship with their physicians, with less waiting and bureaucratic interference, and that could result in better health.

In its first incarnation, it was pricey. "Concierge medicine appeared in primary care in the 1990s with the purpose of providing luxury medical care," says Erin Sullivan, the research and curriculum director at the Center for Primary Care at Harvard Medical School. At the high end, some concierge practices charged as much as $30,000 a month, she says.

But lower-priced models have since cropped up. Westbrook's doctor, John Dunlap, runs a direct primary care practice, which works in a similar way but without the emphasis on luxury services. Also, unlike concierge practices which sometimes still work with insurance, direct primary care practices typically don't. It's "direct" because the contract is strictly between the patient and the doctor — no insurance companies are billed for what happens in the office. On average, this model costs patients $93 a month, according to a review of fees from 2015.

"That model emerged in the mid-2000s to focus on restoring the doctor-patient relationship and providing access to more personalized care at a lower price point than concierge medicine," Sullivan says.

Dunlap says direct primary care is "an excellent way to provide care." He's in private practice — it's just him in the office with some nursing and administrative staff. He's not affiliated with a hospital or physician group, and that's how he's had it since 1980. For many decades, he took insurance like a traditional doctor's office. But in recent years, he says, with his patients getting older, it felt like he was working harder and earning less.

He says he was approached by MDVIP, a national concierge medicine group, which suggested he convert his business model. At first, he was reluctant. He worried about leaving patients behind. He rebuffed the company, but little by little, he says he began to see the advantages of the direct primary care model — knowing his budget at the beginning of the year, getting to know his patients better, being able to pay his staff more, and taking billing insurance off their plates. 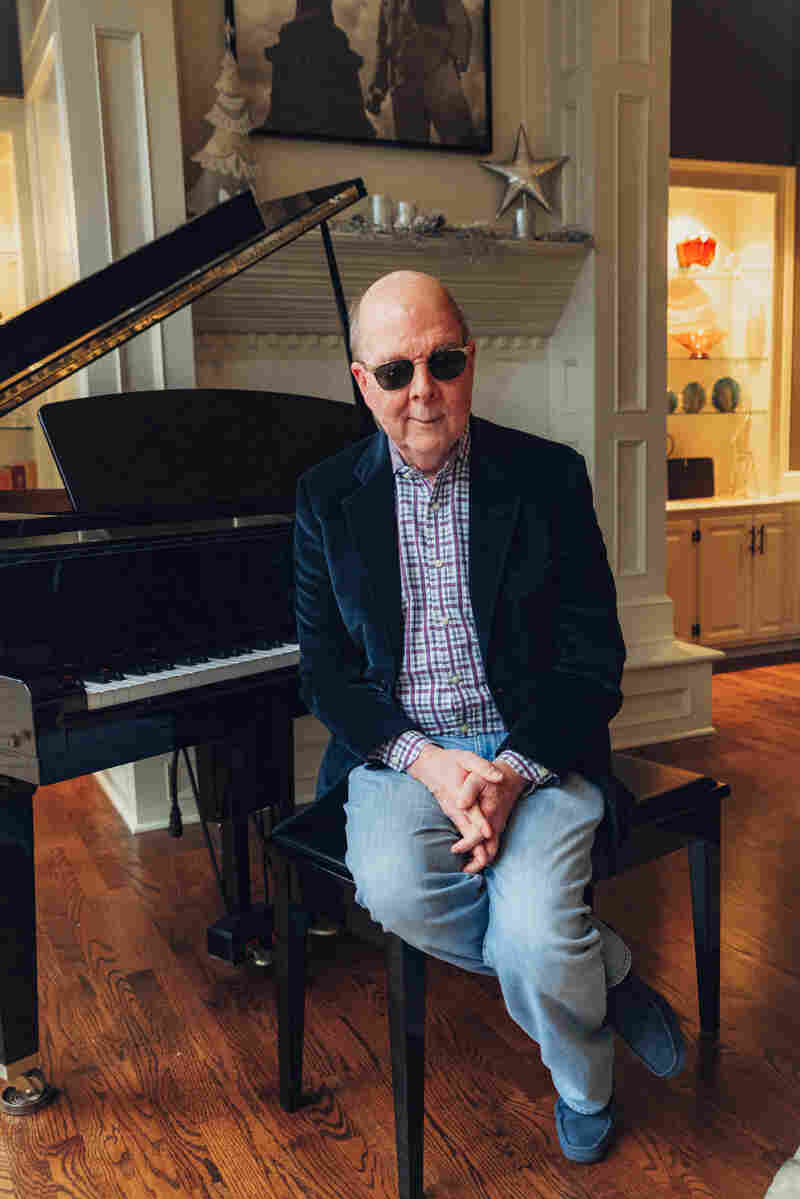 David Westbrook, photographed in his home in Kansas City, Mo., is a patient of Dr. John Dunlap. He pays $133 per month and gets what he considers exceptional care. Barrett Emke for NPR hide caption

Five years ago, he made the switch on his own. His practice charges patients a monthly fee based on age — $50 for people under 40 and more than double that for people over 55. He has 800 patients — in contrast to traditional primary care providers, who typically see about 1,200 to 1,900 patients. Dunlap said it was emotional for him to downsize his patients, and he does give "scholarships" to some patients who can't afford the monthly fees.

The smaller group of patients is a big part of the reason why the care is so gratifying for patients like Westbrook — those same day appointments, for instance, that the doctor's looser schedule can accommodate. But that's also why, even at this lower price point, the direct primary care model isn't available to most people.

"There are approximately 1,000 [direct primary care] practices in 48 states serving approximately 300,000 U.S. patients," says Sullivan from Harvard, citing the Direct Primary Care Coalition. There's less known about how many patients receive care in true "concierge" practices, Sullivan says. There are also many patients seen at hybrid practices, which charge an extra fee for some of the same perks these other models offer but also bill your insurance, like a traditional doctor's office.

There's a basic math problem here. If doctors see fewer patients, there would need to be many more primary care doctors practicing in this country for this model to be more widespread. And that's a tall order, says Sullivan.

"We have issues with access to primary care in this country. We don't have enough trainees or enough clinicians choosing primary care," she points out. "To have [providers] suddenly hopping over to this model would continue to probably decrease access for patients to primary care."

Still, Sullivan appreciates that the promoters of the direct primary care model are experimenting — trying to disrupt a system that needs improvement, where doctors are burned out and patients have long wait times to get appointments.

"Disruption is a nice way of talking about challenging a status quo," says Dr. Jewel Mullen, associate dean for health equity at Dell Medical School at The University of Texas at Austin. "The question that comes along with it is: for whose benefit?"

She clearly sees the benefit of this type of model for doctors who get to extricate themselves from the overhead and administrative red tape. She's less convinced of the benefits for patients. After all, it's another health care contract to parse, on top of figuring out and paying for an insurance plan.

She also worries that patients could get left out — not just because they can't afford the additional monthly fees. "We need to be cautious in observing whether or not [direct primary care] providers decide to avoid certain patients, and if there's any cherry-picking that is contextualized with implicit bias," she says.

The country's health care system is set up in such a way that the wealthy can pay for better and faster care. In that way, this corner of the system is not unique. NPR's poll found the vast majority of Americans say people with higher incomes can get better health care — and about half of those people said that was very unfair.

Westbrook — the patient in Kansas City — does not agree. "I think as long as you favor capitalism, it's perfectly fair," he says. "I think the idea of leveling all health care services because it's unfair for somebody to have access to better quality care because they have money — I just think that's not right."

Politically, it's a timely question, as top Democratic presidential candidates ask voters to contemplate a "Medicare for All" system in which everyone in the country has the same health care coverage — the same access and the same providers for all.

Direct primary care has generated enthusiasm from some Republican politicians, who have long argued that the kind of comprehensive health insurance required by the Affordable Care Act is unaffordable.

This model provides an avenue for people with cheaper, high deductible insurance plans to still have access to basic preventive care — and appeals to those who emphasize the need for consumer choice in the health care realm. One recent push with bipartisan support: last month, several senators, including Bill Cassidy, R.-La., introduced legislation to allow people to use tax-exempt health savings accounts to pay direct primary care monthly fees.

"There are lots of people — policymakers, researchers, experts — who are looking at solutions," Mullen says. "The question that we're going to answer is: how we're actually going to create a system that works for everyone instead of [cobbling] together imperfect solutions that aren't necessarily moving us any closer to ensuring that everyone can have access to fundamental health care?"

Even if the direct primary care model is not the answer to those bigger questions, it has been a big improvement for John Dunlap's primary care practice in Overland Park, Kan.

"I enjoy what I do more now than I did," he says. "I'm very close to my patients. I think my office staff is happier — they have less paperwork to do. They seem to enjoy their jobs more than they did."

He says the whole thing has exceeded his expectations. But please, he says, don't lump him in with the concierge medicine set.

"I think the term concierge medicine makes medical care sound like it is for an elite group," he says.

He knows his patients, including David Westbrook, sometimes do call his practice "concierge." He says if that means they're happy with the attention they get and the quality of care — it's OK with him.

An earlier version of this story identified MDVIP as a direct primary care group. It is a concierge medicine organization.