Accessibility links
Income Inequality Webcast From NPR And Harvard T.H. Chan School of Public Health : Shots - Health News Watch as experts on income inequality discuss a recent NPR poll that is notable for capturing the views of the top 1% of earners in America. The webcast was livestreamed on Jan. 27. 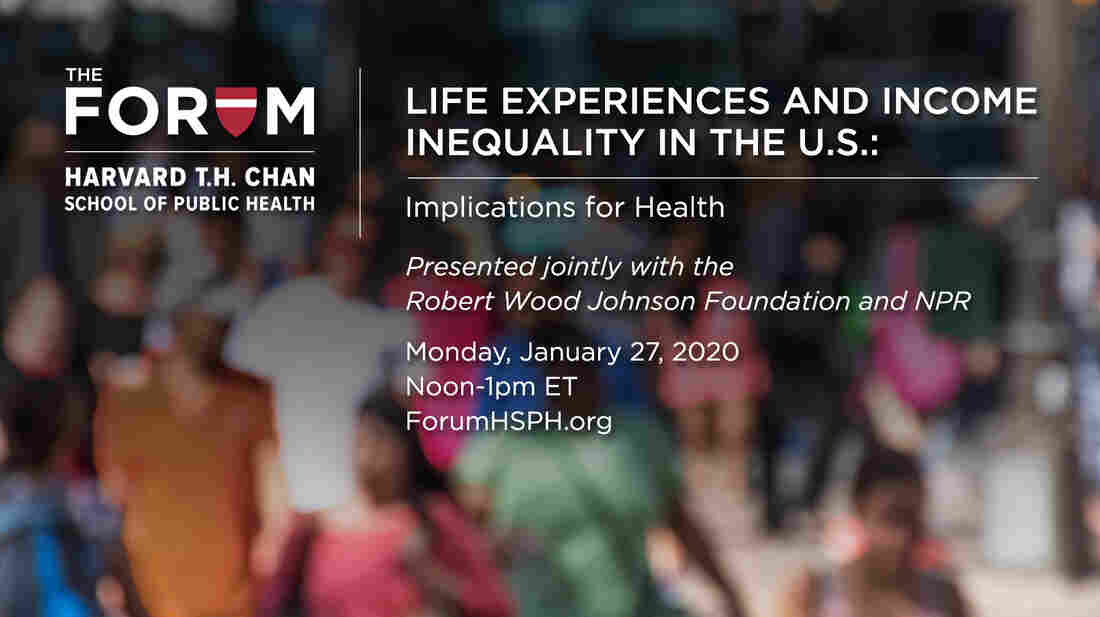 Income inequality in the U.S. is at an all-time high, according to the Census Bureau. And a recent poll from NPR, the Robert Wood Johnson Foundation and the Harvard T.H. Chan School of Public Health shows that regardless of their income, Americans generally view this as a serious problem.

The poll examined the life experiences of people at all income levels. From paying medical bills and affording housing to coping with unexpected expenses, Americans face very different realities. The scope of these choices carry profound implications for the country's health and for society at large.

A web cast streamed on Jan. 27 explored these differences, as well as approaches, such as taxation, that could narrow the income gaps. Watch the conversation with researchers and analysts here: