Accessibility links
When Insurers Don't Cover Drugs, Prescriptions Often Go Unfilled : Shots - Health News With drug costs on the rise — and insurers refusing to cover some prescriptions — even patients with insurance can find themselves facing high out-of-pocket costs or going without. 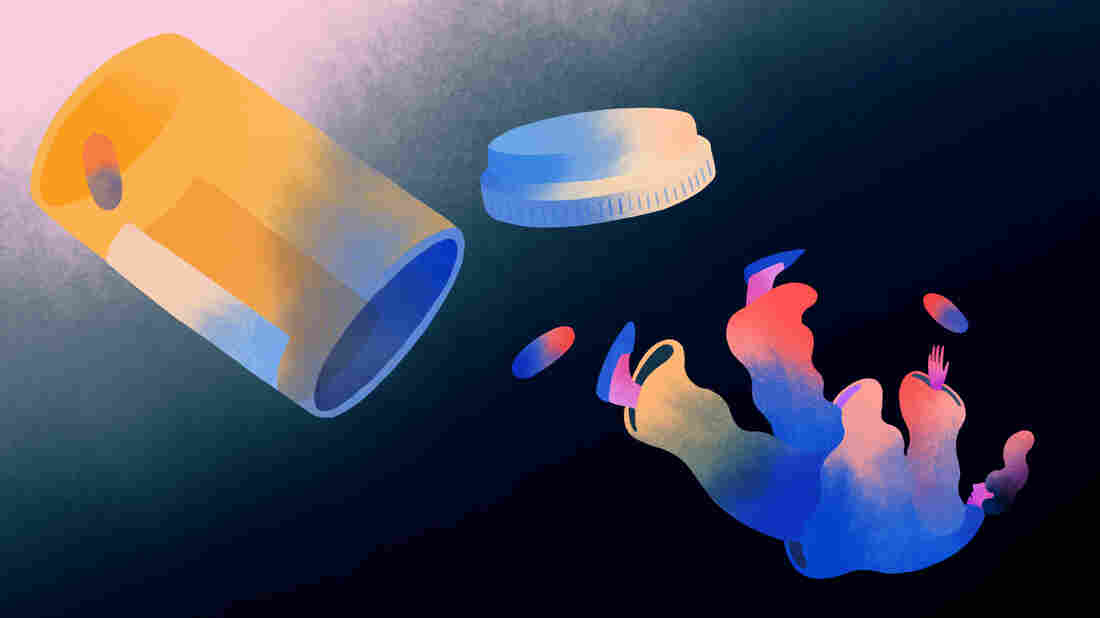 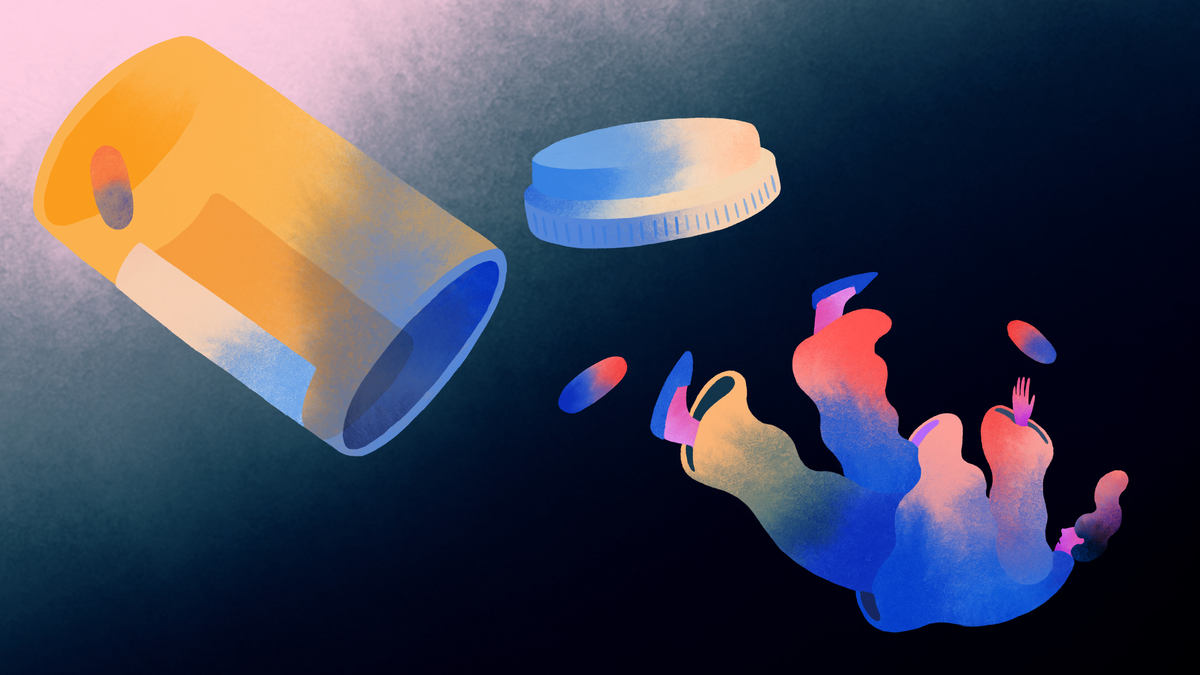 The majority of Americans have health insurance that includes coverage for prescription drugs. But unfortunately that doesn't ensure that they can afford the specific drugs their doctors prescribe for them.

In fact, many Americans report that their insurance plans sometimes don't cover a drug they need — and nearly half the people whom this happens to say they simply don't fill the prescription. That's according to a poll released this month on income inequality from NPR, the Robert Wood Johnson Foundation and the Harvard T.H. Chan School of Public Health.

It happened to Sally Radoci, a retired medical secretary who lives in Baltimore. She's 78 and on a fixed income, and she suffers from acid reflux.

"I have to eat very small meals, and when I eat, sometimes it feels like everything's stuck in my chest and I get really bad pain and then I have to throw up."

Radoci has Medicare, but she also pays for two supplemental insurance policies, including one that covers the cost of drugs. When she was working, the plan she had through her employer covered the reflux medication prescribed by her doctor.

But the new plan covers only the generic version. She says it just doesn't work for her. She can't afford the brand-name medicine, so now she has extremely painful episodes of acid reflux about three times a month.

Our poll shows that, like Radoci, the majority of Americans have health insurance that includes prescription drug coverage. Yet despite this wide insurance coverage, more than one-third of adults across all income groups say that in the past year, they or a household member were told their health insurance plan would not cover a drug prescribed by their doctor.

"What you see is insurers are not paying for some drugs that physicians are recommending and that patients think they need," says Robert Blendon, professor of health policy and political analysis at the Harvard T.H. Chan School of Public Health, who directed the poll.

When that happened, most of the highest earners paid for the medication themselves. But Blendon says that this was not the case for everyone else.

"Half of the people who are lower or middle class are not getting them," he says, "because they can't afford to go out and pay for it themselves." 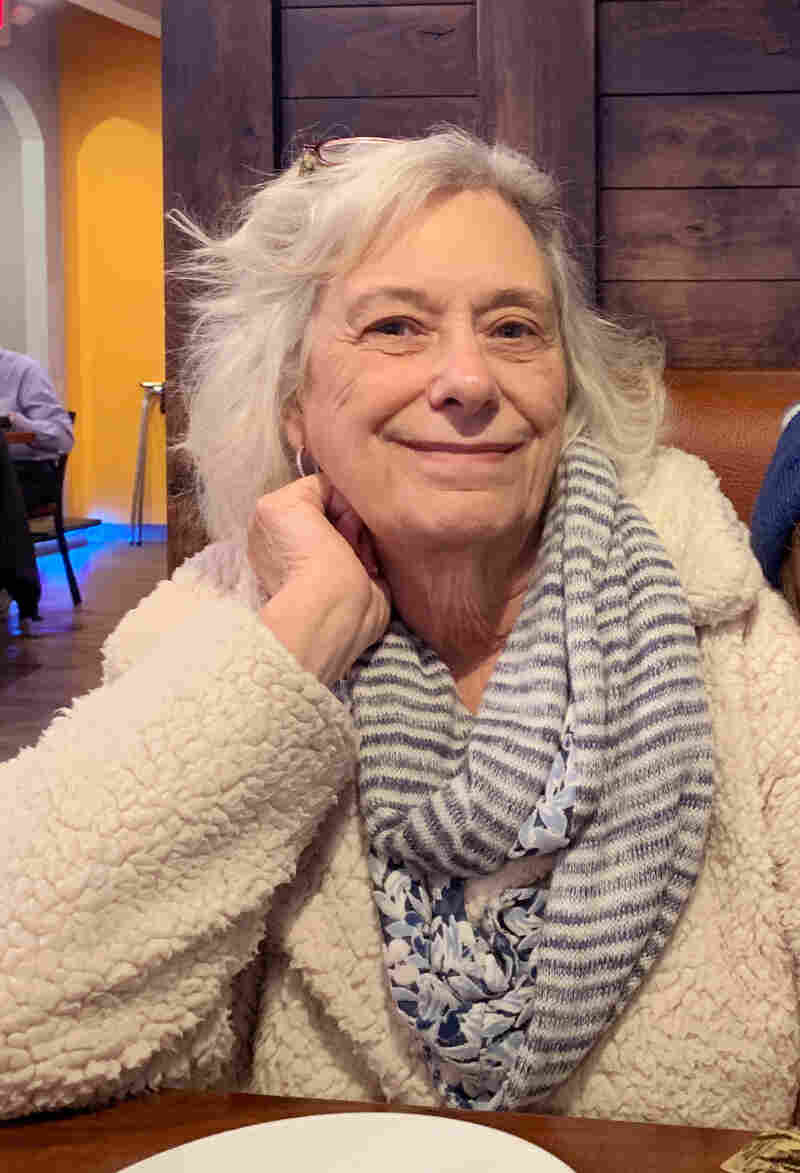 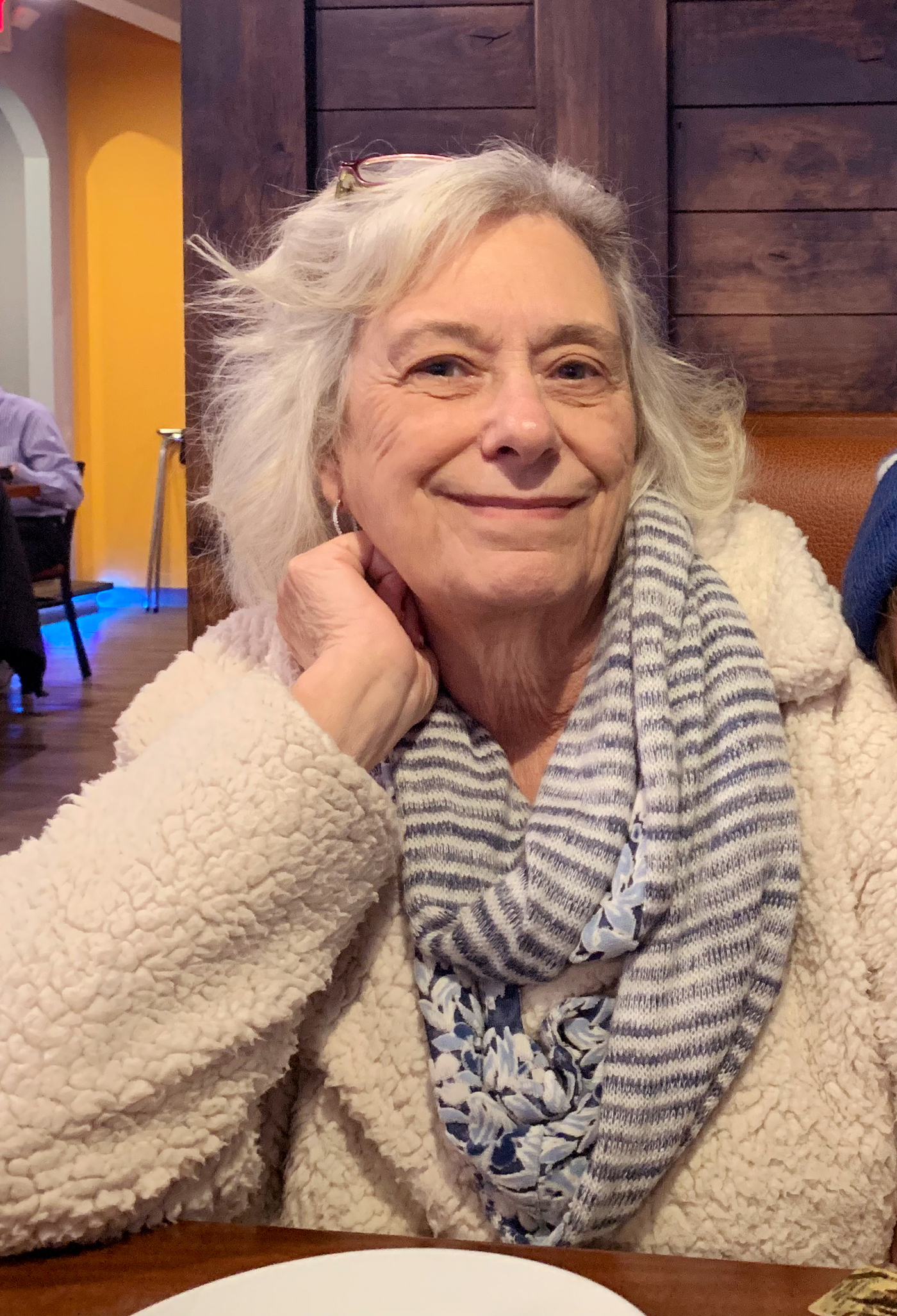 Sally Radoci has three insurance policies but still can't get two drugs she needs covered. "It's very frustrating," she says.

Bottom line, Blendon says, "it's just not fair." The idea that to save money everyone has to make "tough choices" is just not true, he says. "The tough choices really don't affect the most wealthy people in the United States; they just affect people who are lower and middle income."

Cathryn Donaldson, director of communications for America's Health Insurance Plans, the national association of health insurance companies, says denials are often a "simple request for more information from the provider or a recommendation for a different treatment that may be more appropriate and effective for the particular patient."

Such denials can be appealed and can be overturned, she said in a statement.

But Frederick Isasi, director of the consumer advocacy group Families USA, argues there's nothing simple about denials from insurance companies.

"Patients struggling with their health may not understand or have the ability to push back when an insurance company sends a denial," he says. If insurance companies were actually focused on getting the right treatment to patients, he adds, "they'd facilitate a conversation with patients and providers and work together to find the best treatment, not simply send a denial."

Sally Radoci was denied coverage for another drug she depended on, her EpiPen. She's allergic to bees and needs the EpiPen to inject lifesaving medication in case she gets stung.

Her doctor told her that each time she gets stung, it could be more serious, even fatal, so she needs to carry an EpiPen.

"I do a lot of gardening and I'm by myself, so it just felt safe to have my EpiPen with me just in case," she says.

But when she went to the pharmacy to get the EpiPen that had been prescribed by her doctor, she was told her new insurance wouldn't cover the cost.

It was close to $600, Radoci says, so she inquired about the generic version. That turned out to be $398. Radoci says she couldn't afford it and was unable to get her prescription filled.

Today when she gardens, she wears long sleeves and long pants to try to protect herself against bees. She says the situation is upsetting.

Radoci has three insurance policies and a lot of copayments. "It's very frustrating. I think when you have insurance you should be able to get the drug you need." 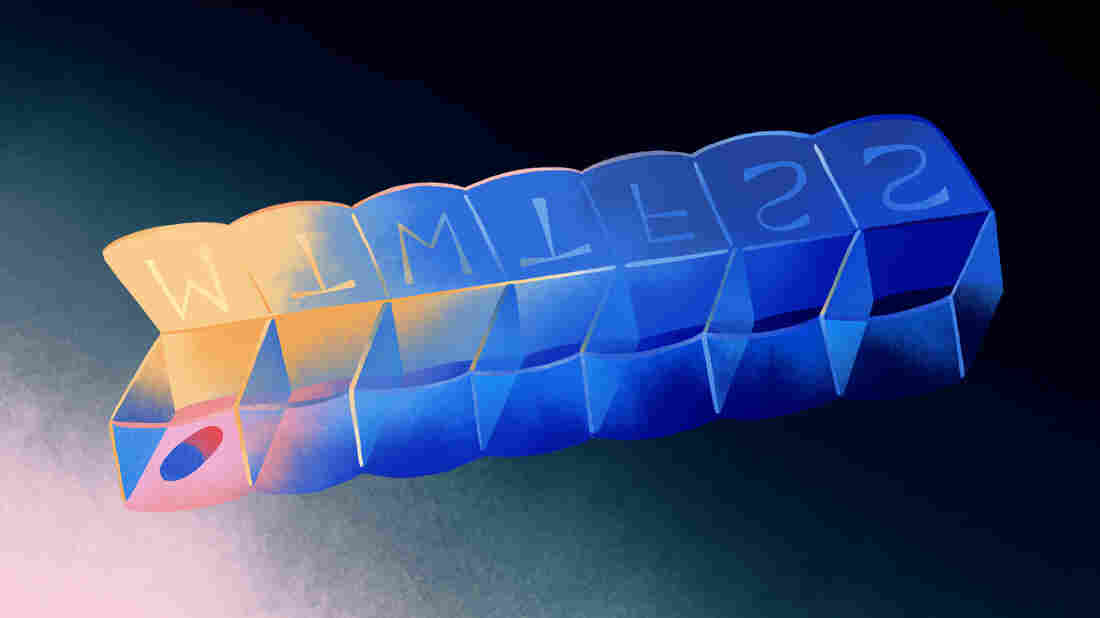 Americans are going without drugs they need rather than paying out of pocket in cases where insurance won't cover them. Jesse Zhang for NPR hide caption 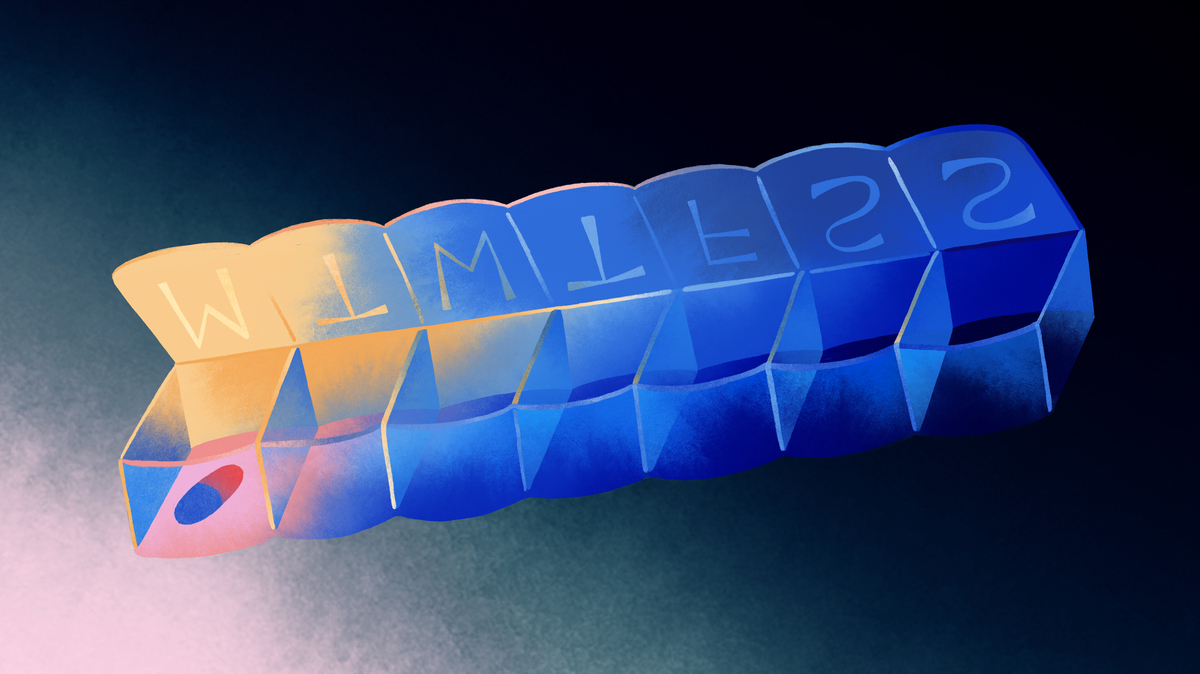 Americans are going without drugs they need rather than paying out of pocket in cases where insurance won't cover them.

One unexpected finding from our poll is that even people who can afford to cover the cost of their medication sometimes didn't get prescriptions filled. This is one of the first surveys of the top 1% of earners — people making over $500,000 a year. We found that 18% of those top earners did not fill their prescription when insurance didn't cover it.

For some, it's the principle.

Peggy Greenman is one of them. She's 76 and lives in Baltimore. Recently she had a precancerous lesion on her nose. Her dermatologist prescribed a cream to treat it. But when she went to the pharmacy to have the prescription filled, she found out Medicare would not cover the cost and the medication cost over $900.

She could afford to pay but asked herself, "Do I really want to do that?" Greenman says she didn't know whether it was absolutely necessary and consulted her doctor, who suggested they freeze the lesion and "keep an eye on it." The lesion has come back "a little bit but not much," she says, adding that she and her doctor will continue to watch it.

Another top earner who took part in our poll is Tina Smith, who runs a technology consulting firm in Minneapolis. Last year, when her doctor prescribed a medication to treat the skin condition rosacea, she got a shock. For the past seven years, the medication had cost $20. This time when she went to the pharmacy to get it filled, the price had increased to over $600 and insurance would not cover the cost. The price increase "was huge," she says, so she decided not to get it.

"I felt that it would be fiscally irresponsible, and I have no interest in funding Big Pharma any more than I absolutely have to," she says. "I feel Big Pharma has been robbing the American people for years, and they continue to increase the cost of prescriptions."

Holly Campbell, a spokesperson for the trade group PhRMA, which represents major drug companies, redirected blame for high consumer costs toward insurance companies and health care providers. "New data show nearly 50% of spending for all brand medicines goes to payers, hospitals and other entities in the supply chain," she said in an emailed statement, adding that making drugs more affordable will require efforts by the entire supply chain.

According to Families USA director Isasi, drug prices have been escalating in a significant way for the last couple of decades. But in the last five years, prices have "really reached a crescendo," he says.

"That is much faster than our paychecks or inflation," he says. But often there is a doubling or tripling of prices, especially when drug companies have no competition, he says, adding that these increases can easily add up to "astronomical" and, ultimately, unaffordable costs for most people.

Overall, Isasi says, health care costs are swallowing up more and more of families' discretionary income. Not only in higher drug prices but also in higher deductibles, copayments and cost-sharing.

This may be one reason that many people can't afford to pay for prescriptions themselves.

And not getting needed medication is not good news, according to Harvard health economist and primary care physician Ben Sommers, who was not involved with our poll.

"There's more and more evidence that having health insurance really does improve people's health, and medications are one of the key parts of that because it is a mainstay of how we manage a lot of chronic conditions," he says.

Not all medications are equal.

"Some of the medications we prescribe are really kind of options to a patient. You say, 'Look, this medication may help you feel better while you have this infection or while you are having some heartburn, and if you feel fine without it, it's OK.' "

But other drugs can be critical: cholesterol-lowering statins, for example — or insulin to keep blood sugar under control.

"Sometimes people may not even notice not taking [the medication], because not all these conditions have symptoms. You can be building up dangerous levels of blood sugar or cholesterol without noticing it until it's too late."

Sommers says he's not surprised by the findings of our poll. He says at least a quarter of his patients don't get new prescriptions filled because they just don't have the money.

This could leave these individuals more vulnerable.

Daniel Reyes, a 37-year-old self-employed graphic designer who lives in Plainfield, Ill., buys his own insurance, which includes prescription drug coverage. Yet when he needed medication to treat a bad sinus infection, he apparently went over his plan's limit for medication reimbursement.

As a result, the plan would not cover the cost for his antidepressant medication, which runs about $200 a month. He didn't have any new gigs to help pay for the medication, so he went without it for a couple of months.

"It made concentrating difficult when I want to be productive," he says. "It also affected my creativity and my production as well as moods and everything else."

Today, Reyes has set aside a special savings account to pay for his medication in case he goes over the limit again.