Accessibility links
Coronavirus In The U.S.: What Federal Agencies Are Doing : Shots - Health News With cases growing quickly abroad, the federal government announced several measures to prevent the new coronavirus from taking hold in the U.S. 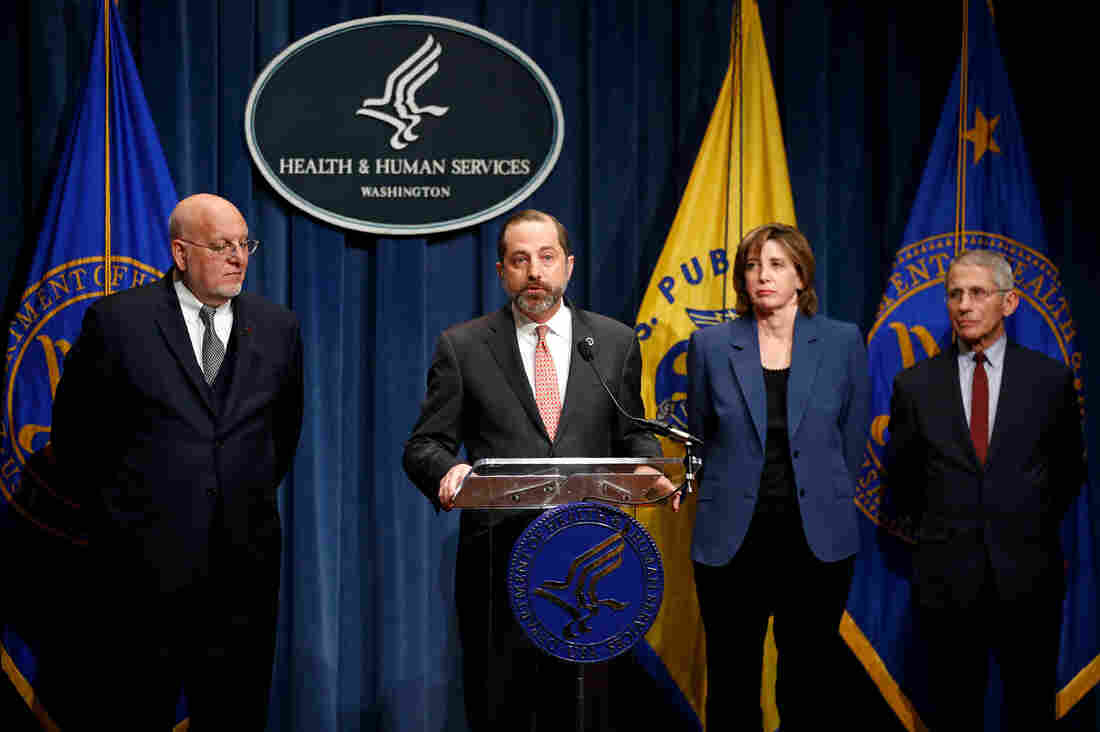 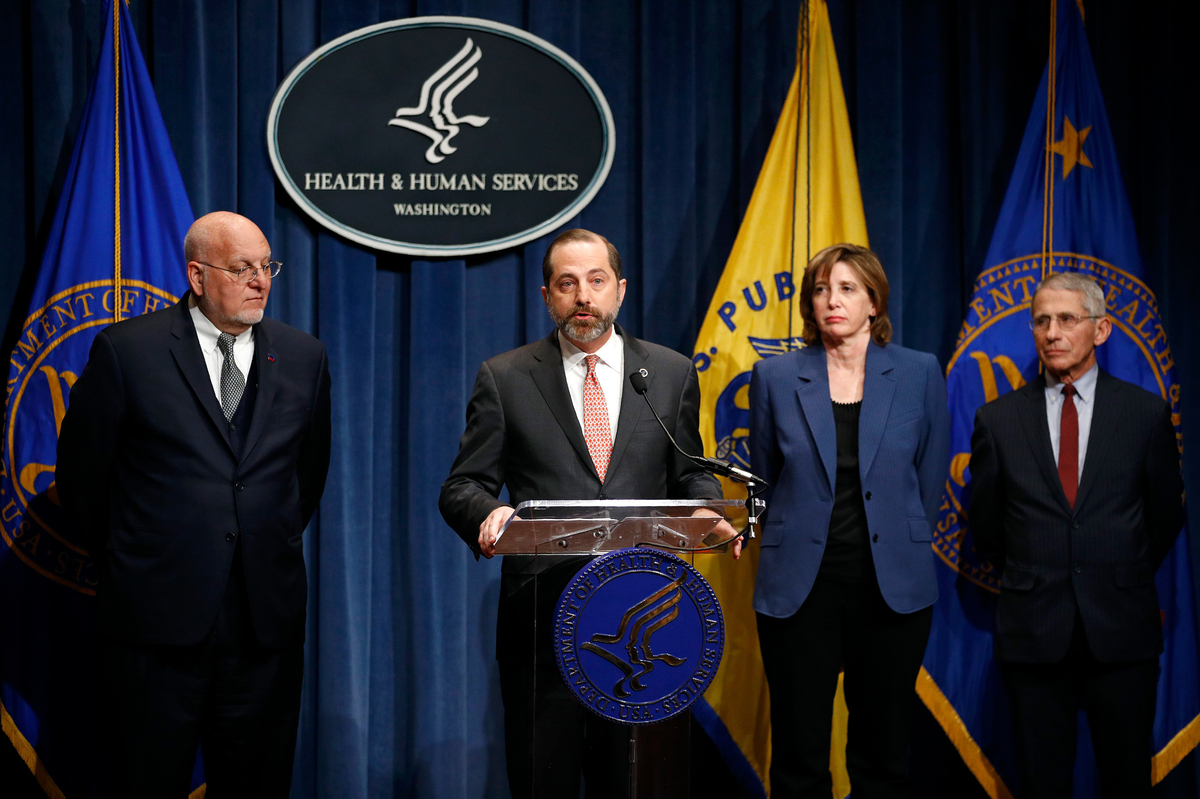 Health and Human Services Secretary Alex Azar led a news conference about the federal government's response to the outbreak of coronavirus. The conference included CDC's Robert Redfield, left, Nancy Messonnier and Anthony Fauci from the NIH.

China has reported a large surge of cases of the novel coronavirus — upping its count from under 3,000 to over 4,500 as of Tuesday morning. More than 100 deaths have been reported. It is spreading rapidly in many provinces, and sporadic cases have now been reported in 18 other locations outside of China, including Australia, France and Canada.

In the United States, the case count remains at five — all people who had recently returned from Wuhan, China. And at a news conference Tuesday, top U.S. health officials reiterated that the disease — while serious — is not currently a threat to ordinary Americans.

"At this point, Americans should not worry for their own safety," said Alex Azar, health and human services secretary, at the press briefing Tuesday.

While risk to most Americans remains low, Dr. Nancy Messonnier, the director of the National Center for Immunization and Respiratory Diseases at the Centers for Disease Control and Prevention, noted that "risk is dependent on exposure" and that health care workers or others who know they have been in contact with a person exposed to the virus should take precautions.

The federal government continues to adjust its approach to preventing the disease from taking hold in the U.S. On Monday night, the CDC and the State Department announced that a travel advisory recommending that Americans avoid travel to China when at all possible.

Airport screening is also being expanded from five airports to 20, with the goal of screening all passengers returning from China and letting people know what they should do if they fall ill after they get home.

The CDC is conducting contact investigations of people known to have been in contact with the five patients with confirmed infections, monitoring them for symptoms and testing them if concerning symptoms emerge.

Officials at the CDC are eager to get into China in order to help scientists there answer key questions — such as whether the virus can spread from people who don't show any symptoms of illness. Azar said at the news conference that he had been pressing his counterpart in China for permission to send investigators.

That plea has been answered, at least to a certain extent. On Tuesday, the World Health Organization announced that it had the green light to send outside experts to China. It was not immediately clear whether that will include scientists from the CDC.

Dr. Anthony Fauci, director of the National Institute of Allergy and Infectious Diseases, explained that federal agencies are taking a three-pronged approach to respond to the novel coronavirus: developing and improving diagnostic tests, investigating experimental antiviral drugs, and working to develop a vaccine.

He said if it turns out that the virus can spread from someone who is not showing any symptoms, there would be some changes in the public health response. Similar coronaviruses from past outbreaks — severe acute respiratory syndrome and Middle East respiratory syndrome — did not spread in the absence of symptoms, but that doesn't mean the new one will behave the same way. Viruses such as measles and influenza can be spread from people who aren't showing signs of disease.