Accessibility links
2020 Elections And Health Care: What's At Stake : Shots - Health News With the Iowa caucuses and first primaries just weeks away, many voters say they're still confused about how presidential candidates differ on health care. Here's a guide to key issues and terms. 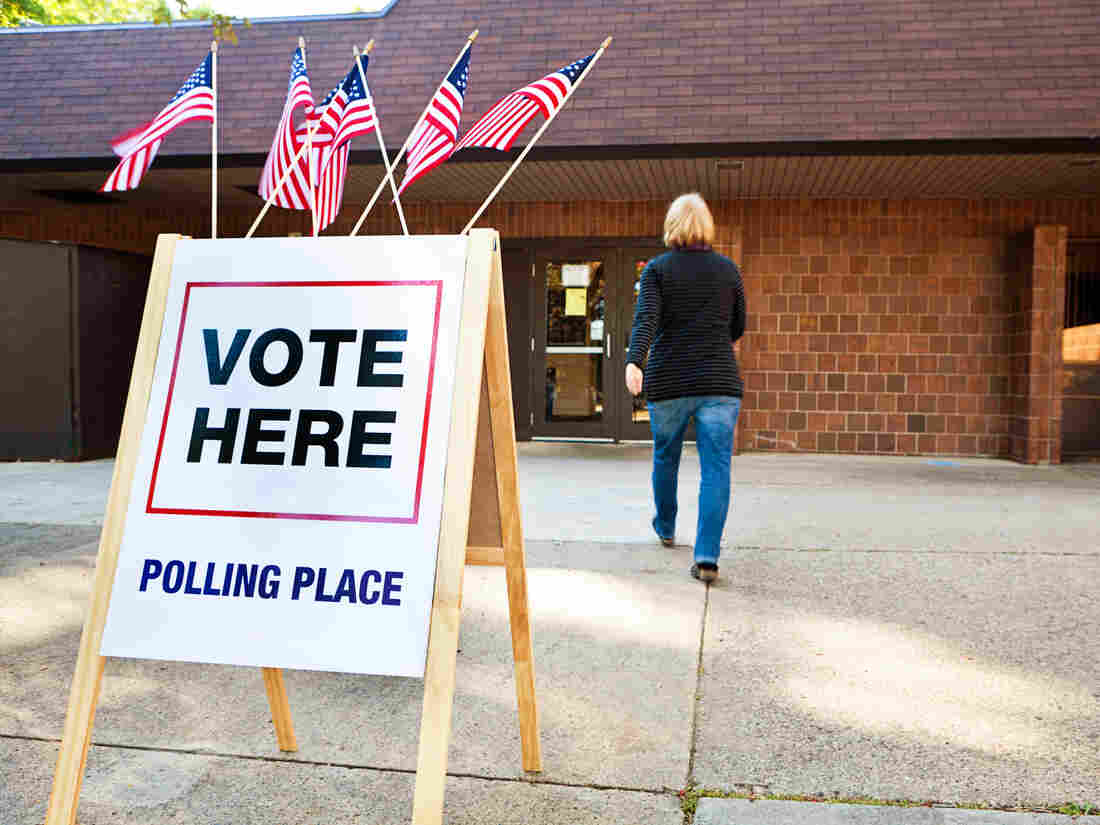 Overall, U.S. health spending is more than twice the average of other Western nations, and it's not just a matter of high drug prices. No wonder voters list health and the high price of care as one of their major election concerns as they head to the polls. YinYang/Getty Images hide caption 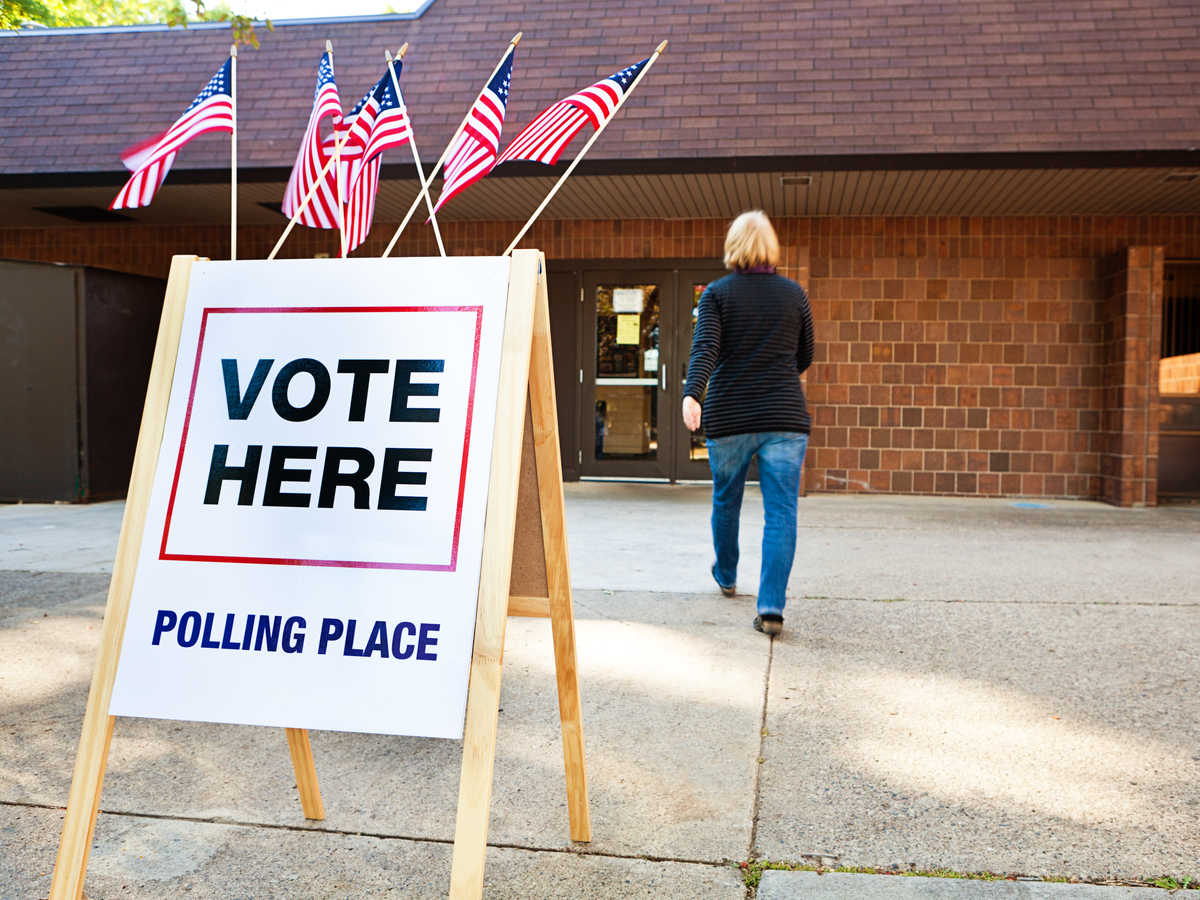 Overall, U.S. health spending is more than twice the average of other Western nations, and it's not just a matter of high drug prices. No wonder voters list health and the high price of care as one of their major election concerns as they head to the polls.

Health care has been a leading issue in the presidential campaign over the past year, as Democratic candidates have clashed with each other, and especially with President Trump. But voters, who tell pollsters that health is among their top concerns, also complain that the health debate has been confusing and hard to follow.

With voting about to begin in many states, here's a guide to some key health care terms, issues and policy differences at play.

Universal coverage, "Medicare for All" and single-payer are not the same thing

Universal coverage is any method of ensuring that all of a nation's residents have health insurance. Other countries do it in various ways: through public programs, private programs or a combination.

Medicare for All? A Public Option? Health Care Terms, Explained

A single-payer system is one in which a single entity, usually but not always a government, pays for needed health care services. Single-payer is not the same as socialized medicine. The latter generally refers to a system in which the government pays all the bills, owns the health facilities and employs the health professionals who work there. In a single-payer system, such as Medicare in the U.S., the bills are paid by the government but the delivery system remains mostly private.

Medicare for All is a proposal that was originally developed in the late 1980s. Building on the popularity of the Medicare program for senior citizens, the idea was to extend that program to the entire population. However, since Medicare's benefits have fallen behind those of many private insurance plans, the later iterations of Medicare for All would create an entirely new, and very generous, program for all Americans.

While Democrats fight over how best to cover more people with insurance, the majority of Americans already have coverage and are much more worried about the cost, according to polls. A recent survey of voters in three states with early contests — Iowa, South Carolina and New Hampshire — found voters in all three ranked concerns about high out-of-pocket costs far ahead of concerns about insurance coverage itself.

'It's the prices, stupid'

There's a good reason voters are so concerned about what they are being asked to pay for medical services. U.S. health spending is dramatically higher than that of other industrialized nations. In 2016 the U.S. spent 25% more per person than the next highest-spending country, Switzerland. Overall, U.S. health spending is more than twice the average of other Western nations.

But that's not because Americans use more health services than citizens of other developed nations. We just pay more for the services we use.

In other words, as the late health economist Uwe Reinhardt and colleagues quipped in 2003: "It's the Prices, Stupid." A subsequent study published by the team last year confirmed that is still the case. "Because the differential between what the public and private sectors pay for medical services has grown significantly in the past fifteen years, U.S. policy makers should focus on prices in the private sector," the researchers say.

To listen to many of the candidates' messages, it may seem drug companies and health insurers are together responsible for most — if not all — of the high health spending in the U.S.

"The giant pharmaceutical and health insurance lobbies have spent billions of dollars over the past decades to ensure that their profits come before the health of the American people," Sen. Bernie Sanders says on his presidential campaign website. "We must defeat them, together."

Most insurance spending, though, actually goes for care delivered by doctors and hospitals. And some of their practices are far more gouging to patients than high prices charged by drugmakers or administrative costs added by insurance companies.

Wall Street firms that have bought physician groups are helping block a legislative solution to "surprise bills" — the often huge charges faced by patients who inadvertently get care outside their insurance network. And hospitals around the country are being called out by the news media for suing their patients over bills almost no patient can afford.

To the extent health has been addressed in the presidential race, stories have mostly been about disagreements among Democrats: Some want Medicare for All, while others are pushing for less sweeping change — often described as a "public option" that would allow but not require people to purchase a government health plan.

However, there are much bigger divides between Democrats and Republicans. Democrats nearly all support a larger role for government in health care; they just disagree on how much larger it should be.

Meanwhile, Republicans generally want to see less government and more market forces brought to bear. The Trump administration has already either implemented or proposed a variety of ways to decrease regulation of private insurance and is weighing whether to allow states to effectively cap the amount of money they spend on Medicaid patients.

And in the biggest difference of all for the coming election, the Trump administration and a group of GOP-led states are, again, challenging the entire Affordable Care Act in court, arguing that it is unconstitutional.

The Supreme Court has opted not to decide the case ahead of the 2020 election, but it is likely to continue to be a major issue in the campaign.

There are important health issues beyond insurance coverage and costs

While Medicare for All and drug prices have dominated the political debate recently, other critical health issues have received far less attention.

Some candidates have talked about how to best provide and pay for long-term care, which will become a growing need as baby boomers swell the ranks of the "oldest old." Several have addressed mental health and addiction issues, a continuing public health crisis. And a few have laid out plans for the special needs of Americans in rural areas and those with disabilities.