Accessibility links
A Huge Medical Bill Inflicts Pain Long After The Emergency Appendectomy : Shots - Health News A young man averted disaster after a friend took him to the nearest hospital just before his appendix burst. But more than a year later, he's still facing a huge bill for his out-of-network surgery. 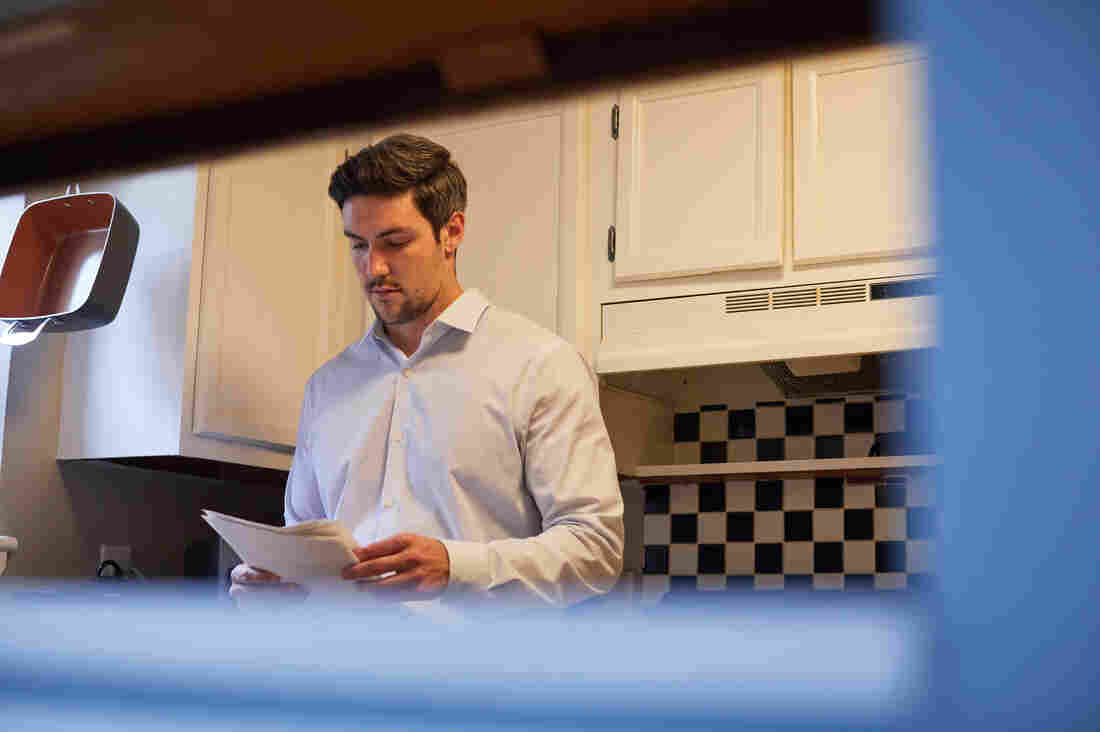 Joshua Bates, a technical recruiter for a staffing firm, who lives in Charlotte, N.C., was "balance billed" by an out-of-network hospital after an emergency appendectomy. Logan Cyrus for KHN hide caption 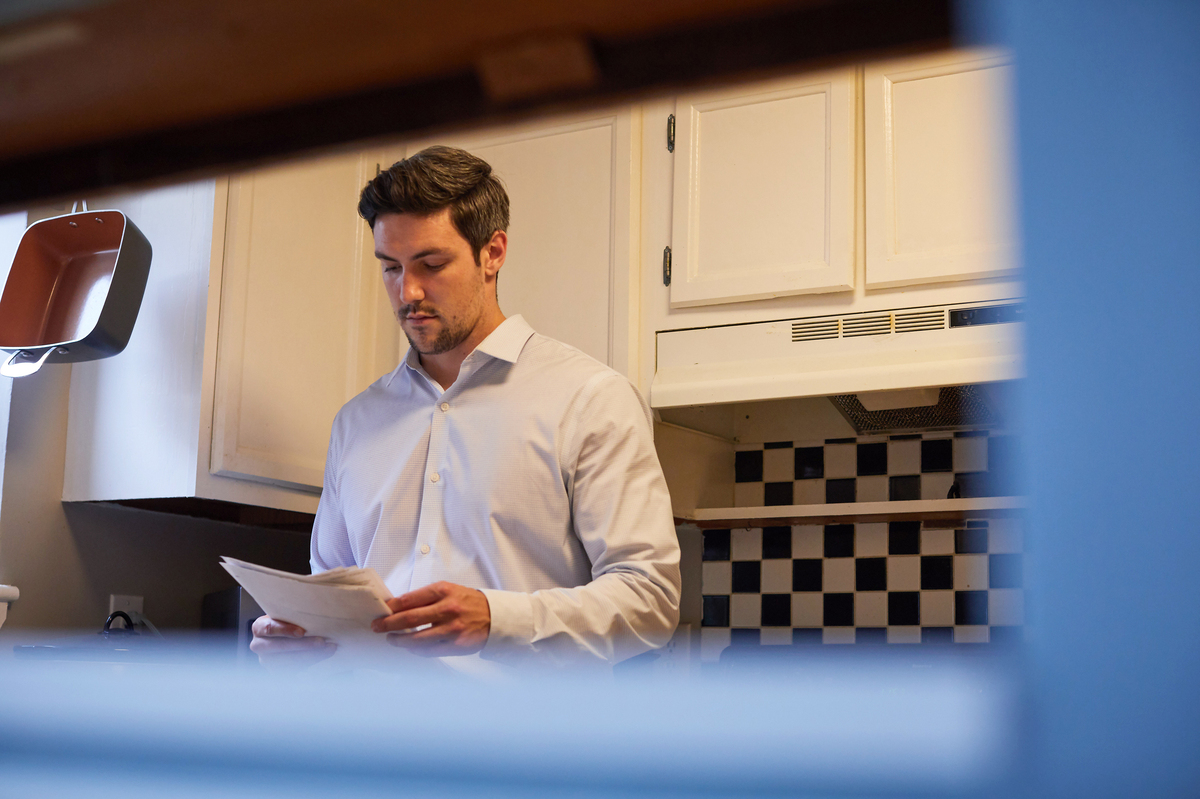 Joshua Bates, a technical recruiter for a staffing firm, who lives in Charlotte, N.C., was "balance billed" by an out-of-network hospital after an emergency appendectomy.

Joshua Bates knew something was seriously wrong. He had a high fever, could barely move and felt a sharp pain in his stomach every time he coughed.

The 28-year-old called his roommate, who rushed home that day in July 2018. The pair drove to the nearest emergency room, the Carolinas Medical Center in Charlotte, N.C.

After several tests, including a CT scan of his abdomen, the emergency team determined that Bates had acute appendicitis.

"They said my appendix was minutes away from rupturing," Bates said.

Not mentioned, he said, was that the hospital was out of network with the insurance plan provided through his job. Even so, he couldn't have jumped up and gone elsewhere. His appendix was about to burst.

He had surgery that night, which went smoothly, and went home the next day.

"Everything seemed according to plan," said Bates.

Patient: Joshua Bates, a technical recruiter for a staffing firm, who lives in Charlotte, N.C. The Continental Benefits insurance plan comes with a deductible of $2,000 and an annual out-of-pocket maximum of $6,350.

Total bill: $41,212 covering the surgery, one night at the hospital and the emergency room charges. After payments by both Bates and his insurer, the hospital sent Bates a bill for the balance, just over $28,000.

What gives: Bates was "balance billed" because he went to an out-of-network hospital — and even though it was an emergency, he fell through the limited protections in existing law.

"Terrifying," is how Bates describes the feeling he had when he first saw the bill for $28,000. Don't worry, his insurer told him — it would negotiate with the hospital.

"If you pay your complete deductible, this will all go away," Bates recalled the insurer saying. "I pay. It doesn't get resolved."

More than a year later, negotiations between the hospital and his insurer were at a standstill. With his credit score falling because the $28,000 debt had gone to collections, a frustrated Bates contacted the Bill of the Month team.

"From what my insurance is telling me, the hospital is just nonresponsive to them trying to negotiate this price," he said.

His situation is not unusual. A recent study found that about 18% of emergency room visits have at least one such charge for out-of-network care.

A balance bill is the difference between what insurers pay toward a bill and a provider's "list charges," which facilities set themselves and which often bear little or no relationship to actual costs.

In Bates' case, the insurer paid $8,944 toward the $41,212 in charges, according to his explanation of benefits from his insurer. On top of that, Bates paid the hospital about $4,000, a combination of his annual deductible and his coinsurance for emergency care. That left $28,295 of the hospital's charges unpaid.

The online site Healthcare Bluebook, which calculates costs based on health insurers' claims data, estimates that a laparoscopic appendectomy (the type that Bates had) ranges from $9,678 to more than $30,000 in Bates' ZIP code. The "fair price" it suggests for the surgery is a little over $12,000 — completely in the ballpark of the $12,944 that Bates and his insurer already paid the hospital. Fair Health, another site that collects claims data, estimates total costs for an out-of-network appendectomy at $19,292 — about $11,000 less than the hospital says Bates still owes. 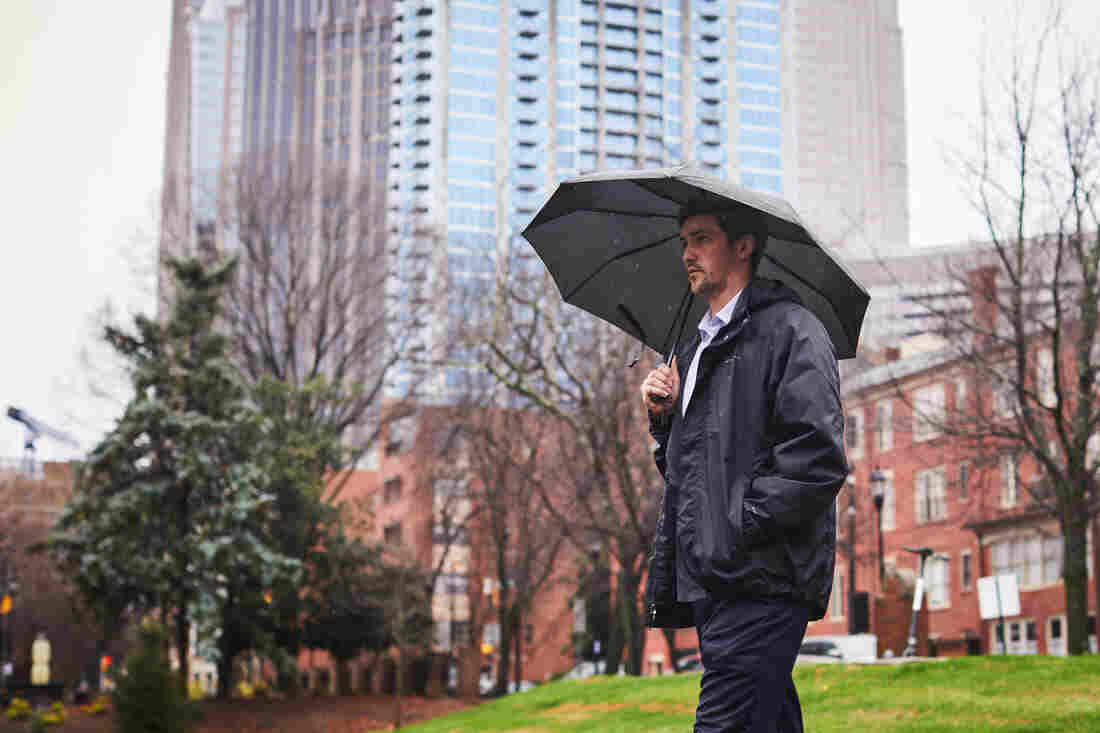 Joshua Bates said it was "terrifying" to see a bill for $28,000 for his emergency appendectomy, even though he had health insurance through his employer. Logan Cyrus for KHN hide caption 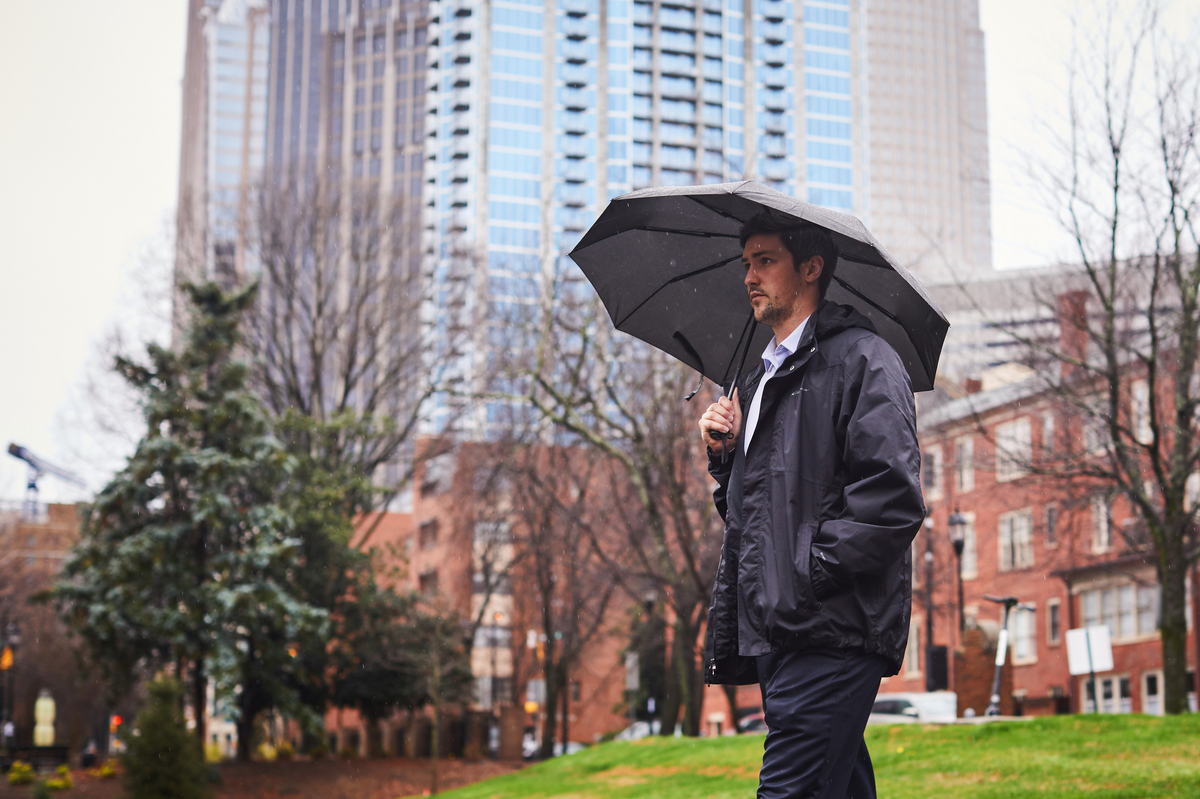 Joshua Bates said it was "terrifying" to see a bill for $28,000 for his emergency appendectomy, even though he had health insurance through his employer.

"It's ridiculous. He's a young kid who goes to the emergency room and he has insurance," said Duane Sunby, the insurance broker for Bates' employer.

Sunby added that Continental's payment to the hospital was nearly 2 1/2 times more than Medicare would have paid for similar services, but the facility is going after Bates for more than seven times what the federal government would pay. A growing outcry about such balance bills has attracted attention from statehouses and Congress, but current protections for patients often fall short.

Congress last year debated several bills that would have provided federal protection nationwide, especially for emergency room patients. But bipartisan efforts stalled late in the year following intense lobbying by providers, including private equity-backed physician groups, over how to calculate what insurers should pay providers.

Bates is the kind of person who would be helped by a federal law, because his employer "self-funds" his insurance plan — all such plans are regulated by the federal government.

In the absence of federal rules, about 21 states have taken action, although a study from policy experts at Georgetown University's Health Policy Institute cites only nine as having comprehensive protections.

North Carolina, where Bates lives, has partial protections for people in state-regulated plans, according to the study. It limits, for example, the amount patients owe in out-of-network emergency cases. But the state law doesn't cover Bates' type of job-based insurance.

"We really need a federal solution," said Maanasa Kona, an assistant research professor at the Center on Health Insurance Reforms at Georgetown.

Bates' insurer brought in a third-party firm called Advanced Medical Pricing Solutions, which examined his bill and called the $28,000 "excessive charges." The company sought in September an adjustment or an explanation of the charges.

That move came not long after Bates received a "final" payment notice from a collections group connected with the hospital. A credit reporting agency "told me it would continue to impact my credit score," said Bates. He said that his score had dropped almost 200 points and that this change meant he'd had to put his plans to buy a house on hold.

Resolution: After Kaiser Health News inquired about his bill with the hospital, the insurer and Advanced Medical Pricing Solutions, Bates received a call from a top executive at the Carolinas Medical Center.

"He seemed really eager to help me out," said Bates, "which is crazy after two years of reaching out and trying to communicate with them. They call shortly after they catch wind of the story."

However, in an email to KHN, a spokesperson for Atrium Health, the hospital's parent company, essentially pointed to the insurer for a solution.

"We believe it is imperative that insurance companies cover the costs for patients who are unable to choose where they are treated due to a medical emergency," wrote Dan Fogleman. "We continue to be willing to work with this patient to pursue any additional payments that may be due to them from the insurer."

Continental Benefits CEO Betsy Knorr declined to comment: "It is a legal issue at this point, and we do not want to prejudice the process."

Insurance plans' yearly out-of-pocket maximums apply only if you stay in network.

So, if possible, check ahead of time to see if your hospital is in your plan's network — and the network status of anyone who might be involved with your care.

Sometimes that isn't possible, as in Bates' case. What then?

If you get a balance bill after your insurer has paid the provider, check state laws and check with your state's insurance regulators to see what protections you may have, said Kona, particularly if your bill resulted from an emergency room visit.

Ask your insurer or employer to pay the bill or to negotiate a discount with the provider, said Mark Hall, a law professor at Wake Forest University who studies contract law and medical billing issues.

Check online claims-data websites, such as Healthcare Bluebook and Fair Health, to research what insurers pay for similar care in your area. Use that price range in negotiations about what you may owe.

Even if your employer plan is exempt from state laws limiting patient responsibility for out-of-network emergency care, ask the provider to honor that benefit. They don't have to agree, but it can be worth a shot.

Hall also said patients may be able to hire a lawyer and go to court challenging whether the amount being charged is reasonable, although that could be costly and success is not guaranteed.

A previous Web version of this story incorrectly stated that Atrium Health is a for-profit health system. It is a nonprofit.