Accessibility links
Coronavirus: 1st Person-To-Person Spread Has Occurred In U.S., CDC Says : Shots - Health News A woman who had recently traveled to China passed the respiratory virus on to her husband when she returned to Chicago, CDC Director Dr. Robert Redfield said. 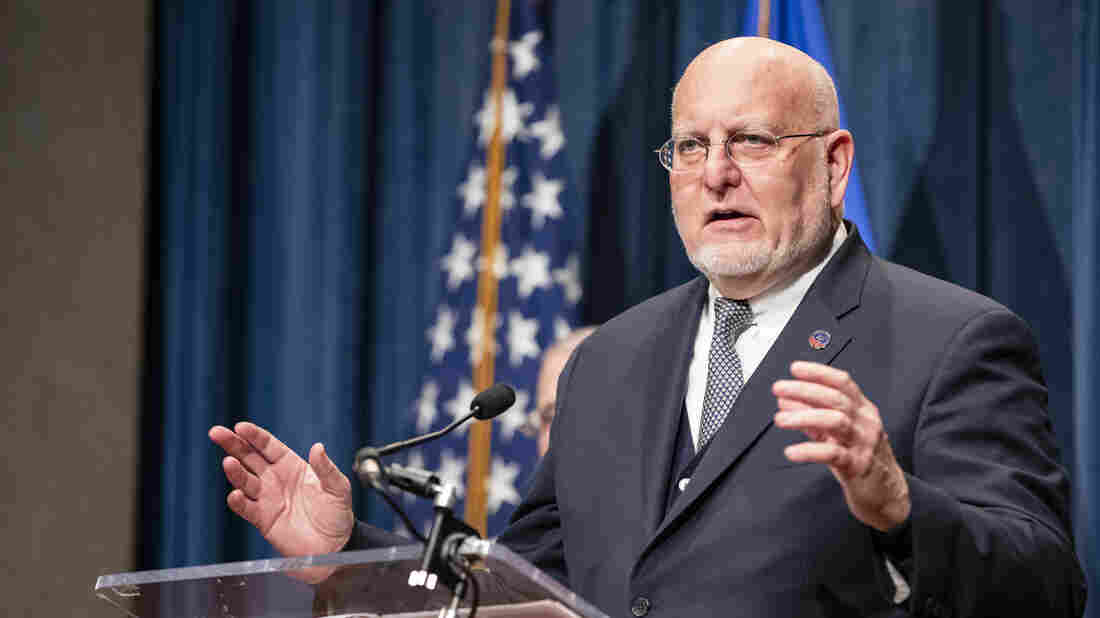 Dr. Robert Redfield, director of the Centers for Disease Control and Prevention, speaks at a news conference Tuesday at the Department of Health and Human Services. Samuel Corum/Getty Images hide caption 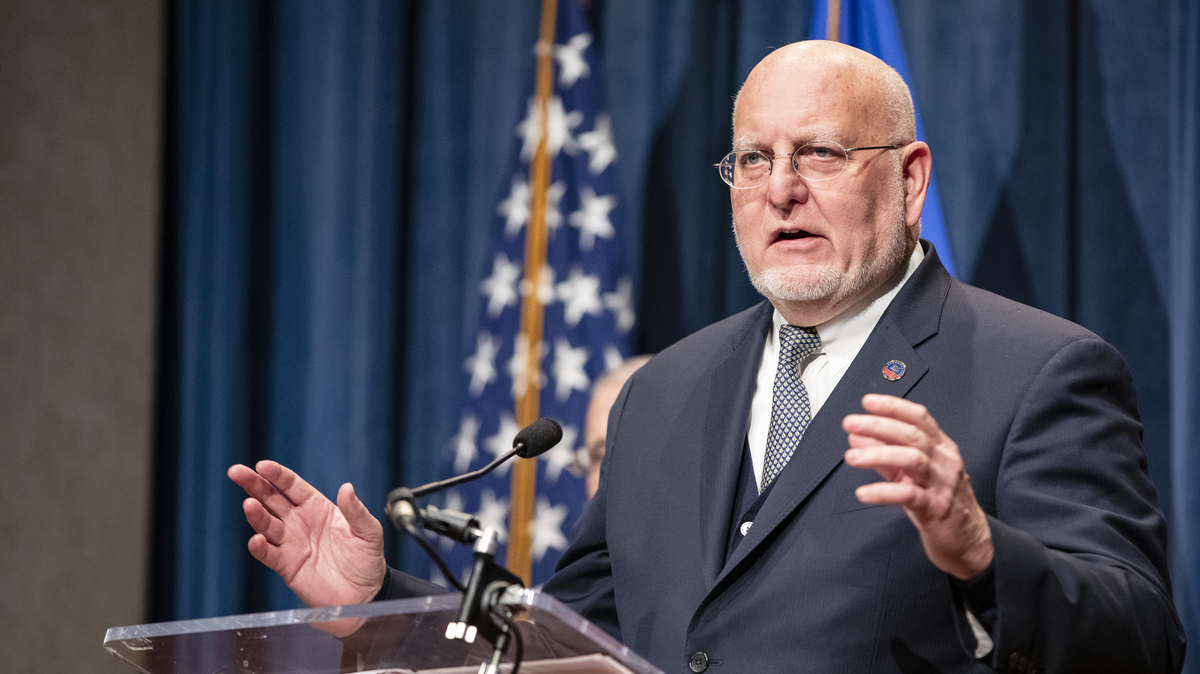 Dr. Robert Redfield, director of the Centers for Disease Control and Prevention, speaks at a news conference Tuesday at the Department of Health and Human Services.

The first human-to-human transmission of the deadly Wuhan coronavirus has occurred in the U.S., the Centers for Disease Control and Prevention announced Thursday.

The respiratory virus was spread from a woman who had recently traveled in China to her husband when she returned to Chicago, CDC Director Dr. Robert Redfield said at a press briefing.

It's the sixth confirmed case of the new coronavirus, or 2019-nCoV, in the U.S.

In addition to the Illinois cases, two have been confirmed in California, one in Arizona and one in Washington state. Worldwide, the Wuhan coronavirus has spread to at least 20 countries since it was identified last month, the CDC says.

Illinois health officials are investigating 21 other possible cases in the state. Overall, Redfield noted, "the immediate risk to the American public is low."

The CDC says the relatively few people who have been identified as close contacts of people with confirmed coronavirus infections should follow the guidance of their doctors and health departments.

The agency is investigating 92 other possible cases across the country. An additional 68 were investigated and tested negative.

Ngozi Ezike, director of the Illinois Department of Public Health, explained that this person-to-person transmission was "between two very close contacts, a wife and a husband."

She emphasized that the risk to the public in Illinois remains low. "The virus is not spreading widely across the community," she said.

Globally, there are more than 7,800 confirmed cases of infection with the virus. Person-to-person spread had already been observed in other countries, said Nancy Messonnier, the director of the CDC's National Center for Immunization and Respiratory Diseases.

"This is a very serious public health situation," she said. "CDC and our state and local health partners are working to prevent community transmission from happening here."

Coronavirus Has Now Spread To All Regions Of Mainland China

"Moving forward, we can expect to see more cases, and more cases means the potential for more person-to-person spread," she said. "We're trying to strike a balance in our response right now. We want to lean forward and to be aggressive but we want our actions to be evidence-based and appropriate to the current circumstance."

The CDC says members of the public do not need to wear masks out of concern for the coronavirus.

To reduce the chance of spreading any respiratory illness, the CDC recommends that people take simple steps such as washing hands with soap and water for at least 20 seconds and avoiding close contact with anyone who is sick.

People returning from Wuhan and other areas of high-risk in China should be vigilant for signs of illness, including fever and cough, according to the CDC. Those people should call their health care provider if symptoms do develop.

Richard Harris contributed to this report.