Accessibility links
Big Firm That Staffs ERs At Public Hospitals Has Been Suing Poor Patients : Shots - Health News The firm that staffed the emergency room with doctors at Nashville General Hospital was taking more patients to court for unpaid medical bills than any other hospital or practice in the city. 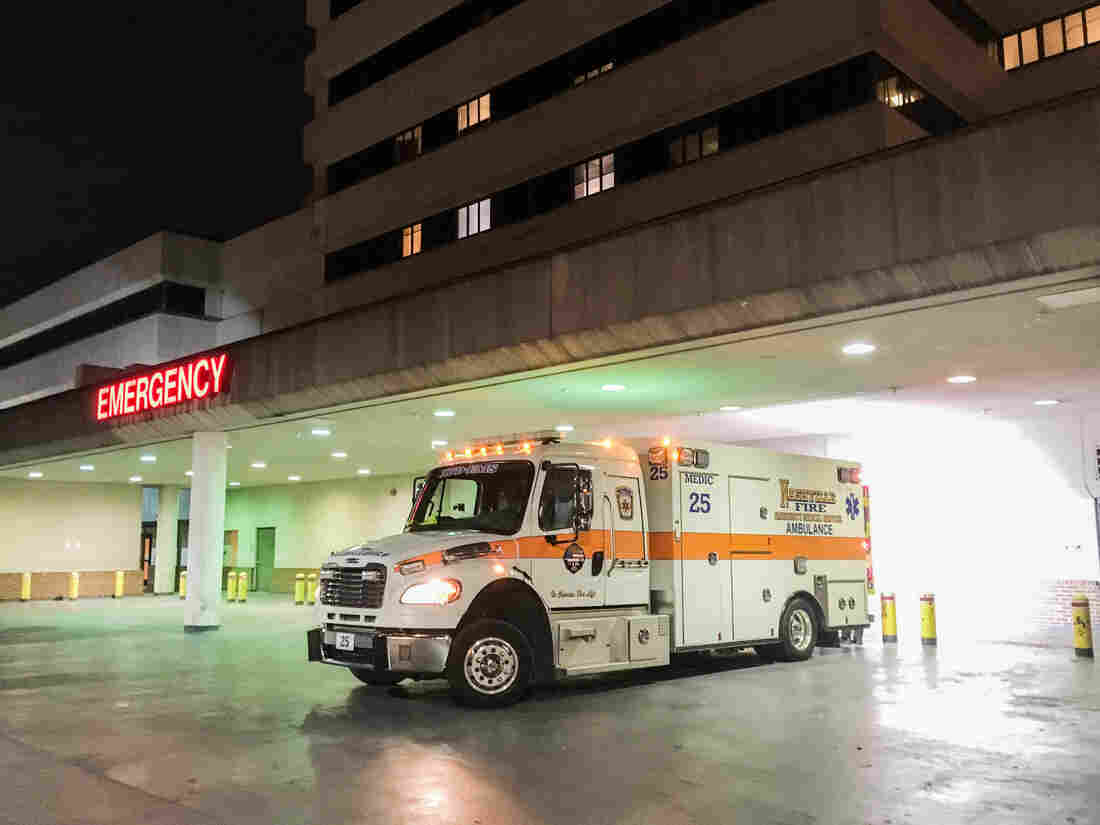 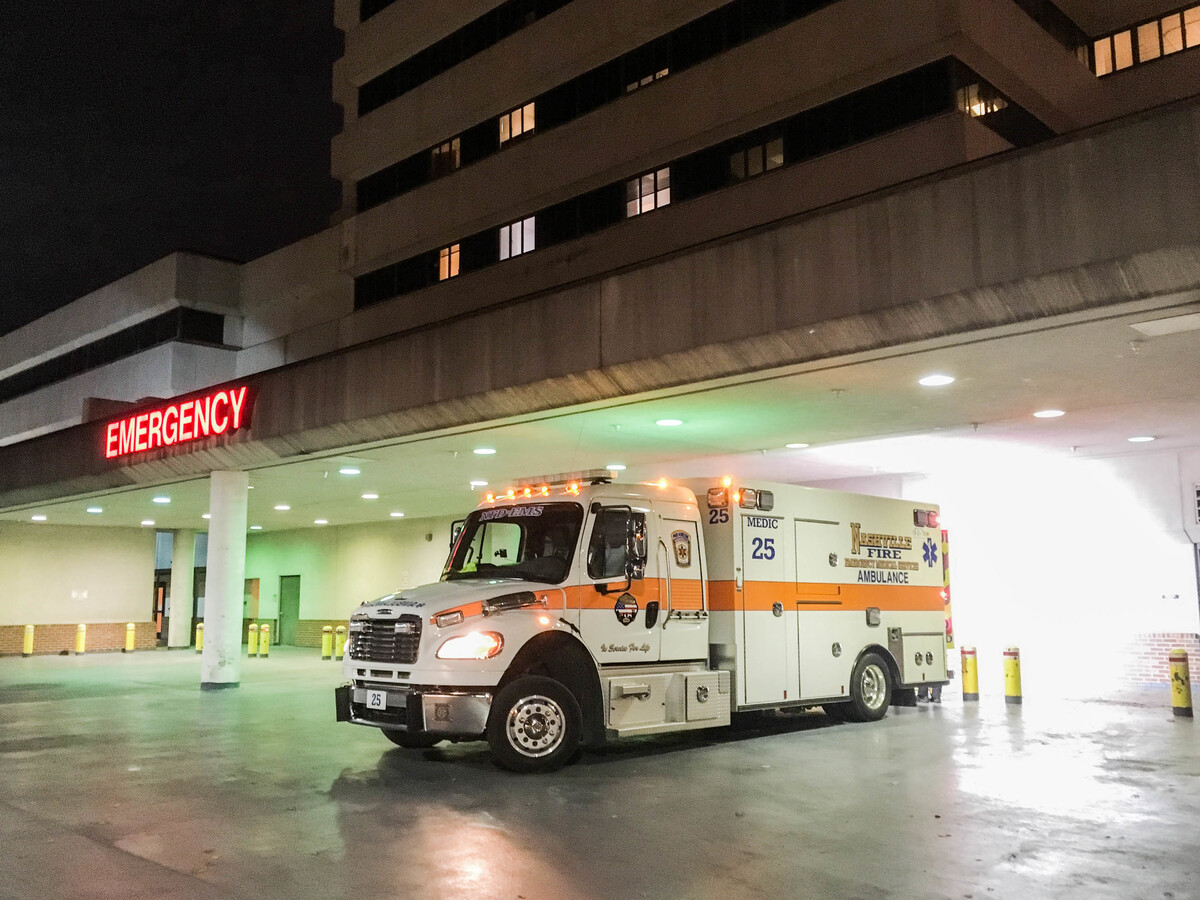 Until very recently, the separate company that runs the emergency department at Nashville General Hospital was continuing to haul patients who couldn't pay medical bills into court.

Nashville General Hospital is a safety net facility funded by the city. For a patient without insurance, this is supposed to be the best place to go in a city with many hospitals. But for those who are uninsured, it may have been the worst choice in 2019.

Its emergency room was taking more patients to court for unpaid medical bills than any other hospital or practice in town. A WPLN investigation finds the physician-staffing firm that runs the ER sued 700 patients in Davidson County during 2019.

They include patients such as Sonya Johnson, a 52-year-old social worker and single mother.

By juggling her care between a nonprofit clinic and Nashville General, Johnson had figured out how to manage her health problems, even though she was, until recently, uninsured. In 2018, she went in to see her doctor, who charges patients on a sliding scale. Her tongue was swollen and she was feeling weak. The diagnosis? She was severely anemic.

"He called me back that Halloween day and said, 'I need you to get to the emergency [room], stat — and they're waiting on you when you get there,' " she recalls.

Nashville General kept her overnight and gave her a blood transfusion. They wanted to keep her a second night — but she was worried about the mounting cost, so asked to be sent home.

Staying overnight even the one night meant she was admitted to the hospital itself, and the bill for that part of her care wasn't so bad, Johnson says. The institution's financial counselors offered a 75% discount, because of her strained finances and because her job didn't offer health insurance at the time.

But emergency rooms are often run by an entirely separate entity. In Nashville General's case, the proprietor was a company called Southeastern Emergency Physicians. And that's the name on a bill that showed up in Johnson's mailbox months later for $2,700.

"How in the world can I pay this company, when I couldn't even pay for health care [insurance]?" Johnson asks. 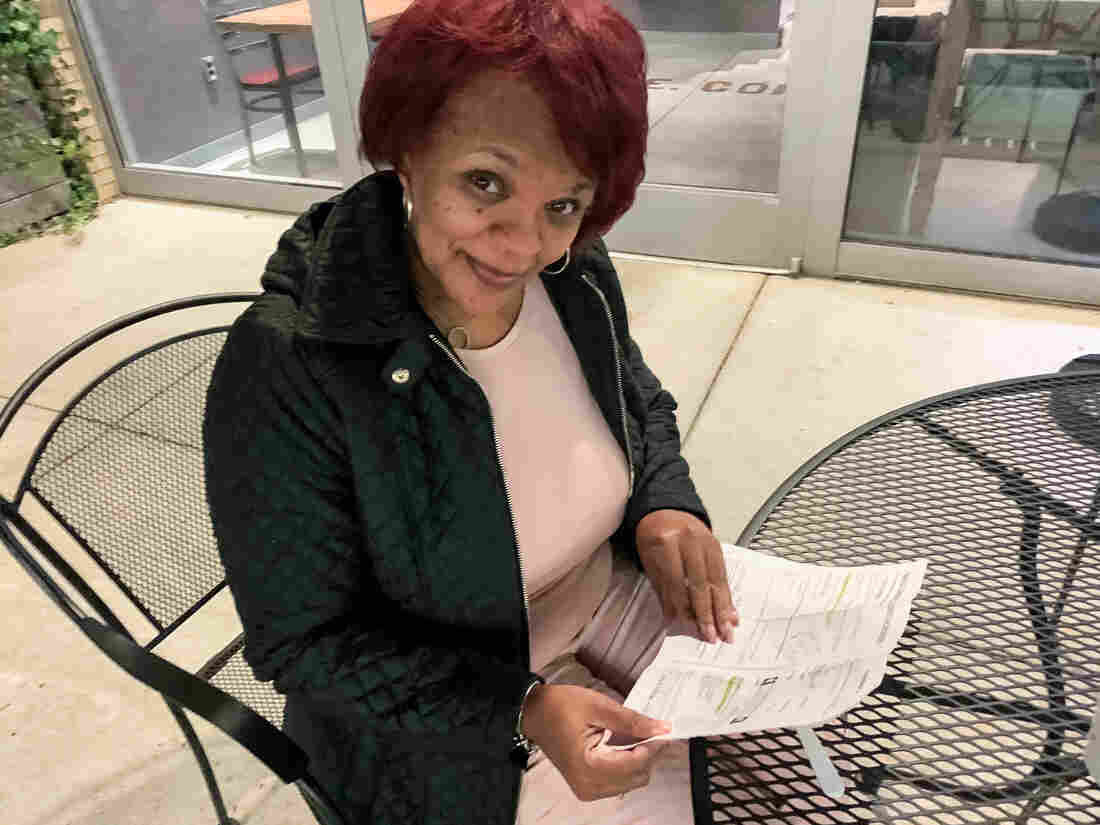 Social worker Sonya Johnson received a civil warrant to appear in court when the company that runs Nashville General Hospital's emergency room threatened to sue her over a $2,700 ER bill — long after she'd already negotiated a reduced payment schedule for the rest of her hospital stay. Blake Farmer/WPLN hide caption 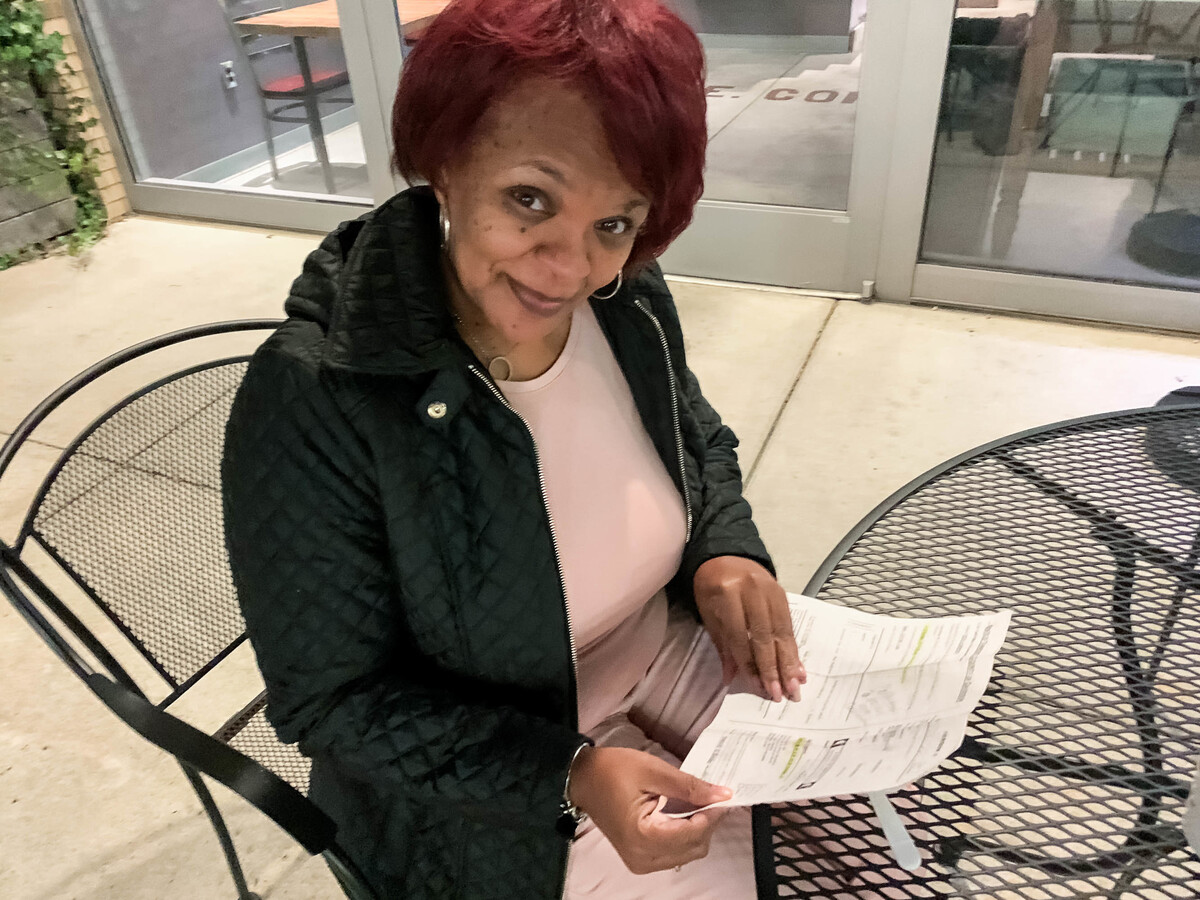 Social worker Sonya Johnson received a civil warrant to appear in court when the company that runs Nashville General Hospital's emergency room threatened to sue her over a $2,700 ER bill — long after she'd already negotiated a reduced payment schedule for the rest of her hospital stay.

Johnson didn't recognize the name of the physician practice. A Google search doesn't help much. There's no particular website, though a list of Web pages that do turn up in such a search suggest the company staffs a number of emergency departments in the region.

Johnson says she tried calling the number listed on her bill to see if she could get the same charity-care discount the hospital gave her, but she could only leave messages.

And then came a knock at her apartment door over the summer. It was a Davidson County sheriff's deputy with a summons requiring Johnson to appear in court.

Being sued over medical debt can be a big deal because it means the business can get a court-ordered judgment to garnish the patient's wages, taking money directly from their paycheck. The strategy is meant to make sure patients don't blow off their medical debts. But this is not good for the health of people who are uninsured, says Bruce Naremore, the chief financial officer at Nashville General.

"When patients owe money, and they feel like they're being dunned all the time, they don't come back to the hospital to get what they might need," he says.

Under Naremore's direction in the past few years, Nashville General had stopped suing patients for hospital fees. He says it was rarely worth the court costs.

But Southeastern Emergency Physicians — which, since 2016, has been contracted by the hospital to run and staff its emergency department — went the other way, filing more lawsuits against patients than ever in 2019.

Naremore says the decision on whether to sue over emergency care falls to the company that staffs the ER, not Nashville General Hospital.

"It's a private entity that runs the emergency room, and it's the cost of doing business," he says. "If I restrict them from collecting dollars, then my cost is going to very likely go up, or I'm going to have to find another provider to do it."

This is a common refrain, says Robert Goff. He's a retired hospital executive and board member of RIP Medical Debt. The nonprofit helps patients who are trapped under a mountain of medical bills, which are the No. 1 cause of personal bankruptcy.

"So the hospital sits there and says, 'Not my problem.' That's irresponsible in every sense of the word," Goff says.

The practice of suing patients isn't new for Southeastern Emergency Physicians or its parent company, Knoxville-based TeamHealth. But such lawsuits have picked up in recent years, even as the company has stopped its practice of balance billing patients.

TeamHealth is one of the two dominant ER staffing firms in the nation, running nearly 1 in 10 emergency departments in the United States. And its strategy of taking patients to court ramped up after it was purchased by the private equity giant Blackstone, according to an investigation by the journalism project MLK50 in Memphis.

Under pressure from journalists, TeamHealth ultimately pledged to stop suing patients and to offer generous discounts to uninsured patients.

Officials from TeamHealth declined WPLN's request for an interview to answer questions about how widespread its practice of suing patients for ER doctors' services and fees has been.

"We will work with patients on a case by case basis to reach a resolution," TeamHealth said in an email.

According to court records obtained by WPLN, the firm filed about 700 lawsuits against patients in Nashville in 2019. That's up from 120 in 2018 and just seven in 2017. Its only contract in the city is with Nashville General's ER, and the patients reached by WPLN say they were uninsured when they were sued.

What's surprising to Mandy Pellegrin, who has been researching medical billing in Tennessee at the nonpartisan Sycamore Institute, is that it was all happening at Nashville General — where treating uninsured patients is part of the hospital's mission.

"It is curious that a company that works for a hospital like that might resort to those sorts of actions," Pellegrin says.

As for Sonya Johnson — she eventually went to court and worked out a payment plan of $70 a month over three years.

And now TeamHealth tells WPLN that its intent is to drop pending cases.

"We will not file additional cases naming patients as defendants and will not seek further judgments," a TeamHealth spokesperson says in an emailed statement. "Our intent is not to have these pending cases proceed. We're working as expeditiously as possible on resolving individual outstanding cases."

Johnson says she's been told that the lawsuit Southeastern Emergency Physicians filed against her will be dropped — but that she still owes the $2,700 bill.