Accessibility links
Antibody Test For COVID-19 Virus Would Help Solve Clinical Mysteries : Shots - Health News Researchers in Asia are using a blood test that identifies people who have previously been exposed to the new coronavirus. In the U.S., that kind of test isn't yet available. 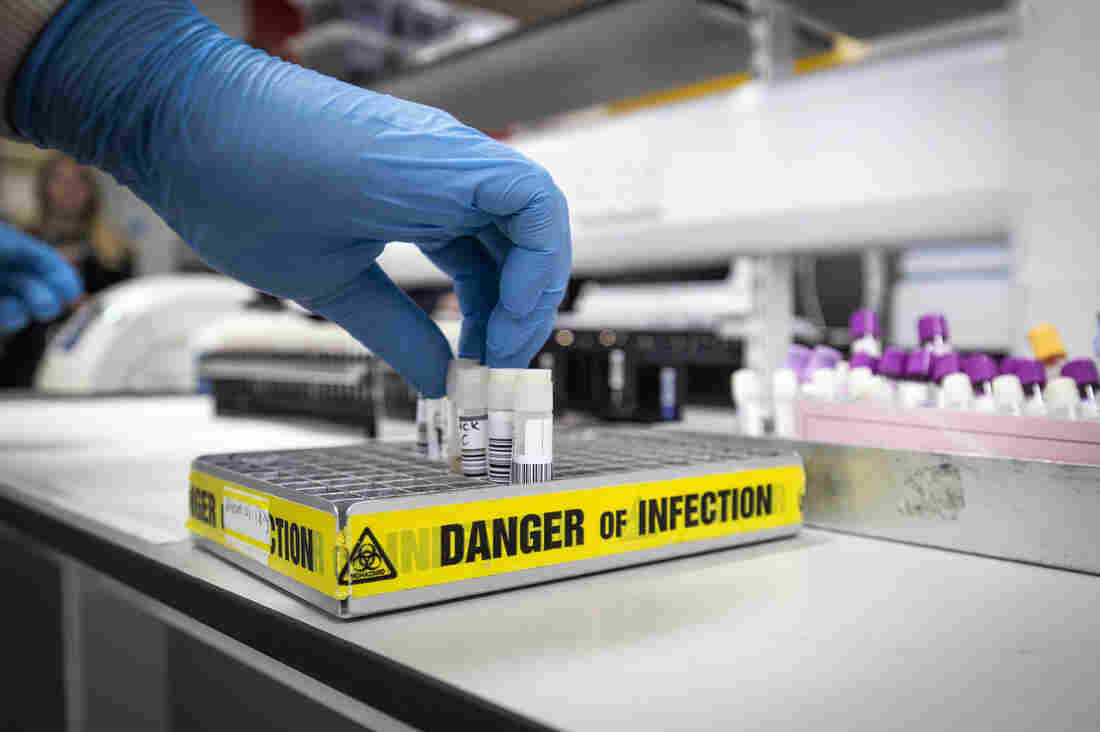 The most common test for coronavirus infections checks for the virus' genetic material. A blood test that, instead, measures antibodies against the virus could give doctors and researchers more information. Jane Barlow /WPA Pool/Getty Images hide caption 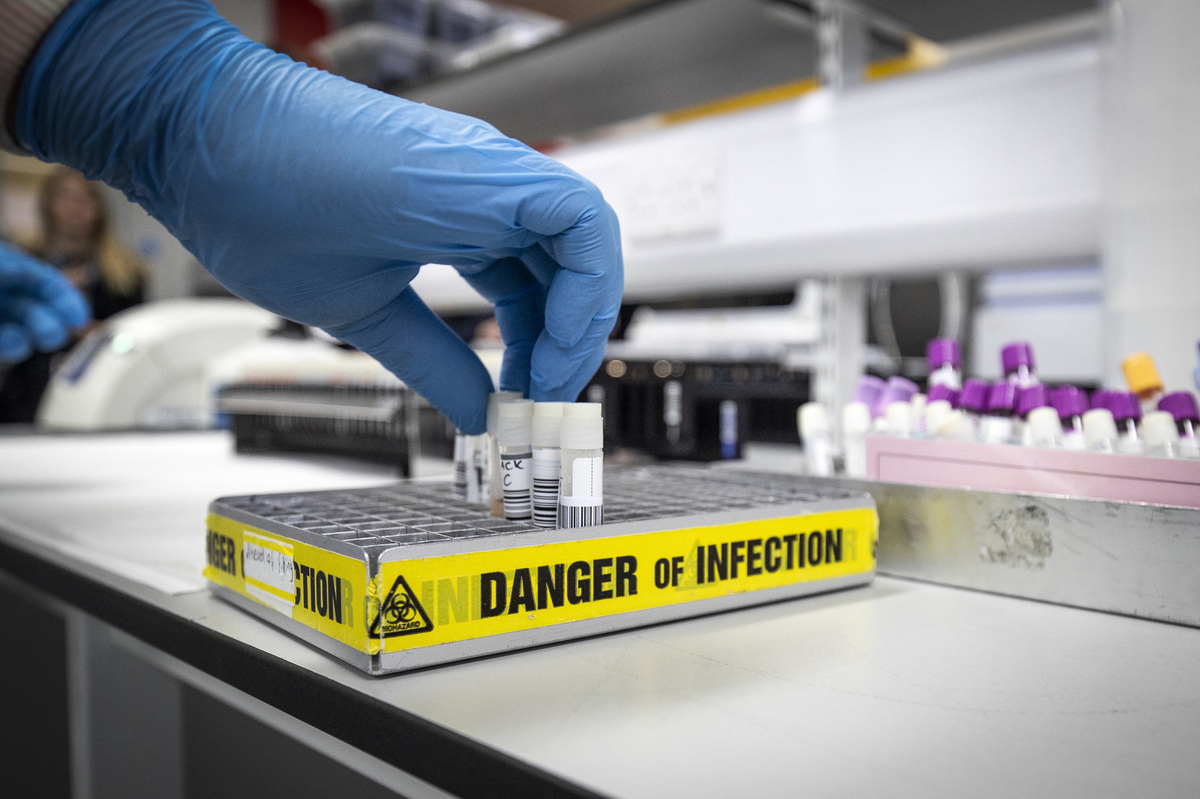 The most common test for coronavirus infections checks for the virus' genetic material. A blood test that, instead, measures antibodies against the virus could give doctors and researchers more information.

As the coronavirus spreads more widely around the globe, scientists are starting to use a powerful new tool: a blood test that identifies people who have previously been exposed to the virus. This kind of test is still under development in the United States, but it has been rolled out for use in Singapore and China.

The current lab test used in the United States identifies people who are currently spreading the virus that causes COVID-19. That's crucial information, but that test doesn't reveal who had previously been infected. That's important too for understanding the unfolding epidemic.

The other test, used widely in science and medicine, detects antibodies that people produce after they've become infected with a bacterium or virus. Those antibodies can appear in the blood one to three weeks after infection, and they're part of the immune system's response to infection.

The antibody-based tests can identify people who were not known to be infected "either because they never developed symptoms, or they had symptoms that were never correctly diagnosed," says Lauren Ancel Meyers, a biology professor at the University of Texas at Austin.

That means the test can identify silent infections, as well as identifying people who were once sick but have recovered. If it turns out that many people got infected with the novel coronavirus but didn't get sick, that means the virus is less likely to be fatal than it now appears. That's just one insight the test could bring.

"One of the key questions we're grappling with is what's happening with children in this outbreak," Meyers says.

Very few kids globally have ended up in the hospital. Is that because they're not getting infected, or they're getting infected but not getting sick? An answer to that question will help public health officials figure out whether it makes sense to close schools if there's a big outbreak.

The Centers for Disease Control and Prevention is currently developing an antibody test. But it's now playing catch-up with scientists in both Singapore and China, who have produced their own tests and are putting them to use.

"I think that the Chinese laboratories have been amazingly fast," says Dr. Stanley Perlman, a coronavirus scientist at the University of Iowa.

"I haven't seen any publications to show they're validated — and that's of course what you want to know. But I think they are really capable of doing this pretty quickly."

Diagnosis Of Coronavirus Patient In California Was Delayed For Days

Validating the test is critical — otherwise you have no idea how many false findings you're getting. You don't want to flag people who have simply been infected with one of harmless coronaviruses that are already in wide circulation. And you don't want a test that misses a lot of cases either.

Assuming the Chinese test is reliable, scientists there can figure out if these antibodies provide good protection against disease, and how long they persist. People who have been exposed to the virus might only be immune for a matter of months, Perlman says.

"You can imagine if the virus is around in a year and the antibodies wane that maybe someone could be reinfected," Perlman says. "Again, this is speculative. We don't know."

If that turns out to be the case, the world could confront repeated waves of the disease rather than having it concentrated in one particularly bad year.

Because it likely takes the body one to three weeks to produce these antibodies, this test isn't useful for tracking the illness in real time. That means it won't replace the diagnostic test the CDC is currently running, and that is, after a delay due to technical problems, only now being expanded to health labs across the United States.

To understand where the epidemic is going, we need to know where it's been.

For example, "has this virus ever entered the population undetected and been spreading?" asks Andrew Pekosz, a biologist at the Johns Hopkins Bloomberg School of Public Health. If in previous instances it induced only mild disease, "it may not have registered a large enough number of cases to get on the public health radar screen."

Ebola and HIV both turned out to have existed for many years before scientists recognized the diseases those viruses cause. Scientists discovered that by running antibody tests on blood that had been stored long ago.

Pekosz says that because an antibody test for the new coronavirus can answer so many questions, demand for it will be fierce, "so you also have to think of scale of production and making sure that the test that you're doing can be scaled up for widespread use."

Since the federal government has declared a health emergency, the Food and Drug Administration can conduct a speedy review of a new test. But first the agency needs a product it can evaluate.

You can contact NPR Science correspondent Richard Harris at rharris@npr.org.