Accessibility links
Coronavirus: San Antonio Says Evacuees To Leave Quarantine After CDC Changes Protocol : Shots - Health News The Centers for Disease Control and Prevention released a woman from quarantine at Lackland Air Force Base over the weekend; she was later found to be infected with the virus that causes COVID-19. 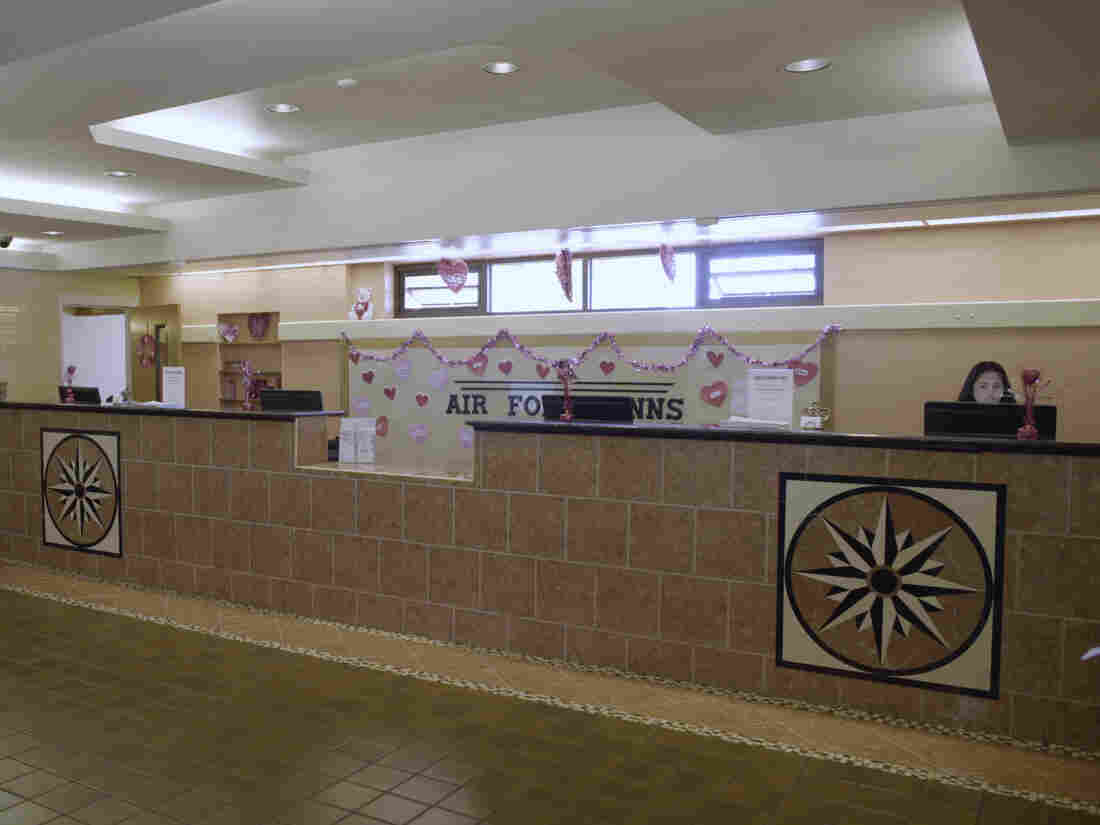 The city of San Antonio had declared an emergency to block the release of more than 120 people, after a person who was released was later found to be infected with the virus. Todd Holly/U.S. Air Force via AP hide caption 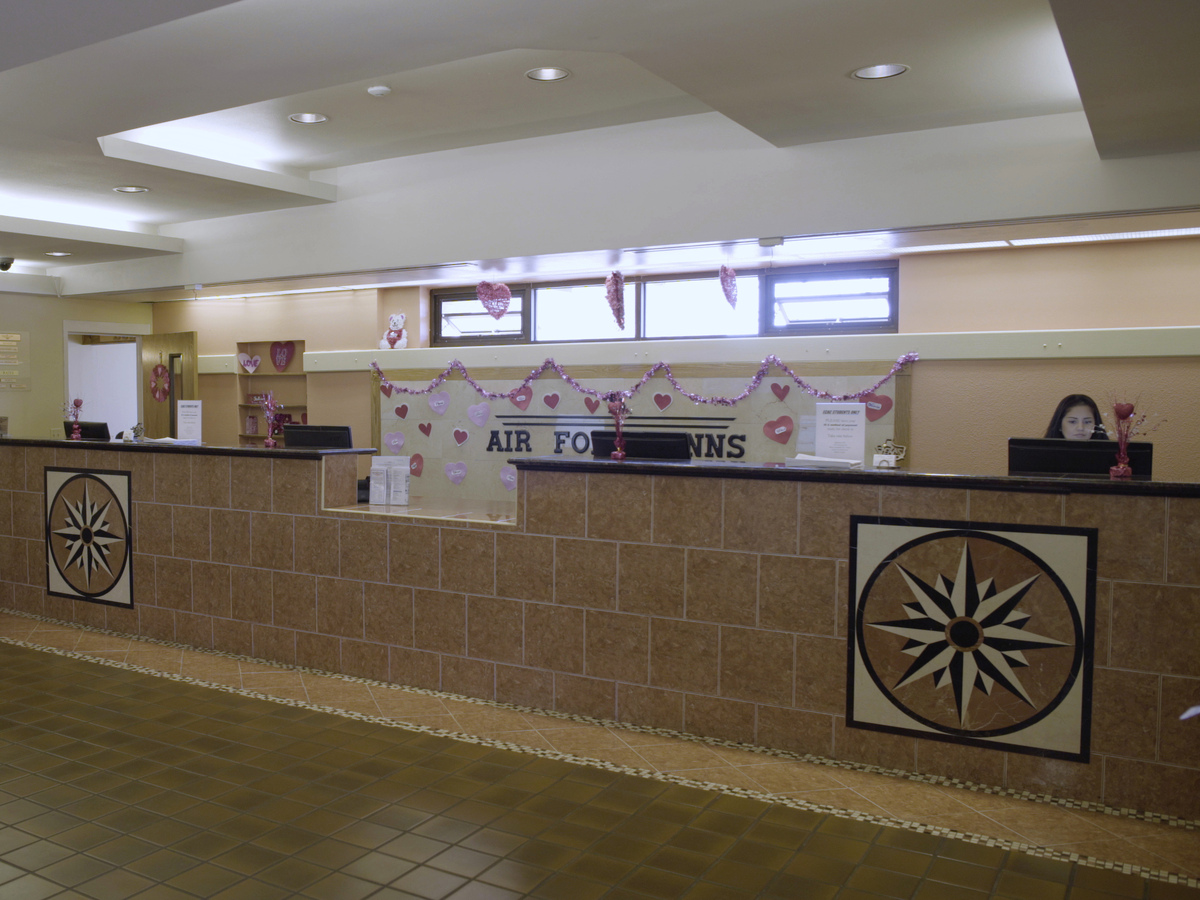 The city of San Antonio had declared an emergency to block the release of more than 120 people, after a person who was released was later found to be infected with the virus.

The city of San Antonio says more than 120 people repatriated from the Diamond Princess cruise ship will be released from quarantine at Lackland Air Force Base on Tuesday, one day after the mayor declared a public health emergency to block the evacuees from leaving the base.

Both San Antonio and Bexar County had moved to keep the Centers for Disease Control and Prevention from releasing evacuees without further coronavirus tests. Their concerns stem partly from an incident in which a woman released from quarantine at the base over the weekend was later found to have the COVID-19 illness.

In response to that mix-up, the CDC said it will strengthen two parts of its protocol for releasing people from quarantine — including keeping them in isolation until all test results are in.

"I'm pleased that the CDC has made changes, and I'm comfortable that the plan as presented will minimize the risk of exposure," Mayor Ron Nirenberg said Tuesday. "The release will be coordinated, not prolonged over several days, and passengers will not stay in local hotels and will go directly to the airport."

The evacuees' release will be expedited and handled in a way that will reduce any potential exposure to San Antonio, Nirenberg said, in a bid to avoid any cases of community transmission that have now been reported in several U.S. states.

As people emerge from quarantine at Lackland, special buses will take them "directly to the airport in shifts that correspond with their flight times," the mayor's office says. "Upon arrival, each group will be met by airport representatives, who will take them directly to the ticket counters, assist with baggage and facilitate movement through security."

The passengers who were repatriated from the Diamond Princess in Japan had already sat in quarantine for more than a week on the ship, and they began a new 14-day quarantine when they arrived at Lackland Air Force Base last month. Their quarantine had been slated to end on Monday, and the former cruise ship passengers had packed their bags to leave and head home at last.

But then the city took action, filing a federal lawsuit seeking "emergency relief" to immediately change the CDC's criteria for release and keep the evacuees from leaving the military base. A judge turned away that suit, but the mayor also declared an emergency, blocking anyone who had been quarantined from entering San Antonio.

Nirenberg said the declaration was "explicitly designed to ensure evacuees from the Diamond Princess cruise ship cohort remain at Lackland AFB until further testing is completed." He added, "This is NOT to signify that the public is at any increased risk."

With the action, San Antonio and Bexar County joined the list of communities and cities taking steps that reflect their residents' unease with having a deadly respiratory virus nearby – and doubts about the federal government's ability to contain the pathogen.

In San Antonio's case, local officials said the CDC criteria should require three negative tests for the coronavirus, rather than two.

The CDC says a woman who was released from quarantine at Lackland on Saturday afternoon had passed two coronavirus tests — but after her release, a third test came back positive.

In the roughly 12 hours she spent in San Antonio, the woman stayed in a hotel and visited a large mall and food court. But at 2 a.m. Sunday , she was taken to the Texas Center for Infectious Disease in a specialized ambulance, after officials realized her final test was positive for the virus that causes COVID-19.

The woman had been evacuated from China's Hubei province, where the novel coronavirus that has infected more than 90,000 people and killed more than 3,000 worldwide was first detected. She had been at Lackland since Feb. 7, but her quarantine was prolonged because of an early positive test for the COVID-19 illness.

The woman visited the North Star Mall for about two hours, Texas Public Radio reports, adding that local officials say she was not showing any symptoms. The hotel where she stayed is close to San Antonio's airport, according to TPR.

The Texas Department of State Health Services sent a letter to the CDC and Health and Human Services Secretary Alex Azar on Monday, asking for a full accounting of how the evacuee's release was handled and urging the federal agencies to look at changing its criteria for ending a quarantine.

"If CDC testing confirms the individual is still positive, I urge you to quickly review the science to determine what updates to CDC criteria are necessary," Texas Health Services Commissioner John Hellerstedt wrote. "This should include a third consecutive negative test to create a more highly reliable system for determining that a previously-positive person is clear of the virus."

Under CDC guidelines, a coronavirus patient must have two negative test results for the virus within 24 hours before they can be freed from isolation orders. In its response to the Texas letter, the CDC said its team tested three samples from the patient because the second test produced inconclusive results. But while results of the third test were pending, state health workers collected a fourth sample for testing without federal officials' knowledge.

The patient's first test had come back negative – and when the third test showed the same result, she was released. But her fourth sample was positive, leading officials to contact her and return her to isolation.

A positive test doesn't always mean a person is infectious, CDC Director Robert Redfield said in his letter to Texas officials. But he added that because of the confusion over the patient, the CDC will change its protocols in two ways.

"First, a previously symptomatic quarantine individual will only be released if that person has two sequential negative tests within 24 hours," Redfield said. "And second, no person will be released if there are any pending test results. This modification is effective immediately."

Texas Gov. Greg Abbott had called the CDC's actions "completely unacceptable" and a case of negligence. But after the agency's response, his office said federal agencies had "worked swiftly and effectively to strengthen their standards and protocol before releasing patients who have been under quarantine."