Accessibility links
Coronavirus Tests: Lab At University Of Washington Was Ready : Shots - Health News Scientists at the University of Washington's medical school began working on a test for coronavirus back in January. Now they're using it to fight an outbreak in their own backyard. 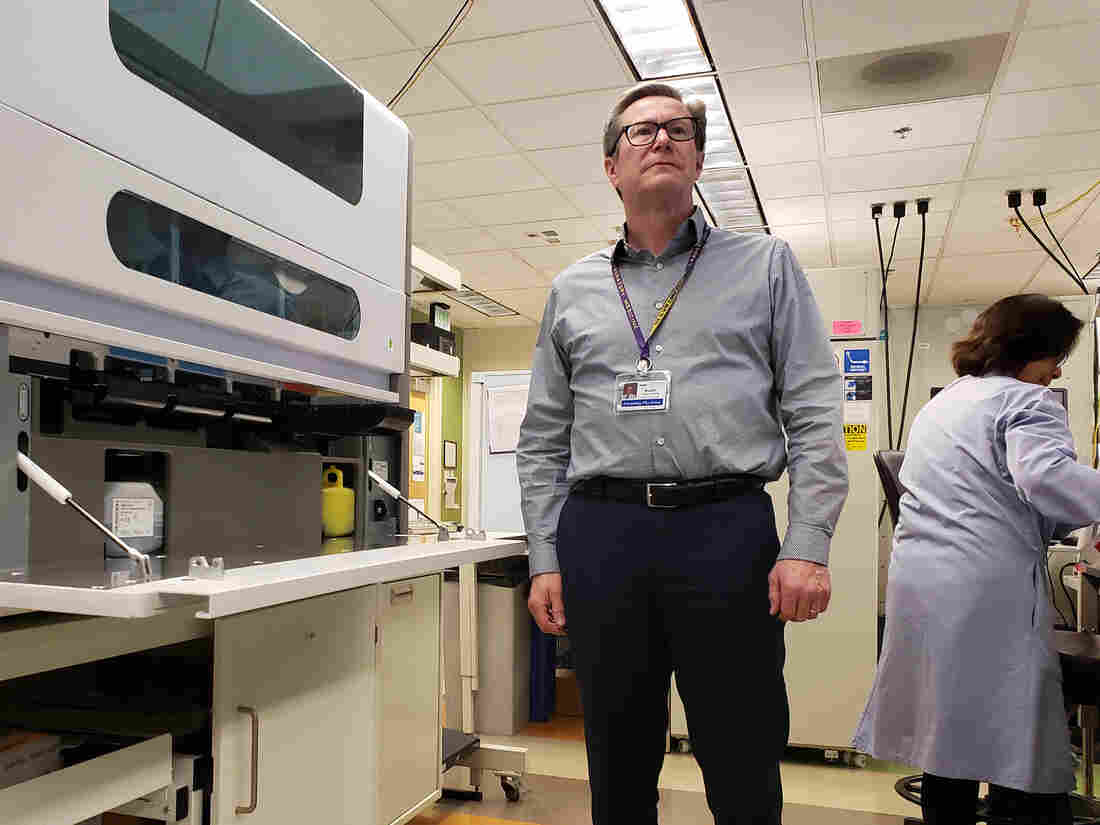 "Access to testing is really the major tool we have right now to fight this new coronavirus," says Dr. Keith Jerome, who runs a University of Washington lab in Seattle that can now test for the virus. Jonathan Hamilton/NPR hide caption 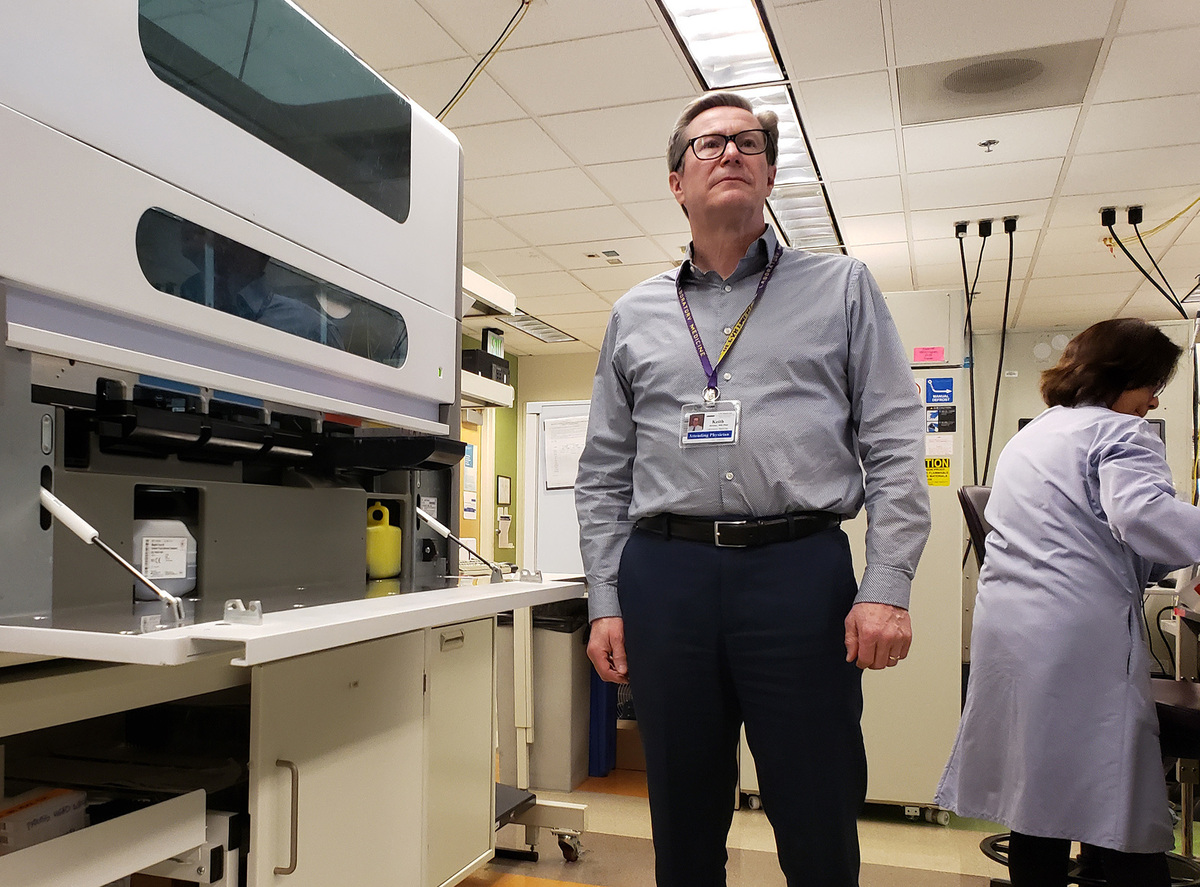 "Access to testing is really the major tool we have right now to fight this new coronavirus," says Dr. Keith Jerome, who runs a University of Washington lab in Seattle that can now test for the virus.

It's been a busy week at the virology lab run by UW Medicine, which includes the University of Washington's medical school and hospitals.

"We've already gone to three shifts," says Dr. Keith Jerome, a professor in the department of laboratory medicine who runs the lab. "People are going to be here basically all the time."

The lab is processing about 100 coronavirus tests a day. But it's prepared to do more than 1,000 a day immediately and could quickly increase that to 4,000, Jerome says.

The demand for tests is rising. Seattle is at the center of a coronavirus outbreak that has already claimed the lives of 10 people in Washington state.

One reason the lab is ready to test lots of people is its state-of-the-art equipment, including twin devices that extract genetic material from specimens.

"That all happens robotically," Jerome says, as he gives me a tour of the lab's testing area. "You can see the arms here moving back and forth. This robot is working on 96 specimens at a time. We have two of them. This is part of the magic of moving so many specimens through this laboratory."

In another area of the lab is a room full of instruments that take bits of genetic material from a virus and make millions of copies. That's critical for detecting an infection, Jerome says.

"Right now this is our limiting factor," he says, adding that they've already asked to borrow more of the instruments from other labs affiliated with the university.

But the lab's readiness also is the result of months of planning.

Jerome and other virologists started the process in January, after hearing reports about the coronavirus outbreak in China.

So the scientists developed an assay and began using it test specimens sent in for research purposes.

At first, the tests found no infections, says Dr. Alex Greninger, the lab's assistant director. Then, on Feb. 28, one came back positive.

"That was on Friday at 4 p.m.," he says. "And then Saturday morning the FDA came out with a new regulation that allowed us to perform testing."

The change at the Food and Drug Administration was a new policy that allowed sophisticated labs like the one at UW Medicine to develop and use their own coronavirus tests before the agency had reviewed them.

On Monday and Tuesday, the lab quietly began accepting specimens for clinical use and preparing for high-volume testing.

"It was intense," Greninger says, adding that he and colleagues were working past midnight to make sure the system functioned properly.

But the hard part wasn't the testing itself, Greninger says, but the logistics.

Then on Wednesday, Jerome and Greninger held a press conference to announce that the lab was officially open for business.

Now they are expecting an avalanche of specimens. And that's a good thing, Jerome says.

"Access to testing is really the major tool we have right now to fight this new coronavirus," he says

Even with the lab's increased capacity, though, testing remains limited to people who have symptoms including fever and a dry cough.

"My goal is everyone who needs a test can get one," Jerome says. "And that might be different than everyone who wants a test."

Local doctors say the lab will make a huge difference.

"It's a game changer," says Dr. Seth Cohen, medical director for infection prevention at UW Medical Center Northwest. "Previously when we would send those tests to the [Centers for Disease Control and Prevention] in Atlanta it was taking three to five days to get those tests back."

Now results often come back the same day. And that means doctors and hospitals can focus resources on the patients who are truly infected.

"We did not plan on being at the epicenter of one of the outbreaks in the United States," Cohen says. "And we are preparing for the worst."