Accessibility links
Coronavirus: New York Creates 'Containment Area' Around Cluster In New Rochelle : Shots - Health News The governor is calling on the National Guard to support the containment area, which has a 1-mile radius, by delivering food and helping to clean public spaces. 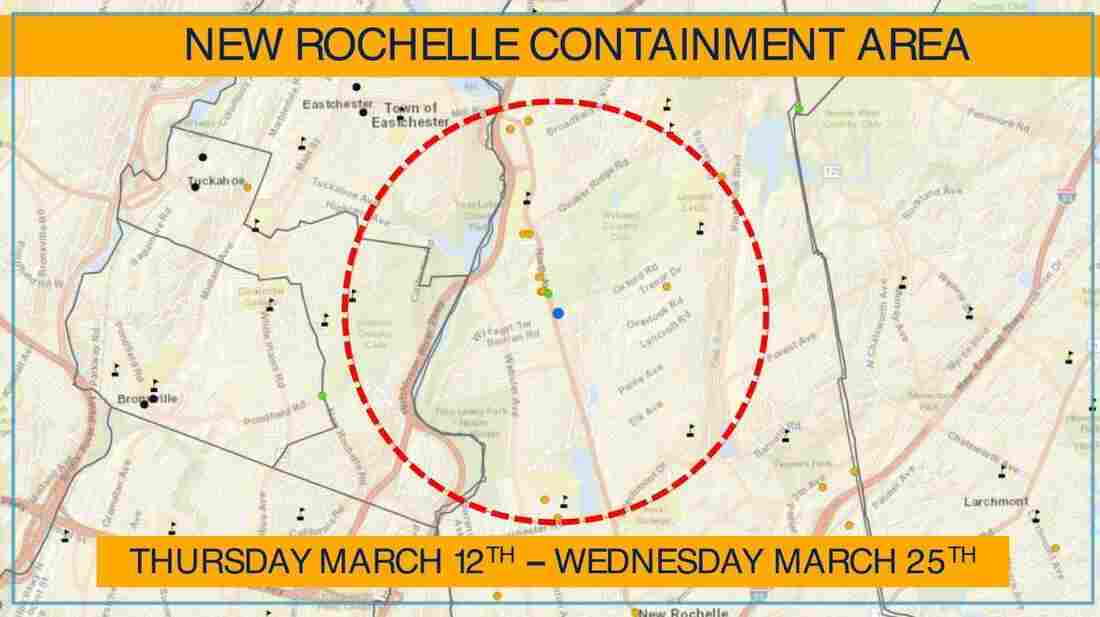 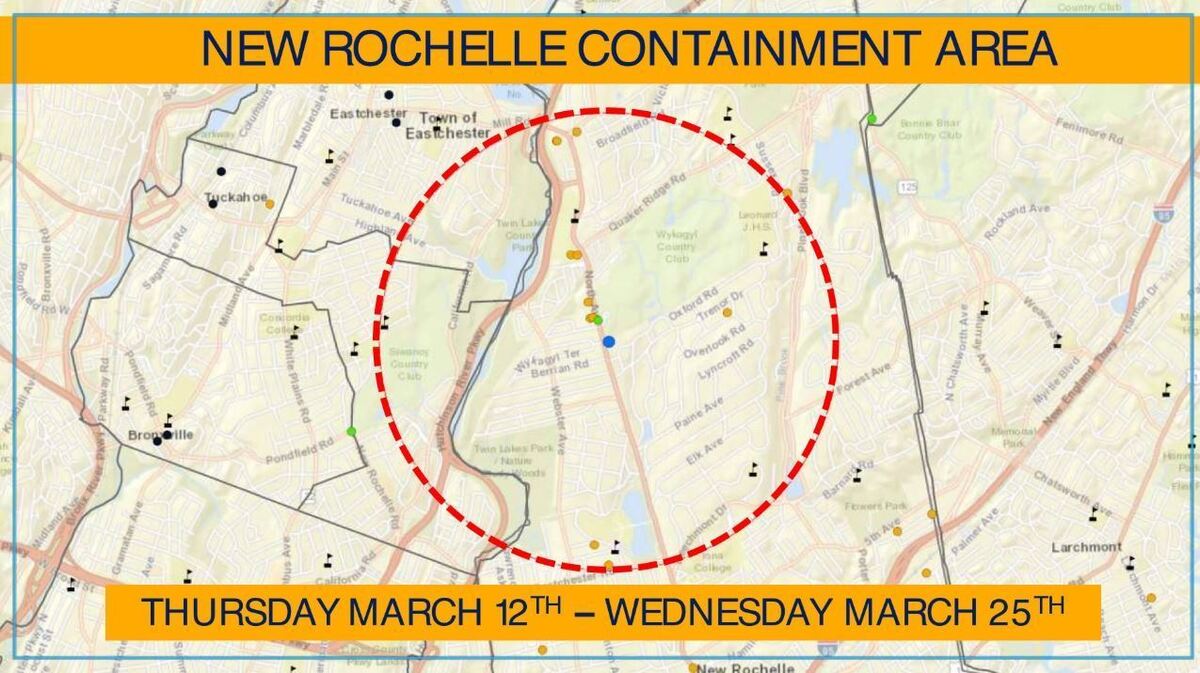 The Young Israel synagogue of New Rochelle is at the center of a new "containment area" announced by New York Gov. Andrew Cuomo Tuesday.

New York is creating a "containment area" around a community in New Rochelle, in an attempt to limit the spread of coronavirus in an area that quickly became the state's largest source of COVID-19 infections, Gov. Andrew Cuomo announced Tuesday.

"It is a dramatic action, but it is the largest cluster in the country," Cuomo said. "And this is literally a matter of life and death."

A synagogue in the city has become the epicenter of an outbreak in Westchester County — which accounts for 108 of New York state's 173 coronavirus cases. Hundreds of people in the Young Israel congregation have already been under a voluntary quarantine order that was issued last week. The congregation's rabbi has confirmed that he is among those who have tested positive for the virus.

As of Tuesday, that synagogue is also at the center of a circle that extends for a 1-mile radius, marking the state's containment area. Residents would still be allowed to move around — but the new policy effectively blocks any large public gatherings in the area, to prevent further transmission of the virus.

In Albany giving another update on #Coronavirus. WATCH: https://t.co/IDybwlF7JR

The governor is calling on the National Guard to help support the containment area. Cuomo said the troops will be deployed "to deliver food to homes, to help with the cleaning of public spaces."

At a news conference and in a statement posted online, New Rochelle Mayor Noam Bramson stressed that the National Guard would play only a limited role, saying, "The Guard will not be engaged in military or policing functions." 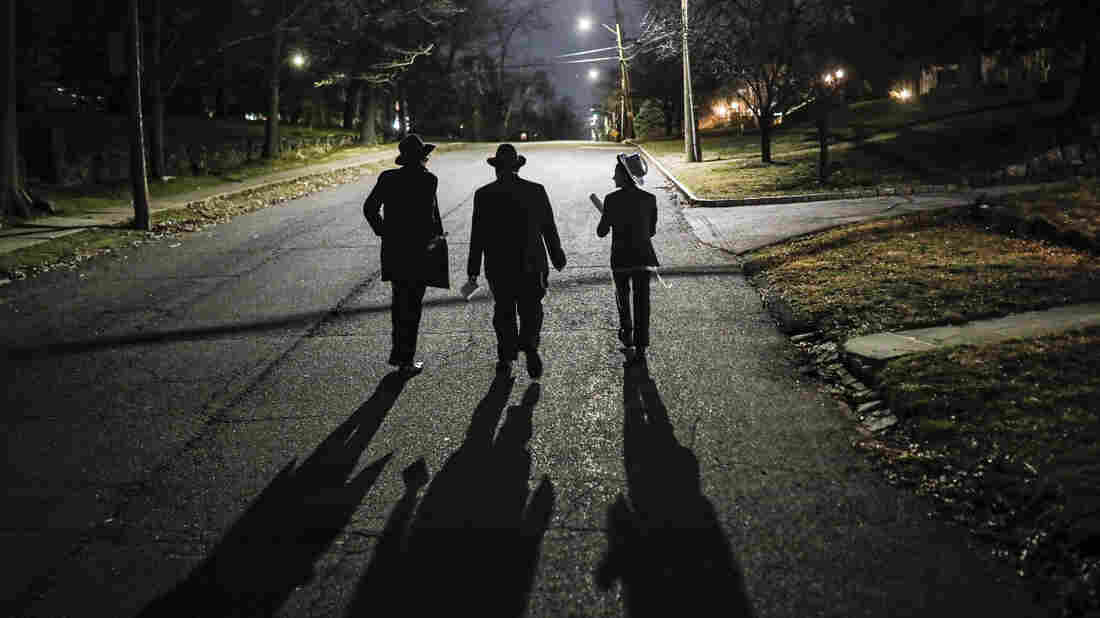 Student volunteers walk through New Rochelle to perform a Purim reading at homes on Monday. Some residents there are already under self-quarantine. John Minchillo/AP hide caption 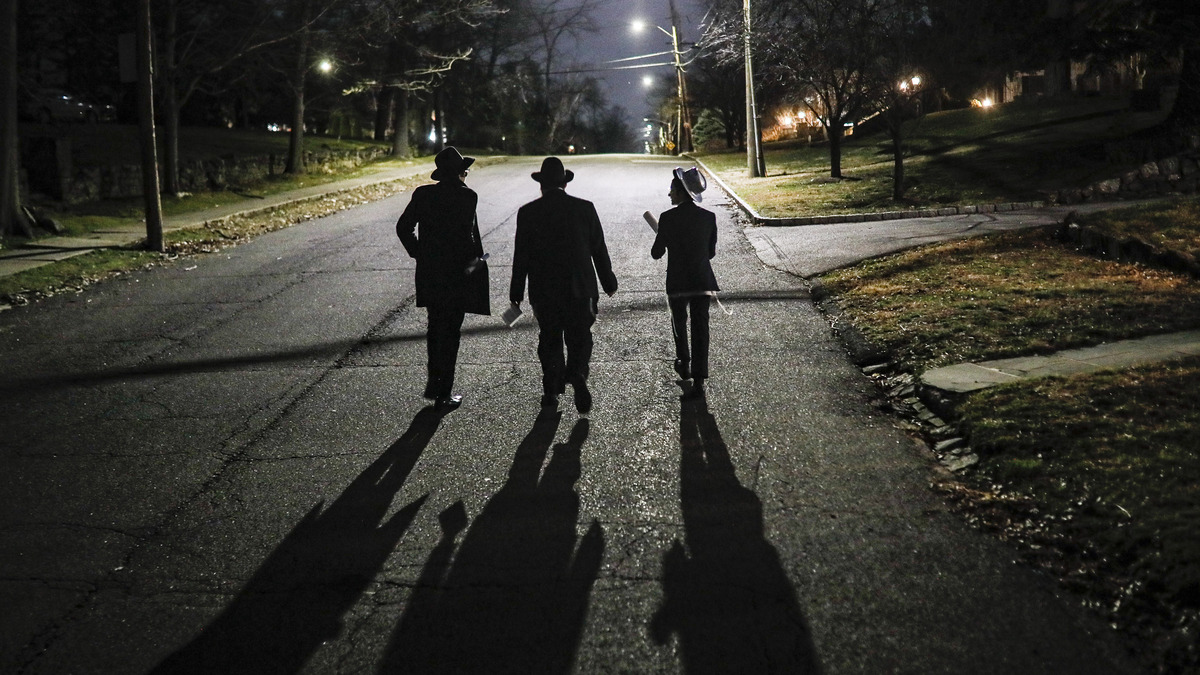 Student volunteers walk through New Rochelle to perform a Purim reading at homes on Monday. Some residents there are already under self-quarantine.

Bramson also said several public and private schools are in the containment area.

Schools and large gathering places inside the containment area will be closed for two weeks, Cuomo said. Officials will use that time to clean the schools, he added. The new policy will take effect Thursday and remain in place through March 25.

To reduce contacts between the containment area and the outside world, a new coronavirus testing facility will also be placed inside the area in New Rochelle.

"This is an evolving situation," New York Health Commissioner Dr. Howard Zucker said. "We have moved from a containment strategy to more of a mitigation strategy."

People will still be allowed to go in and out of the containment zone, Cuomo said. But any facilities that would bring large gatherings of people, such as schools and synagogues, will be closed.

The governor also said the decision reflects a recommendation from Zucker. "In a situation like this, whether you're president, mayor, or governor, let the experts decide," Cuomo said. "And let the science drive the decision. When you politically interfere in science, that's when you tend to make a mistake."