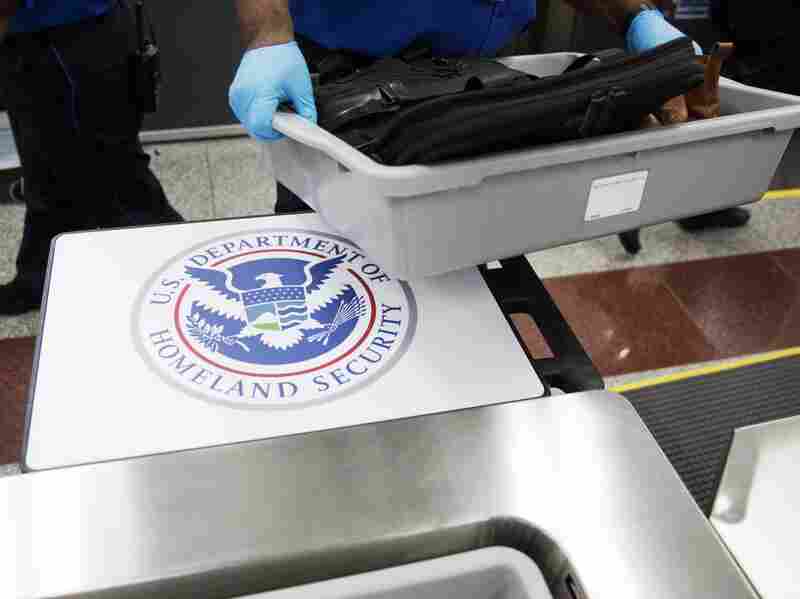 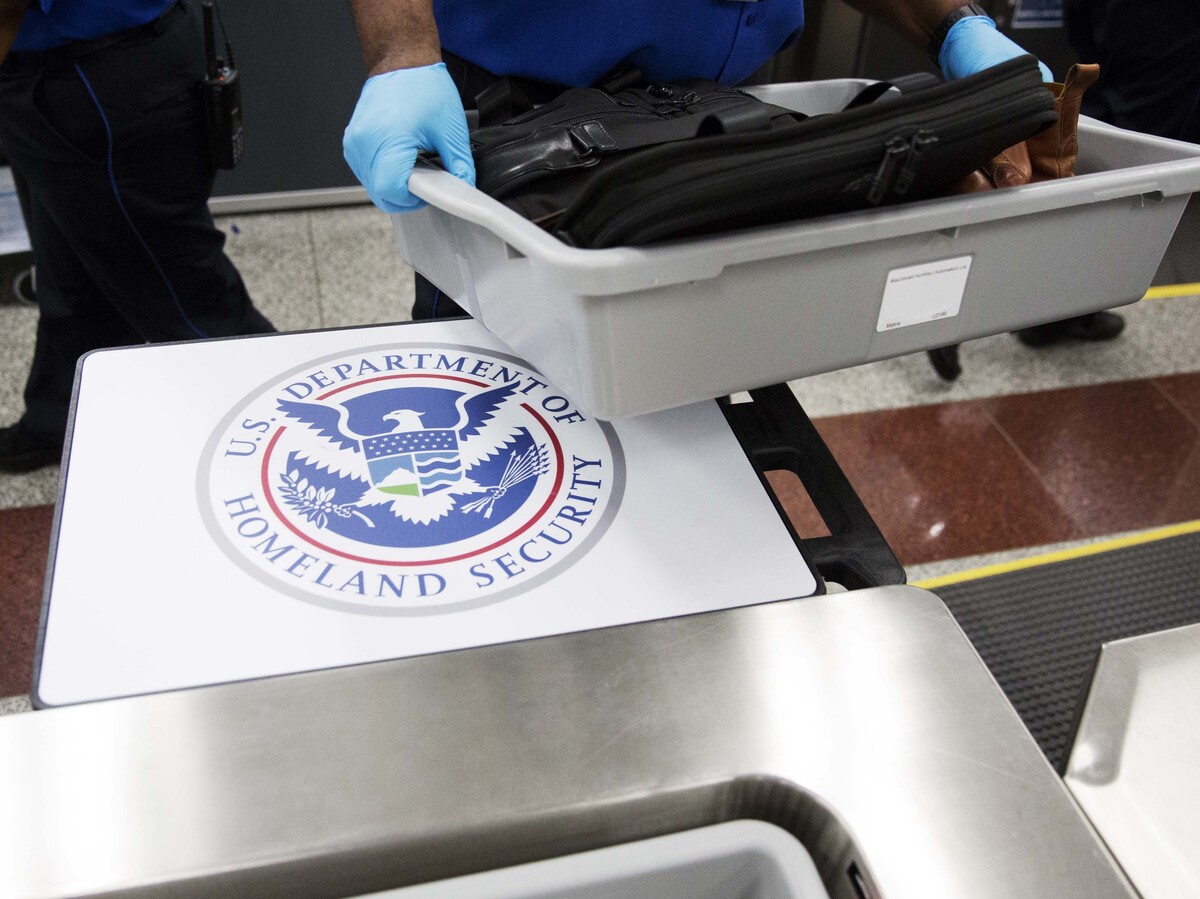 A U.S. Department of Homeland Security seal is seen as a TSA official moves a bin for additional screening at Hartsfield-Jackson Atlanta International Airport.

Three security screeners at a Northern California airport have tested positive for the new coronavirus, the Transportation Security Administration confirmed in an email late Tuesday.

The transportation security officers, all of whom work at Norman Y. Mineta San Jose International Airport, are the first confirmed cases of the COVID-19 virus within the agency, according to a union official with TSA Council 100.

The identities of the three screeners have not been released.

"The officers are receiving medical care and all TSA employees they have come in contact with over the past 14 days are quarantined at home," the TSA, which is part of the Department of Homeland Security, said in a statement.

The three officers would have come into contact with thousands of passengers passing through the airport's security checkpoints, TSA union officials say.

James Mudrock, local union president for security screeners in Northern California, said he learned of the first confirmed case early Tuesday morning. He added that about 40 employees were told not to come to work and that a security checkpoint was closed at the San Jose airport Tuesday morning. He later said all the checkpoints had stayed open.

The two other cases were confirmed Tuesday evening.

"Just by the nature of the job, transportation security officers are in a vulnerable position in the case of an outbreak like this," Mudrock, president of the American Federation of Government Employees Local 1230, said.

In a letter sent Monday to acting Homeland Security Secretary Chad Wolf, Sen. Maria Cantwell, D-Wash., pressed the Trump administration on how it's guiding DHS employees and contractors to take precautions in response to the virus.

Cantwell, ranking member of the Senate Commerce Committee, which has oversight of the TSA, also questioned whether the Department of Homeland Security has a pandemic response plan in the event of an outbreak at or near its facilities.

Other union officials say that the TSA lacks sufficient resources, training and planning to protect its employees, who come into daily contact with the public more than any other federal agency.

That includes, in some parts of the country, shortages of cleaning supplies, protective gloves and masks. The union asked on Tuesday for more effective masks, but that request was rejected, Reuters reported.

The challenges come as the agency faces a hiring and overtime freeze.