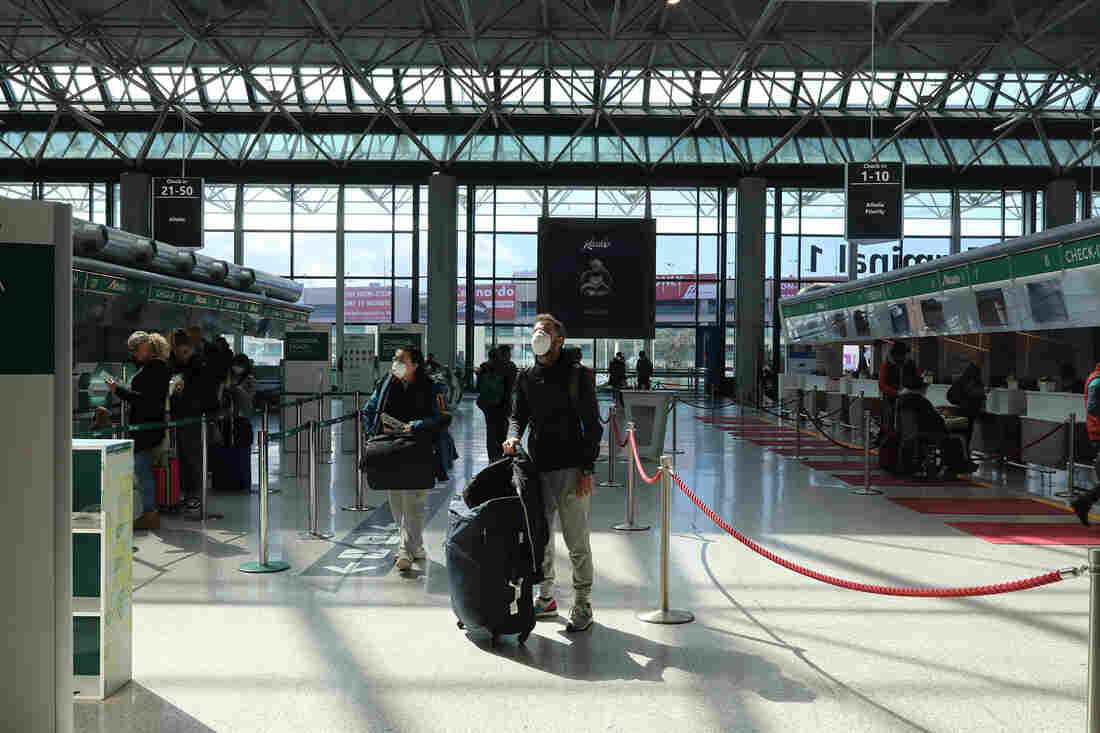 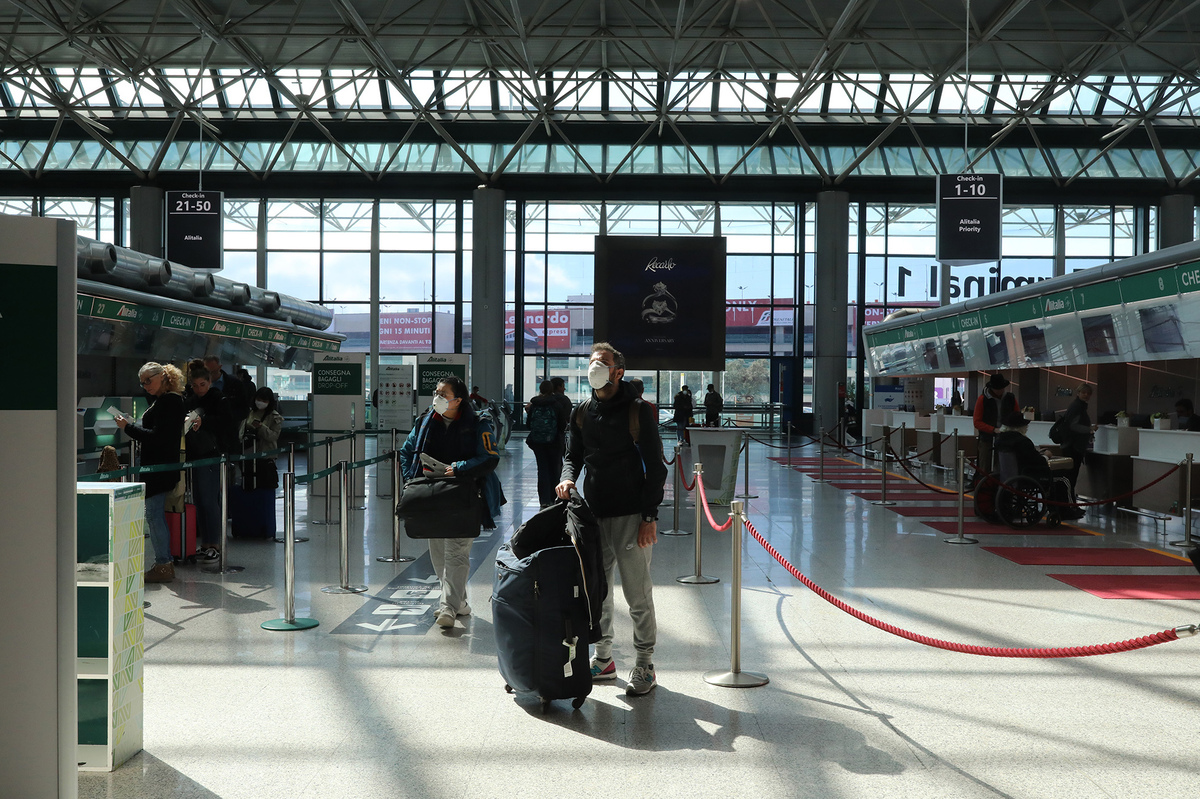 President Trump Thursday defended his new policy that, for 30 days, will bar most travelers arriving to the U.S. from much of Europe. Trump says coronavirus cases from the continent have been seeding outbreaks in the United States. The travel ban, he says, will save American lives.

"From a public health perspective, it's remarkably pointless," says Francois Balloux, an epidemiologist at University College London who worked with the World Health Organization on the 2009 H1N1 flu pandemic. Balloux says closing borders only works in the very early days of an outbreak, or for countries that haven't yet detected any cases at all. The U.S., as of Thursday afternoon, had confirmed 1,323 cases.

"If you bring in one or two additional people — once you've lost completely the ability to do any contact tracing — it won't make any difference," Balloux says. The U.S. is in that position now, he says, with far too many cases than it can possibly trace. Balloux calls the new travel restrictions — which are to go into full effect at 11:59 EDT Friday — a distraction.

Travel bans, border closures and burdensome quarantines of arriving foreigners have been staples of the COVID-19 pandemic. Nations around the world have wielded them with little consistency during this international health crisis.

Last week Israel essentially sealed its borders with the world, declaring that anyone arriving from abroad would have to spend two weeks in quarantine.

Saudi Arabia slapped in place a ban on visitors from 14 countries so quickly that airlines, which already had planes en route to the kingdom, had to sort their passengers by nationality, and ultimately fly many of them someplace else.

South Korea and Japan instituted tit for tat restrictions on each other's citizens as the outbreak heated up in that part of Asia late in February.

A month earlier, on Jan. 31, as the coronavirus outbreak raged in Wuhan, the U.S. announced that it was barring anyone who had been in China in the previous 14 days from entering the U.S. Dozens of other countries also blocked travelers from China. Researchers in Australia say that country's ban on travelers from China was highly successful at limiting the number of coronavirus cases there.

From the beginning, since the first outbreaks became widely known, the World Health Organization has advised against blanket travel bans. The WHO has also warned that travel bans could violate the International Health Regulations.

But Anthony Fauci, the head of the U.S. National Institutes of Allergy and Infectious Diseases, and a leading advisor to the Trump administration on COVID-19, defended the new European travel restrictions Thursday during a hearing on Capitol Hill.

"If you look at the numbers," he said, "it's very clear that 70% of the new infections in the world are coming from that region — from Europe." European infections are seeding other regions, Fauci said, adding, "Second thing: Of the 35 or more [U.S.] states that have infections, 30 of them now, most recently, have gotten them from a travel-related case from that region. So it was pretty compelling that we needed to turn off the source from that region."

Later in the day, speaking to reporters at the White House, Fauci said the decision to block many European travelers wasn't taken lightly.

"We spent a lot of time thinking about it, discussing it, about whether we should do it," he said, defending the controversial move as "the right public health call."

Other public health experts in the U.S., however, are questioning the Trump administration's motivation. Kenneth Bernard a former special assistant on bio-security to Presidents Bill Clinton and George W. Bush sees the headline-grabbing European travel restrictions as an attempt to rebrand the coronavirus issue as "a foreign threat" that Trump is defending the United States against.

As the number of domestic cases grows, there's been rising criticism of the administration's response to the crisis. The Centers for Disease Control and Prevention has been accused — even by Fauci — of bungling efforts to set up a coordinated national system to test for the coronavirus.

"With at least 40 states reporting cases, [many] of which are due to local transmission, I think the United States should be focusing on mitigating the impacts of the virus that is circulating within our borders," Nuzzo says.

"We have limited resources and need to stay focused on limiting domestic spread," she explains. "If these travel restrictions mean we have to do extra screening, monitoring and/or quarantining of returning Americans, then this will undoubtedly divert resources from protecting vulnerable populations — like the elderly and individuals with underlying health issues."