Accessibility links
Coronavirus: Trump Administration Announces Measures To Speed Testing : Shots - Health News The federal government has been sharply criticized for its slow response to the viral disease COVID-19, particularly when it comes to testing. 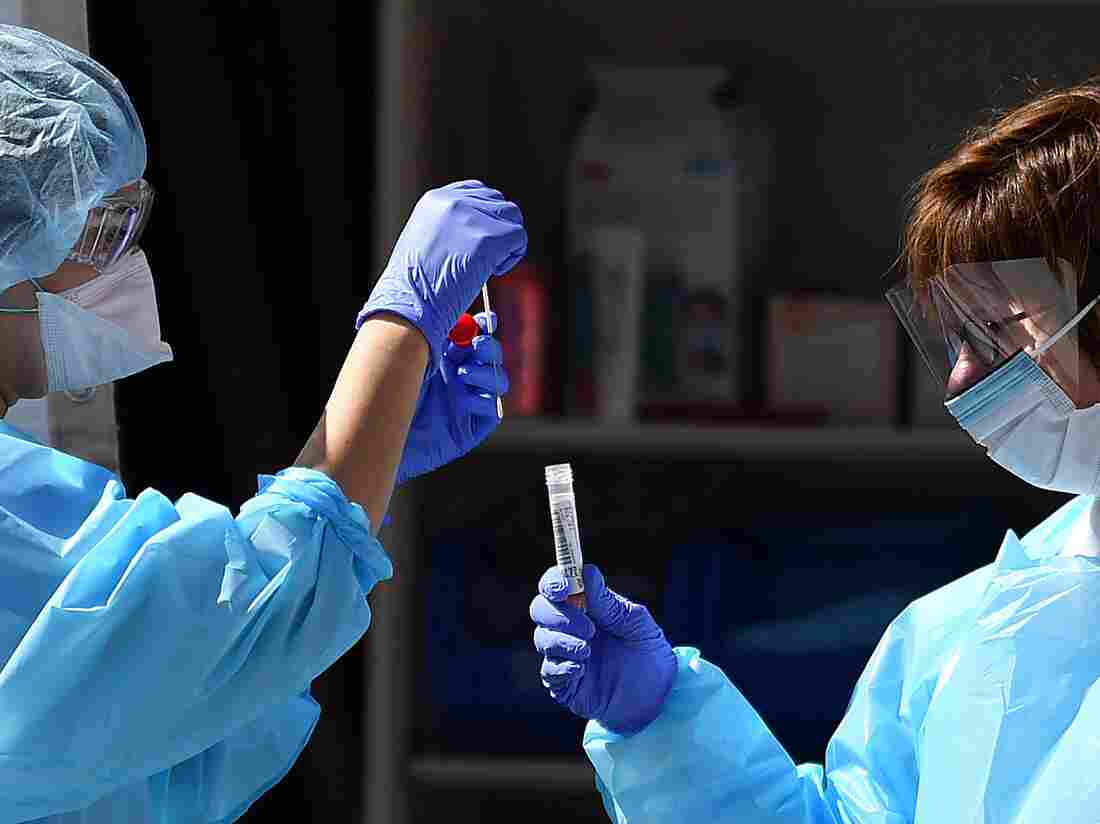 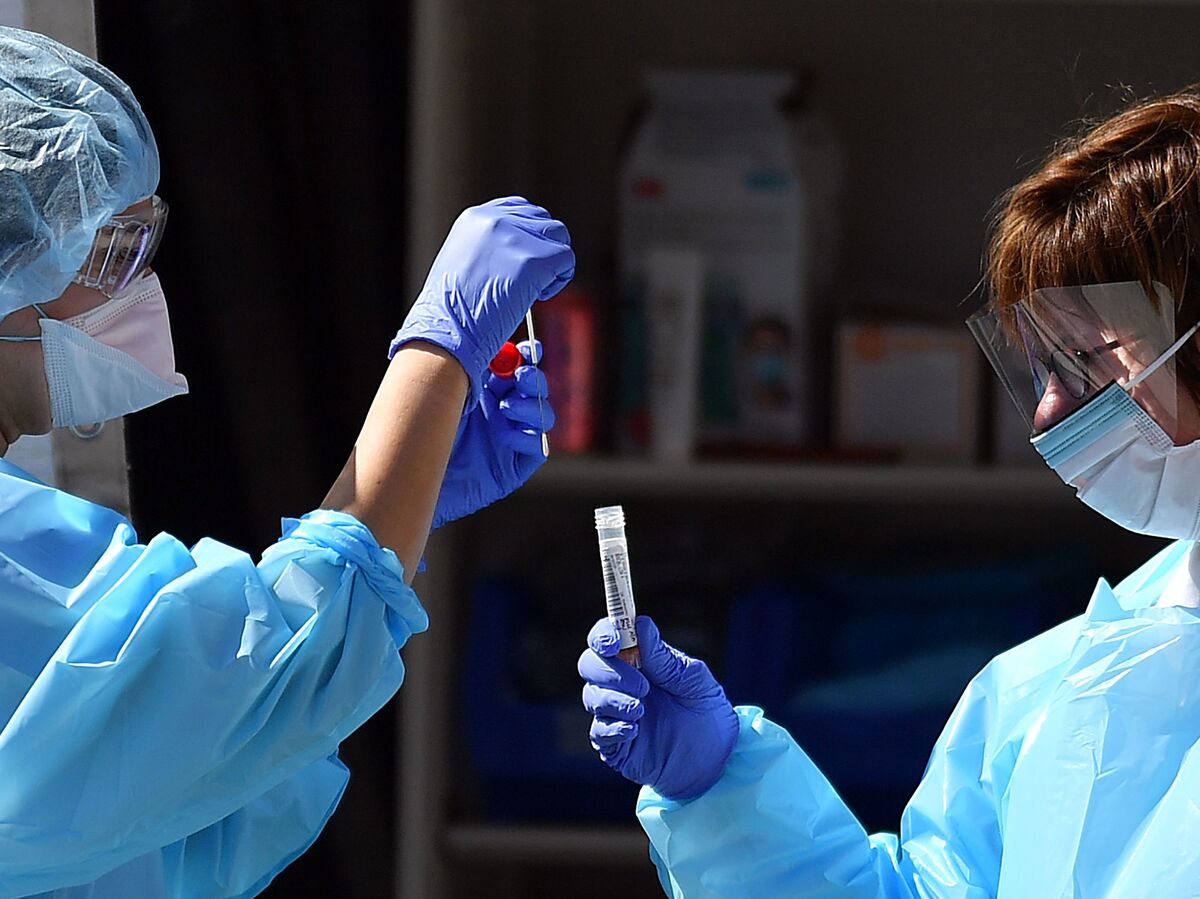 Medical workers at Kaiser Permanente French Campus test a patient for the coronavirus disease COVID-19 at a drive-through testing facility in San Francisco on Thursday.

The Trump administration has announced a series of measures intended to speed testing for the coronavirus disease COVID-19: a new federal coordinator to oversee testing, funding for two companies developing rapid tests and a hotline for labs to call to get help finding needed supplies.

The U.S. government has been sharply criticized for its slow response to the virus, particularly when it comes to testing. Only this week has testing become more widely available in the U.S., and kits remain in limited supply.

The Department of Health and Human Services announced Friday that it will fund two companies for the development of rapid diagnostic tests for coronavirus. It will provide $679,000 to DiaSorin Molecular of Cypress, Calif., and $598,000 to QIAGEN of Germantown, Md.

DiaSorin's test could be ready in six weeks, while QIAGEN's could be ready in 12 weeks, according to HHS. Both tests are to be designed to give a result within an hour. The projects were selected by the Biomedical Advanced Research and Development Authority at HHS.

"Americans need access to rapid diagnostic testing. The sooner clinicians, patients and public health officials know whether someone is infected with the novel coronavirus, the sooner they can take action to mitigate the spread of COVID-19," said BARDA Director Rick A. Bright. "Rapid diagnostic tests are critical in this public health response. We are working with the private sector at an urgent pace to make these tests available on as many diagnostic platforms as we can in the coming weeks."

Singapore Wins Praise For Its COVID-19 Strategy. The U.S. Does Not

HHS also announced a new leader of COVID-19 testing efforts: Adm. Brett Giroir, who is a physician. He will coordinate the testing efforts by the Centers for Disease Control and Prevention, the Food and Drug Administration, state and local authorities, and public and private labs. Giroir was previously acting commissioner of food and drugs and senior adviser to the head of the HHS on matters involving the CDC.

In addition, the FDA tweeted Thursday that its general hotline is available for labs to call regarding difficulties obtaining test kits or other needs.

The FDA has also given New York state the ability to approve labs there for coronavirus testing without waiting for federal approval. New York Gov. Andrew Cuomo announced earlier this week that the state would contract with 28 private labs to increase testing capacity for COVID-19.

The CDC has been inconsistent in its reporting of how many people a day are being tested in the U.S., but experts say the number is extremely low. By comparison, South Korea is testing some 15,000 people a day, NPR's Anthony Kuhn reports from Seoul.

"Our response [in the U.S.] is much, much worse than almost any other country that's been affected," Ashish Jha, director of the Harvard Global Health Institute, told NPR.

To prevent the coronavirus from spreading, the Centers for Disease Control and Prevention recommends washing hands with soap and water for at least 20 seconds or using a hand sanitizer if a sink isn't available. The World Health Organization says people should wear face masks only if they're sick or caring for someone who is.