Accessibility links
The U.S. Medical Stockpile Can't Solve The Coronavirus Crisis : Shots - Health News The U.S. has an $8 billion stockpile of emergency medical supplies that is the envy of the world. But the vast collection will be of only limited use in the fight against the new coronavirus. 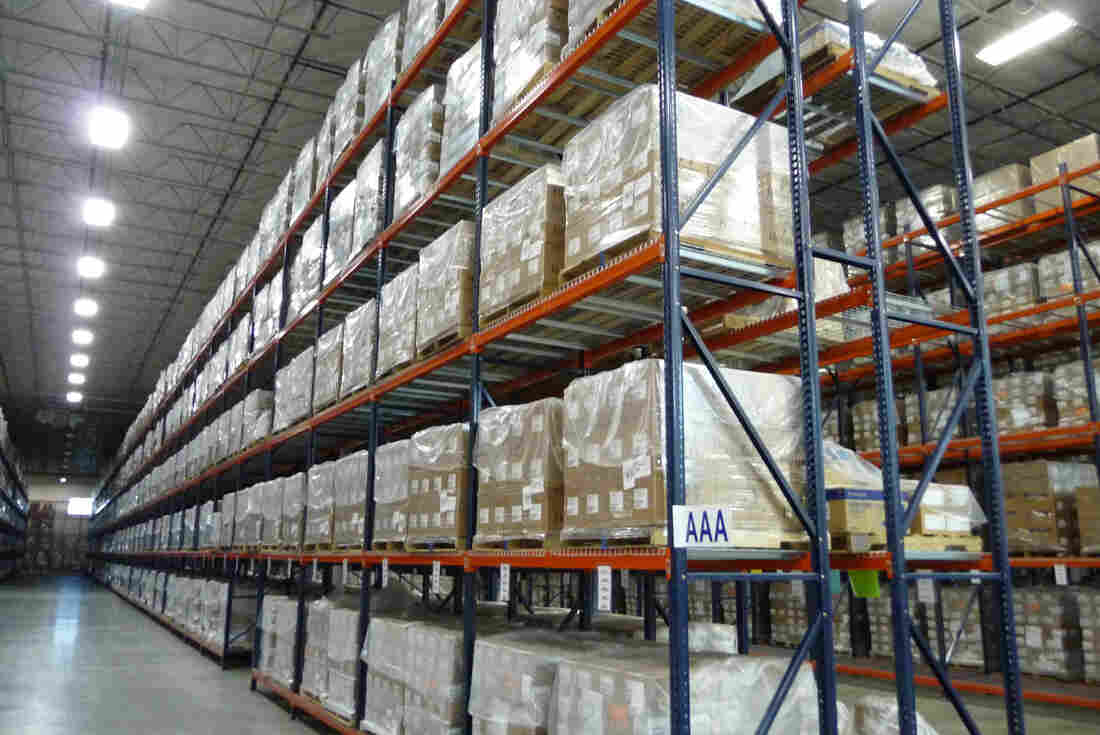 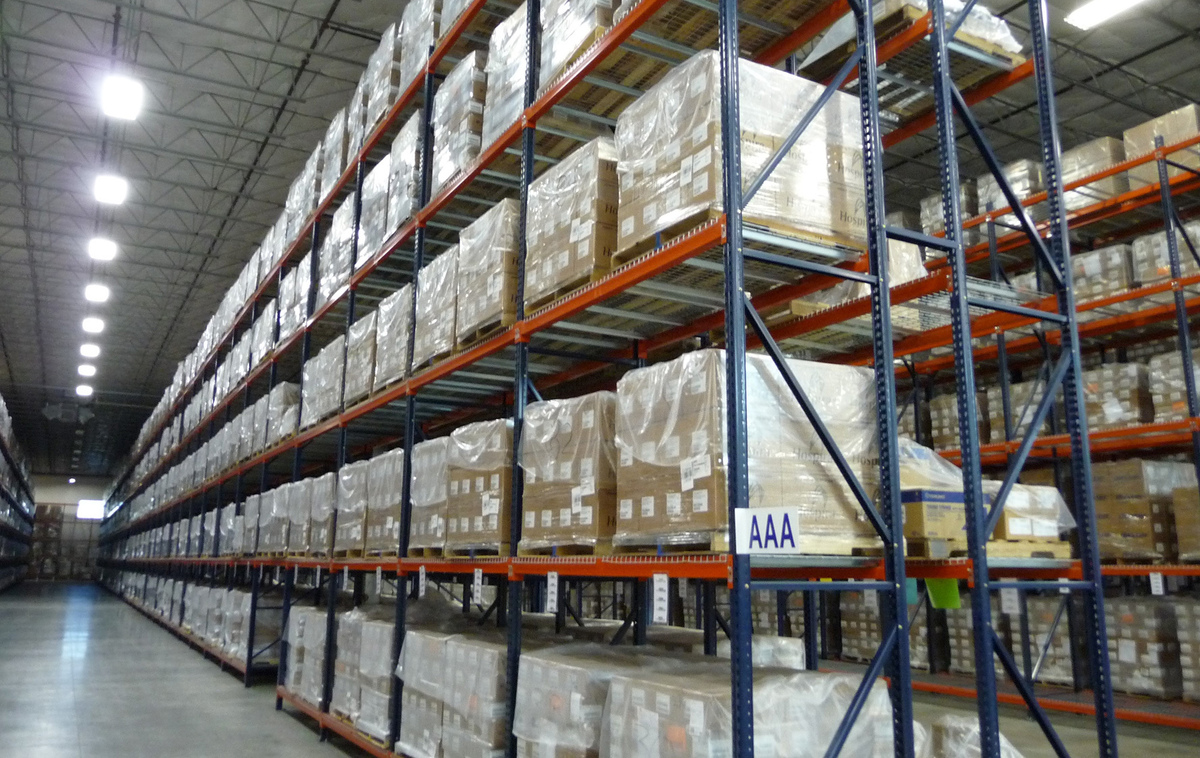 The U.S. Strategic National Stockpile was started in 1999 to prepare for certain threats to national security. It includes about $8 billion worth of vaccines, medicine, protective gear, ventilators and other kinds of medical equipment.

The U.S. government maintains an enormous stockpile of emergency medical supplies, and officials have already started dipping into it to help fight the novel coronavirus.

But while having a stockpile is better than not having it, experts say, there's a limit to what a stockpile can do in this crisis.

"It's never going to be as big as you want, because it's just too expensive to do that," says Tara O'Toole, a former homeland security official who is now executive vice president at a nonprofit called In-Q-Tel.

Almost everything about the stockpile is secret, for security reasons, although the broad outlines of its holdings are known. About $8 billion worth of vaccines, pharmaceuticals, protective gear, ventilators and other kinds of medical equipment are housed in warehouses that are strategically located around the United States.

From the outside, these warehouses look ordinary. Inside, however, armed guards stand watch over a vast collection of materials. Giant freezers keep certain products cold. Locked, caged-off sections of the warehouses store controlled substances such as painkillers. Rows of ventilators, which can support people who are having trouble breathing, are kept charged up and ready to roll at a moment's notice.

When the stockpile started, back in 1999, the goal was to get prepared for unusual, unprecedented national threats, says O'Toole, who chaired an advisory committee on the stockpile for the National Academies of Sciences, Engineering, and Medicine.

"The stockpile started out being very specialized and intended to supply drugs we would need if there were a chemical, radiological, biological or nuclear attack," she explains.

That's why the stockpile contains vaccines against smallpox and anthrax, as well as antitoxins and drugs to treat radiation sickness.

"In many cases, the Strategic National Stockpile is the only source for particular pharmaceuticals. And it is the only buyer for some of these pharmaceuticals," says Greg Burel, who directed the stockpile program before retiring last year. "Our Strategic National Stockpile is the envy of the world that understands these things and knows what's there."

Over time, the mission of the stockpile has expanded to include preparations for pandemic influenza and threats such as hurricanes and earthquakes. It has anti-flu drugs, generic medical supplies like gloves and needles and even quick-to-assemble medical centers complete with beds.

The stockpile can fill gaps in supply chains or respond to sudden surges in demand caused by emergencies, says O'Toole, but "it is not big enough and it can never be big enough to replace the supply chains."

"It's a bridge," she says. "It's not a replacement for the private sector." That means there could still be shortages of critical items, as it would take time for manufacturers to ramp up production.

Take masks, for example. Steven Adams, the acting director of the stockpile program, says it currently holds about 30 million simple surgical masks and 12 million of the more protective N95 masks that are certified by the National Institute for Occupational Safety and Health.

No Guarantee You'll Get Tested For COVID-19, Even If Your Doctor Requests It

But that's not much compared with what will be required to combat the coronavirus. "The demand of 300 million would be anticipated in the initial response," Adams tells NPR. "These are estimates, and different experts have, of course, different opinions. But I think the general view is that probably 300 million a month would be a likely scenario for a full-scale pandemic influenza, which is the primary basis for modeling."

Already, Washington state has requested hundreds of thousands of masks from the stockpile and has gotten shipments. More requests are sure to come in. The federal government says it wants to buy 500 million domestically made masks over the next year and a half.

"You know, we wish we had everything that we needed on the shelf all the time, but we have to be respectful of the appropriations Congress provides and live within those. Sometimes that means that we have to make difficult trade-off decisions," says Burel, who explains that buying one item for the stockpile might mean not buying another item, or buying less of it.

"We're always trying to play that balancing act in such a way that we make the best possible investment to cover all the broad areas of risk that the Strategic National Stockpile is asked to respond to," Burel adds.

How many ventilators does the stockpile have? Burel won't give a figure — he just says it's a lot. Some sources suggest that it's at least 4,000, and professional groups have trained respiratory-care experts to use the machines.

If things get bad enough to need all those ventilators, however, hospitals may be struggling to have enough staff to operate them. In the end, even if the federal government can provide some supplies from the stockpile, it will be up to state and local workers to fight the virus.