Ventilators can be a temporary bridge to recovery — many patients in critical care who need them for help breathing get better. Taechit Taechamanodom/Getty Images hide caption 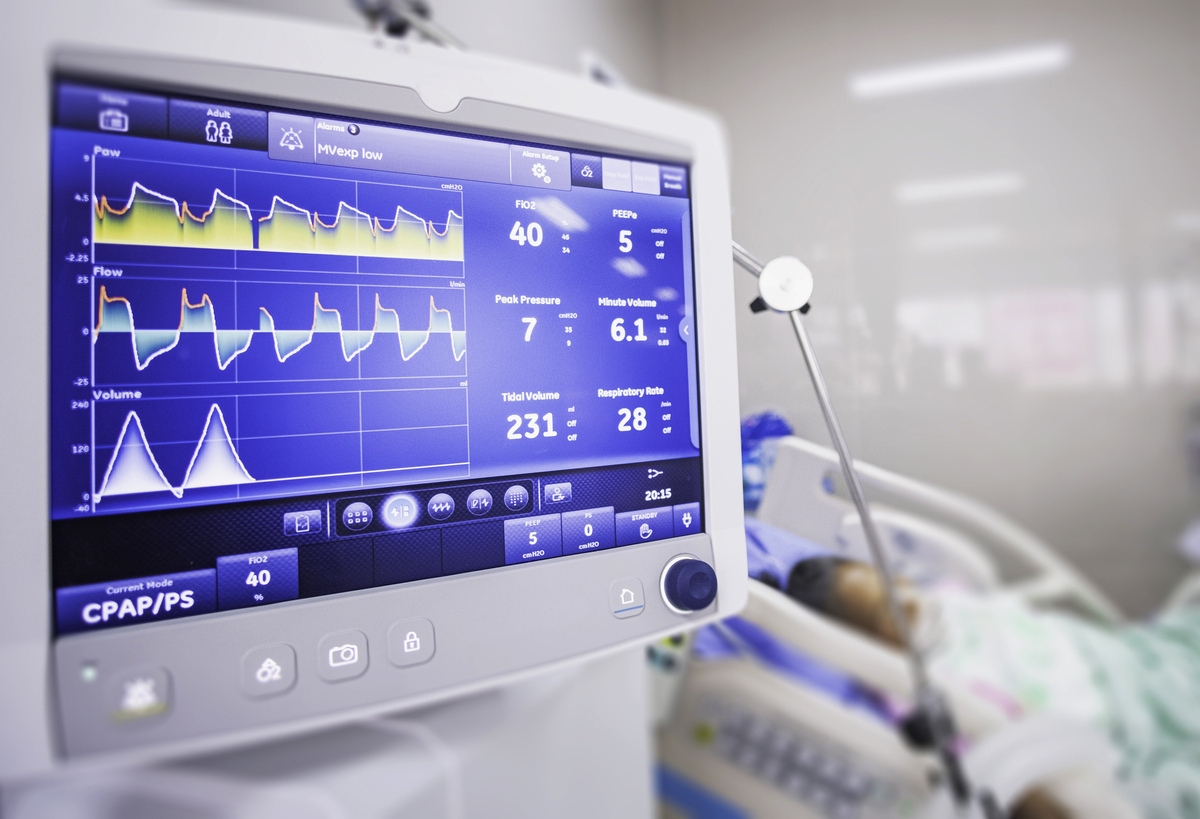 Ventilators can be a temporary bridge to recovery — many patients in critical care who need them for help breathing get better.

As the coronavirus that causes COVID-19 spreads across the United States, there are continuing concerns among hospitals, public health experts and government leaders that hospital intensive care units would be hard-pressed to handle a surge in seriously ill patients.

A key limiting factor to being able to provide good care, they say, is the number of ventilation machines — ventilators — a hospital has on hand to help the most seriously ill patients breathe.

"The coronavirus, like many respiratory viruses, can cause inflammation in the lungs," explains Dr. William Graham Carlos a pulmonary critical care specialist at Indiana University School of Medicine "And when the lungs become inflamed, the membranes that transfer oxygen from the air into the blood become blocked."

When patients develop this type of viral pneumonia, they often require bedside ventilators which, Carlos says "can supply higher levels of oxygen and also help push air into the lungs to open them up, and afford more opportunity to get oxygen into the patient."

Ventilators are generally a temporary bridge to recovery — many patients in critical care who need them do get better. These machines can be crucial to sustaining life in certain emergency situations. And if there is a surge in seriously ill patients, as COVID-19 spreads, ventilators could be in short supply, from hospital to hospital or nationally.

And if there's an increase in very sick patients on a scale like what happened in China, Dr. Eric Toner says, the U.S. is not prepared. Toner studies hospital preparedness for pandemics at the Johns Hopkins Center for Health Security.

"We are not prepared, nor is any place prepared for a Wuhan-like outbreak," Toner tells NPR, "and we would see the same sort of bad outcomes that they saw in Wuhan — with a very high case fatality rate, due largely to people not being able to access the needed intensive care."

Toner says all hospitals have some lifesaving ventilators, but that number is proportional to the number of hospital beds in the institution. An average-sized hospital with 150 beds, for example, might have 20 ventilators. If more were needed, hospitals that need them could rent them, he says — at least for now. But if there's a surge of need in a particular community — patients with serious pneumonia from COVID-19 or pneumonia related to flu, for example — all hospitals in the area would be competing to rent from the same place. "So that's a very finite resource" he says.

The latest study available estimates there are about 62,000 ventilators in hospitals nationwide. That figure is seven years old — so the actual number could be higher.

There are also some machines in federally stockpiled emergency supplies, though the exact number isn't public.

"There is a strategic national stockpile of ventilators, but the numbers are classified," says Toner. It's been "publicly stated," he says, that there are about 10,000 ventilators in the national stockpile. "That number might be a bit outdated, but it's probably about right," he says. Other estimates range from 4,000 to somewhat less than 10,000.

While any extra ventilators would be an important addition, Toner says it likely wouldn't be enough to sustain the entire country through an experience like that seen in Wuhan, China.

If there's not enough capacity at one hospital, it may be possible to transfer patients to another, he says.

"Not every community is going to be hit simultaneously; some cities will be badly affected while others are not so badly affected and then the wave of disease will move on." So, in some cases, Toner says, it seems likely that patients could be transferred from an area where ventilators are scarce to an area where the supply is adequate.

But if hospitals continue to be overwhelmed, he says, at that point, "tough decisions would have to be made about who gets access to a ventilator and who does not."

All health care providers and hospitals are now working overtime to try to prevent that sort of scenario.

Dr. Craig Coopersmith with Emory University School of Medicine, and a spokesperson for the Society of Critical Care Medicine, says he sees signs all across America that medical communities are working together to prepare.

Evergreen Hospital in Washington State, for example, which treated some of the first U.S. COVID-19 patients in late February, this week posted online its own "Lessons for Hospitals." There has been a lot of ongoing communication, Coopersmith says, between hospitals, professional societies and individuals — in person, by phone and via shared Listservs and social media.

"In multiple ways, people are linking with each other to say 'I'm not going to do this in isolation; tell me how you're doing this, let me tell you how I'm doing this and let's share lessons with each other,' " Coopersmith says.

The pandemic, he adds, is "remarkably challenging. But he sees the health care system's response to it as remarkably heartening, "with everyone working together to ensure what's best for patients, caregivers and the community."