Accessibility links
Elbow Bumps, Peace Signs And Namaste: How To Say Hi Without Spreading Germs : Shots - Health News Around the world, people are experimenting with new ways of expressing friendliness — without touching skin. 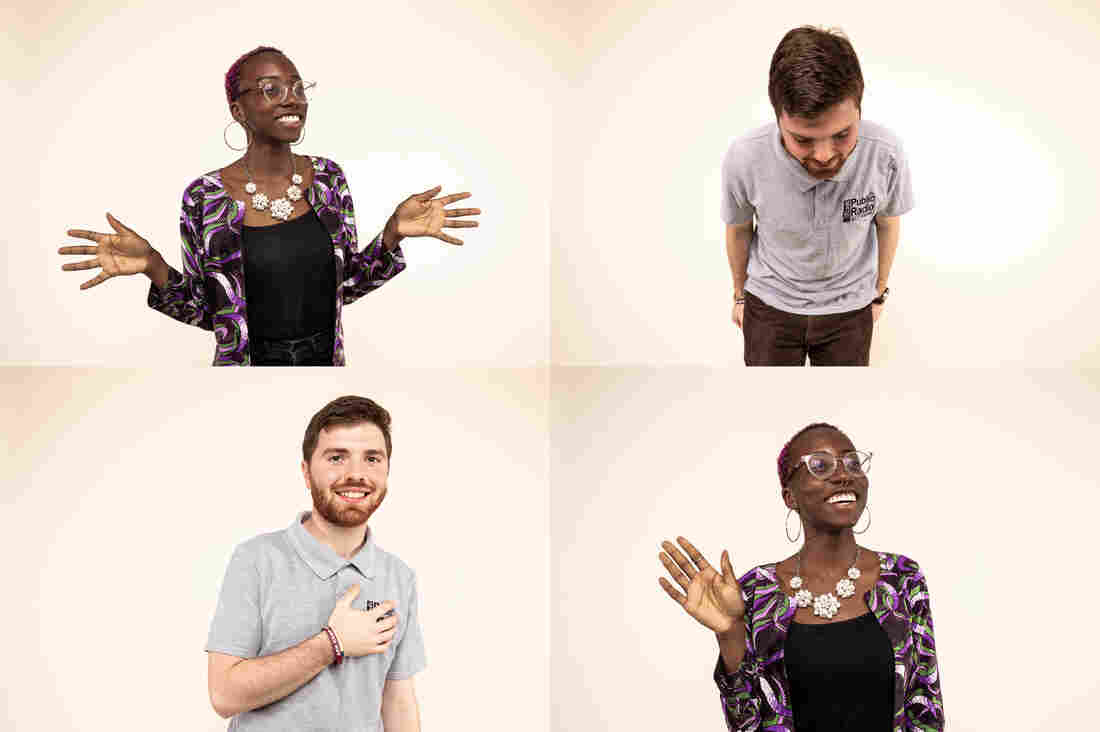 Practicing social distancing and getting creative with no-touch greetings are key methods to curbing the spread of the novel coronavirus. Max Posner/NPR hide caption 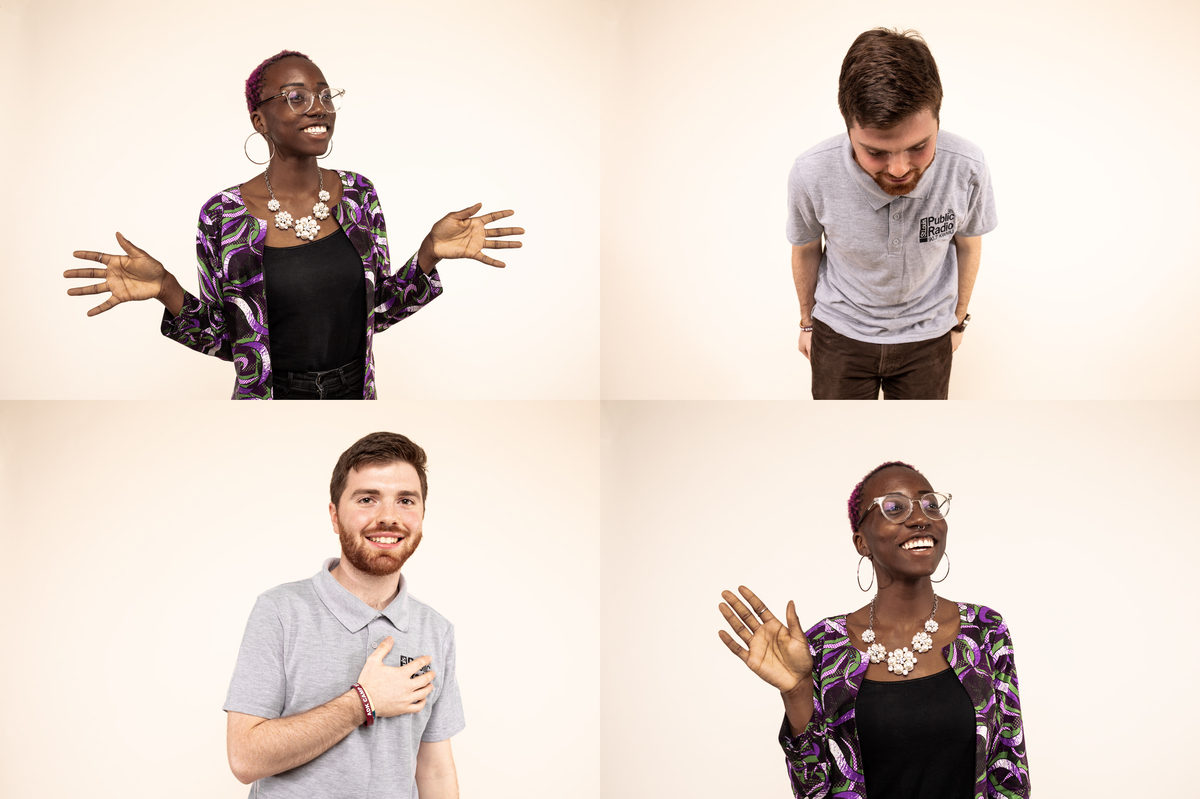 Practicing social distancing and getting creative with no-touch greetings are key methods to curbing the spread of the novel coronavirus.

The way the world says hello is changing. Quickly.

In lieu of the germ-rich exchange of the handshake, alternative salutations are taking hold.

In Tanzania, President John Magufuli introduced a low-touch greeting when he met with the opposition leader from Zanzibar Seif Sharif Hamad, reports Eyder Peralta, NPR's correspondent in east Africa. It takes the form of a catchy, two-part salute, using both hands and feet.

In the Eastern Democratic Republic of Congo, "because of Ebola, not coronavirus, people did the Ebola greeting, which involved bumping elbows," Peralta says. It's become popular in other parts of Africa and around the world.

Elbow bump. It's what we did in Liberia during Ebola. Do it with a big smile, everyone laughs and loves it. https://t.co/EZKF5U5euo pic.twitter.com/ha7oW0i2qK

In Italy, a culture known for warmth and intimate greetings, "there has been a very sudden change. Old habits [are] being cast aside," says Sylvia Poggioli, NPR's correspondent in Rome. "The outbreak is having a major effect also on the Italian character. Italians are getting used to less intimacy in public."

And what are Italians doing instead? "I've mainly seen elbow bumping, or simply waving from a distance," Poggioli says.

In Israel, NPR correspondent Daniel Estrin says he's embraced the fist bump. And norms do seem to be shifting. "My Palestinian colleague says she paid a condolence call to a mourning house and no one was kissing cheeks or shaking hands as is traditional," Estrin says.

At a time with public events such as Purim parades are canceled, Israel's Prime Minister Benjamin Netanyahu is suggesting people adopt "Namaste," a traditional greeting in India. He demonstrated at a recent press conference, with his hands pressed together and a slight bow.

PM Netanyahu asks Israelis to do ‘namaste’ instead of shaking hands amid coronavirus fearshttps://t.co/ohFsgsxBLa pic.twitter.com/RH32KtL9SN

In London, NPR correspondent Frank Langfitt says, "There are signs that Brits, who are not huggers like Americans, are changing the way they greet one another."

At a recent Commonwealth Day ceremony at Westminster Abbey, Boris Johnson refrained from shaking hands, explaining later at a press conference that he's following the lead of the government's medical officers.

In Paris, a city where cheek kissing is as common as pain au chocolat, norms are shifting too.

NPR's Eleanor Beardsley, our correspondent in Paris says, "People are being told not to do "la bise" anymore (that's the traditional cheek-kiss greeting) or shake hands."

And she confirms the new keep-your-distance approach to greeting seems to be catching on. "Parents interviewed dropping their kids off at a Paris school said they were not doing the bise anymore," Beardsley says.

"It's changing everything," Beardsley says. Some people are doing the "corona bise," she says, "where you kind of just kiss at the air."

But not everyone in France is on board. "I just asked a waiter in the café where I'm sitting and he says he's still doing the bise," she shared via e-mail. "He says it's actually much safer than a handshake because there are way more germs on your hands than on your cheek."

This survey finds 91% of those surveyed in France continue to do la bise with their close friends and family.

Meanwhile, in the U.S., on Twitter people are sharing some creative alternate greetings: Jazz hands, peace signs, air high-fives, and finger guns were among them.

My sister is a genius! While discussing all things coronavirus with her we were talking about greeting others and what's best. Elbows, feet, bowing...then she said...none of those...JAZZ HANDS! Soooooo...hey, y'all! #CoronavirusPandemic pic.twitter.com/tw6Y07nywL