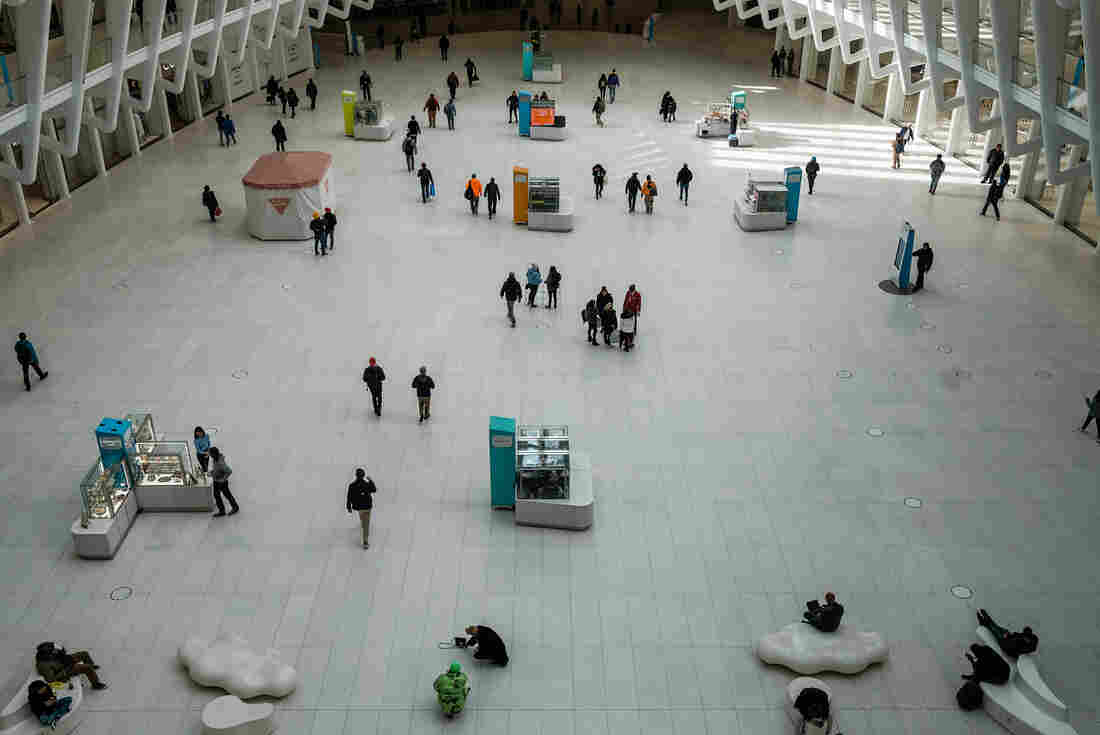 The normally busy transportation hub at the World Trade Center in Manhattan was sparsely populated on Monday. The governors of New York, New Jersey and Connecticut have banned all gatherings of 50 or more people. Gabriela Bhaskar/Bloomberg via Getty Images hide caption 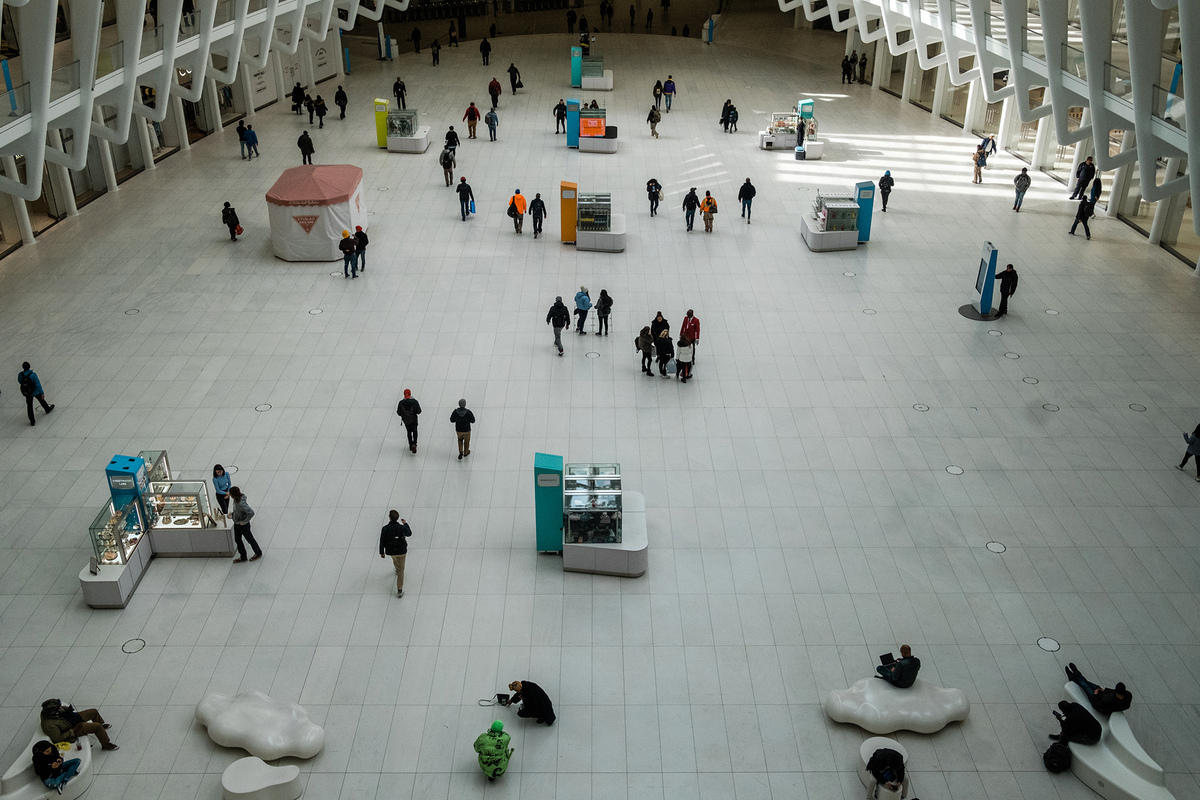 The normally busy transportation hub at the World Trade Center in Manhattan was sparsely populated on Monday. The governors of New York, New Jersey and Connecticut have banned all gatherings of 50 or more people.

The United States is facing a grim dilemma: either effectively shut down society for months to prevent transmission of the coronavirus or see health care systems overwhelmed by people needing treatment for severe infections.

That's the conclusion of a influential new analysis by a well-respected group at Imperial College London that does computer simulations of outbreaks.

Its findings put policymakers in a bind as they think about how to move forward in the weeks ahead when there's no vaccine or proven treatment.

"The take-home message of that Imperial College model is that in order to keep from overwhelming the health care system with severe cases, we are going to have to have very tight controls in place on transmission through social distancing. And those controls are going to be so tight that they will be economically and socially very damaging," says Marc Lipsitch, an expert on infectious disease modeling at Harvard University.

"There's no really good option that doesn't involve at least one of those two problems," he added. "And in fact, both could happen if we aren't very careful about how we manage things."

Predictions from models like this one appear to have had a major impact on top officials' decision to recommend that all Americans avoid groups of 10 or more people, stay away from bars and restaurants, and not travel unnecessarily.

"We had new information coming out from a model, and what had the biggest impact in the model is social distancing: small groups, not going in public in large groups," said Dr. Deborah Birx, who serves as the coronavirus response coordinator for the White House Coronavirus Task Force, as the White House announced the recommendations on Monday.

On Tuesday, however, President Trump said his task force had looked at a variety of models. There was no particular model, he said, that prompted him to move forward on the new social distancing recommendations.

"This is where we were going, this is what we had in mind," Trump said. "This is the next logical step."

The trouble is, according to the Imperial College model, it's not clear what steps should come after this one.

The researchers predicted that if the United States did absolutely nothing to mitigate the spread of coronavirus, about 2.2 million people would die.

One option they considered was a relatively modest restriction on social activity. It combined home isolation of cases, home quarantine for household members, and social distancing for only those over 70. This approach cut deaths in half and reduced peak health care demand by two-thirds, they found.

However, it still resulted in many deaths and overwhelmed intensive care units. The simulation showed that the surge capacity of hospitals would be exceeded by at least eightfold. Even if all patients were treated, the U.S. would see more than 1 million deaths.

In the model, keeping the numbers of deaths low and keeping health care systems functioning required social distancing for the entire population, over a long period of time.

"It is likely such measures — most notably, large-scale social distancing — will need to be in place for many months, perhaps until a vaccine becomes available," researcher Neil Ferguson said in a written statement provided by the college. "The effects on countries and the world will be profound."

The researchers suggest that by closely monitoring trends in infections, it might be possible to lift the public health measures temporarily, but then reinstate them if numbers of cases began to rise.

"It's a good summary of where we are and the choices we have," says Cécile Viboud, who does infectious disease modeling at the National Institutes of Health. "Like every modeling study, it has a lot of uncertainty."

In the weeks ahead, the experience of China and South Korea could help show how slowly relaxing social distancing requirements might affect the spread of the disease and whether it leads to rebounds that might stress the health care system.

"We could learn a lot from that. I'm very hopeful about the South Korean situation and experience," Viboud says, noting that South Korea is testing a lot and isolating people with the virus and their contacts. "There's limited social distancing."

In the meantime, social distancing in the U.S. is buying time for hospitals to increase their capacity and for labs to ramp up diagnostic testing. It's also giving policymakers an opportunity to try to think of new approaches to the crisis that would get them out of the current bind.