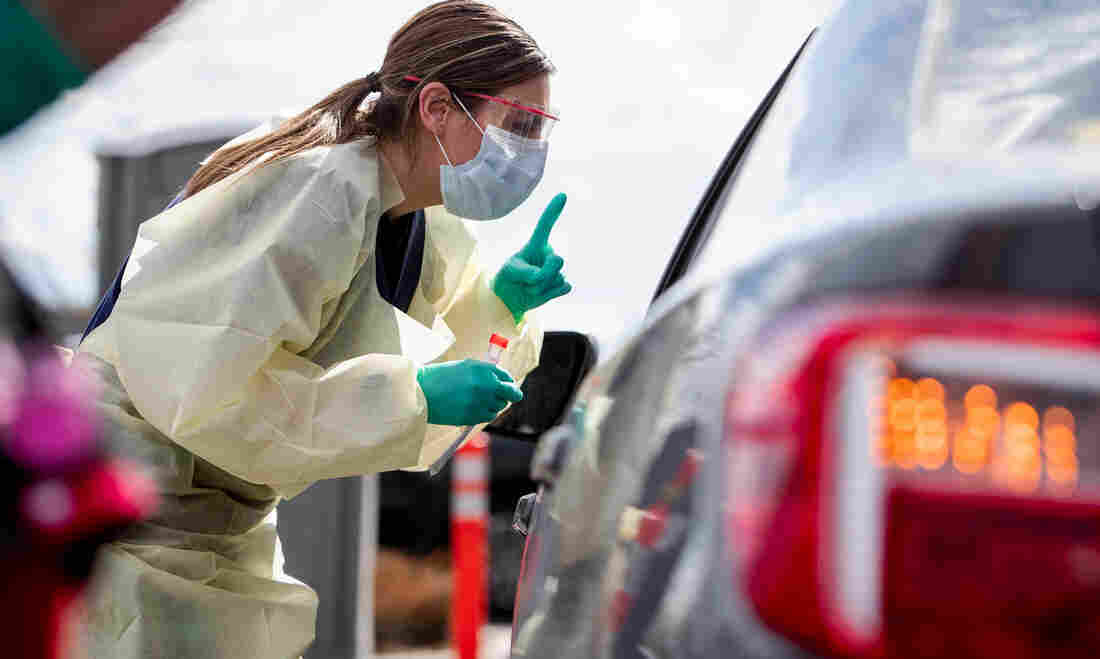 Drive-through screening stations are opening up in several parts of the country as testing capacity starts to expand nationally. At one station in Meridian, Idaho, nurse Ashley Layton communicates with a patient before taking a swab sample. Darin Oswald/Idaho Statesman/Tribune News Service via Getty Images hide caption 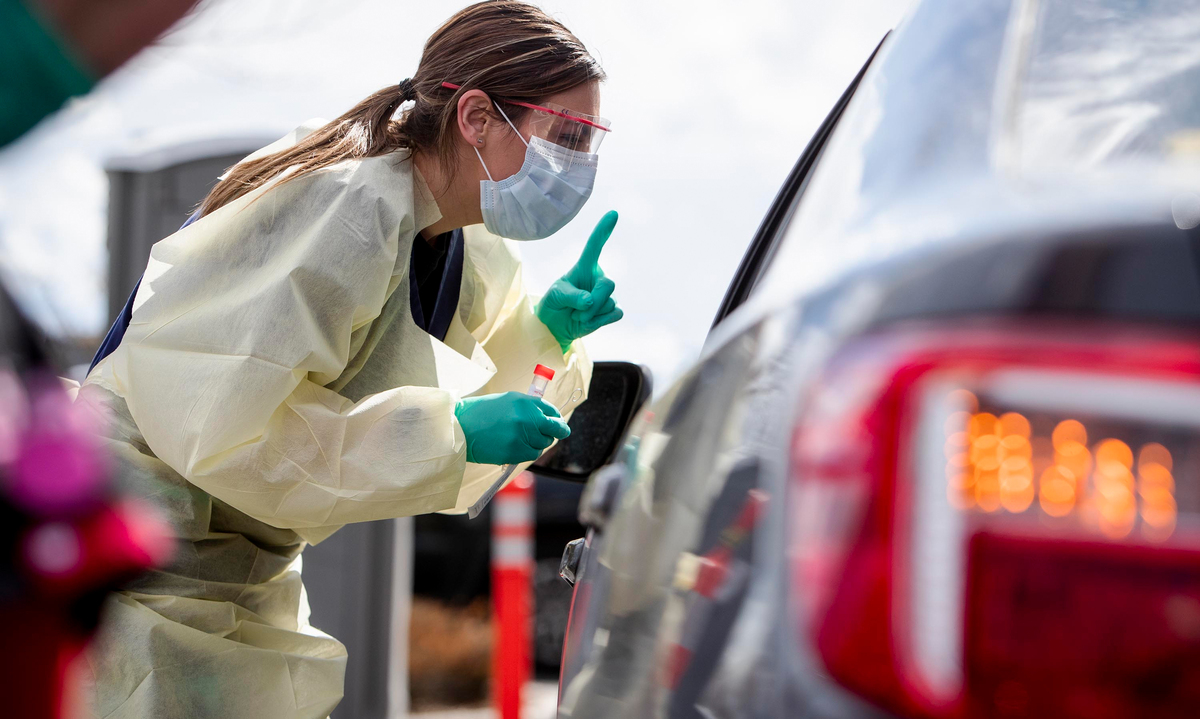 Drive-through screening stations are opening up in several parts of the country as testing capacity starts to expand nationally. At one station in Meridian, Idaho, nurse Ashley Layton communicates with a patient before taking a swab sample.

Most experts are pushing for making more testing available even faster, but some also question some of the steps the government is taking to try to make that happen.

More than 71,000 tests have been done so far in the U.S., according to the Covid Tracking Project, and thousands more are being conducted each week by federal and state labs, hospitals and private companies, officials say.

"It's important for people to understand that testing is happening all over the country," said Vice President Mike Pence, at a recent press briefing.

Every state public health lab is now testing, new high-volume, high-speed tests have been approved and are being shipped around the country, and some drive-through testing sites are slowly starting to open. The federal government hopes to open 47 drive-through sites in 12 states soon.

"These are blossoming all over the country," said Brett Giroir, assistant secretary for health at the Department of Health and Human Services at a press briefing. Giroir is leading the federal government's efforts to boost testing.

But there's still not nearly enough testing, experts say. Most other countries with outbreaks have done a great deal more testing. For instance South Korea has tested more than 270,000 people to date.

"The testing capacity remains extraordinarily limited compared to where we should be. And in many ways we are absolutely flying blind at the moment," says Michael Mina, an epidemiologist at the Harvard T.H. Chan School of Public Health.

Health officials need to know who is infected to properly fight the epidemic — to know how best to treat patients, spot new outbreaks early, and decide where to put more resources to calibrate the response, he says.

In response to continued critique of the limited testing capacity, the Food and Drug Administration announced Monday night it has taken several new steps, including letting states get their own testing systems going.

New York had requested and received this authorization to expand testing capacity. This new flexibility from the FDA could allow states to take steps such as permitting the use of new unapproved tests or letting labs not previously authorized to begin testing.

But some experts fear that step may not help much because most states don't have the legal authority, expertise or staff to set up their own testing systems.

"As a practical matter, not all our states really are in a position to take that role, especially while they are tied up with response," Blank says.

The FDA also announced that private companies could start selling their tests before they've even finished getting reviewed by federal regulators.

But that makes Blank and other experts nervous.

"The danger is you're going to get the wrong results," says Blank, including "false positives" that unnecessarily alarm patients that they are infected when in fact they are not.

But even more concerning would be the problems of "false negatives," Blank says.

"You're telling somebody, 'Oh, you're OK. It's negative. You can go your way,' when in fact, they have the novel coronavirus. Then you've got somebody with the virus who's in the community. And they don't know it," Blank says.

And so they could end up spreading it to more people.

The companies making these tests say they'll make sure they're accurate.

"It's not just flipping a switch," says Julie Khani of the American Clinical Laboratory Association, a trade group representing medical labs. "We take that responsibility very seriously and labs are doing all that they can to make sure that we have accurate and reliable testing that physicians and patients can count on."

But some worry that as testing does expand, another problem might arise: A shortage of what's needed to administer tests, such as the chemical ingredients for the tests and trained workers to take and process the samples.