Accessibility links
Concerns About Ibuprofen And COVID-19 Are Overblown, Most Experts Say : Shots - Health News The World Health Organization and other experts say there's no real evidence that patients taking the drug to ease symptoms have negative effects. But for fever, Tylenol is often recommended first. 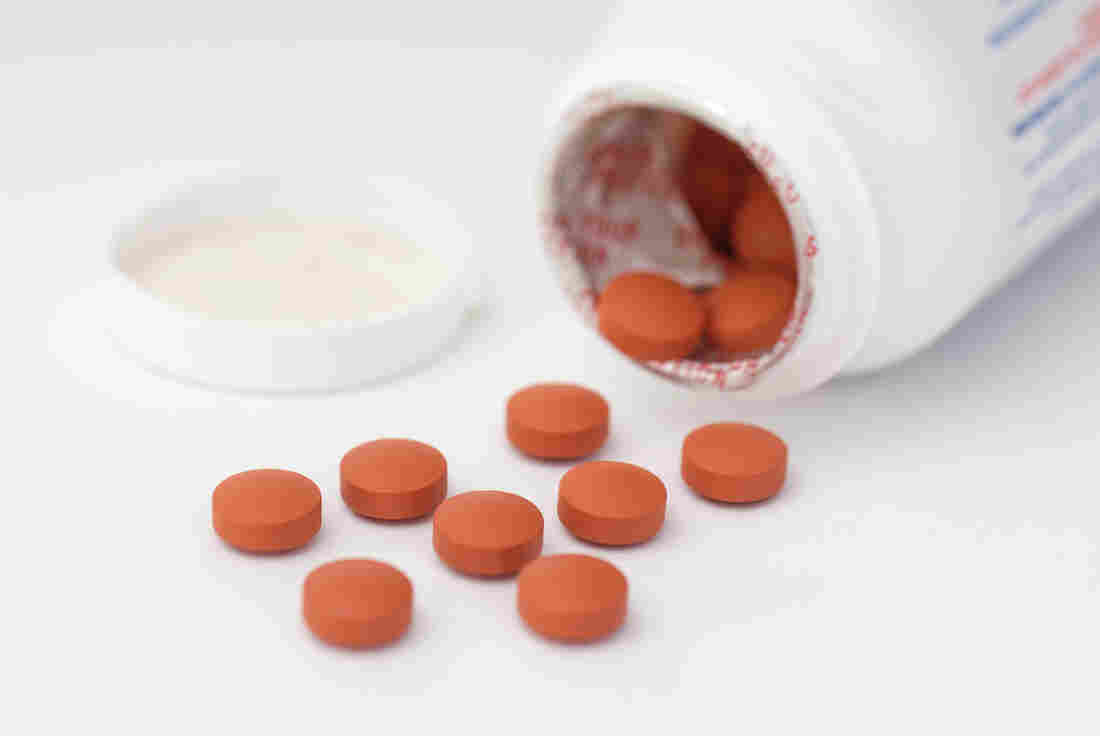 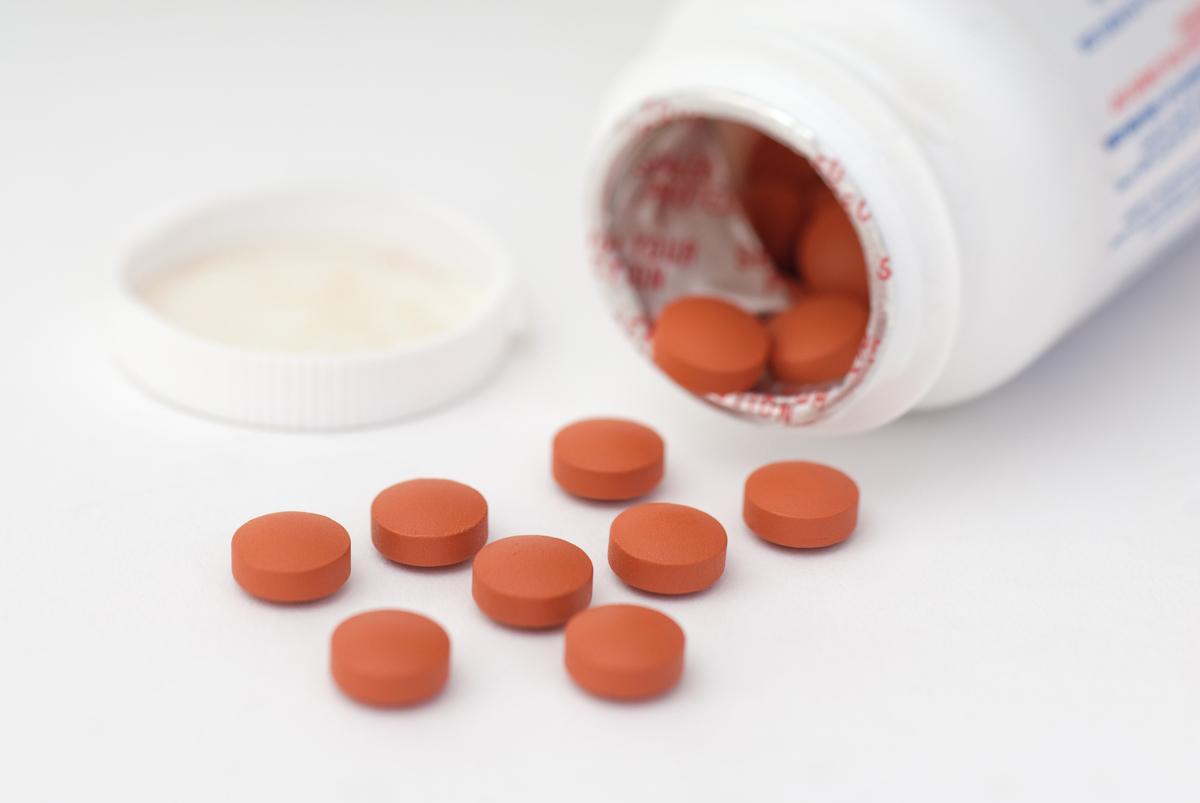 There's "currently no scientific evidence establishing a link between ibuprofen and worsening of COVID‑19," the European Medicines Agency advised Wednesday.

Over the past few days, social media has lit up with reports, picked up by some media outlets, that taking drugs like ibuprofen to ease COVID-19 symptoms could actually worsen the progress of the illness.

But most infectious disease experts say there's no good scientific evidence at this point to support that claim.

The furor was sparked by a tweet by the French health minister, Olivier Véran, over the weekend. He warned people not to take nonsteroidal anti-inflammatory drugs, or NSAIDS — a category of pain relievers and fever reducers that includes ibuprofen — because some French COVID-19 patients had experienced serious side effects. The warning was also included in a bulletin from the French health ministry, which counseled that patients should instead use acetaminophen, the generic name for Tylenol.

But the European Medicines Agency issued a statement Wednesday saying that while it is monitoring the situation, there's "currently no scientific evidence establishing a link between ibuprofen and worsening of COVID‑19."

Dr. Carlos del Rio, a professor of infectious diseases and global health at Emory University's Department of Medicine, agrees. "I think the minister of health of France is wrong [in] prohibiting the use of ibuprofen based on limited data," he says.

The World Health Organization is looking into the matter, says spokesperson Christian Lindmeier, "but after a rapid review of the literature, [the WHO] is not aware of published clinical or population-based data on this topic." A few media outlets have reported that WHO is now advising against using ibuprofen to treat fevers in patients with COVID-19 symptoms, but Lindmeier tells NPR that's not true.

"Based on currently available information, WHO does not recommend against the use of of ibuprofen," the WHO stated on its official Twitter account, adding, "'We are also consulting with physicians treating COVID-19 patients and are not aware of reports of any negative effects of ibuprofen, beyond the usual known side effects that limit its use in certain populations." For instance, ibuprofen and other NSAIDS can trigger symptoms in some people with asthma.

The questions about ibuprofen's safety for COVID-19 patients seem to have stemmed, in part, from a letter published in The Lancet last week hypothesizing the ways various medications could, perhaps, increase the risk of infection with the coronavirus. Research has shown that the virus attaches itself to cells in the lungs by way of an enzyme — angiotensin-converting enzyme 2 (ACE2). The Lancet commentary suggested that taking ibuprofen might increase the number of ACE2 receptors on a cell, which could make someone taking the drug more vulnerable to infection.

But just because you have more ACE2 receptors doesn't mean you're more susceptible to infection, says Rachel Graham, a virologist at the University of North Carolina Gillings School of Global Public Health. She's one of the researchers who discovered how the coronavirus binds to cells.

"You can have low levels of ACE2 and still be susceptible," Graham says. What's more, she adds, the evidence that taking ibuprofen increases these receptors is almost nonexistent.

"This is why we have clinical trials to inform our medical decision-making," rather than relying on a few anecdotal cases, says Dr. Krutika Kuppalli, an infectious disease physician and fellow with the Johns Hopkins University Center for Health Security. Kuppalli says she doesn't see the Lancet letter as a reason to avoid ibuprofen for COVID-19, though she always tells her patients to use Tylenol for fever "because its mechanism is thought to affect the temperature regulating center of the brain."

Dr. Angela Rogers, a pulmonologist at the Stanford University Medical Center and chair of its intensive care unit's COVID-19 task force, notes that Tylenol is the go-to medication for patients who are sick enough to be hospitalized for any infection. That's because these patients are at higher risk of damage to internal organs, including kidneys. And kidney damage can be a side effect of ibuprofen for some patients who use it long-term in higher doses, says Rogers, whose research focuses on the kind of acute respiratory distress experienced by the most severe COVID-19 cases.

Of course Tylenol, like any medicine, isn't risk-free either; Rogers notes that acetaminophen can cause serious liver damage in high doses. In low doses, though, she says, Tylenol is "very effective" for reducing fever and "very safe."

As for what Rogers would advise for patients who are treating symptoms of COVID-19 at home?

"We don't have a lot of evidence in this disease in general," she says. Like the other physicians and scientists NPR spoke with, Rogers emphasizes that any evidence that ibuprofen exacerbates the coronavirus disease is faint at best. That said, "If people have no liver disease and it makes them feel a little bit more secure to start with Tylenol first, that might be a reasonable way to do it."